One-hundred and thirty-seven German prisoners of war will be located in Reedsburg to help with the canning of peas in this region,” announced an article in the June 28, 1945, issue of the Times-Press. The Prisoner of War camp was located at the north end of Webb Avenue, where the swimming pool is today, and consisted of several large tents and a few portable buildings. Reedsburg Foods Corporation contracted their help and paid 60 cents per hour. Prisoners were also trucked to the North Freedom and Baraboo canning factories. Workers received 80 cents per day for “canteen money,” and put in a 12-hour day, six days a week.

Workers were badly needed to bring in the harvest as local men were serving in the armed forces. Whenever civilian labor became available, prisoners were removed from the ﬁelds.

The prisoners received no cigarettes, candy or beer and their daily ration was set at 35 cents per man per day. The menu consisted largely of carp and pickled herring, along with beef hearts and liver. They also received margarine, sugar and fresh vegetables.

Local citizens were warned to stay away from the camp. “These men are prisoners of war, and are of no concern to the public,” said Frank Camp, police chief. “They are under the direct supervision of the army, and citizens of this city and community should ignore them.”

Twenty guards, veterans of the South Paciﬁc, and two officers were in charge of the camp. Reedsburg citizens were asked to open their homes to these veterans while they were in the city.

“Is Nazi POW labor preferred over local labor?” wrote an angry citizen to the Times-Press that July. “Are not these POWs the same Nazis that have violated every law of God or man? Are not these the same Nazis who took helpless men, women and children and members of the Allied armed forces and cremated them in ﬁery furnaces?”

The writer complained that World War I veterans and servicemen on furlough had been refused work at the factories. He said that the jobs, “rightfully belonged to the deserving men and women of our community.” He wanted to know who on the city council and at the factory had been responsible for bringing the Nazis to the city. “Have the men and women of our armed forces who died on foreign battle ﬁelds, made the supreme sacriﬁce to bring something like this about? Have the Gold Star mothers of our community made this great sacriﬁce, giving of their own ﬂesh and blood to bring something like this about?”

A few weeks later, another letter to the editor, written by Sherry Korth, responded to the angry writer, she surmised the writer had been refused a job and decided to blame it on the POWs. “Those POW are plain German men, who were forced to ﬁght under leadership of the Nazi party. Are they to blame for the horrible atrocities which were given our American soldiers in Germany?” she asked. The Nazis were getting their just due for the crimes committed on humanity. “We are an understanding nation. Justice is done where need be, in some form or another,” she wrote.

“This nation has a very heavy responsibility. We must make these POW, as well as the rest of the German country, realize the destruction and disquietude of war and at the same time we must teach them the method of democratic living. Of living in peace and serenity.”

After having visited several prisoner of war camps in the states, Korth noted the “terrifying sights” she had seen, which brought tears to her eyes. They were religious men, reading their Bibles and singing hymns in the medical wards. “They are ﬁnding life again...we are giving them the advantage of an education. Upon their return to their country they will have to start life anew in very destructed and torn surroundings.” She wrote that they should be shown compassion and understanding.

Korth concluded her letter by saying, “No, [local reader] these are not the same Nazis that have violated every law of God and man. They were victims of a man called Hitler, who must have been hit by the devil himself.”

BLUE ZONES: Come roll with us

More than 900 people in 48 states have been infected with salmonella, and their illnesses are likely linked to backyard poultry, the CDC reported.

Florida's Broward County sheriff says he's got no plans to end an operation cracking down on large gatherings, which has already resulted in more than 200 citations.

Operation Warp Speed leader says he expects coronavirus vaccine to be highly effective, 'in the 90%' range

The head of the government's effort to develop a vaccine against Covid-19 says he expects the vaccine to have efficacy rates "in the 90%" range -- but that there might not be enough vaccine available for all Americans until the end of next year.

A new survey found that parents who are stressed by having to help their children with distance learning drink seven more drinks per month than parents who do not report feeling stressed.

U.S. cities with the worst roads

By forcing many Americans to stay home, COVID-19 created a rare opportunity for states to accelerate much-needed road repairs without interrupting daily commutes.

Although the coronavirus pandemic has changed the way people enjoy food, Tripadvisor's list gives recognition to restaurants that were making waves in the early months of the year.

Coronavirus resurgence is moving to the Midwest after cases spike across the South and West, expert says

The resurgence in coronavirus infections that has rocked the US South and West is now making its way to Midwestern states. 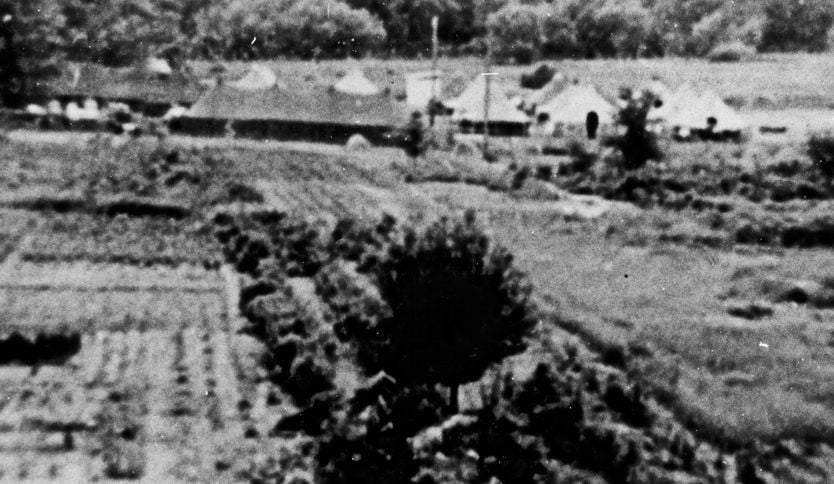 The POW camp was located on Webb Ave., near where the swimming pool sits today. Tents can be seen in the background, with a Victory Garden in the foreground.