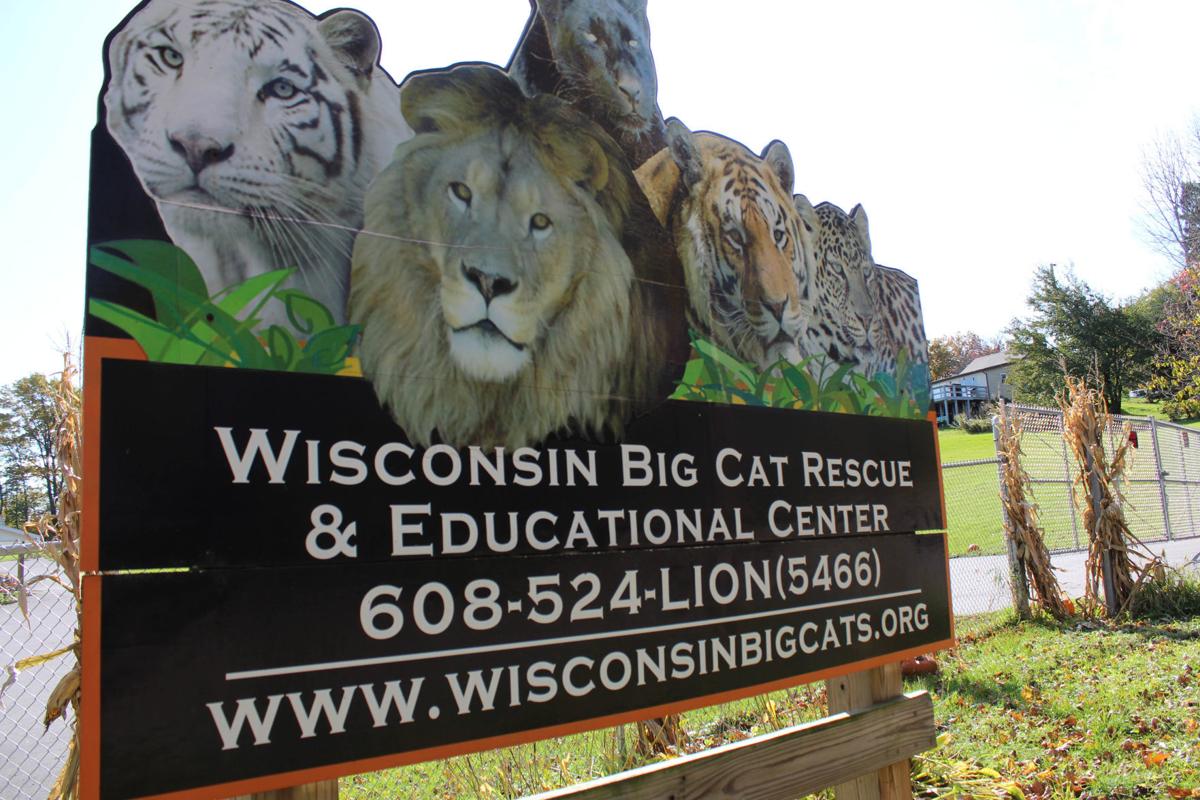 Wisconsin Big Cat Rescue and Education Center in Rock Springs will expand its facility to include four cabins and a larger parking lot. 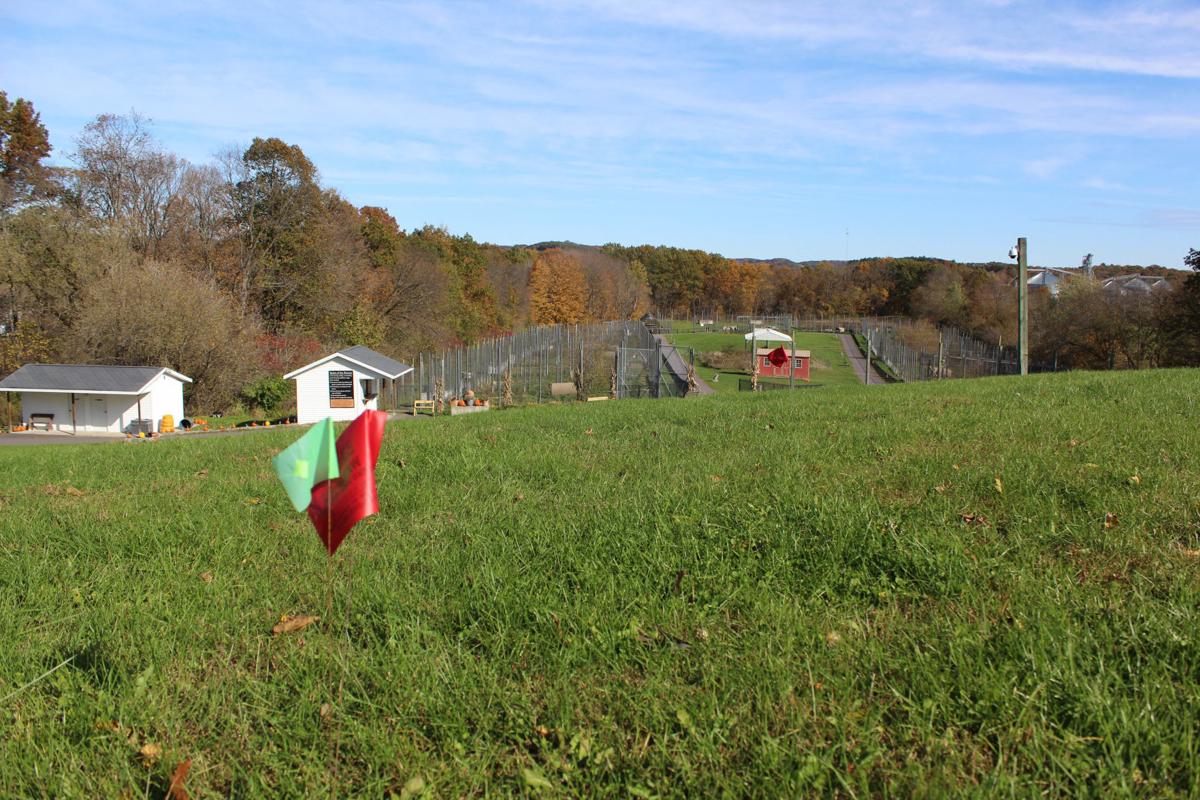 The flags indicate the location of the two cabins on the hill that will overlook the entire facility at Wisconsin Big Cat Rescue and Education Center in Rock Springs.

The animal rescue center in Rock Springs, that hold 21 lions, leopards, links and tigers, plans to build four cabins and expand its parking lot to accommodate for more people to visit the facility. The village board approved the building permits for the expansion at its Oct. 21 meeting.

Rock Springs Trick or Treat with the Big Cats scheduled for Oct. 26-27

Founder Jeff Kozlowski, who runs the facility with his wife Jenny, said he was glad the board approved the permits allowing Big Cat Rescue to expand.

He said the organization plans to build two 730 square foot cabins including a family cabin and a one-bedroom cabin, on a hill overlooking the facility. The family cabin will have one bedroom with a King size bed and two lofted beds for children to sleep. Eventually, the organization will expand to four cabins on a hill overlooking the rescue, he said.

Each cabin will have a kitchen, dining room, a sofa sleeper, electric and running water and a deck outside to view the Big Cats fire pit, he said. It will also have couches, dining room tables, bathrooms, dishes and kitchen amenities for cooking, including a grill. One of the cabins will have a bathroom that includes wall side showers and a large Jacuzzi tub.

“We’re just having a unique experience,” Kozlowski said. “That’s why we are only going to get four (cabins) so that it’s more personal.”

The interior design is still being decided, he said. Cost per cabin has not been determined yet.

Kozlowski said the rescue plans to start construction of the two cabins after its annual Halloween event, Trick or Treat with the Big Cats, the weekend of Oct. 26-27 and complete it in spring 2020.

Besides hearing the big cats roar at night, a stay at the rescue will include entrance to the facility and the morning feeding tour, where one can watch the staff and volunteers feed the cats through a cage.

The expansion is estimated at $100,000 and the organization will fund the project, said Kozlowski. It is reaching out to volunteers to help with the project and cut down costs, he said.

Kozlowski said the next step after constructing the cabins is constructing its Vet and Education Center next year so the big cats can receive medical care on site rather than be transported to Madison.

The estimated time frame for that project and the construction of the two other cabins will depend on how much money is raised in the summer from people staying at the cabins, he said.

Last year, the Lake Delton Village Board approved concept plans that would’ve moved Big Cat Rescue to Lake Delton for the construction of a 99-acre campground that would have included tent and RV camping as well as room for the Big Cats, petting zoo and other animal rescues. However, the Kozlowski’s decided it was best to stay and help the village in its recovery efforts in the aftermath of the devastation of the 2018 floods.

Thinking back to when the facility first started in 2005, Kozlowski said Rock Spring was the village that welcomed them. Now in a time of need, he wants to return the effort and help the village in attracting more people and businesses to the village of less than 400 people, especially with it looking to relocate its entire downtown out of the Baraboo River flood plain to higher ground.

“We’re here for the long haul,” he said. “No matter what comes up this is where we’re staying.”

Wisconsin Big Cat Rescue and Education Center in Rock Springs will expand its facility to include four cabins and a larger parking lot.

The flags indicate the location of the two cabins on the hill that will overlook the entire facility at Wisconsin Big Cat Rescue and Education Center in Rock Springs.