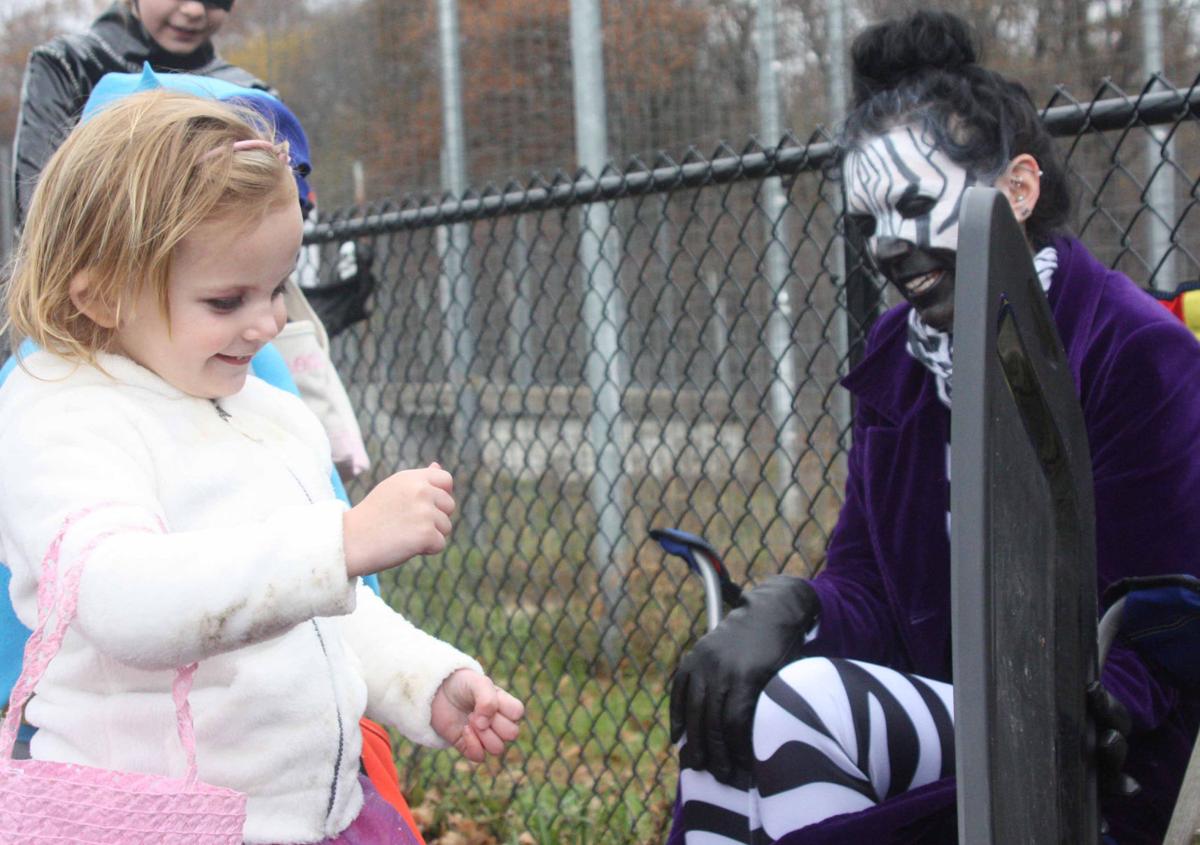 Sarah Ragan, then three-years-old on left, of the Wisconsin Dells takes a piece of candy from one of the stops at last year's Trick or Treat with the Big Cats at the Wisconsin Big Cat Rescue and Education Center. 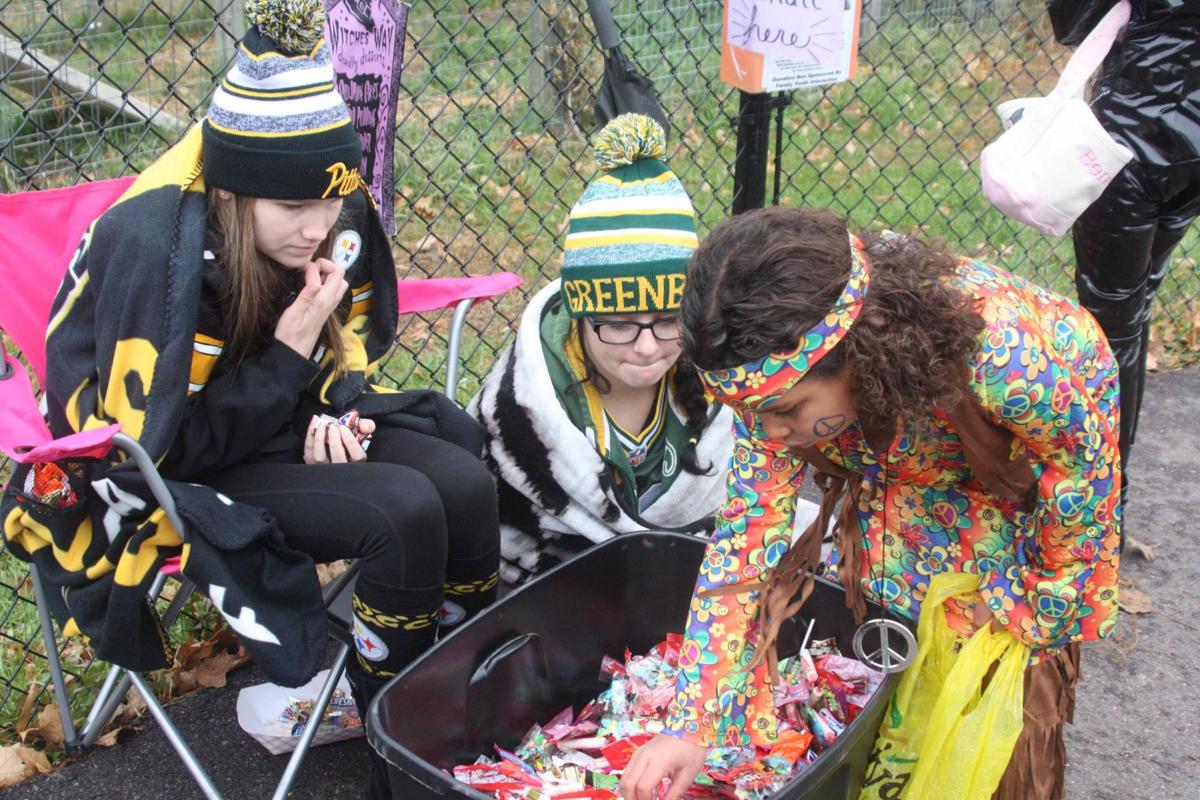 Dressed as a hippie, Vivianne Lee of Rock Springs, right, takes candy at one of the stops during last year's Trick or Treat with the Wisconsin Big Cats at Big Cat Rescue and Education Center.

ROCK SPRINGS — Owner Jeff Kozlowski said Trick or Treat with the Big Cats is a reverse day for the animals at the Rock Springs facility.

The thousands of people walking around Big Cat Rescue and Education Center in costume during the weekend is something the 21 Lions, tigers, leopards and lynxes enjoy, Kozlowski said.

“People get to come and look at them all the time now they get to look at all of people in the costumes,” he said.

The event is scheduled from 10 a.m. to 5 p.m. Oct. 26-27 at the animal rescue facility at 305 Pine St., Rock Springs. Parking will be available in a grass parking lot across the street from the rescue. The event will be held rain or shine.

Kozlowski said 20 stations will be set up along the facility’s premises one in front of each animal, for trick or treaters to walk around and gather candy from volunteers.

Staff will throw pumpkins in the animal’s cages for attendees to watch them “carve” their own pumpkins, he said. Anyone can sign up to volunteer for two shifts on both days and must dress up in costume.

The event is free to attend and donations of money or candy are welcome. Vendors selling brats, hot dogs, burgers, hot chocolate and hot apple cider are available for sale.

The event raises money for Big Cat Rescue to cover its expenses during the winter because it’s closed during that time. The event raises about $4,000 to $5,000 for the rescue, adding the amount raised depends on the weather.

“It usually makes us enough to keep us going in the winter,” Kozlowski said.

The event started in 2008 as a way to give the village hope after over 21 home were lost in the village as a result of the floods. In over a decade since the event’s started, it’s blossomed to over 10,000 people attending, attracting people from places outside the state, including New York and Connecticut, he said.

Kozlowski said he believes the event provide will provide hope to a village devastated by the 2018 floods and going through relocating its entire downtown out of the floodplain.

“We’re hoping it shows the village is not done for,” he said. “We will rebuild here once everything gets finished with FEMA.”

The rescue planned to move to Lake Delton. However, plans changed after the 2018 floods and Kozlowski, who owns the facility with his wife Jenny, decided it was best to stay in the village and help it rebuild. The rescue is looking into possibly expanding to build cabins for people to camp out that will overlook the rescue. He plans to discuss the cabins at the village’s Oct. 21 board meeting.

He said the animal rescue’s first Boozin’ with the Big Cats, a booze walk around the facility in front of the animals, brought in $6,000 with over 300 people attending the event. It was enough money to purchase a new electric cooler unit. He said Big Cat Rescue will likely host the same event again next August.

+38 GALLERY: Trick or Treat with the Big Cats Rock Springs

What: Trick or Treat with the Big Cats

Sarah Ragan, then three-years-old on left, of the Wisconsin Dells takes a piece of candy from one of the stops at last year's Trick or Treat with the Big Cats at the Wisconsin Big Cat Rescue and Education Center.

Dressed as a hippie, Vivianne Lee of Rock Springs, right, takes candy at one of the stops during last year's Trick or Treat with the Wisconsin Big Cats at Big Cat Rescue and Education Center.