Gov. Walker thanks volunteers, provides update on flood relief in Reedsburg
0 comments
Share this
{{featured_button_text}}
1 of 4 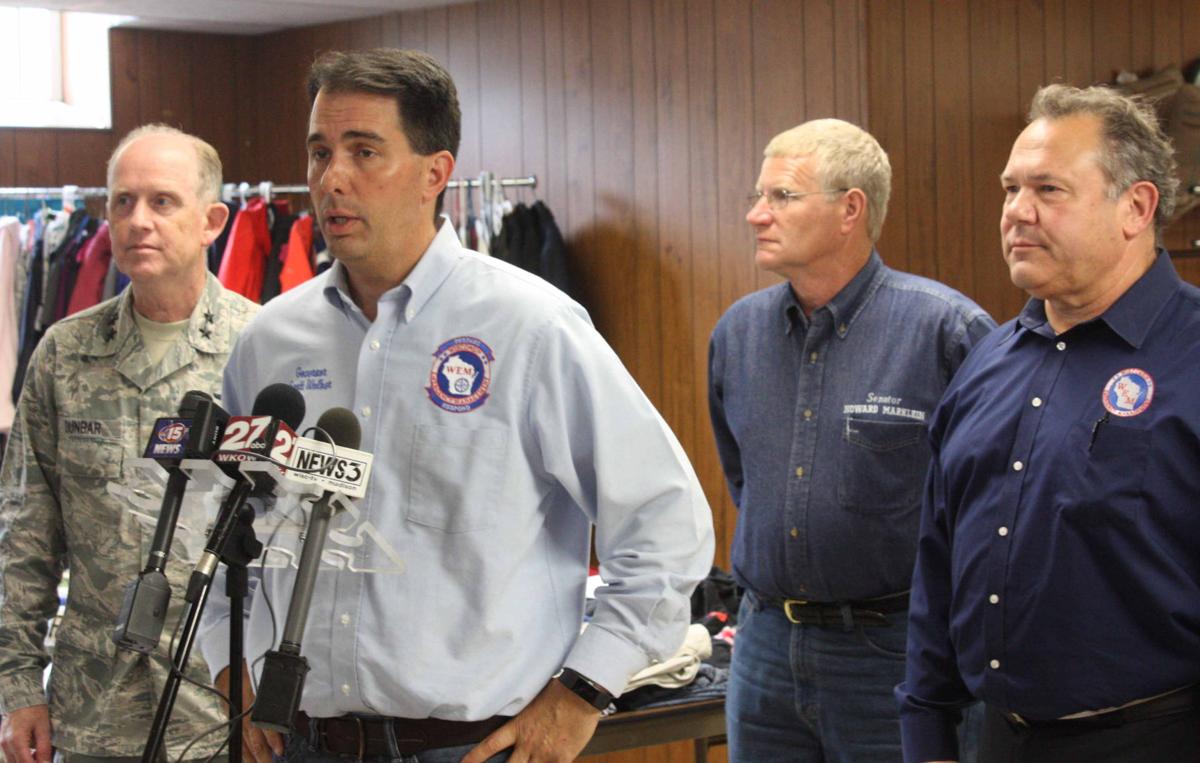 Gov. Scott Walker gives an update on flood relief and recovery efforts during a Sept. 7 visit to a donation center in Reedsburg. Walker is running for his third term as Wisconsin governor this fall. 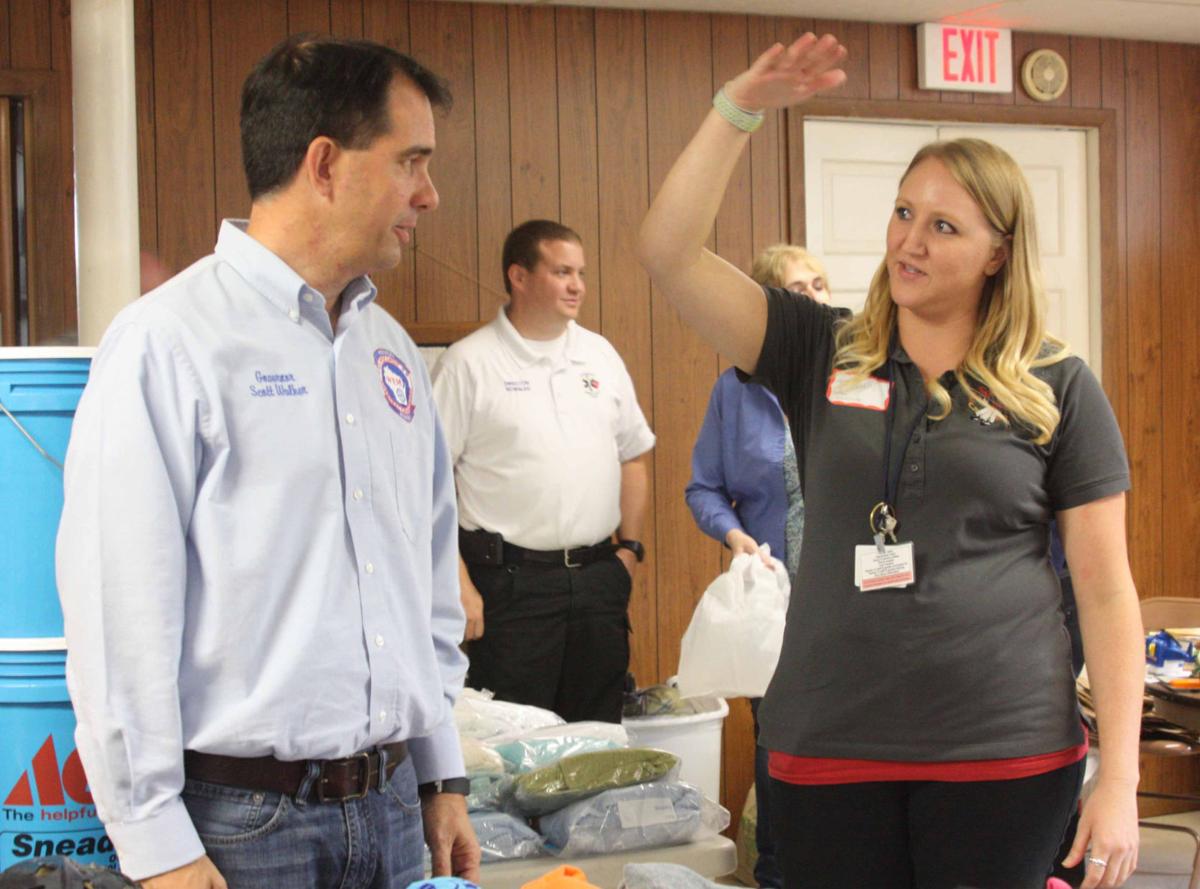 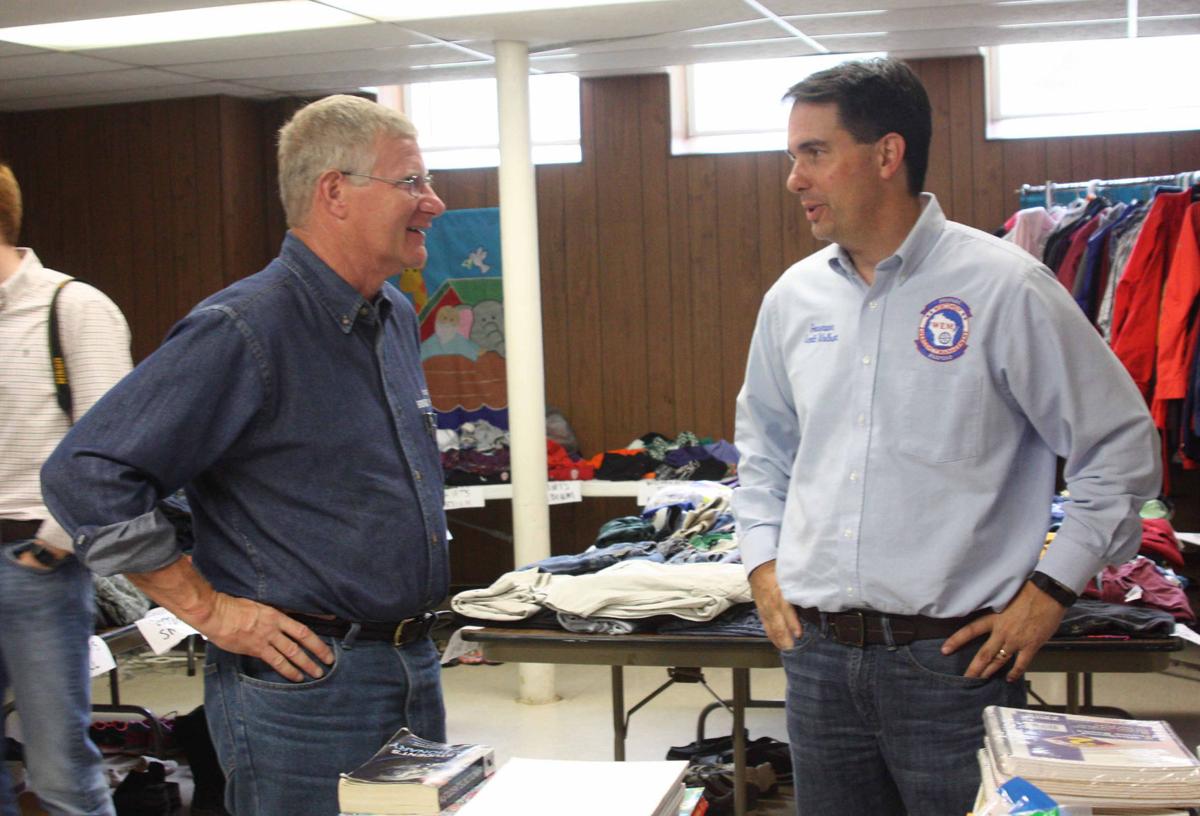 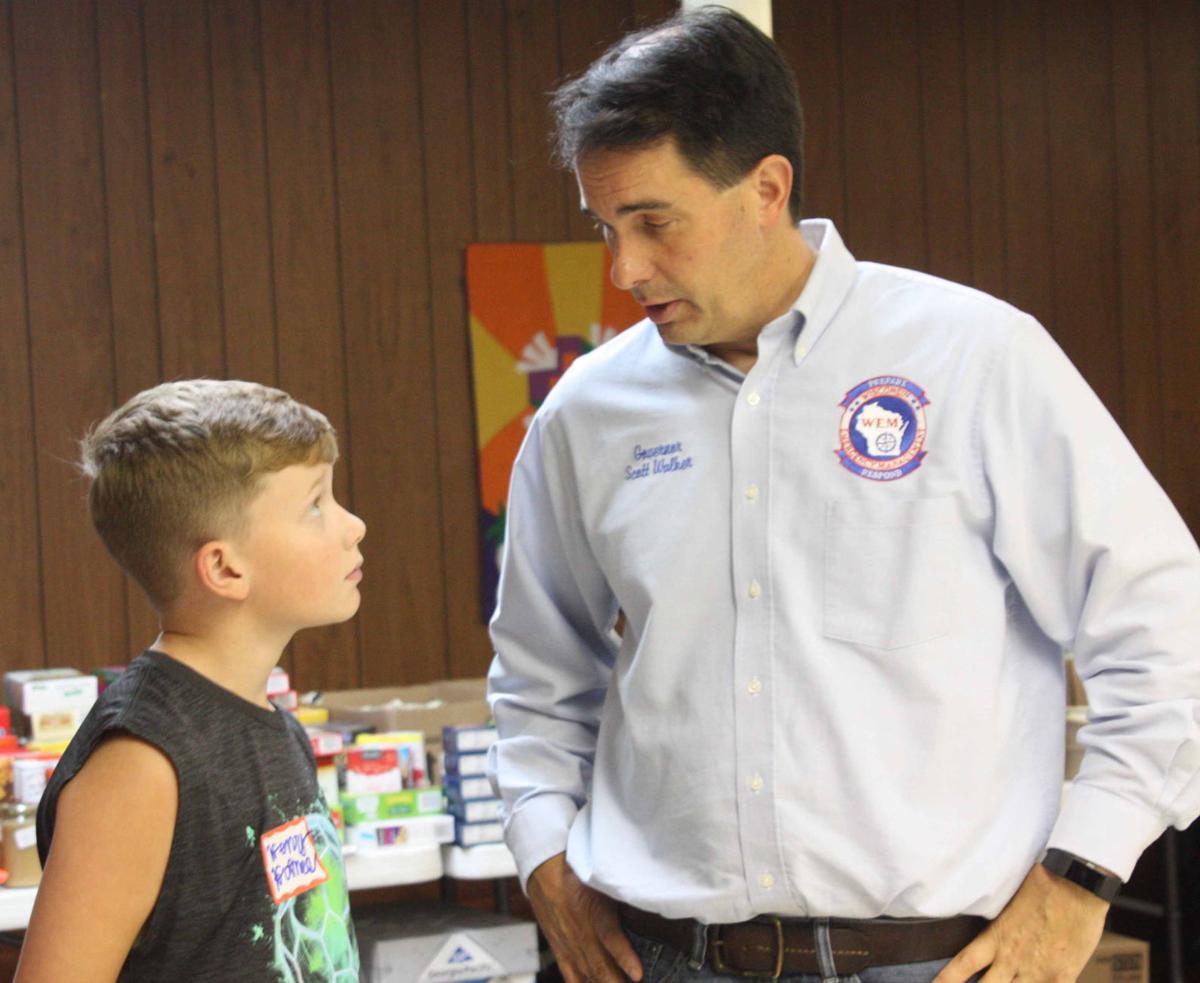 Gov. Scott Walker expressed gratitude and appreciation to all the people who have helped those affected by the 2018 flood, thanking local officials, law enforcement, first responders and volunteers during a Sept. 7 visit to Reedsburg.

Walker toured the Sauk County Emergency Management donation center at the First Presbyterian Church, talking with volunteers and locals affected by the flood. The encounter that stood out to him the most was meeting ten-year-old Henry Holmes, a Reedsburg native who had been volunteering at the center for three days straight. Holmes showed Walker some of the work he has done helping sort and set up items for people to take at the center.

“Talk about a remarkable kid,” Walker said of Holmes. “He’s been volunteering for three days straight and he’s excited to go back to school… It’s just a remarkable thing that you can’t help but put a smile on your face.”

He visited Leon, outside of Sparta, earlier in the day looking at flood damage and the Portage Armory to thank members of the Wisconsin National Guard for sandbagging efforts along the interstate.

Walker also provided an update on flood relief and recovery efforts. He said the 30 day window to conduct preliminary disaster assessments, where federal and state officials review information from damage reports collected from counties and municipalities has an estimated start date of Sept. 9, when the National Weather Service predicts when rain gages and flood levels will decrease.

“That is a high threshold we are at right now,” Walker said of the state’s total estimated costs. “We think it’s increasing the likely that as we validate that information we’ll be on the path towards a federal declaration… (T)he sooner we can put that together the sooner we can ask for these preliminary disaster assessments with the federal government.”

He encouraged anyone with damage to homes or agriculture losses to document and report it with county or municipal officials, which could help increase the chances of receiving federal dollars. If the state receives federal money, Walker reminded those who qualify for assistance will receive it for necessary items lost in the flooding to make homes habitable. Personal items will not be covered. Anyone can report damage to Sauk County Emergency Management at 608-355-3200.

Sauk County Health Department Health Educator and Emergency Preparedness Coordinator Cassidy Walsh said due to excess clothing donations, there currently isn’t any additional room for the time being. She encouraged those who want to donate to give cleaning supplies or hygiene items.

While she said all donations are welcome the greatest need is monetary donations, which can be made to the Greater Sauk Community Foundation.

“That really goes back to the community and we can figure out what we need specifically,” Walsh said.

FLOOD OF 2018: See all our coverage of the historic flooding that struck south-central Wisconsin last summer

In late August and early September of 2018, heavy rains soaked the region, causing rivers to leave their banks and setting near-record levels …

Rather than wait until another flood sweeps through the area, Reedsburg city officials are attempting to draw up a plan and find ways to lesse…

Gov. Scott Walker gives an update on flood relief and recovery efforts during a Sept. 7 visit to a donation center in Reedsburg. Walker is running for his third term as Wisconsin governor this fall.