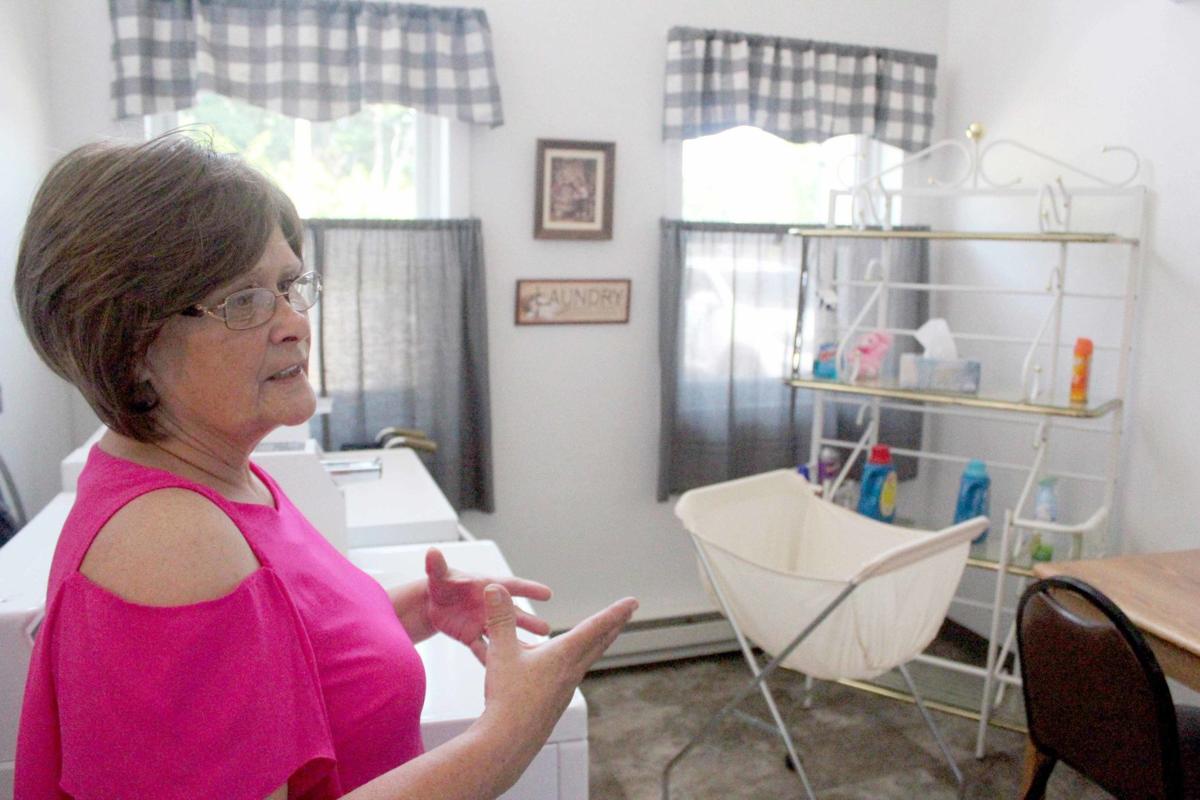 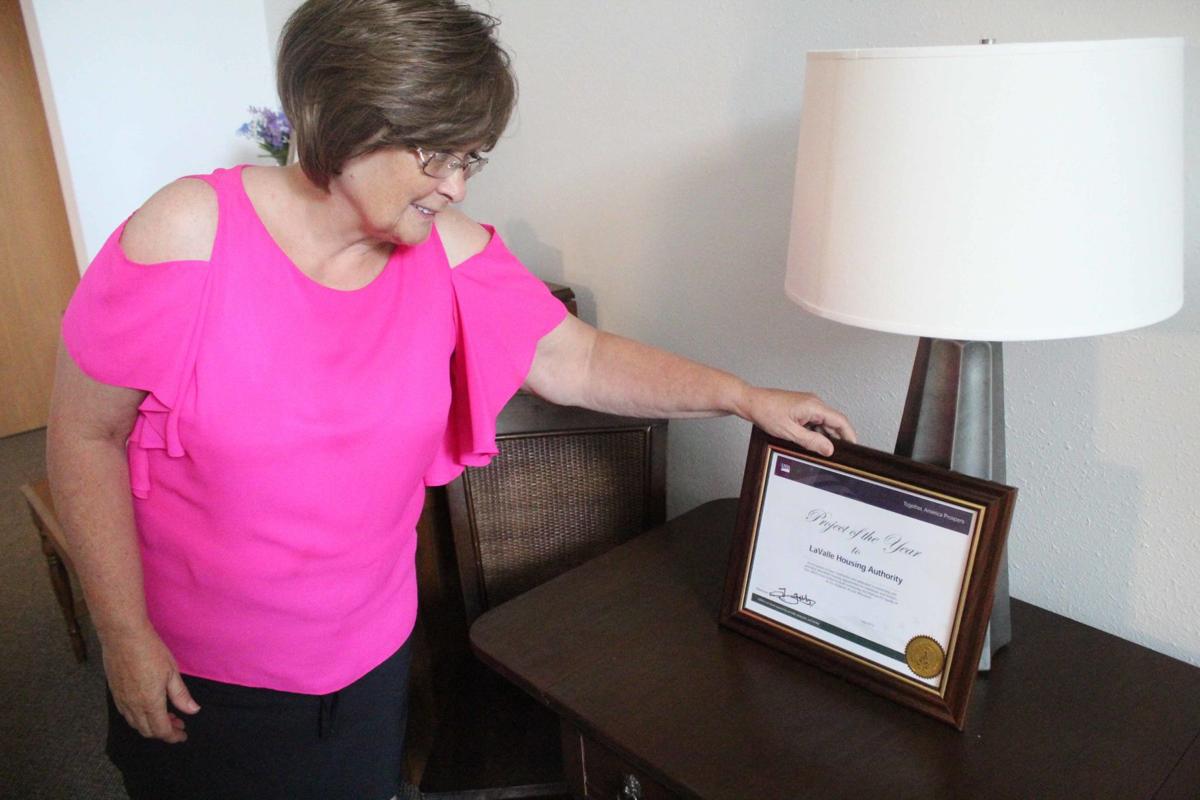 Central Park Apartments Manager Charity Sobeck looks at the plaque from the United States Department of Agriculture Rural Development recognizing the La Valle Housing Authority as Project of the Year. 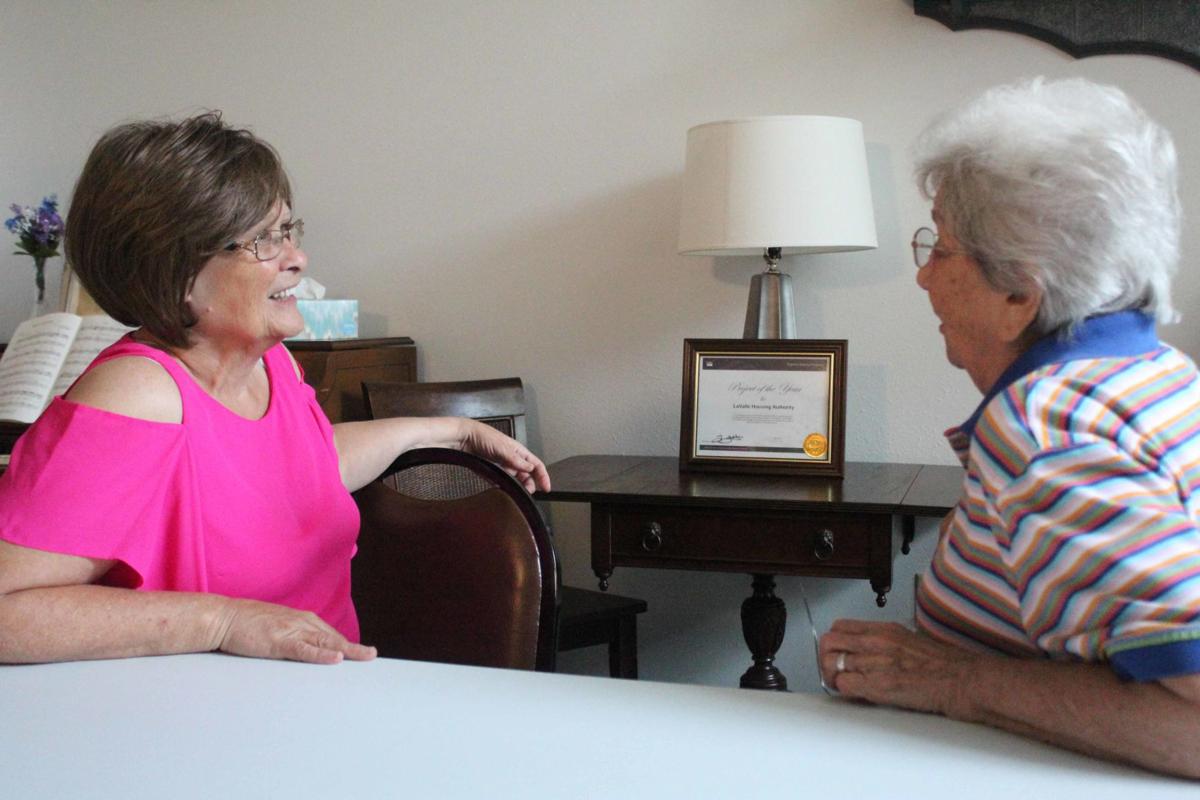 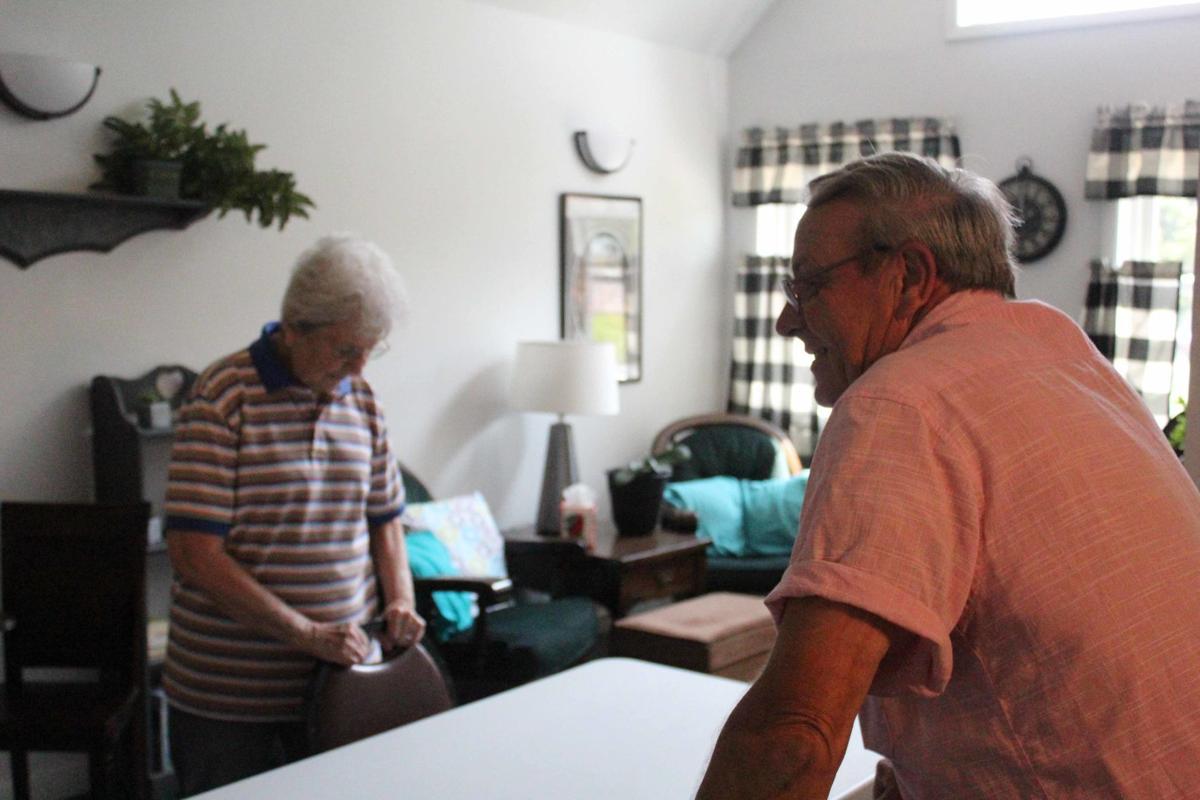 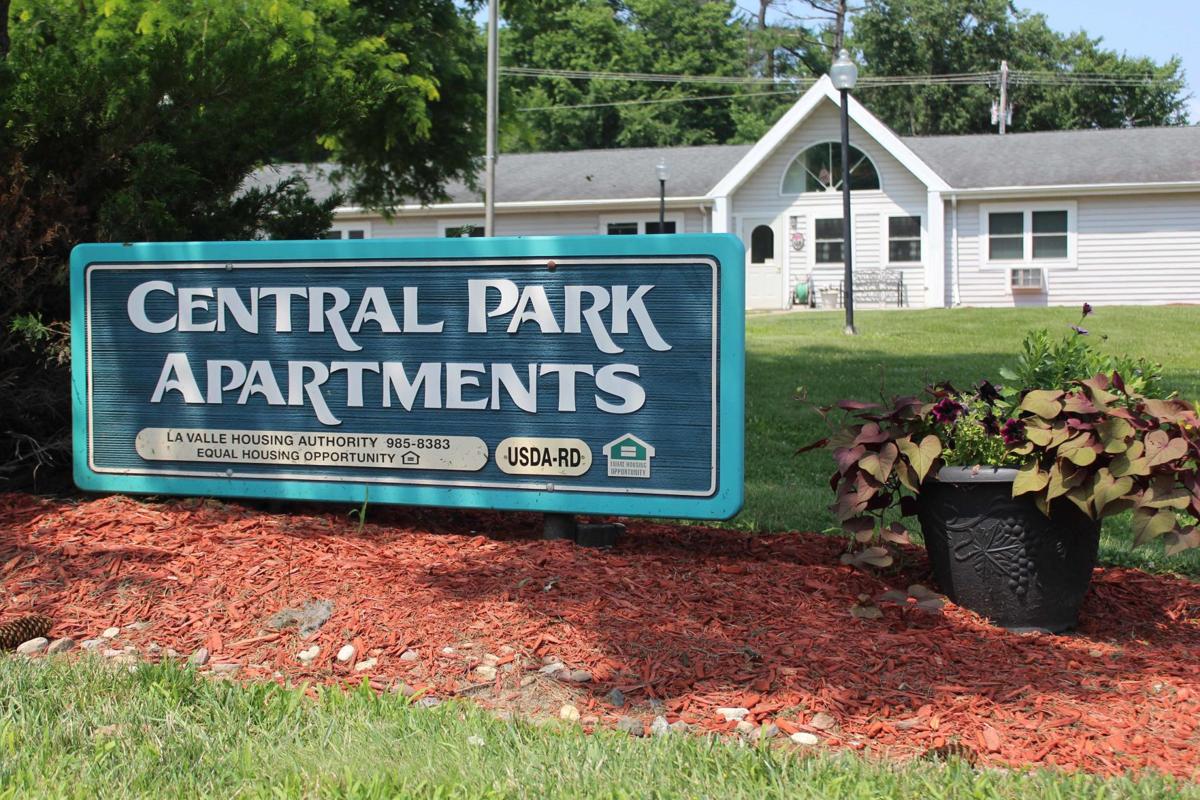 The La Valle Housing Authority was recognized as Project of the Year for repairing Central Park Apartments after it was damaged during the 2018 floods.

LA VALLE — Recognition was not even on Rockie and Charity Sobeck’s mind when they spent four months repairing Central Park Apartments after the 2018 foods.

The couple, who have been married for almost 39 years and manage the apartments, said they didn’t even take a paycheck in that time frame. For the Sobecks, going through the hard work, sweat, stress and emotions was about bringing all the residents who live in the village-owned, eight unit low-income senior housing facility back to the place they call home.

The La Valle Housing Authority was recognized as the Project of the Year by the United States Department of Agriculture Rural Development for its work repairing the building after back-to-back floods swept through the area late last summer.

Baraboo River levels in the village of 367 people crested at slightly over 22 feet — its second historic crest since 2008 — on Aug. 29, 2018 according to data from the National Weather Service. One week later, river levels crested at 18 feet — one foot above moderate flood stage at 17 feet but one foot below the 19 feet major flood stage.

Over 13 inches of water inundated the village-owned apartments, destroying everything in the building. Two to four feet of drywall were removed as well as water heaters, kitchen cabinets, furniture, refrigerators, stoves and carpet, the couple said. Charity Sobeck said the building was not flood insured because the it wasn’t located in a flood zone or flood plain.

With renovation costs mounting, the Sobecks looked at every corner to reduce costs and called every organization to ask for a direction. When all seemed lost is when help poured in.

Costs to fix the entire building totaled about $72,000, Charity Sobeck said. The Sobecks still are looking for flood insurance and searching for funding options to flood-proof the building.

All eight residents that moved out due to the damage moved back into the building when it reopened in January. Charity Sobeck said all the residents moving back in didn’t surprise her. She kept in contact with them during their time away. Each expressed eagerness to return to the place they call home.

Resident Mary Anderson has lived at the apartments for 20 years. She said she likes living at Central Park Apartments because it’s close to her daughter’s house in La Valle and Holy Family Catholic Church, the church she attends. She also spends time working on the crossword puzzles with another resident.

“You’re never alone. That’s what I like,” Anderson said.

“It was amazing to see them come back,” Charity Sobeck said. “The saddest day of the whole time was watching them all leave (after the flood) but the joyous day was when they all returned. They felt like they are family, they were back home, they were with family again.”

Rockie Sobeck, who also serves as the village president, said the village still is waiting for answers about possible FEMA funding. All applications and information was due to FEMA by the middle of June, he said.

He said one church, three businesses and five homes in La Valle were ruled substantially damaged by the floods and eligible for buyouts. He estimated an answer on potential buyouts could take up to a year.

Sobeck said the village is waiting for more information before it decides on any action to limit the impact of future floods.

“We keep asking and we are not getting a direct answer back,” he said. “It’s going to be some time before we hear back.”

After a week of flooding, the Reedsburg area is working on cleanup efforts and preparing for more flooding from additional rainfall.

GALLERY: Reedsburg/La Valle prepare for second round of floods

Pictures of La Valle and Reedsburg residents preparing for another round of flooding as Baraboo River levels in La Valle rose to over 17 feet Sept. 4

For most Baraboo students in recent years, Betty Krueger is known as “Grandma Betty.”

Central Park Apartments Manager Charity Sobeck looks at the plaque from the United States Department of Agriculture Rural Development recognizing the La Valle Housing Authority as Project of the Year.

The La Valle Housing Authority was recognized as Project of the Year for repairing Central Park Apartments after it was damaged during the 2018 floods.