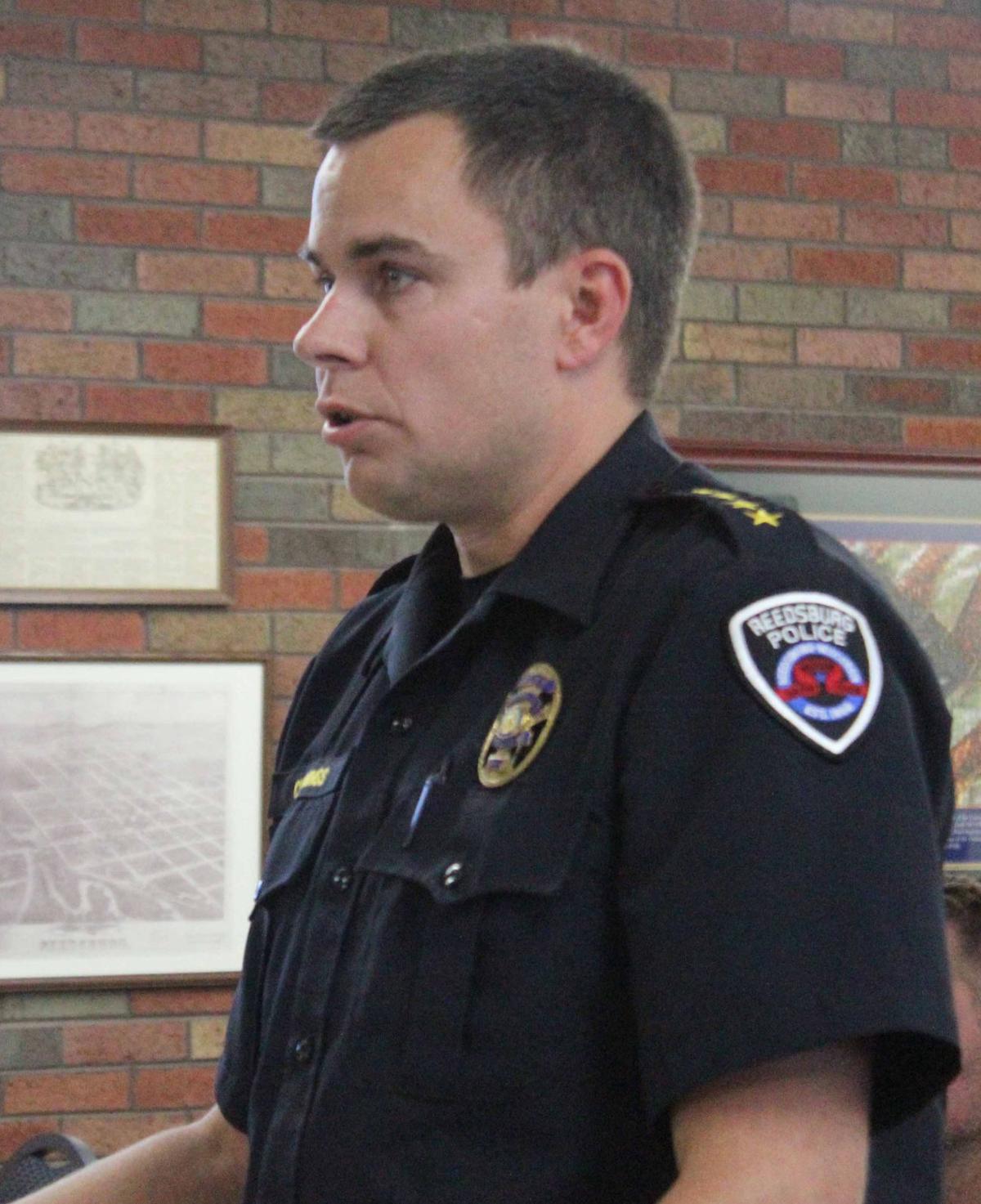 Reedsburg Police Chief Patrick Cummings explains the need to replace a minivan for the Reedsburg Bar Buddies program to the finance committee at its Sept. 9 meeting. 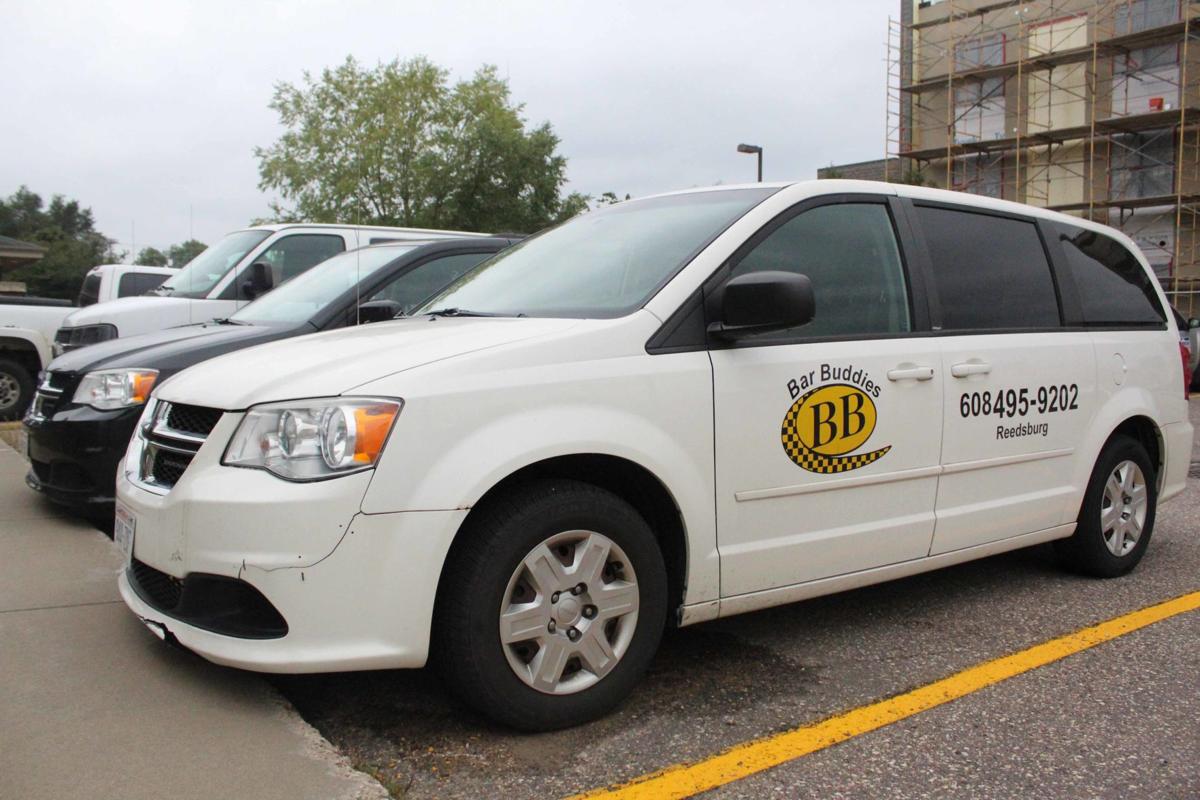 The Reedsburg Common Council approved an over $11,000 Webb Fund request from Bar Buddies Reedsburg to provide funds to purchase a new minivan for the program. 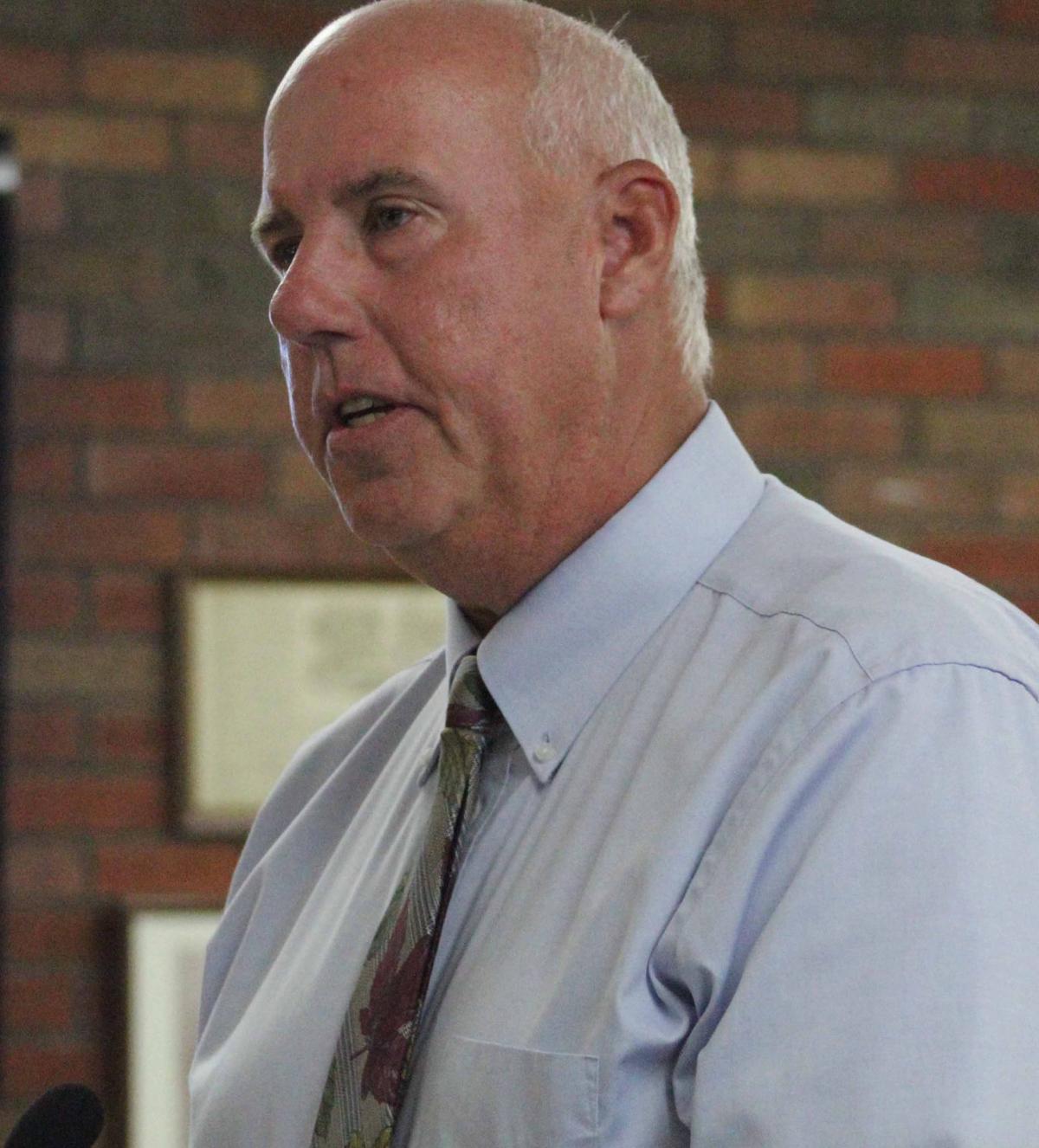 Reedsburg Athletic Club Member David Pawlisch explains to the council at its Sept. 9 meeting about the club's fundraising efforts for a proposed fitness center at Reedsburg Area High School.

The City of Reedsburg approved two Webb Fund requests totaling over $36,000 at its Sept. 9 meeting. However, with funding running low the city wants to keep the trust going for other anticipated projects.

The council’s approval of a $25,000 request from the Reedsburg Athletic Club for fundraising efforts for its proposed $3.2-$3.6 million fitness center and over $11,000 for Bar Buddies to purchase a new seven-person 2015 Chrysler Town and Country van to replace its current minivan takes the Webb Fund down to just over $67,800 to use for city projects.

The trust receives a total of $50,000 per year in interested separated into biannual payments. Because the finance committee acts as stewards for the fund the item did not go to council.

City Administrator Tim Becker said the city is receiving larger requests for multiple projects and wants to save some of the money in the trust for other projects, like the splash pad project to cover the proposed project’s estimated $750,000 price tag.

“We can’t really support any larger projects if we don’t allow that money to build up,” Becker said. “We’re just looking for some direction to tell people when they come looking for applications.”

City Clerk/Treasurer and Finance Director Jacob Crosetto said in a follow up email the city received six applications for the Webb Fund this year, with all six approved by finance committee and council.

The Reedsburg Athletic Club’s request passed council with a 7-0-1 vote while Bar Buddies request passed with a 4-3-1 vote. Alderperson’s David Moon abstained regarding the vote on the fitness center due to his position as a social studies teacher at Reedsburg Area High School while Craig Braunschweig abstained because of his position as project coordinator with Bar Buddies. Moon, along with former Alderpeople Tom Seamonson and Dave Knudsen, voted in opposition for the request from Bar Buddies. Both recommendations also passed the finance committee.

Bar Buddies also received $9,000 from the Webb Fund in 2017 to purchase a 2012 Dodge Caravan for the program and over $14,250 for the purchase of a 12-person van, separate vehicles from the program’s recent request. The program provides free safe rides home as an option for intoxicated drivers to take advantage of rather than get behind the wheel.

The current minivan used to be a city taxicab and has over 141,000 miles on it. Reedsburg Police Chief and Bar Buddies President Patrick Cummings said the purchase would cut down on repair costs and the vehicle wouldn’t need to be replaced for a number of years.

Cummings said Bar Buddies Reedsburg provided 4,300 rides last year and has reduced the OWI rate in the city by 20% since the program was implemented in 2016. The city is on track to having the same OWI rates as last year, Cummings said. Income for the organization comes from a Department of Transportation Grant that reduces by 10% per year, a $2,500 grant from Sauk County and fundraising efforts. Cummings said he’s filed a request for the county to provide more money for the program in its 2020 budget.

The fitness center will not only be for students to use for physical education classes and training purposes but also for the community to utilize. Athletic Club Member David Pawlisch said the project’s timeline depends on the fundraising. He said the club is utilizing several sources for fundraising, reaching out to civic organizations, local businesses and youth sports to request funds.

District Administrator Tom Benson said the changes would also address security needs within the fitness area, which sits on the second floor of the high school.

While he wasn’t against the safe ride program, Moon was concerned the money wouldn’t sustain in regards to the Webb Fund’s policy, which states the request would need to include an item having a useful life for at least five years. Seamonson also wasn’t against Bar Buddies but he thought the city needed to prioritize its projects, especially since the city wants to install a splash pad.

The Webb Fund was established by Herbert Webb in 1944, who gave $300,000 for projects “deemed appropriate by the city,” according to the city’s website. Applications are approved on a case-by-case basis, projects must require a dedication plaque acknowledging fund and must be within city limits.

Since 1972, the fund has given more than $1.4 million towards various city and public projects, including construction for the disc golf course at Webb Park and startup money for the Reedsburg Boys and Girls Club. Recent requests approved by the city include an emergency training mannequin for Reedsburg Area Ambulance staff and the reconfiguration of the children’s library.

Get Election 2020 & Politics updates in your inbox!

Keep up on the latest in national and local politics as Election 2020 comes into focus.

Reedsburg residents will see a decrease in their tax bills.

Reedsburg Police Chief Patrick Cummings explains the need to replace a minivan for the Reedsburg Bar Buddies program to the finance committee at its Sept. 9 meeting.

The Reedsburg Common Council approved an over $11,000 Webb Fund request from Bar Buddies Reedsburg to provide funds to purchase a new minivan for the program.

Reedsburg Athletic Club Member David Pawlisch explains to the council at its Sept. 9 meeting about the club's fundraising efforts for a proposed fitness center at Reedsburg Area High School.