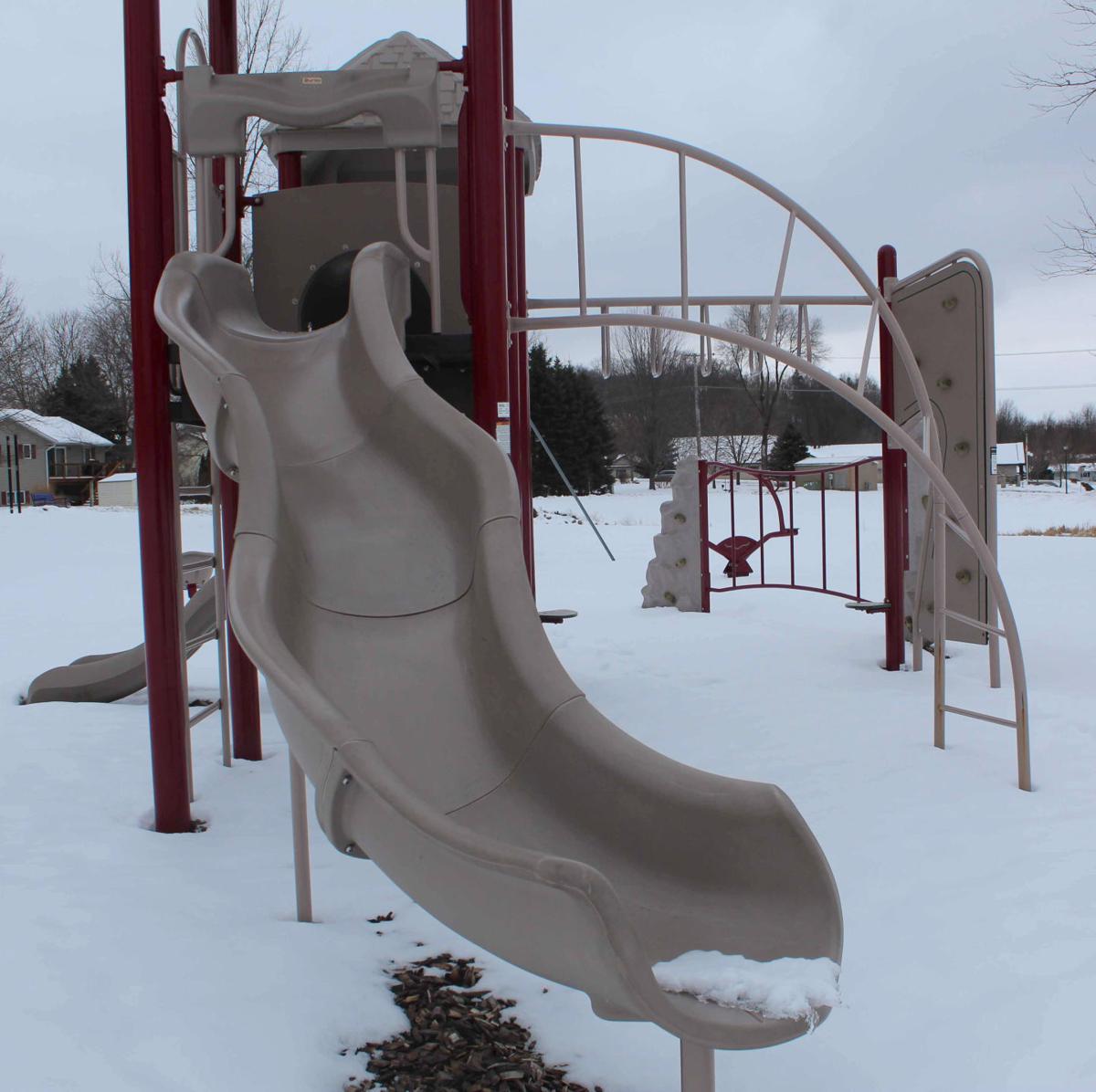 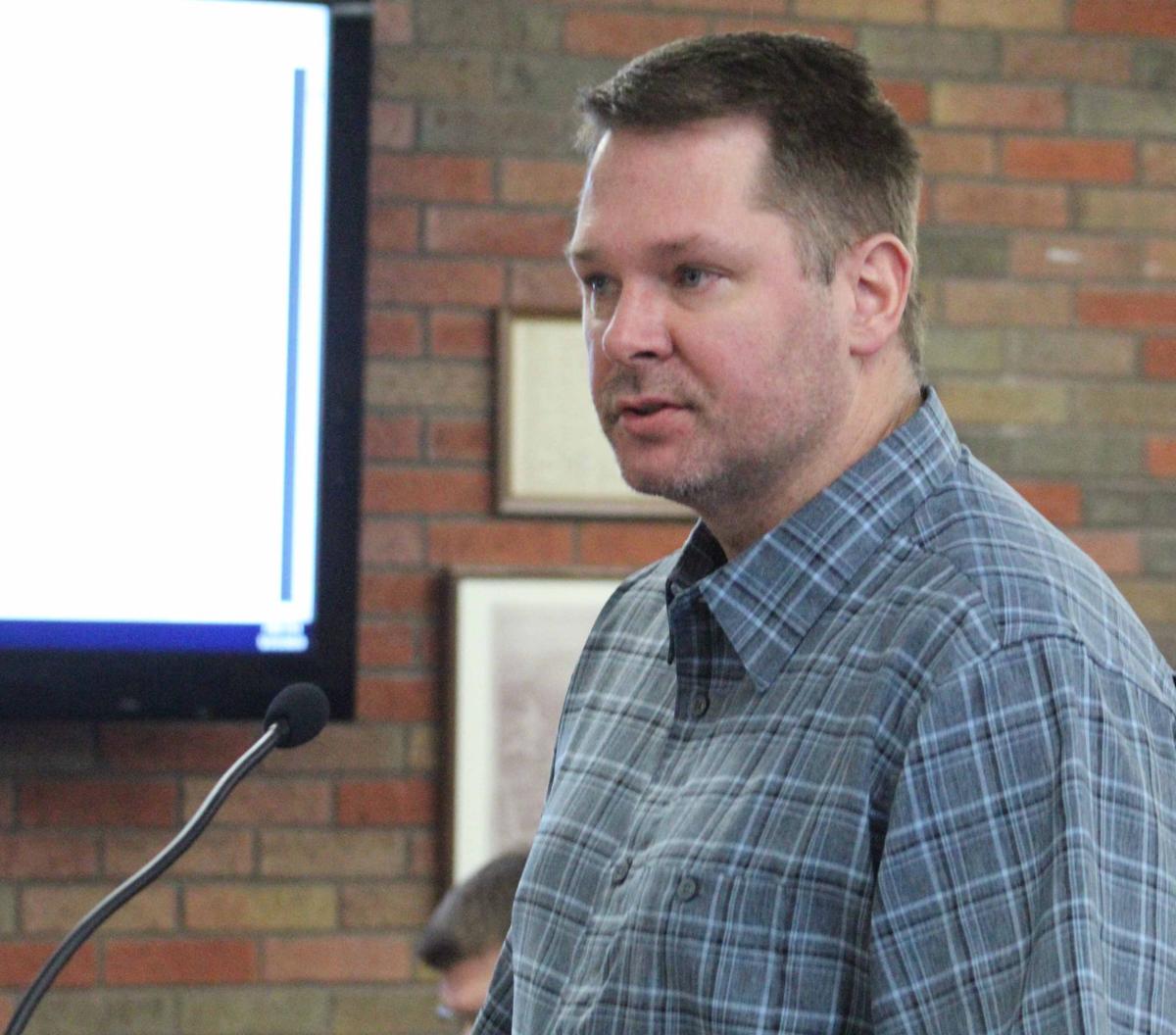 Reedsburg Parks and Recreation Director Matt Scott explains reasons for proposing to change the name of North Park to Wellness Park at the Jan. 27 common council meeting. The council unanimously approved the changes with one council person absent. 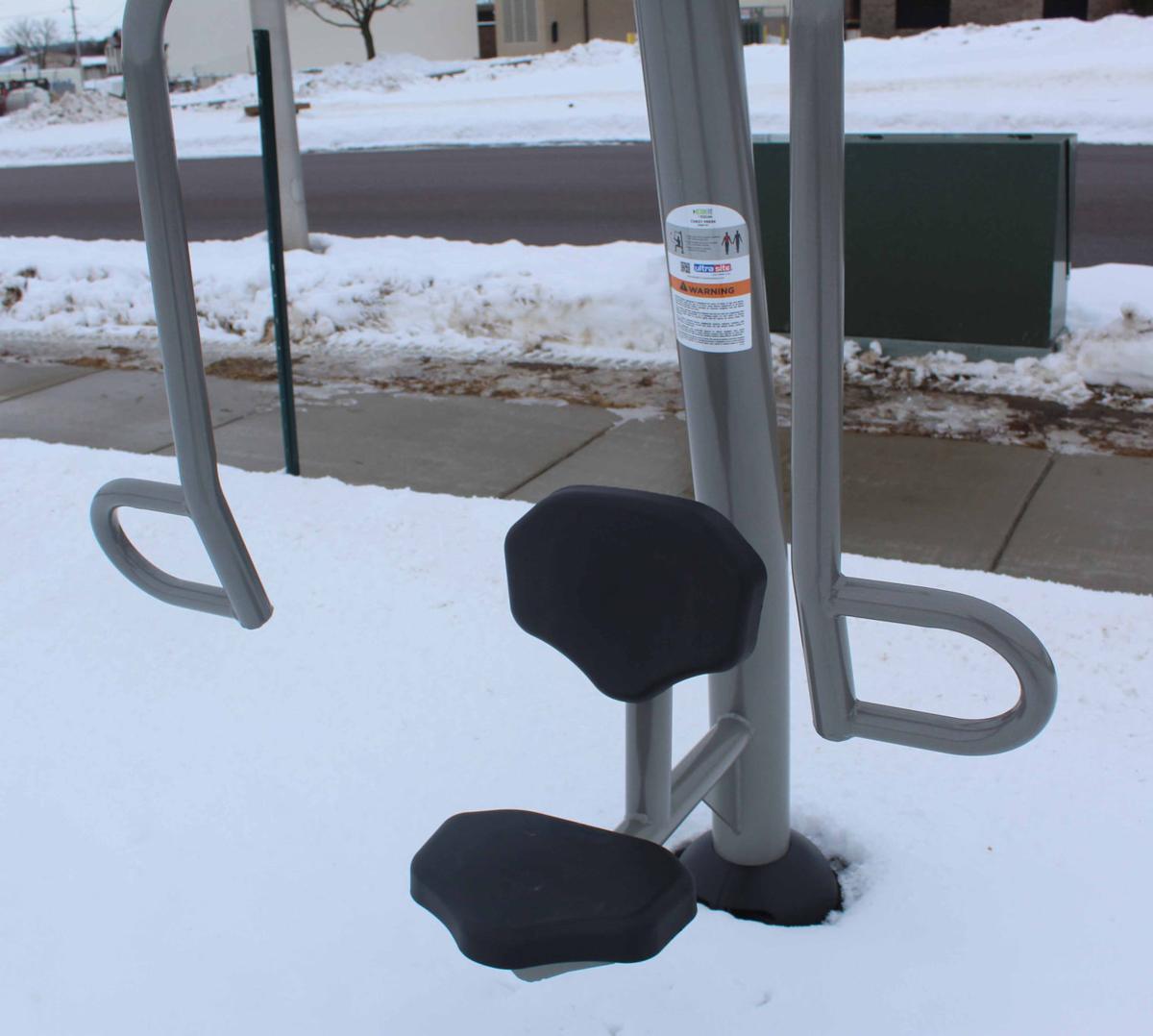 A chest press at Wellness Park, formerly known as North Park in Reedsburg. The council approved changing the name of the park at its Jan. 27 meeting. 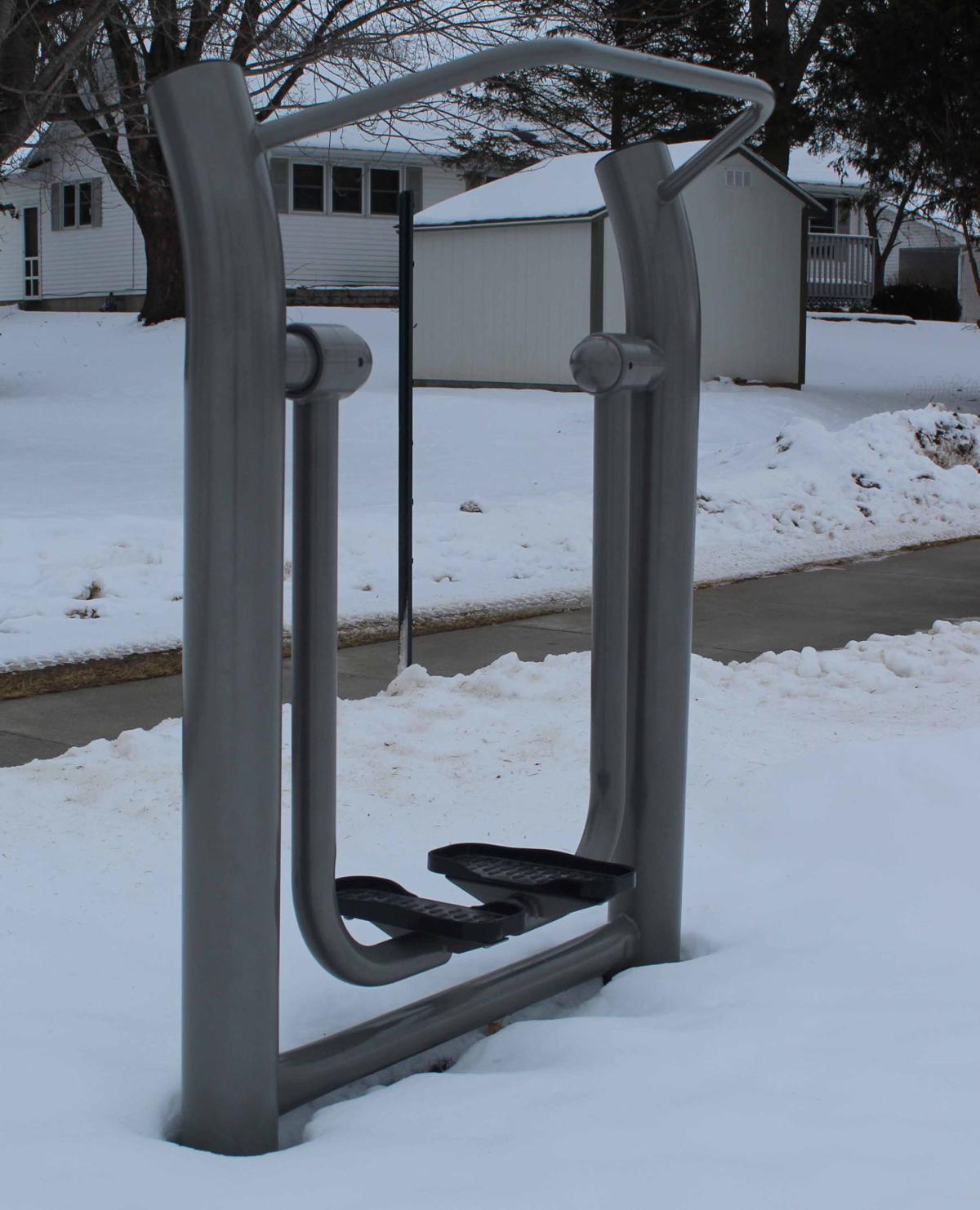 An elliptical installed at Wellness Park, formerly known as North Park. The Reedsburg Common Council approved changing the name of the park at its Jan. 27 meeting.

The park by Reedsburg Area Medical Center on 19th Street and Ridgeview Drive has a new name.

Parks and Recreation Director Matt Scott said the city’s policy requires a 30 day waiting period to allow for public comment before bringing it to the council. The parks and recreation committee approved changing the parks name at its December meeting.

Scott said the new name reflects the changes made to the park within recent years, including adding a walking track, fitness equipment, full basketball court and a new shelter.

“It’s a theme of exercise and wellness so we thought it would be an appropriate name for the park,” Scott said.

Third District Alderperson and Parks and Recreation Chairman Phil Peterson said the name also stems from the collaboration between the different organizations that helped provide funding and resources to the park. The park improvements are a collaborative effort between Reedsburg Area Medical Center, Ridgeview Heights and the city.

The park also has a playground and picnic tables. Four of eight pieces of fitness equipment were installed in the park over the last year.

Besides changing a park name, the council granted temporary names to three park area sites at 20th Street and Cottontail Lane to 20th Street Park, the skate park and the encompasses of both sides of the Baraboo River to Granite Avenue Recreation Area and the location of County Highway V to the Northwest Recreation Area. Scott said the temporary names are for administrative and identification purposes, like applying for grants.

Committee of the whole

Reedsburg is looking into addressing current vacancies and the difficulty of finding people to fill positions on its committees.

The council discussed creating a committee of the whole as a way to combine different committees into one that would consist of mainly council members during City Administrator Tim Becker’s reports. The item was only up for discussion and no action was taken. Becker said he would research the matter further and create options to present at a future council meeting.

Becker said there are a total eight vacancies on Reedsburg committees and commissions including one vacancy for airport, arts, board of review, public works, historic preservation and three on ethics committee. He said applicants for potential appointees have been submitted for the public works committee, airport commission and possibly the arts committee.

Becker said he wanted to bring up the conversation because of the challenge filling vacancies on committees and the lack of interest of community members applying for open volunteer positions, which can result in a meeting not happening if a member is absent because quorum isn’t met with a two-thirds majority required presence by state law, so it’s tougher to get business done, Becker said.

Commissions and boards, including the public works committee, are required by statute and would not be affected by a committee of a whole ordinance, Becker said.

Advisory committees, such as finance, personnel, arts, public safety and ordinance, would be affected if a change were enacted, Becker said. The committee of the whole would allow the council to hear presentations from various department heads prior to the regular council meeting without having to present the same information twice.

Becker said the council will still have the same power and the change would allow the city to get committee work done without trying to find people to make quorum.

“The rules are a little less stringent there doesn’t have to be a super majority for things for the committee of a whole,” Becker said.

Other communities have adopted similar measures because of the challenge finding people to serve on committees, Becker said. Mayor David Estes, who also sits as chairman of the plan commission and finance committee, said he was open to the idea because he understands how difficult it is to find people to serve on advisory committees.

“It used to be where I got applications every month but I haven’t gotten any for a while now,” Estes said.

The council approved to set a public hearing for Feb. 10 to update its alcohol and tobacco ordinances from 18-year-old to 21-years old to match the new federal law.

The council approved a certified survey map to divide one parcel of land into two at E6384 Bass Road in the Town of Winfield.

Reedsburg is discussing the possibility of adding additional pickleball courts.

The business park in Reedsburg will have a new name after a lifelong resident with a strong role in the economic development of the community.

Two new parks are beginning to take shape in Reedsburg.

Reedsburg Parks and Recreation Director Matt Scott explains reasons for proposing to change the name of North Park to Wellness Park at the Jan. 27 common council meeting. The council unanimously approved the changes with one council person absent.

A chest press at Wellness Park, formerly known as North Park in Reedsburg. The council approved changing the name of the park at its Jan. 27 meeting.

An elliptical installed at Wellness Park, formerly known as North Park. The Reedsburg Common Council approved changing the name of the park at its Jan. 27 meeting.