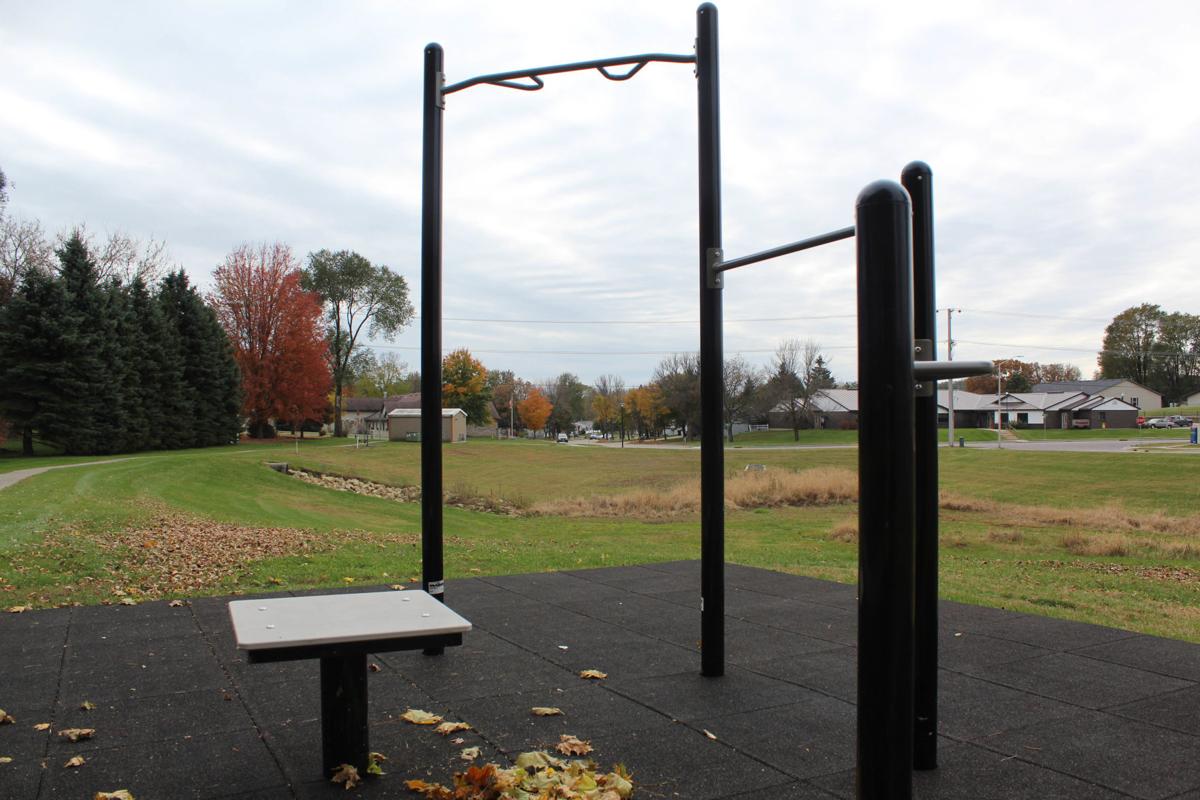 A multi-gym for dips, box jumps and pull-ups, one of four pieces of fitness equipment installed at North Park in Reedsburg. 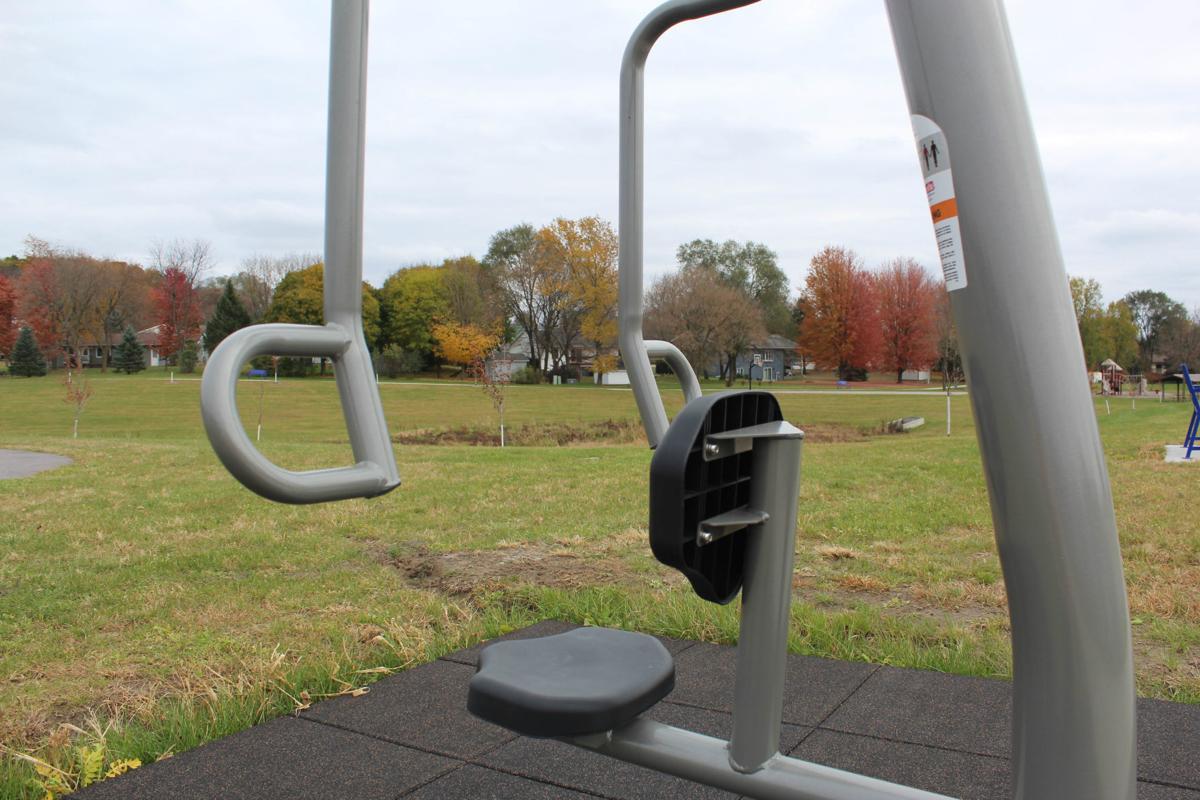 A file photo from October 2019, shows a chest press recently installed around the walking trail at North Park in Reedsburg.

Reedsburg could change the name of the park next to Reedsburg Area Medical Center.

The parks and recreation committee unanimously approved changing the name of North Park to Wellness Park at its Dec. 17 meeting at Reedsburg City Hall. The item will go to the common council for further review and possible action.

North Park, located on 19th Street, has gone through several upgrades in the last couple of years, including the installment of a walking trail, park benches, trees and four of eight pieces of fitness station equipment. A new sign with the new name of the park and the businesses and organizations who donated for the improvements, will be installed on the southwest corner of 19th Street following further action taken from the council.

Parks and Recreation Committee Chairman Phil Peterson said in a separate interview after the meeting the park improvements are a collaborative effort between Reedsburg Area Medical Center, Ridgeview Heights and the city. Renaming the park to fit those upgrades made sense, he said. North Park is the generic name for the park, Peterson said. The park currently has basketball courts, picnic tables, playground and a shelter, according to the city website.

Besides approving to rename North Park, the committee also discussed and approved temporary and generic names for three park areas in the city. Renaming the parks, even with a short-term name, will incorporate it in the Comprehensive Outdoor Recreation Plan to receive grants and keep a geographic record of the park for emergency vehicles and city to identify the location, Peterson said. The council recently added the proposed splash park plan to the plan to become eligible for funding for the project.

The area from the skate park and the encompasses both sides of the Baraboo River, including lots lost to the 2008 flood on the west side of Granite Avenue, was named the Granite Avenue Recreation Area. The Smith Conservancy and Plenke’s Pond are not included in the area because its private land, Peterson said said.

Faces of Reedsburg: Fitness a passion for Schneider

The committee also approved generic names for the upcoming park on the corner of 20th Street and Cottontail Lane to 20th Street Park and the area of County Highway V to the Northwest Recreation Area. The site has a brush dump pile and 20 acres set aside for an architect student with the University of Wisconsin-Madison to complete a capstone project.

Those items will still go to council for review and potential action. Signs will not be included in those names.

The committee also discussed possible permanent names for future parks, including re-naming one after Josh Sanford, a Reedsburg resident who was a Native American pilot during World War II, veterans and the first settlers of Reedsburg.

“There’s a lot of options but I think it’s best to come up with generic things so we get them identified,” Peterson said.

City Administrator Tim Becker and Parks and Recreation Director Matt Scott said the name of those parks could change depending on expansion or development, like how North Park grew to include more wellness items.

Scott said the city received a $7,000 Sauk County Placemaking grant and a $1,000 Alliant Energy grant for the development of the park on 20th Street. He said Viking Village Foods raised $6,000 was for the splash pad project from its bourbon-tasting event and the grocery store will continue fundraising efforts in the spring. He said MSA Professional Services, the city’s engineer with the splash pad project, will start the grant application process the project.

Eight deer were killed so far in archery hunting on city property, the most successful year for reported deer killed, he said. Thirty people took out permits to bow hunt on city property, he said. Scott said the city is looking for additional sites to conduct its urban deer management plan in January, where members of the police department shoot deer in elevated stands at night to control the city’s deer population.

Improvements to the ballpark at Nishan Park scheduled for October and November was rescheduled for spring 2020 after weather delays.

The park by Reedsburg Area Medical Center on 19th Street and Ridgeview Drive has a new name.

A multi-gym for dips, box jumps and pull-ups, one of four pieces of fitness equipment installed at North Park in Reedsburg.

A file photo from October 2019, shows a chest press recently installed around the walking trail at North Park in Reedsburg.