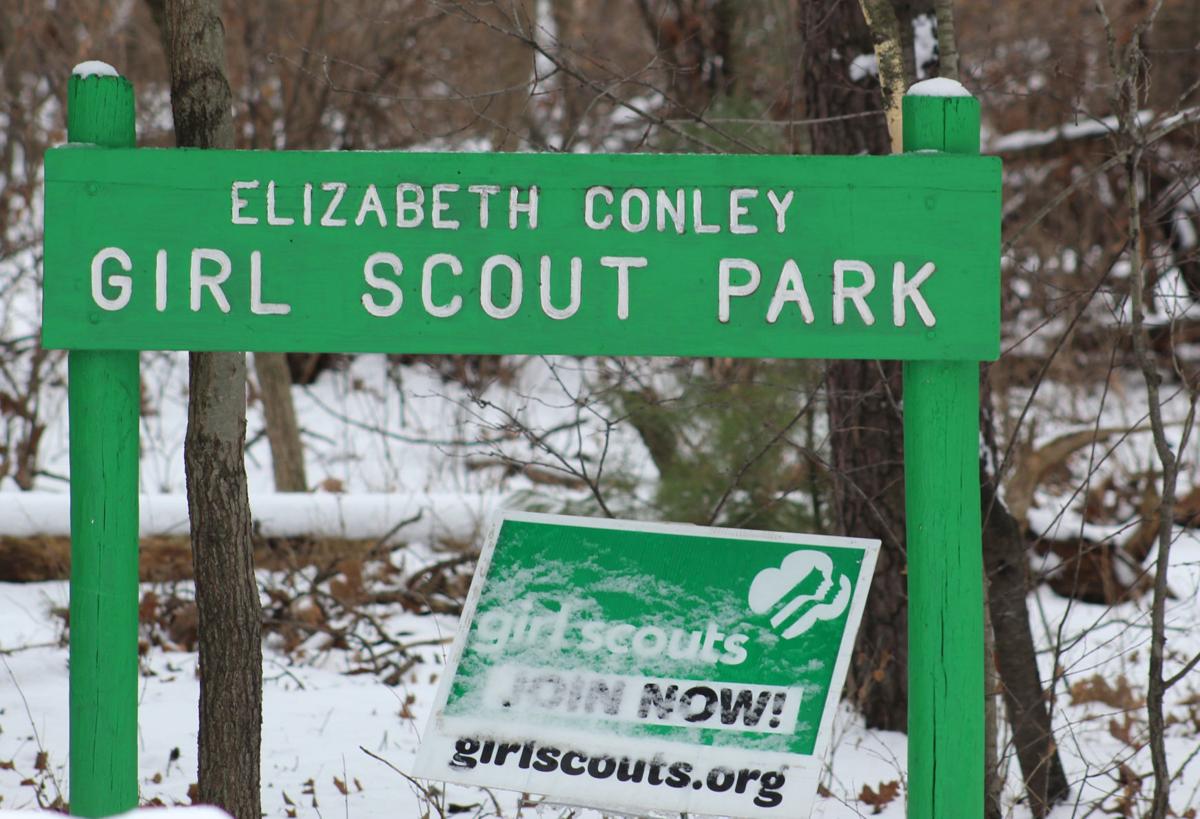 One of the properties added as a child safety zone to Reedsburg's amended sex offender residency requirements ordinance is the Girl Scout cabin and property on Seventh Street, according to officials. 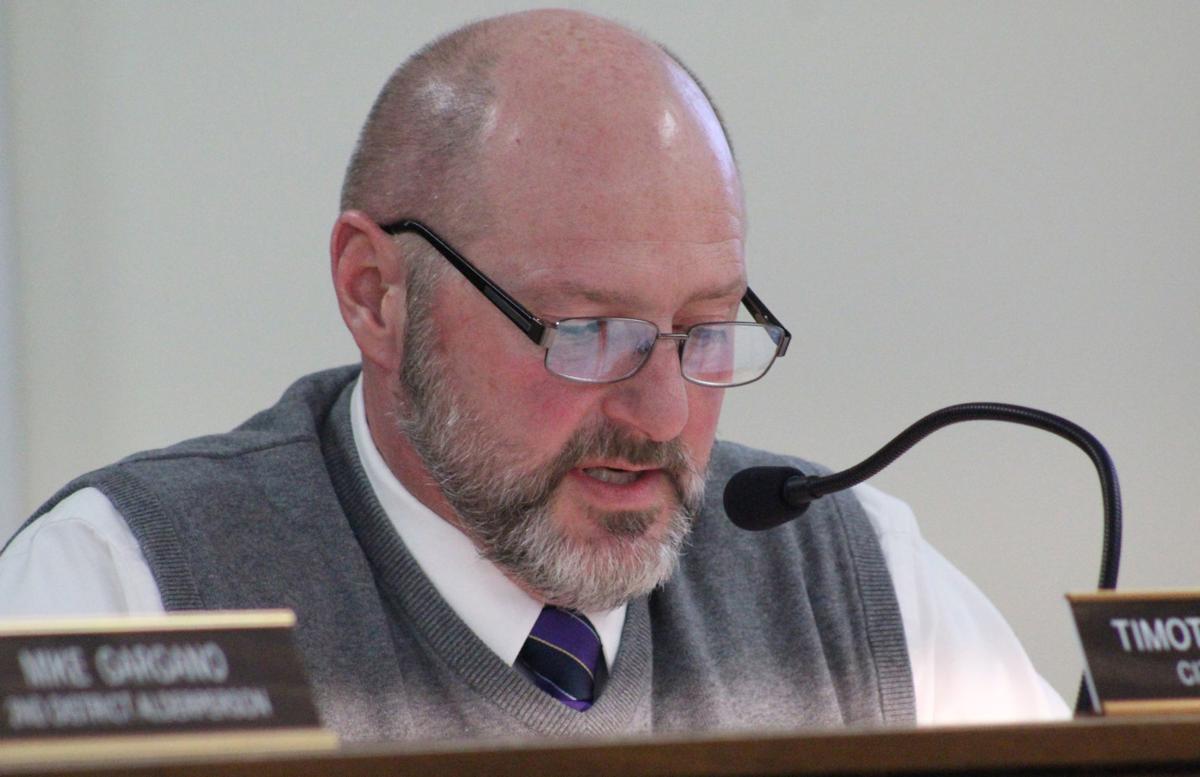 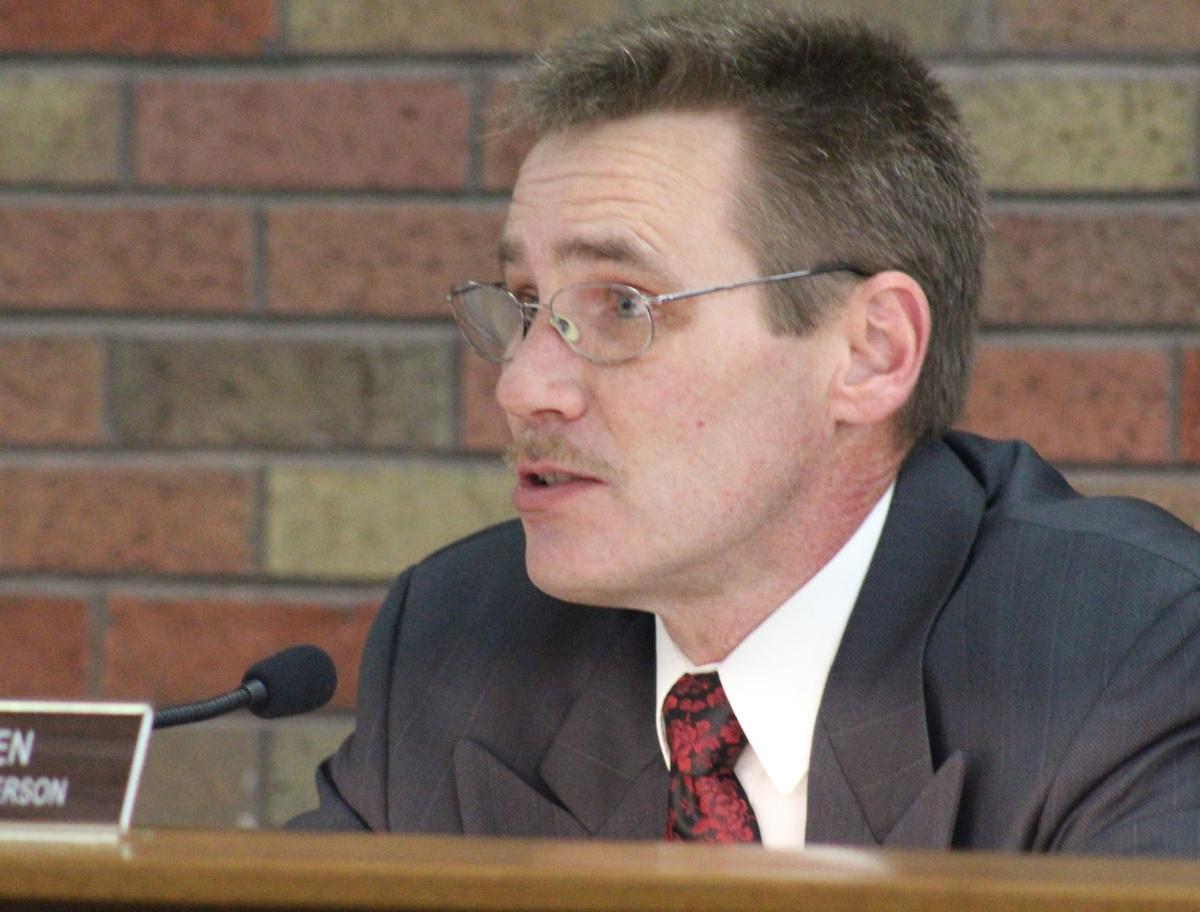 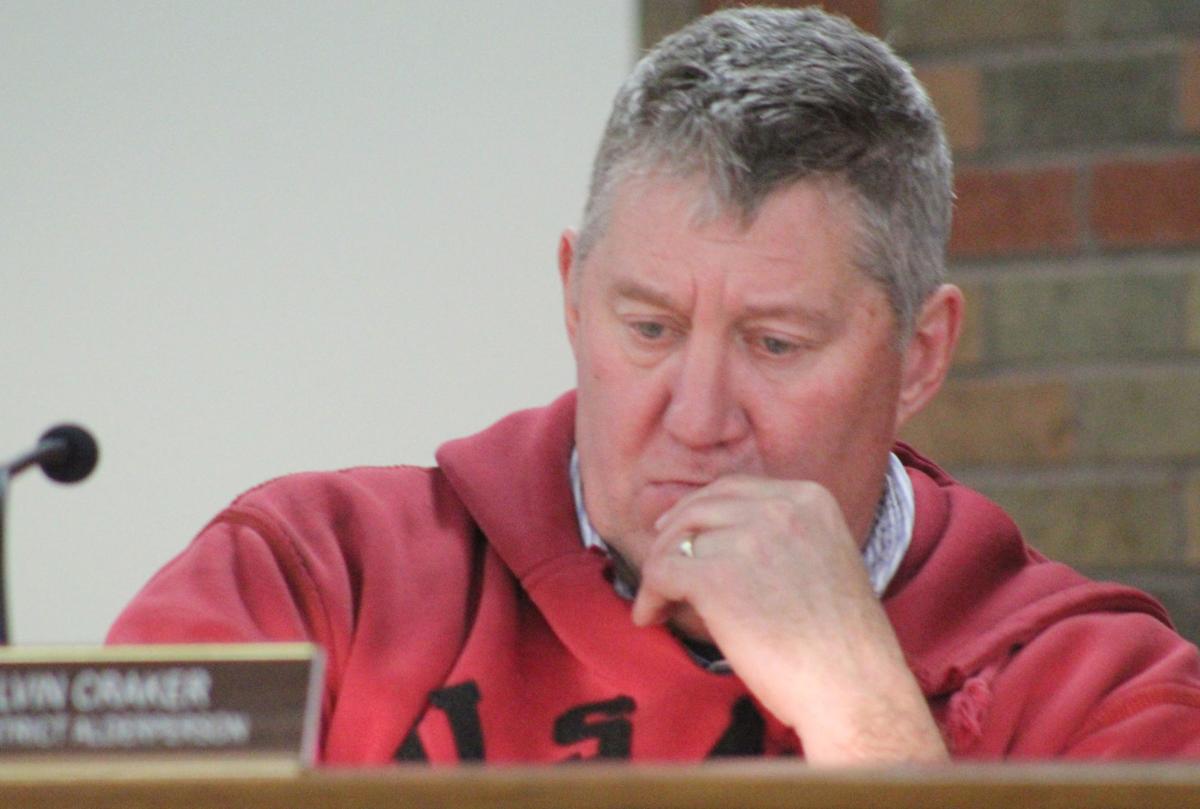 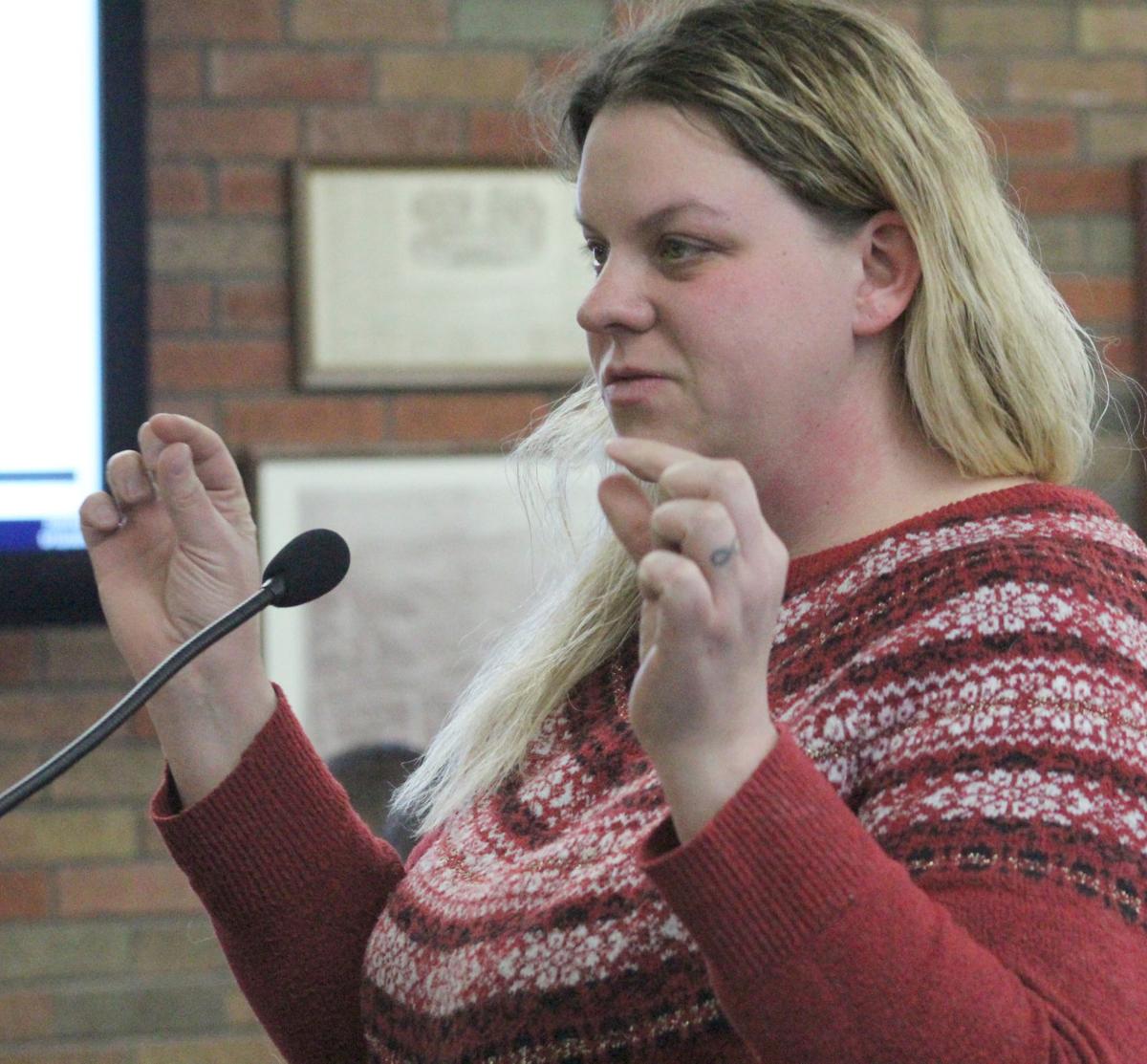 Reedsburg resident Julie Mack explains her views for and against changes to the sex offender residency requirements ordinance that would lower the distance of how far convicted offenders can reside from child safety zones during a public hearing at the council's Jan. 13 meeting. The council unanimously approved adopting the changes.

Reedsburg’s sex offender ordinance will now require offenders to keep a distance of at least 1,250 feet from child safety zones instead of 1,500 feet.

The change was a part of several amendments the common council unanimously approved to its sex offender residency requirements ordinance during a second reading and final vote on the item at its Jan. 13 meeting. City Administrator Tim Becker said a mayoral appointed designated offender residency appeal board will be offered for offenders to appeal their case. The original domicile restriction will have a ten year limit under the new ordinance compared to the original, which didn’t allow sex offenders convicted outside Reedsburg to move to the city after the offense, Becker said.

Sex offenders can’t participate in holiday events and public gatherings, including giving out candy during Halloween trick or treating or dress up like Santa during Christmas, he said. Landlords and the offender must notify the police department prior to making living arrangements.

The ordinance will not apply to Chapter 980 offenders, which Becker said is deemed by the state as “the worst of the worst” sexually violent offenders who has served time for their crime and will still have the 1,500 foot radius under state law, he said.

It is the first time Reedsburg has reviewed and amended the ordinance since it was created in 2007. Since it was passed, case law has challenged how strict these ordinances can be in regards to the distance sex offenders can reside from child safety zones without excluding them from the communities, Becker said. The changes were reviewed by himself, City Attorney Derek Horkan and the Cities and Villages Mutual Insurance Company, he said.

The amended ordinance adds more child safety zones, like the Boys and Girls Club. Becker said the city added the Girl Scout cabin and property on Seventh Street as a child safety zone, which made 50% of the housing opportunities available for offenders under the 1,500 foot rule off limits. The additional parks and other development of child safety zones over the years in Reedsburg have reduced how many housing options are available to offenders to about “a couple dozen lots” out of the over 4,000 available in the city, he said.

Limited housing options could open up the opportunity for potential lawsuits claiming the city is excluding a certain group of people, especially those who would be affected by the ordinance, he said. The cost of going to court on an ordinance administrative staff didn’t have confidence in is something Becker said he didn’t want taxpayers to pick up.

“If we win it or if we lose it, it will be very expensive,” Becker said.

Reedsburg, Mauston deal with how to house sex offenders

One Reedsburg resident who said her daughter was sexually assaulted, called the changes “atrocious” because “the victims just keep getting victimized.” She asked the council for direction on where to go or who to talk to further oppose the new ordinance.

“My daughter, who is now nine, lives in fear,” she said. “I’d like to know are there going to be more police watching these people? What about repeat offenders? What about stuff like that? 1,500 feet, 1,200 feet, that’s not enough. (If) you can’t abide by the laws, you should not be able to live in a community with law abiding citizens… What you guys are proposing is that this person should be able to come back in and be allowed to live among us and I am just against that.”

He said later on in the meeting he empathized with those in audience who have concerns but the ordinance needs to be updated so it can be maintained.

“We wrote this in 2007 it just needs to be updated,” Becker said. “It’s been valuable to us. We’ve removed a lot of offenders based on this ordinance. I just want you to have some confidence in that and allow law enforcement to do their job. That’s what they do and they’ve done a lot of good things with this ordinance.”

Becker said Reedsburg is the only city within Sauk County with a municipal ordinance for sex offender residency requirements. Referencing the sex offender registry map on the state registry’s website, Becker said nearby communities Baraboo and Portage, that don’t have an ordinance, report 62 and 98 registered sex offenders respectively living within those city limits. Mauston’s ordinance has a 500 foot buffer zone, he said.

Julie Mack, another Reedsburg resident, spoke in favor and against the changes during the public hearing, especially the changes to the original domicile restriction. She said lowering the distance would affect a few areas and personally knows people who have been discriminated for convicted sex offenses. While she understood that side, she feared for her six children especially if lowering the distance could make it easier for convicted sex offenders to roam around Reedsburg.

Fourth District Alderperson Dave Knudsen said he reviewed the amendments and determined if it was challenged the ordinance would hold up in court and was assured legal counsel is ready to defend it should that happen.

“I think that part of my job up here is to put the city in a position that makes it as safe as possible,” Knudsen said. “I did some research as well and just looking at the maps of registered sex offenders in the other communities all of our neighbors what we’ve been doing seems to be working and we need to carry on.”

Health official: Unregulated Wisconsin Dells attractions could be a 'recipe for disaster'

Tim Lawther, health officer for Sauk County, said COVID-19 numbers could be substantially undercounted due to Wisconsin Dells visitors from Illinois and other states being uncooperative or untraceable.

The Reedsburg Parks and Recreation Committee discussed potential future changes to enhance the recreation center, located in the basement of c…

Reedsburg plans to create a small museum to preserve the city’s past.

As the Sauk County Board of Supervisors considered whether they have authority to issue a countywide mask mandate in the wake of COVID-19, the…

One of the properties added as a child safety zone to Reedsburg's amended sex offender residency requirements ordinance is the Girl Scout cabin and property on Seventh Street, according to officials.

Reedsburg resident Julie Mack explains her views for and against changes to the sex offender residency requirements ordinance that would lower the distance of how far convicted offenders can reside from child safety zones during a public hearing at the council's Jan. 13 meeting. The council unanimously approved adopting the changes.