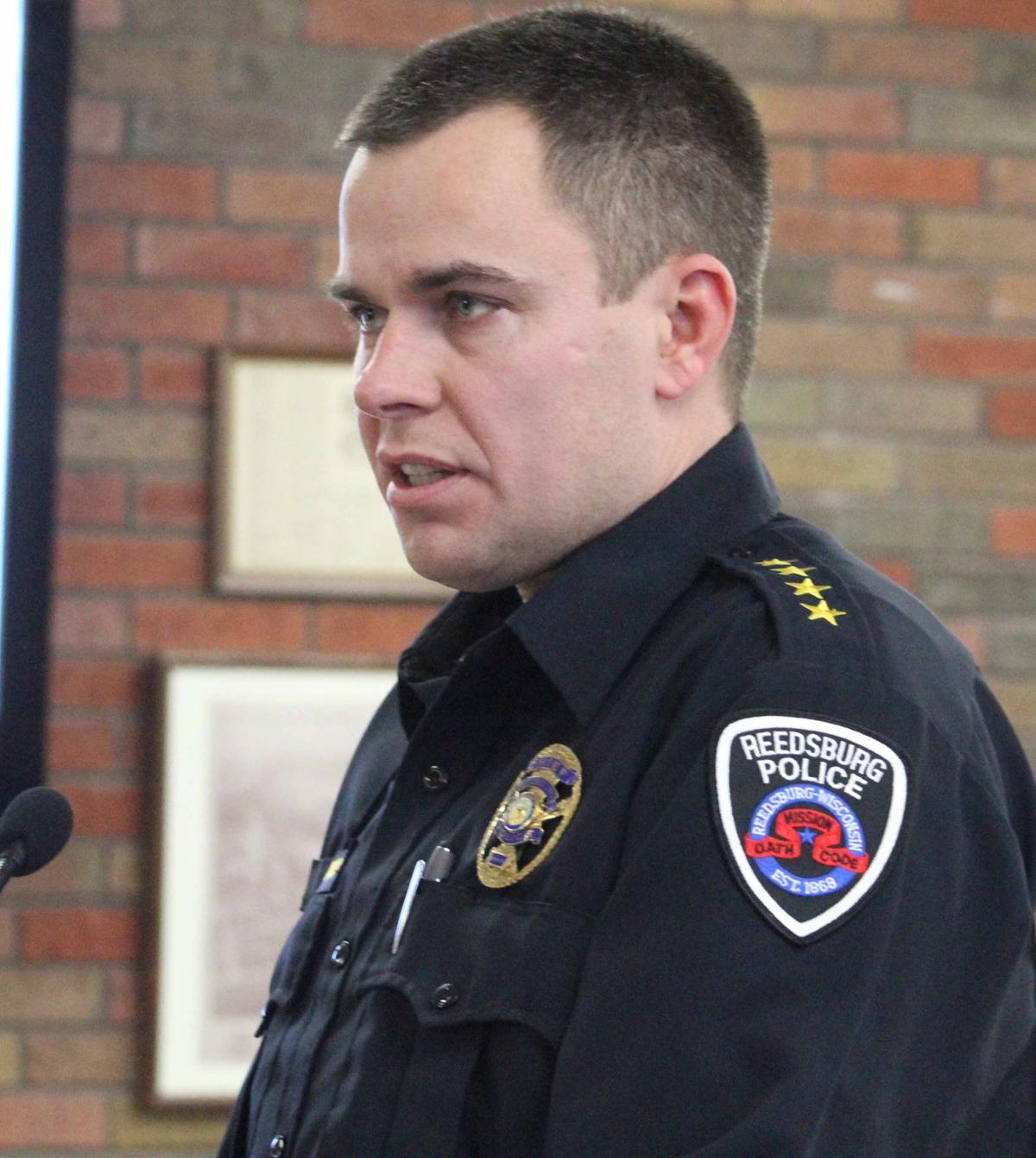 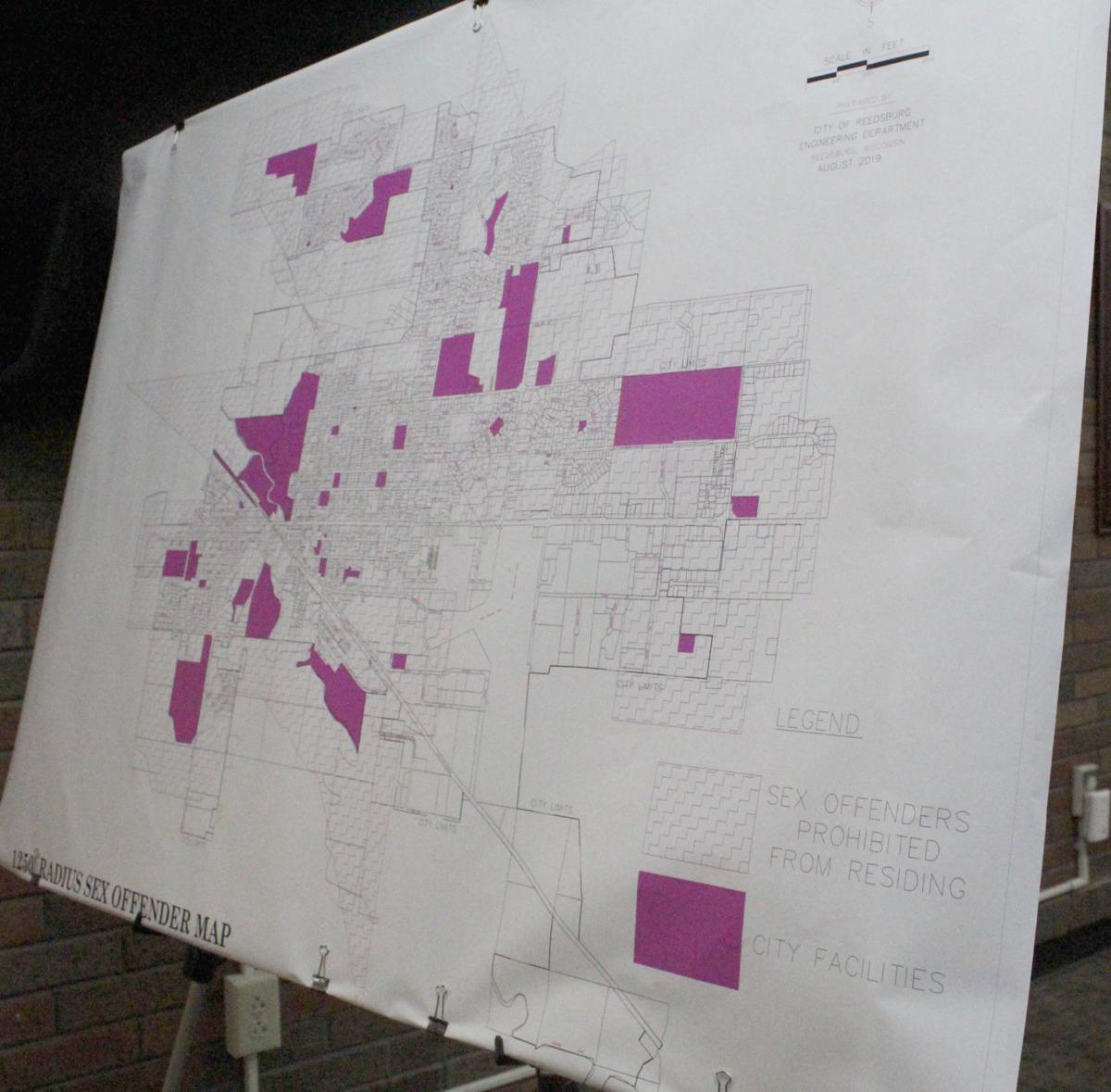 A map of updated restricted areas where sex offenders can and can't reside in Reedsburg within a 1,250 foot radius of child safety zones, 250 feet less than its current ordinance. 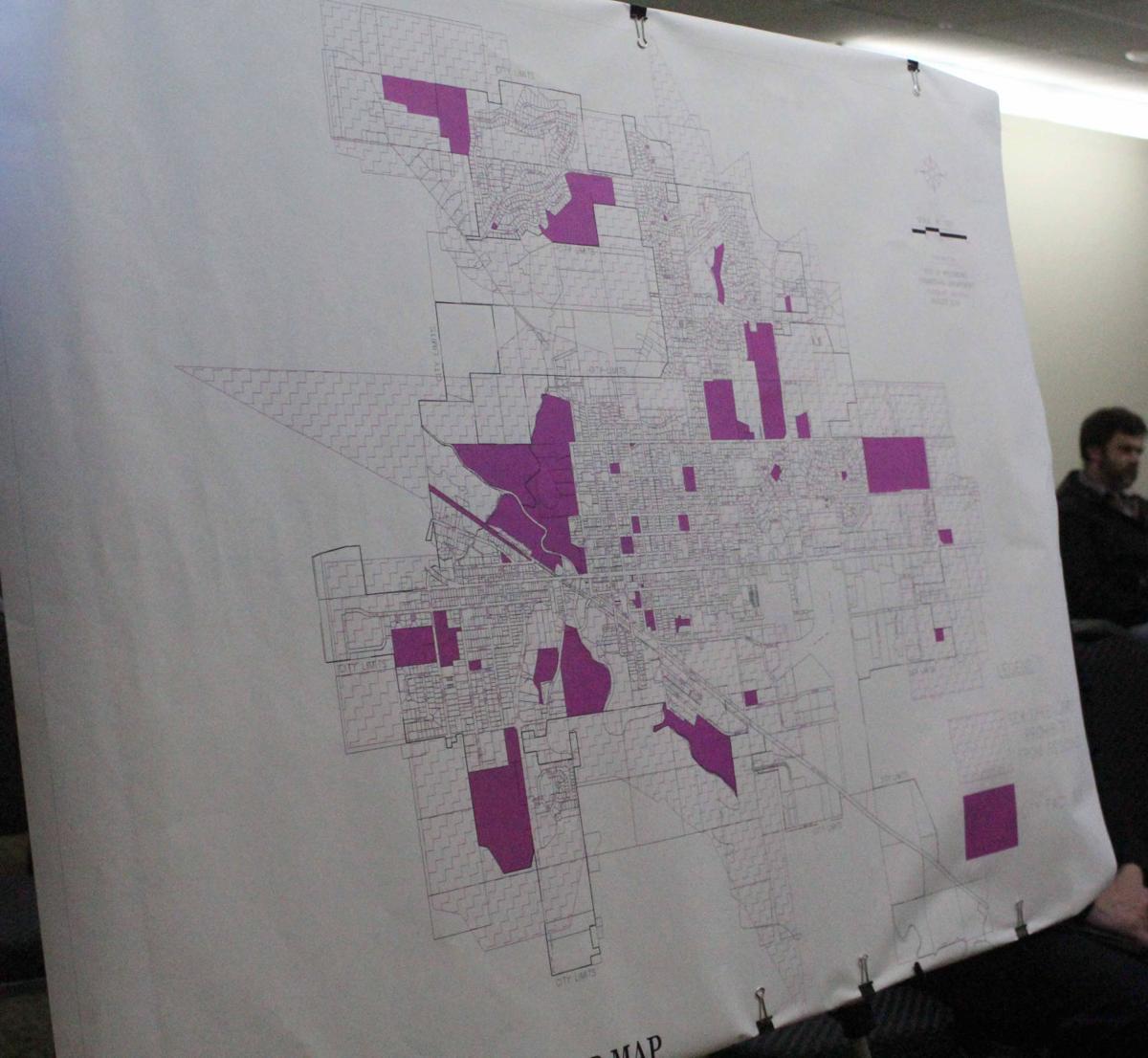 A map of restricted areas where sex offenders can and can't reside in Reedsburg within a 1,250 foot radius of child safety zones, 250 feet less than its current ordinance.

While Reedsburg’s updated ordinance on sex offender residency requirements proposes relaxing some restrictions — including lowering the distance between a sex offender and child safety zone by 250 feet — officials say residents will still be safe.

The proposed ordinance will decrease the city’s sex offender residency restrictions and loitering near a child safety zone from 1,500 to 1,250 feet. While the buffer zone is lowered, Police Chief Patrick Cummings said it will still provide “sufficient safety” for children in the child safety zone areas.

The ordinance keeps intact the same child safety zones to not only include parks, schools and day cares, but also other places children may congregate unsupervised, like the Reedsburg Recreation Center, a recreational trail, golf courses, the public library, a tutoring facility and movie theaters. The updated ordinance also includes the Boys and Girls Club, which isn’t not listed in the city’s current ordinance that was created in 2007.

Written notice must be granted and approved to a property owner should a sex offender want to enter a child safety zone. For example, to attend a religious event at a church or pick up their children from school.

Another change in the proposed ordinance states if the sex offender wants to reside in the areas allowed within the city, the property owners, along with the offender, must provide written notice to the police department within 14 days before entering a lease or rental agreement. A process for those who want to appeal their case before a five person designated offender residency appeal board, which will include members appointed by the mayor, is also included in the ordinance changes.

Reedsburg, Mauston deal with how to house sex offenders

A sex offender cannot take part in a public holiday where candy or other items are distributed to children, like trick or treating on Halloween or holiday parades. The only exception is if the sex offender is a parent or guardian of the children present.

The ordinance also changes original domicile restrictions to not apply if 10 or more years have passed if the offender was released from prison, placed on parole, probation, extended supervision or supervised release and has not been convicted of any additional offense.

Cummings said sex offenders can live along Maple Air Trailer Court on Maple Street, a section of East Main Street towards the city’s east side and a portion outside the city on Old Loganville Road, that would remain the same with the updated ordinance if it is approved. The sex offender registry website lists nine registered sex offenders living in Reedsburg.

City Administrator Tim Becker, who served as Reedsburg’s police chief for 13 years before becoming city administrator earlier this year, said he thought the proposed ordinance is less restrictive than the city’s current one, but said it would still keep residents safe. City Attorney Derek Horkan the ordinance includes standard language with other municipal ordinances and was reviewed by the Cities & Villages Mutual Insurance Company.

“WYou want to make sure you are in compliance and that’s what our goal is,” Horkan said in a separate interview after Reedsburg’s ordinance committee meeting when asked about other municipalities who have reviewed its own laws. “It’s a review of our ordinance as a result of that type of case.”

South Elementary School will be rezoned with the intent of converting the 80-year-old elementary school into multi-family apartments.

Reedsburg’s sex offender ordinance will now require offenders to keep a distance of at least 1,250 feet from child safety zones instead of 1,5…

A map of updated restricted areas where sex offenders can and can't reside in Reedsburg within a 1,250 foot radius of child safety zones, 250 feet less than its current ordinance.

A map of restricted areas where sex offenders can and can't reside in Reedsburg within a 1,250 foot radius of child safety zones, 250 feet less than its current ordinance.