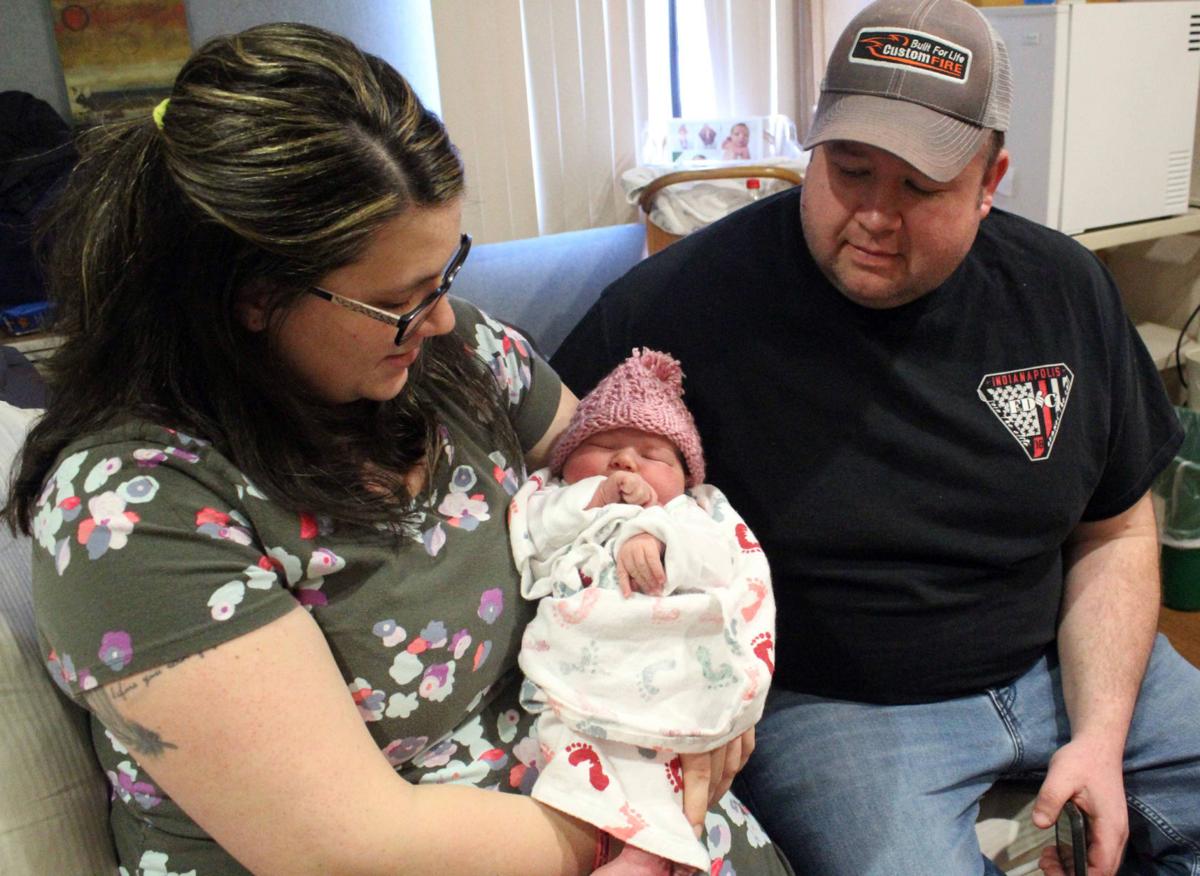 Chelsea Bodendein, left, and her husband Pat, right, both of La Valle, look at their newborn daughter, Jayda, Jan. 30 at Reedsburg Area Medical Center, one day after she was born at the hospital. 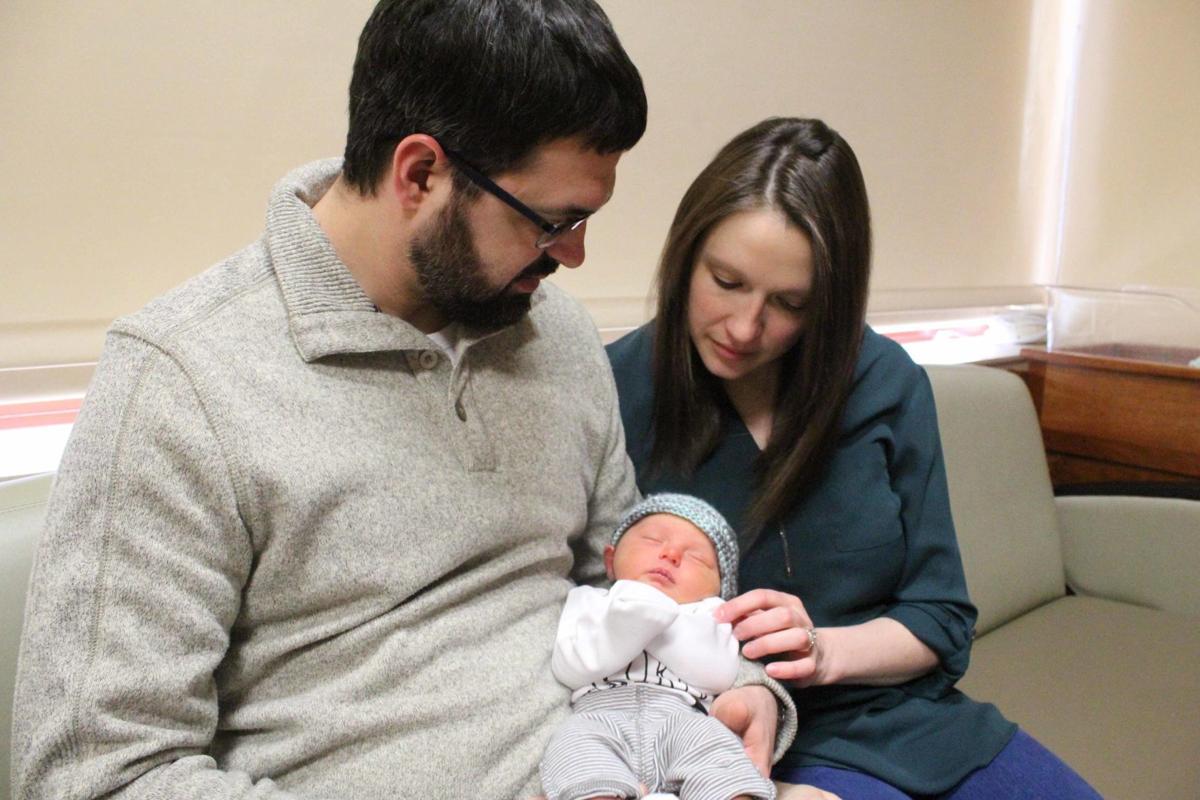 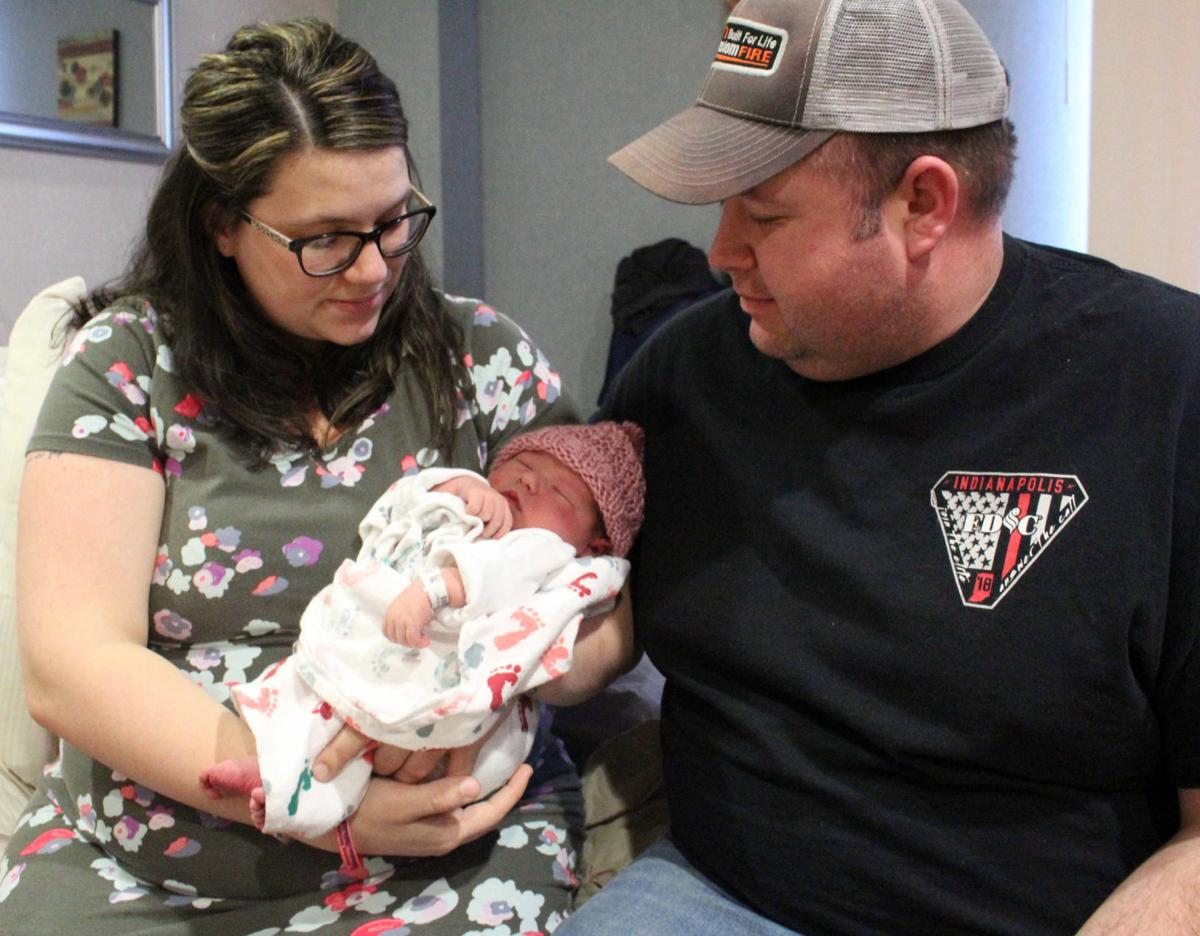 Chelsea Bodendein, left, and her husband Pat, right, both of La Valle, look at their newborn daughter, Jayda, Jan. 30, one day after she was born at Reedsburg Area Medical Center. 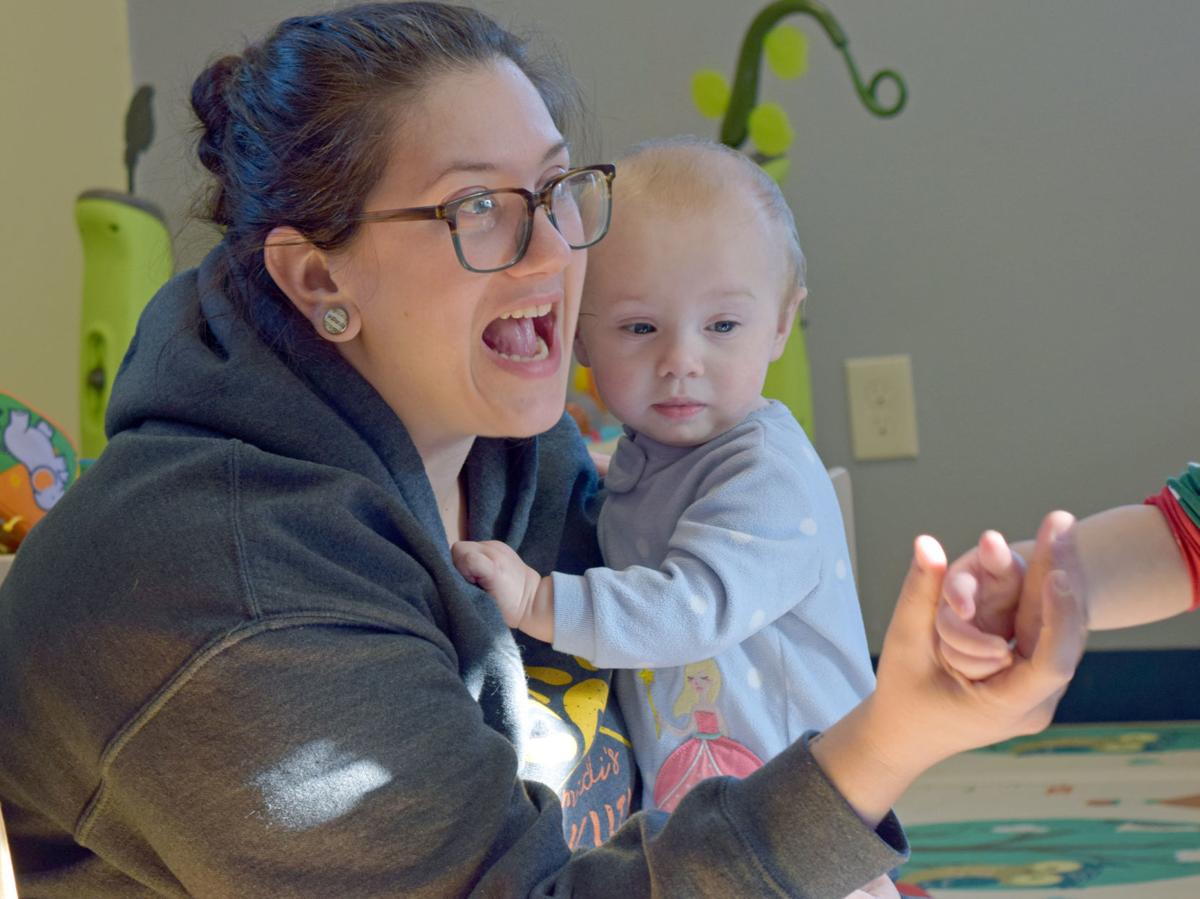 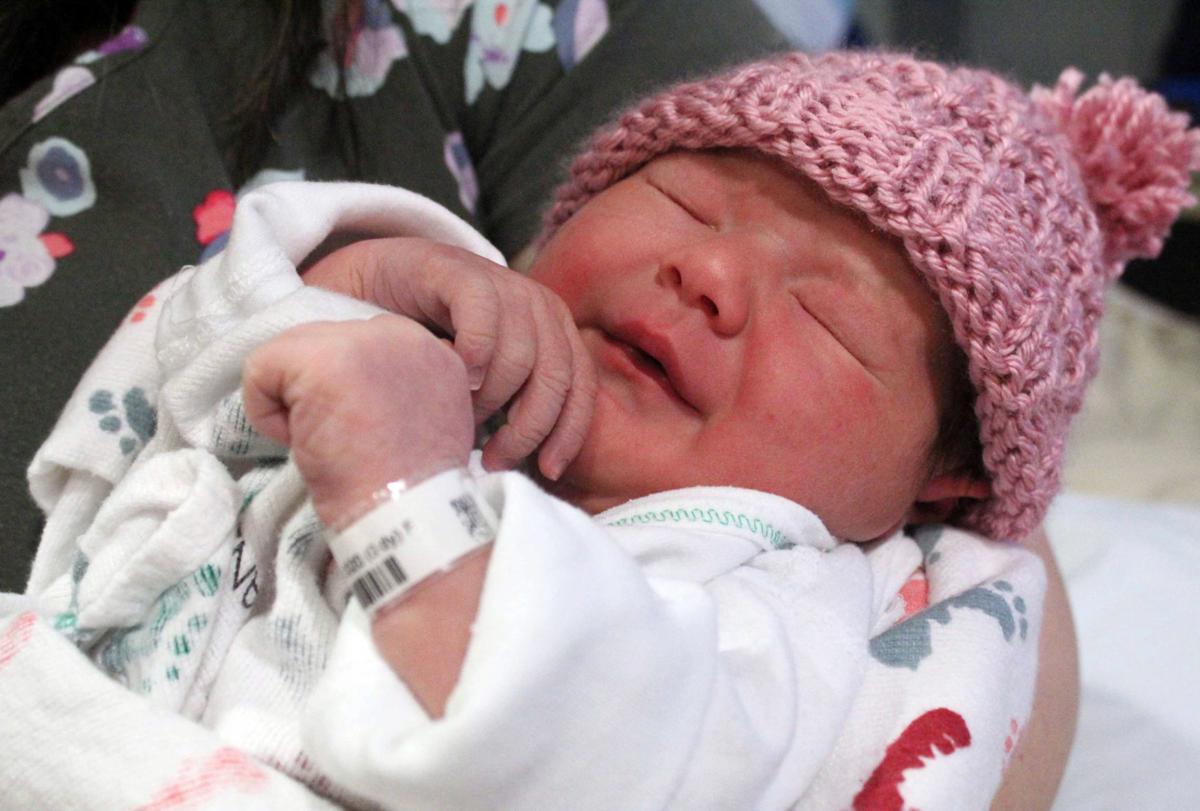 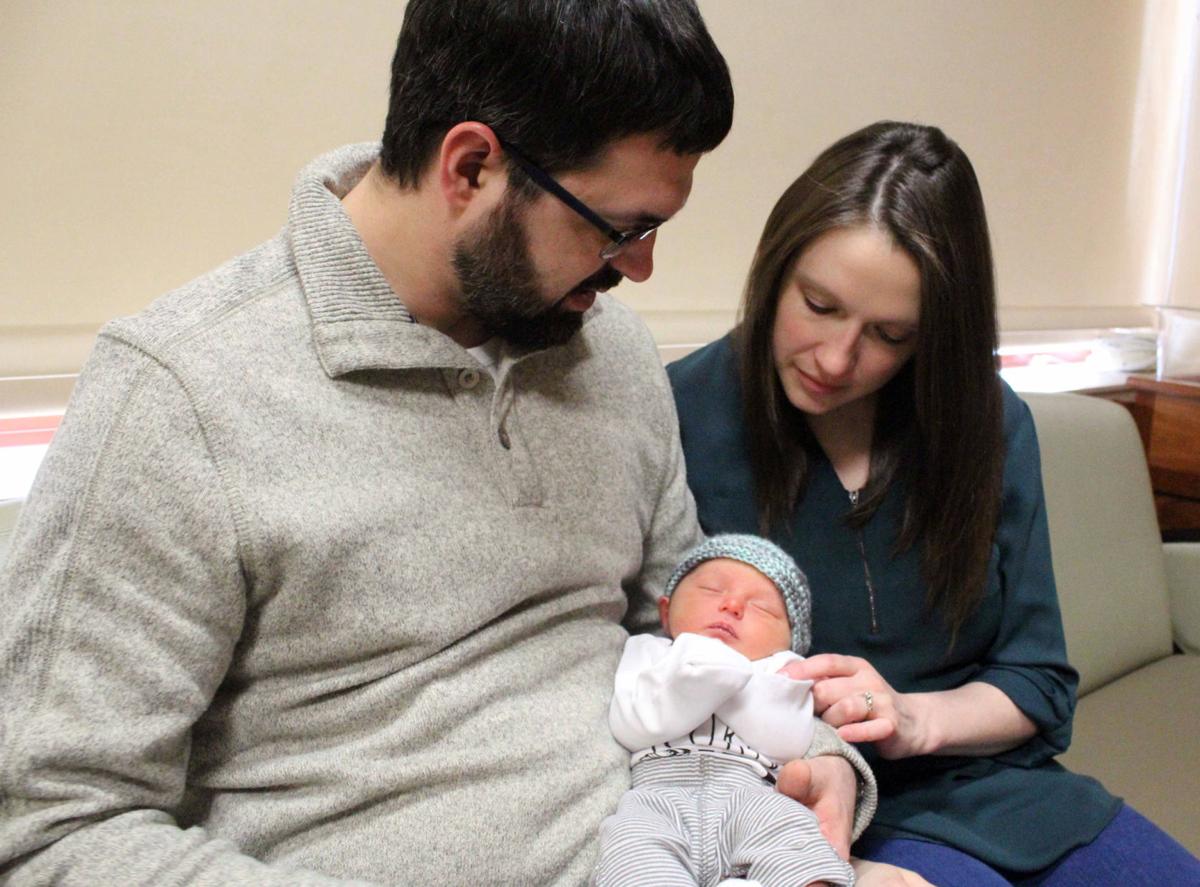 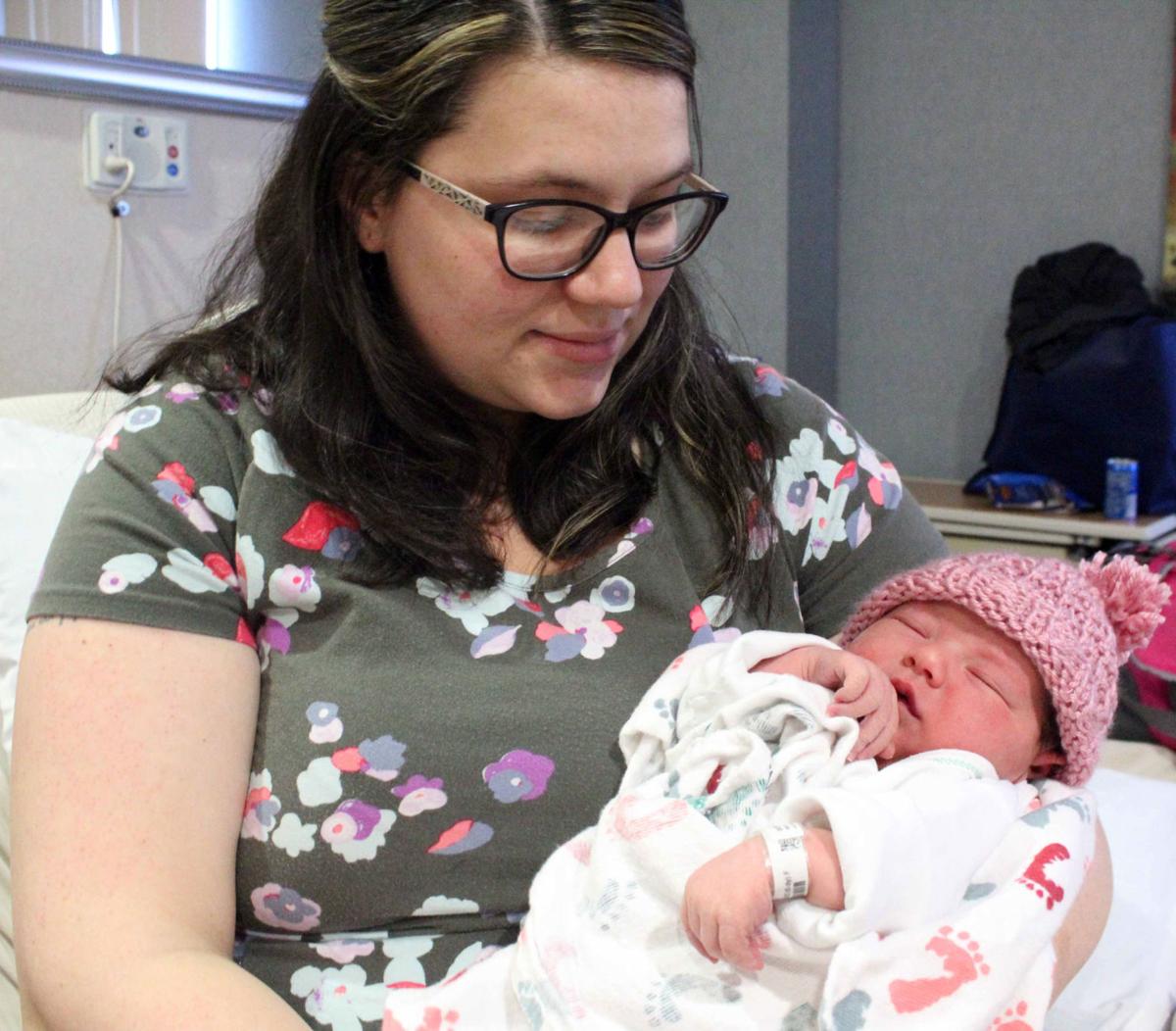 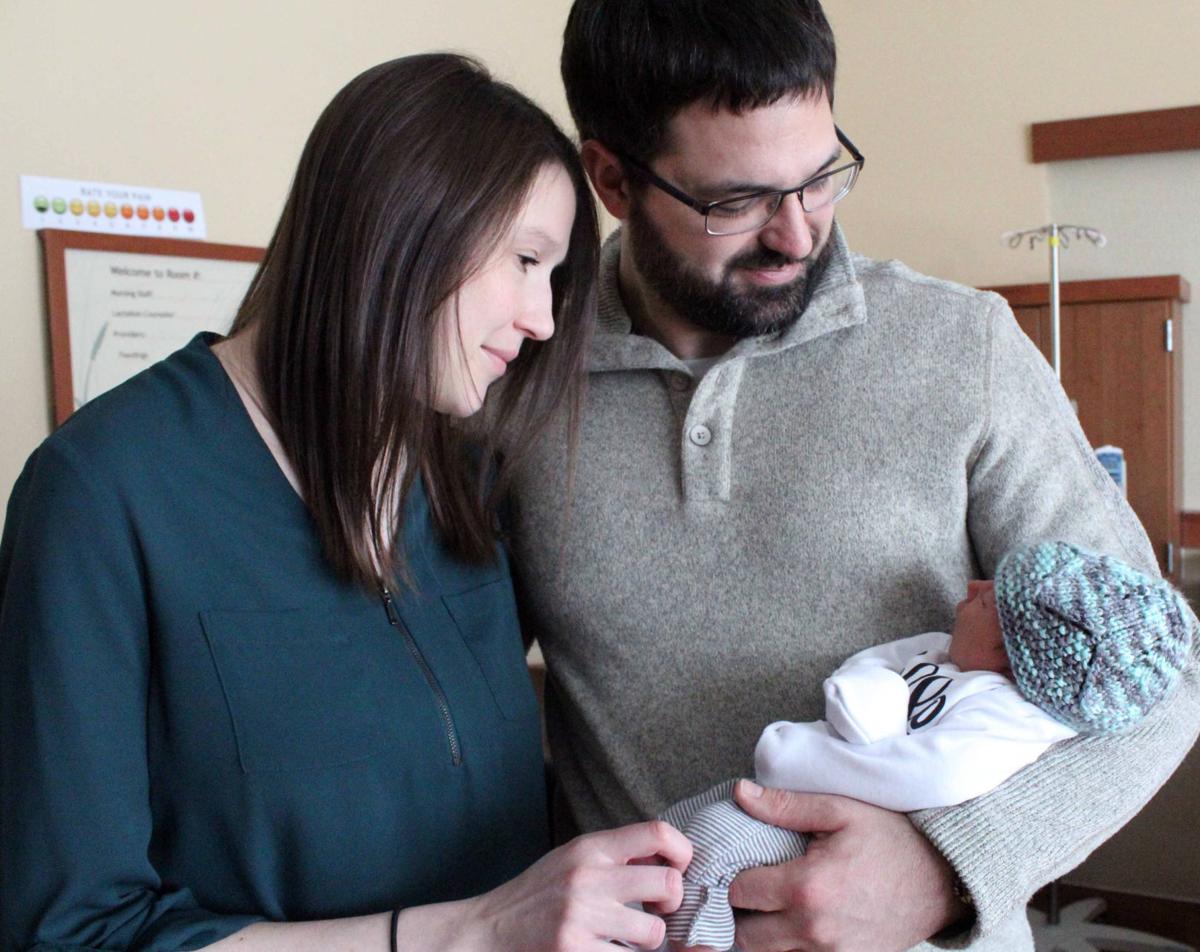 Earlier last year, the nation reported the birth rate dropped to a record low in 2018, a trend experts say attributes to a continuing shift in society.

The Center for Disease Control National Center for Health Statistics Statistician/Demographer Brady Hamilton said registered births around the nation decreased by 2% or 63,788 births from 2017 to 2018, according to data shown from a provisional birth rate report released last fall from the CDC. Other area health departments have seen a decrease in its birth rate statistics as well.

The only age group showing an increase in birth rates was women between the ages 35-39 by 1% and 2% for those ages 40-44, a trend that’s been increasing the past two decades, Hamilton said.

The study doesn’t explain why the national birth rate is declining, but the data shows a shift in women starting families later in life, Hamilton said.

Endowed Chair in Applied Gerontology for the University of Wisconsin-Milwaukee Helen Bader School of Social Welfare Colleen Galambos said the overall drop is because of the decrease in teenage pregnancies and women choosing to hold off having children until later in life to establish a career.

The “lingering effects” of the 2008 Great Recession have also contributed to the decrease because those who were affected might have lost resources and not been able to recover, she said. Those effects are another reason why younger people are holding off on “getting ahead” from buying cars to purchasing houses and even starting families, she said. Another factor is the growing rise of student loan debt which “impacts people’s ability to move forward,” she said.

Galambos said the declining birth rate could contribute to future issues in society, like who is going to be available to provide care taking responsibilities for the older population and fill in for job vacancies, even by those that could be replaced by automation.

“We need to think about how we are going to be able to keep society functioning with lower numbers of people,” she said. “We need to think carefully about what this change in demographics is going to mean and how are we going to respond to it as a society.”

When asked if the birth rate will increase or decrease over the next five to ten years, she thought it would continue to decrease until the economy is better for people to “comfortably afford to have children.”

He said the birth rate is also declining around the state, a trend that’s been happening since the 1970s even at rates greater than the nation. The state declined 12% in total birth rates since 2007, he said.

“It’s related to the issues we all know,” Lawther said. “There’s an aging population, there are fewer women having fewer children and they are having them at later ages and, quite drastically, one of the major reasons for this is the significant decline in teen births.”

Galambos said the decreasing birth rate could affect society in the future because the United States is experiencing a shift in demographics.

Starting in 2035, the nation will have 78 million people 65 years and old and 76.4 million under the age of 18, the first time the older demographic will outnumber the younger generation in the nation’s history. It’s a change that’s even happening currently with Baby Boomer generation retiring and people living longer with healthier lifestyles, improved living conditions and better health care, she said.

IN DEPTH: Nursing homes face challenges due to lack of funding

Like Galambos, Sullivan said she’s also seeing a more aging population in Juneau County with about 19.5% of its residents currently over age 65, a number expected to increase to 30% by the year 2030, she said in an email.

With society currently set up to provide more services to children and adolescents, an aging population and decreasing birth rate could mean a change in services geared towards the higher population of people in the future, Galambos said.

“As a country we’re just not prepared for what this is going to mean and what we need to do to prepare for this onset of older adult population,” she said.

Lawther agreed and said the Sauk County Health Department is strategically planning on how to best serve the older population of people. He said the challenge of addressing the needs of an aging population is something communities need to address and be prepared for, as well as keeping in mind how to encourage young families to live in the Sauk County area to continue the growth in the county.

“As the population ages, the programs we have focused on maternal and child health need to continue,” he said. “But as more and more people are aging, we really need to make sure we are developing good public health prevention programs for older adult populations.”

Like the health departments, the areas hospitals are also seeing a difference in how many babies are delivered.

Dregney said she believes the drop in Reedsburg Area Medical Center’s birth rates is similar to what the report from the Center for Disease Control reports.

“It makes sense what they are saying,” Dregney said. “They are talking about how people, especially women, want to finish schooling and maybe starting families later.”

She remained hopeful the amount of deliveries at the hospital would increase in 2020 based on the amount of women being seen for prenatal care that is higher this year than in previous year.

She said the amount of women receiving prenatal care at the hospital shows the possibility of 27 babies being born in March, over 20 in April and about 21 in May. Those predictions could change and the amount of babies born from month to month vary, she said.

Dregney said the drop in birth rates mean less patients delivering babies, which affects how the unit is staffed.

The number of delivers at Reedsburg Area Medical Center are different from Sauk Prairie Health Care’s birth center. Director of the Birth Center and Women’s Care Unit Beth Martinka said the amount of delivers have steadily increased at the birth center since it was built in 2013, with the amount of births at a record high at 354 in 2019 compared to 348 in 2018. She said it’s a number she is a surprise with since the birth rate is dropping but it also means more people, even those who live outside the Sauk Prairie area, are going to Sauk Prairie Healthcare to deliver their baby.

Martinka said she believes the increase is based on efforts Sauk Prairie Healthcare has made to attract other people to its birth center from the level of care, to seeing what patients are looking for with health care.

“I think for our setting it’s important that we make sure we stay up on top of trends like this in order to better put ourselves in a situation where we can provide the services people are looking for,” she said.

Chelsea Bodendein, left, and her husband Pat, right, both of La Valle, look at their newborn daughter, Jayda, Jan. 30 at Reedsburg Area Medical Center, one day after she was born at the hospital.

Chelsea Bodendein, left, and her husband Pat, right, both of La Valle, look at their newborn daughter, Jayda, Jan. 30, one day after she was born at Reedsburg Area Medical Center.