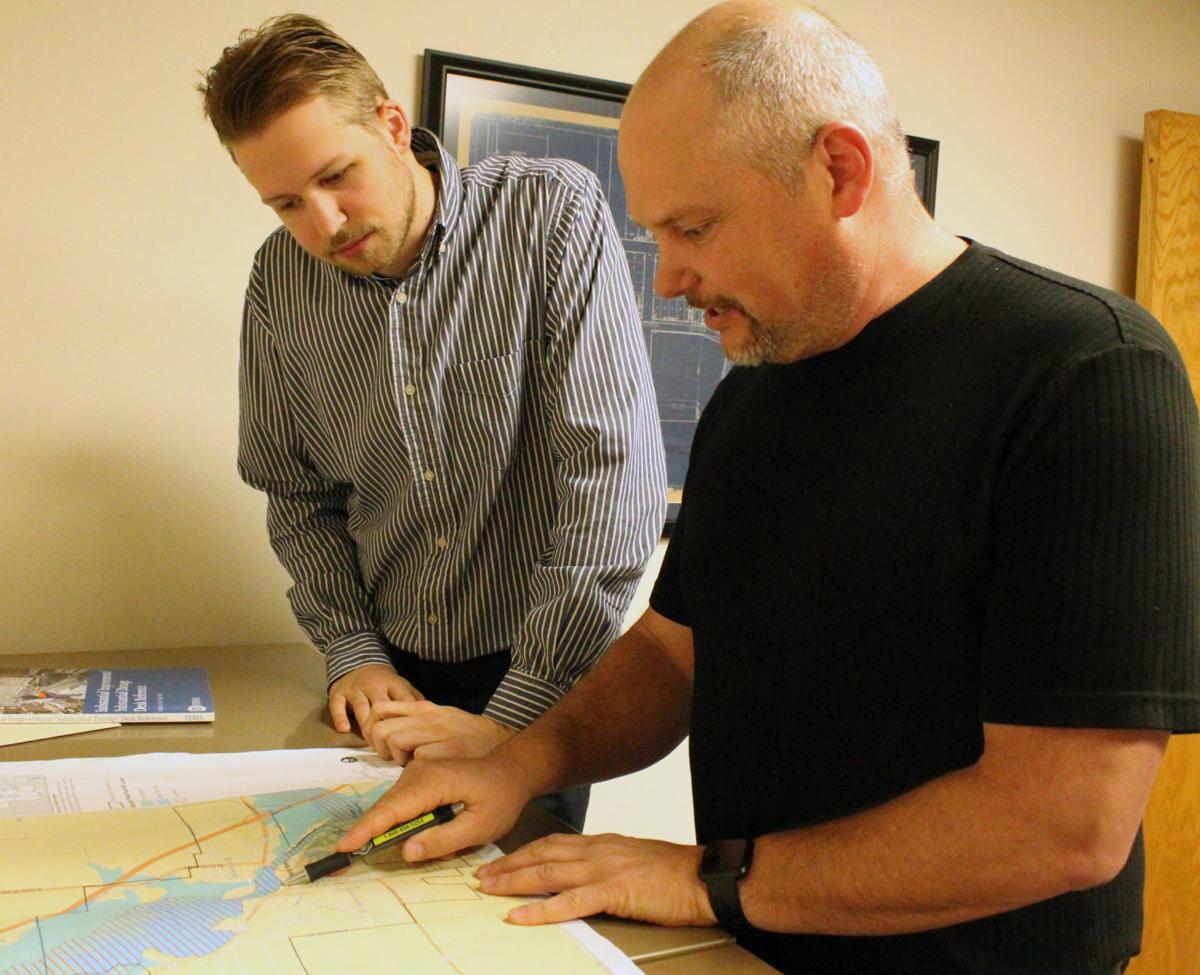 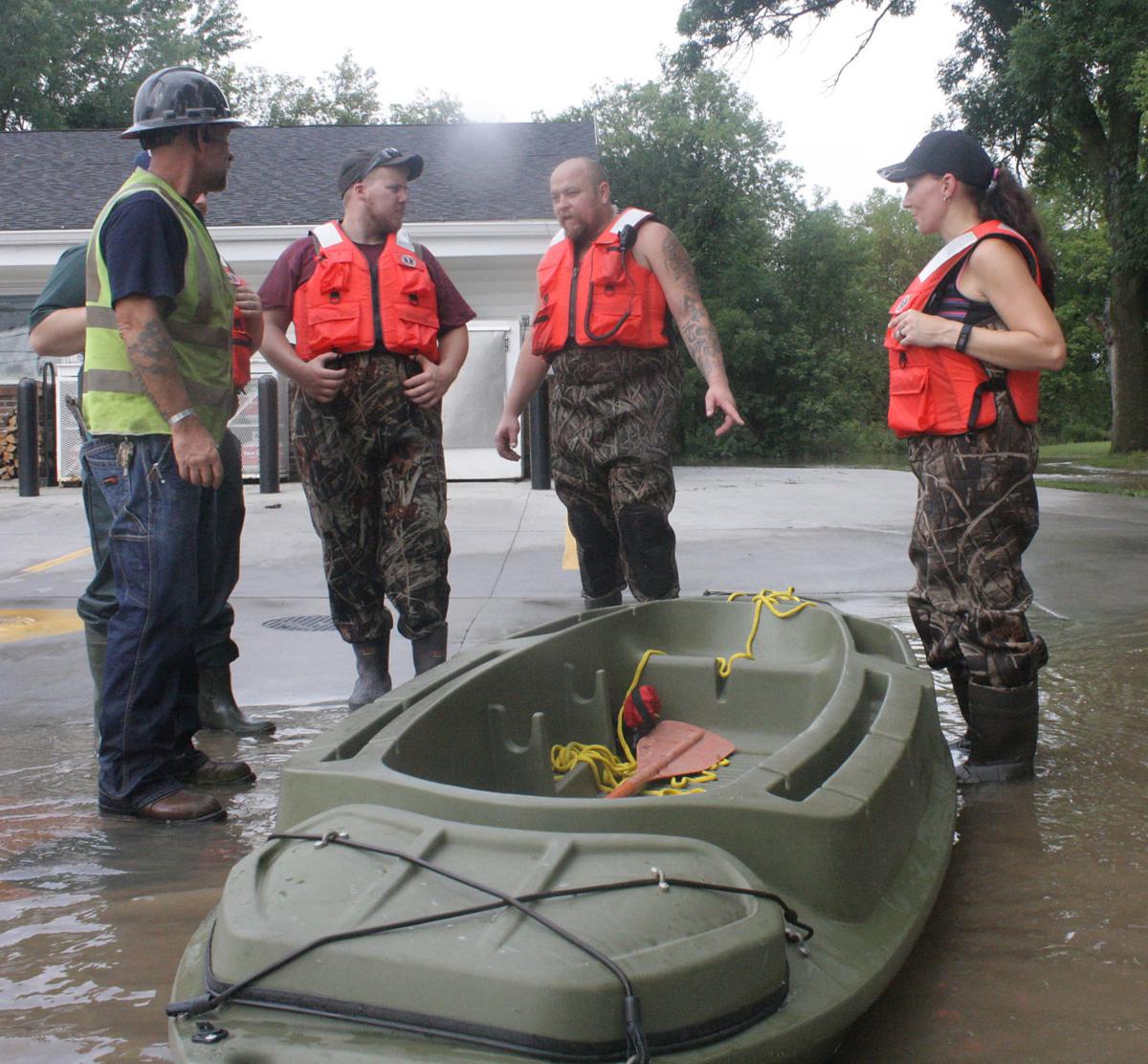 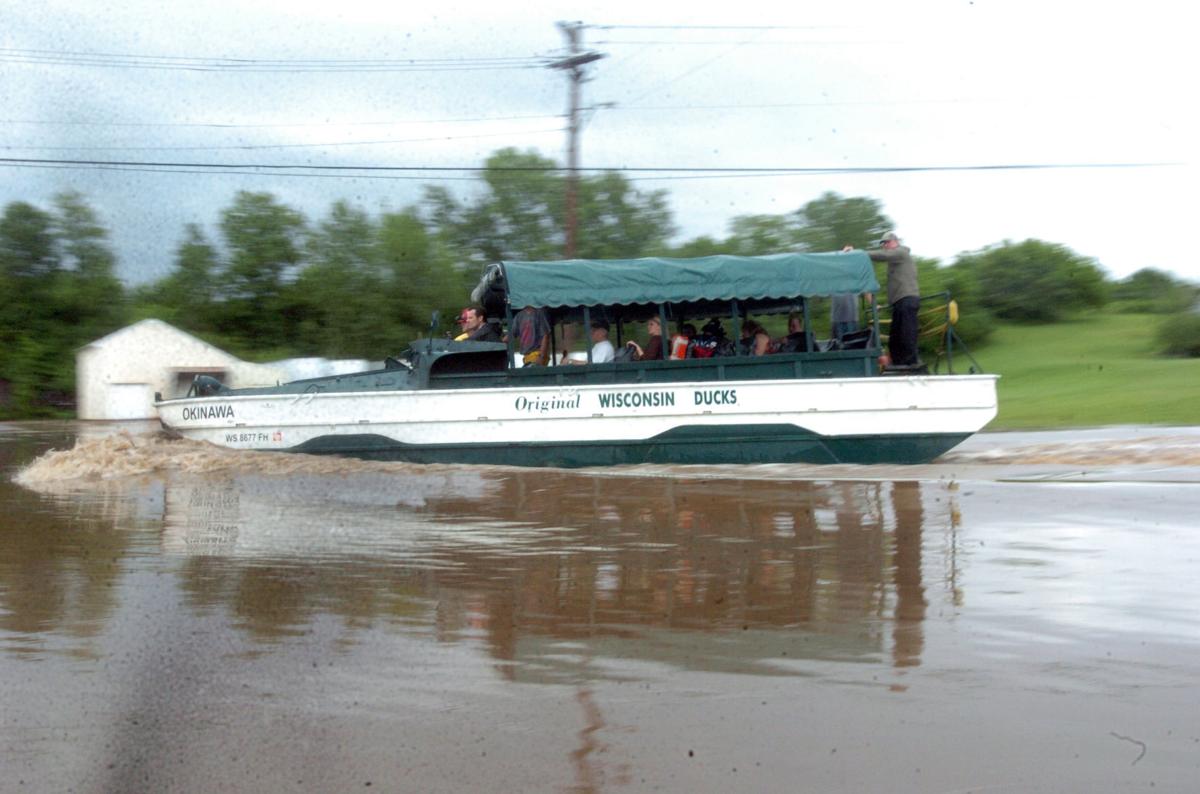 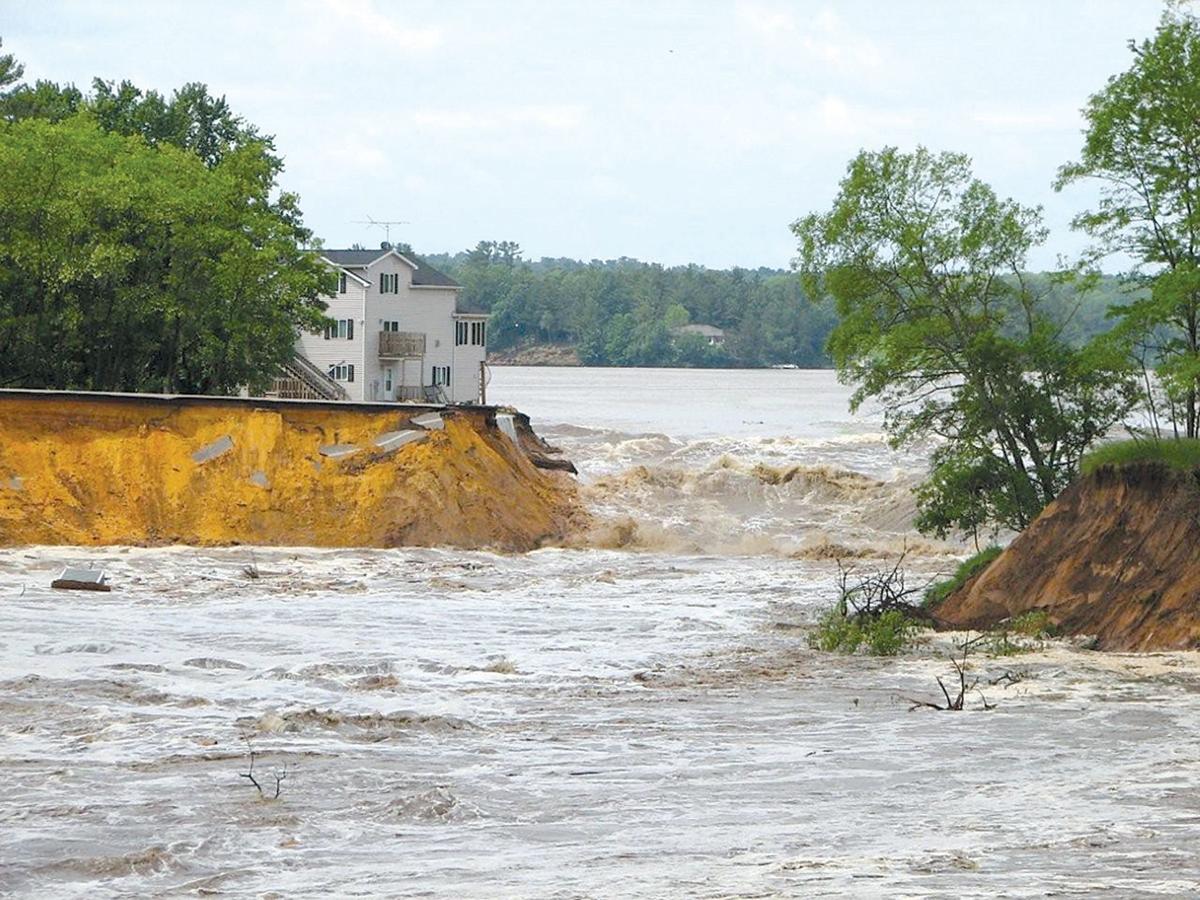 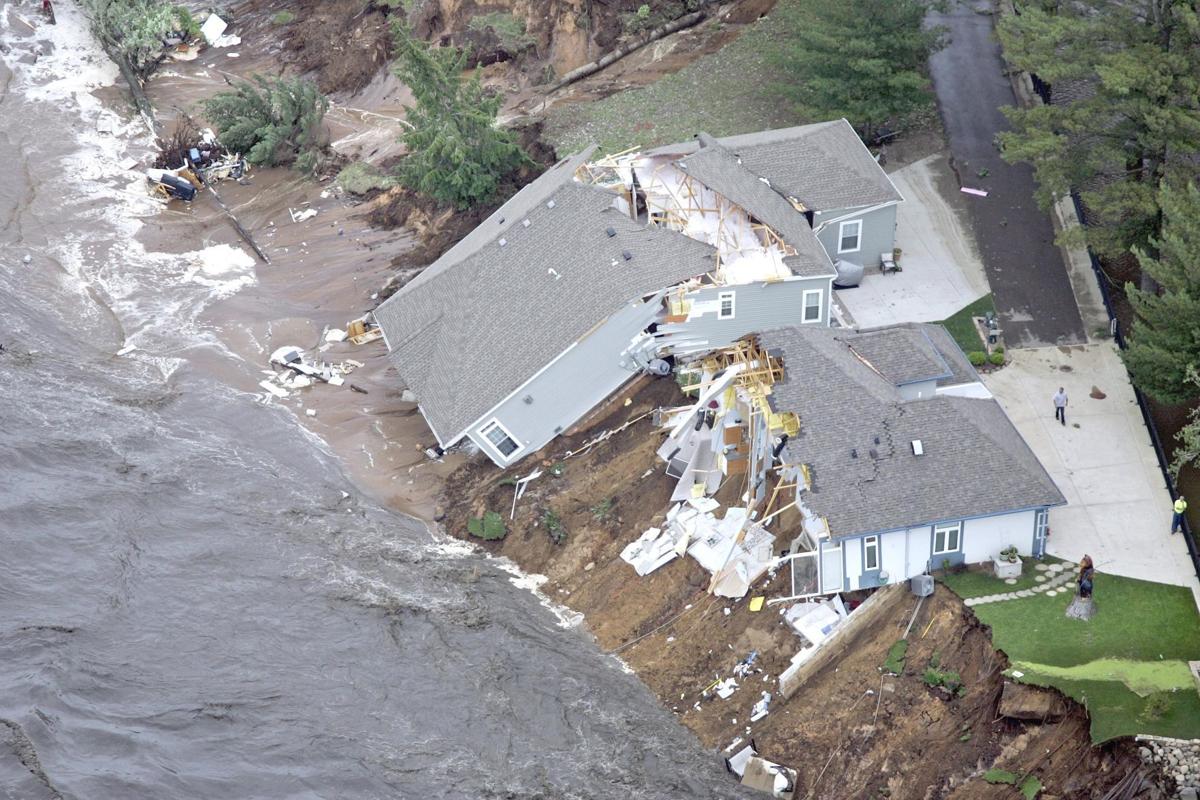 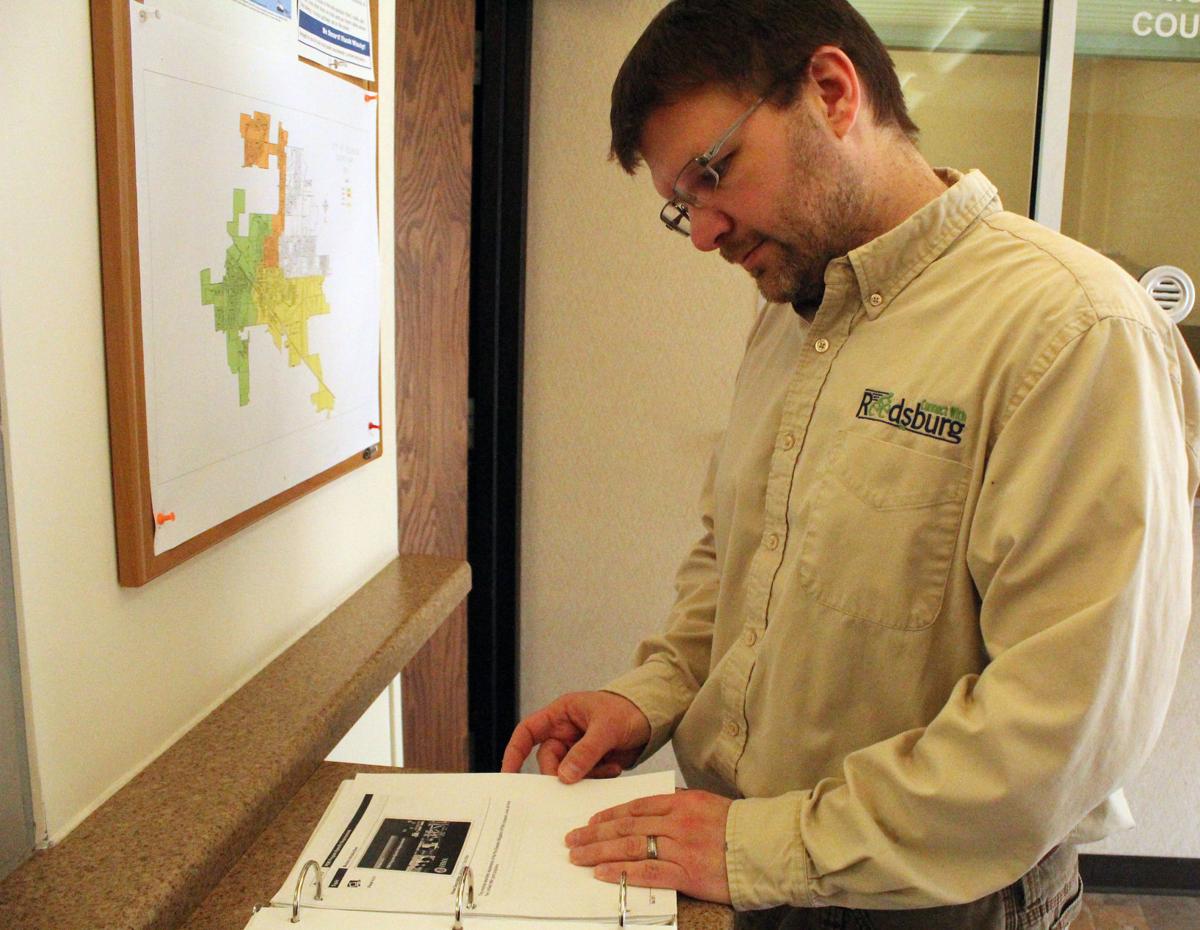 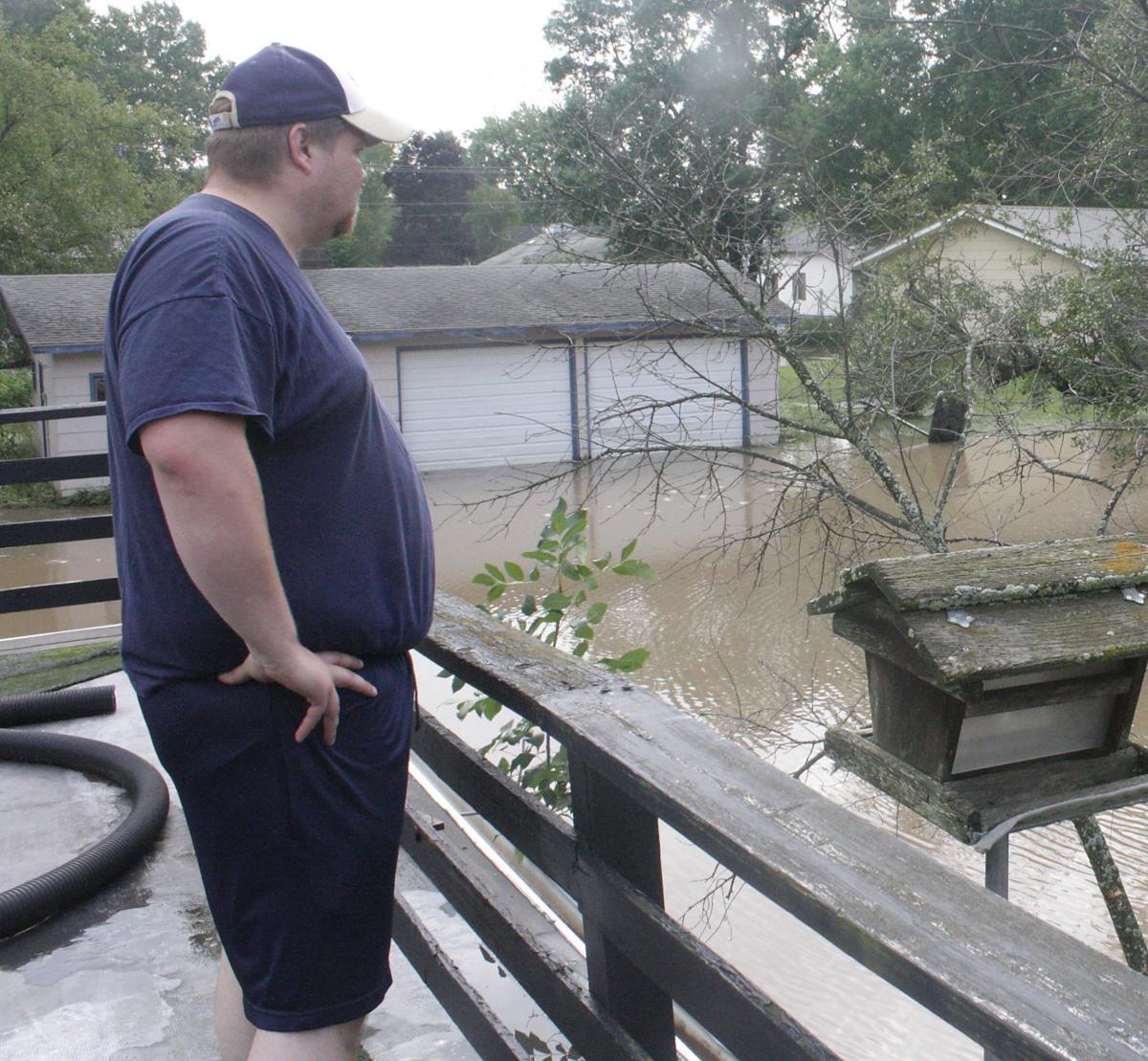 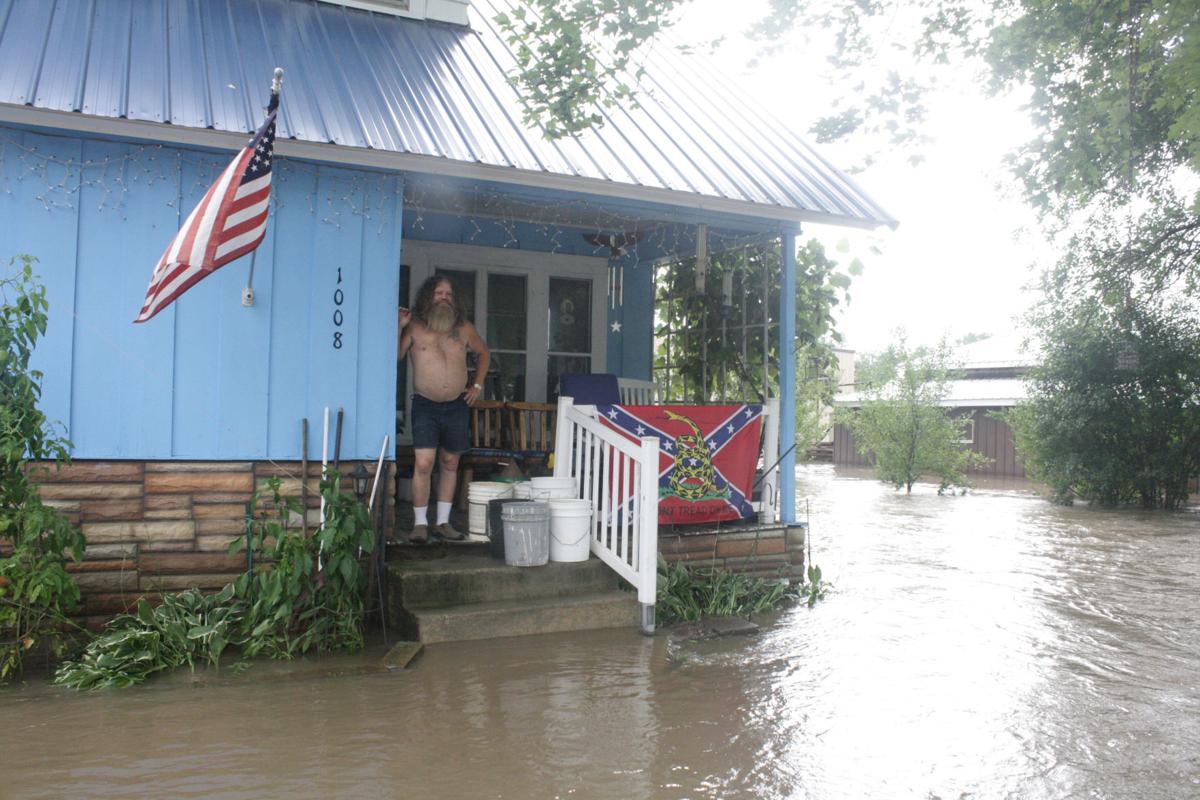 As the region was pounded by torrential rainfall late last summer Lake Delton was tested, said Tom Diehl village board trustee and owner of Tommy Bartlett.

A decade prior increased lake levels from heavy rainfall caused the north side portion of County Highway A to collapse, breaching and emptying the entire lake. The disaster destroyed about five houses as 700 million gallons of water rushed into the Wisconsin River.

“That’s when the disaster became a total reality,” Diehl said.

A task force was created with Diehl, then Gov. Jim Doyle, state and federal officials to put together a plan for rebuilding after the floods. It included rebuilding the lake and filling the cavity of the breach with a bentonite slurry material. Gates were installed below and on top of the dam. Diehl said a “mammoth emergency spillway” about 90 feet long was constructed to “allow more water to pass through than normal.”

Diehl said he also credits the storm water ordinances the village enacted to control flooding. Those efforts took place prior to 2008.

“We have controlled any kind of localized flooding and anything from our ordinances which is a very positive thing,” he said.

Diehl said he was told by engineers the repairs would ensure similar events from 2008 would not repeat itself.

Diehl said by some estimates the watershed received more rain in 2018 than in 2008. The rainfall from Mirror Lake increased Lake Delton by about five inches, he said. When the test came in August 2018, the dam and the area that breached ten years earlier held. Lake Delton and the Wisconsin Dells area was spared a repeat of 2008.

“Since 2009, we’ve had tremendous rain events and it hasn’t been a problem,” Diehl said. “It showed that it was working and that was a good test on it.”

The rest of the areas in the region, including Reedsburg, Elroy and Rock Springs, suffered floods over a two week period with similar or higher levels than in 2008. Communities around the region are creating updated plans and pursing federal and state dollars to find ways to prepare for the unexpected.

Assistant Professor in Civil and Environmental Engineering at University of Wisconsin-Madison Daniel Wright said with increasing air temperatures in the Midwest and the eastern half of the country comes increased humidity and water vapor. More humidity means additional heavy rainfall that could contribute to flooding.

He said scientist are also studying how changes in circulation patterns, like the polar vortex, come into play with flooding.

“Those sort of changes will influence where, when and how often these extreme rainstorms are going to happen and that is still a story that’s being figured out,” Wright said.

Wright said it is “quite difficult” to forecast a long term prediction of when another flood, like one seen in late 2018, could happen.

Reedsburg City Planner/Building Inspector and Zoning Administrator Brian Duvalle said about 75 properties sit in the flood plain in the city.

Sixteen structures were ruled substantially damaged from the 2018 floods and are eligible for potential buyouts from FEMA’s Hazard Mitigation Program. Recently, the city added three more properties to its list to submit to FEMA.

Duvalle said one of the challenges for the city in addressing flood plain regulations is having dryland access, or street access to escape a flood — a state requirement.

“So even if they raise it up, they still don’t meet the regulations because they don’t have the dryland access,” Duvalle said. “When we have these houses that are more than 50 percent damaged from the flood even if they do have the money they can’t and the city isn’t going to raise the street.”

Duvalle said the only solution to the issue is applying for FEMA’s Hazard Mitigation Grant Program and offering buyouts to property owners to remove the properties from the flood plain. Deed restrictions would be placed in areas so nothing is built on the property. It is the same solution the city took in 2008.

“It solves it once and for all,” he said.

It isn’t know what will become of the properties ruled substantially damaged from the 2018 floods.

“What happens now is too early to tell,” he said.

Elroy Administrator/Treasurer Carole Brown said the city is focusing on buyouts for properties on Lake Street, Franklin Street and Marshall Lane. Fourteen homes and one church were ruled substantially damaged in the city. In a March 27 interview, Brown said the city submitted an application for those structures to the FEMA Hazard Mitigation program March 21 to acquire and demolition of those structures. Estimated costs for the project are about $1.5 million, Brown said. She said six homes in Elroy were ruled substantially damaged in the 2008 floods. Those structures were bought out and turned into green space.

“Our first priority is to help out our residents making sure they are safe and they get what they need in order to proceed,” Brown said.

Rock Springs isn’t only looking at potential buyouts for the buildings ruled substantially damaged in the village, it’s also considering moving its entire downtown and business district out of the flood plain. Rock Springs follows other flood stricken communities, like Gays Mills and Darlington, in considering a move after floods rocked the area.

In mid-March, the village suffered another round of floods when snow melt raised the Baraboo River water levels to 22 feet. Village Trustee and Chairman of the Villages Flood Recovery Committee Jamie Busser said those are “normal flood” levels for the village of about 300 people.

“Water goes over the road in a couple of areas,” Busser said. “You got to go around it but it wasn’t the pure damage you’ve seen with the bigger floods.”

Busser said Rock Springs sits between the Baraboo River and the Narrows Creek Watershed. He said the landscape of rocks surrounding the village creates a narrow pathway for water to escape when it rises.

“We basically have three times the inlet than what we have for an outlet in the lower part of town because of our beautiful rocks and our railroad,” Busser said. “Our outlet is only so large so it basically acts as a dam.”

He said dykes were installed from the 1960s by the Army Corp of Engineers. However, the village is still prone to flooding and was devastated when the banks of the Baraboo River spilled 28 feet of water into the village in August 2008. About 19 structures were lost in the disaster. Busser said some projects were completed, after 2008, to protect some of the lower areas of buildings — like blocking out basement windows for the lower floods the village is prone too.

That is when the village first began looking into relocating its downtown, but officials believed another major flood wouldn’t happen for 100 years and the project was put on the back burner.

That changed after the village suffered two floods in a two-week period in late 2018, when 27 feet of water swept through the village. Four businesses, three houses, an apartment building and the community center were ruled substantially damaged. The board approved to tear down the community center at its March 18 meeting, whether it receives a buyout or not. It plans to construct a new municipal building on higher ground on Railroad Street. The village is hoping to start construction on the new municipal building in spring 2020.

Planning ahead and projects

Many communities in the region are in the first stages of looking at mitigation efforts and devising long term recovery plans.

Prairie du Sac Village Administrator Alan Wildman said the village is looking at reviewing the events that led to the flooding, the village response and “what needs to be done going forward.” He said the village was “fortunate” during 2008 and 2018 and didn’t experience flooding issues.

In Reedsburg, the city held community meetings in early March with FEMA to address a long term recovery plan for the city. Duvalle said flood recovery could be addressed in the 20-year comprehensive plan due for review.

Mauston City Administrator Randy Reeg said the city’s engineering firm, MSA, completed a flood water modeling study for Maus Creek. He said the study found the best option is to increase the capacity of the culverts to improve the drainage basin, helping water pass through more quickly. He said the city is a

FEMA and HUD have payed out over $5 billion to relocate people in flood-prone areas. See where and search for local incidents.