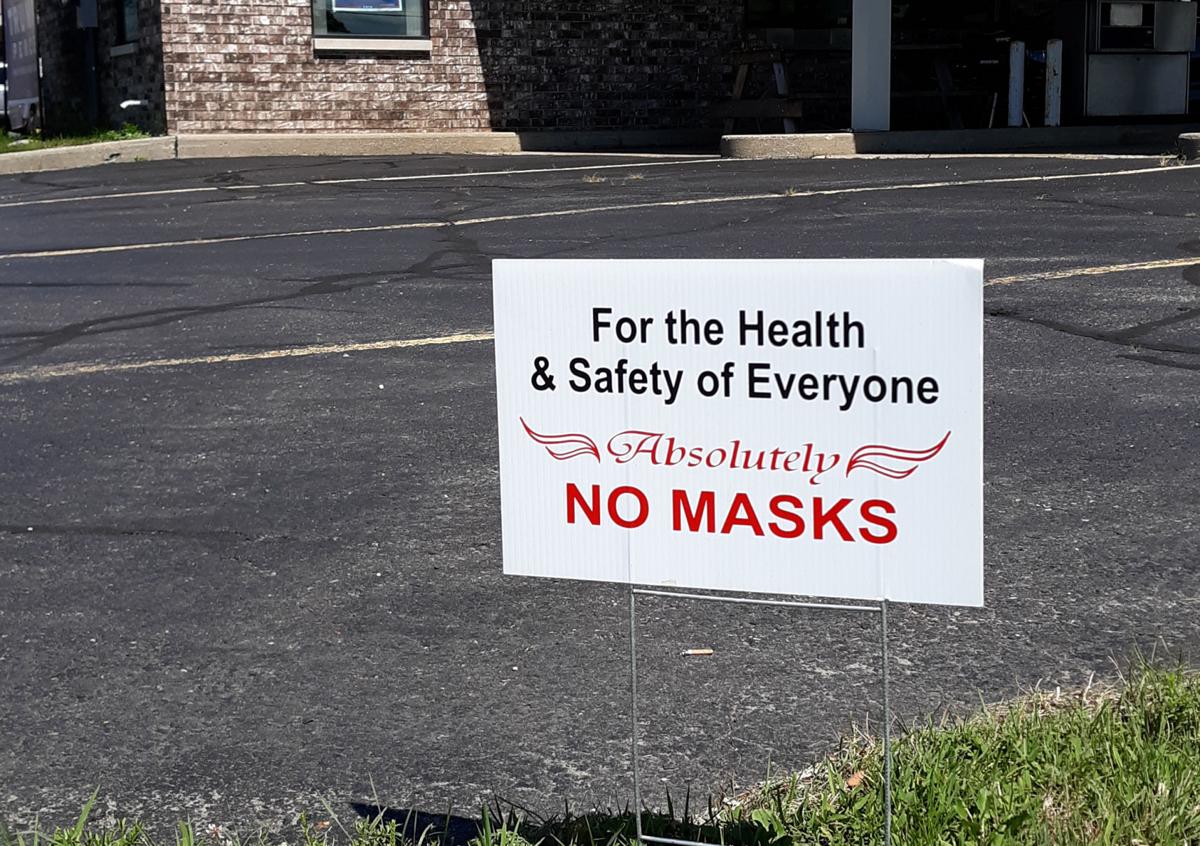 A sign outside the Sauk County Republican Party headquarters in Reedsburg urges people not to wear masks as protection against COVID-19. County Republican Chairman Scott Frostman said the sign was placed without approval. 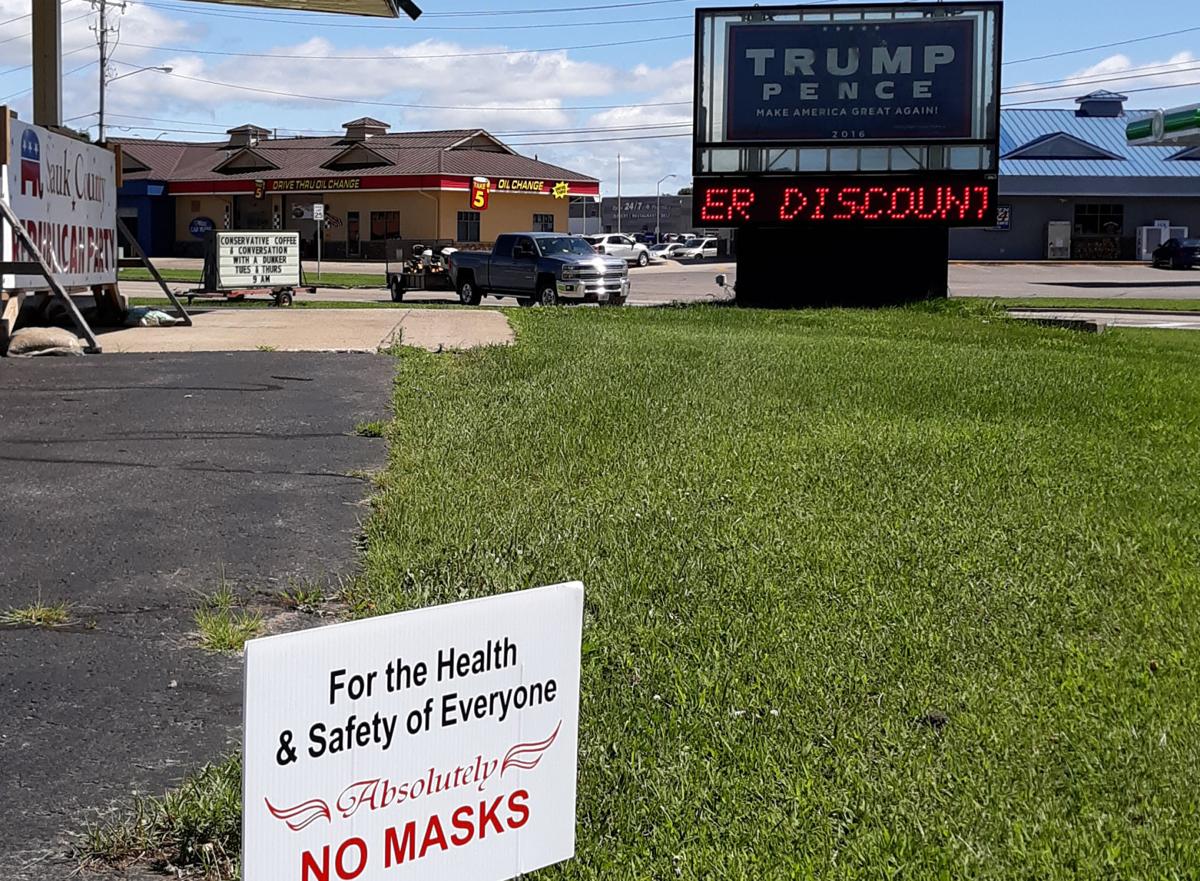 A sign outside the Sauk County Republican Headquarters asks people not to use masks. Republican Chairman Scott Frostman said the sign was placed without approval.

The Republican Party of Sauk County said it did not authorize placing a now-removed anti-mask yard sign outside its headquarters in Reedsburg.

Sauk County Republican Party Chairman Scott Frostman, who is also an opinion columnist for Capital Newspapers, said the political organization did not authorize the sign placement. Frostman said his understanding is a volunteer from the organization likely placed the sign without knowledge or approval from himself or the Republican Party of Sauk County.

The yard sign stated, “For the Health & Safety of Everyone Absolutely NO MASKS.”

He said in a July 23 interview he hadn’t had the chance to talk with the volunteers in Reedsburg further about the matter.

Frostman said volunteers found the sign and took it down. He wasn’t aware of the dates the sign was up or taken down.

“My understanding is that as soon as we really saw there was a sign there that wasn’t really appropriate, we removed the sign,” he said.

Frostman said the Republican Party of Sauk County does not take a partisan stance on the mask debate. He asks people to educate themselves about the use of masks and decide for themselves if it’s the best choice for them.

“Wearing a mask or not wearing a mask is really an individual choice,” he said. “I want people in the Republican Party to follow the laws that are there and respectfully speak their voice when they think a law is incorrect or unjust. But the issue itself is not a partisan issue.”

According to the CDC website, health officials recommend wearing a cloth face covering in public settings when around people outside of their household, especially when other social distancing measures are difficult to maintain, as one of the preventative measures against spreading the coronavirus.

President Donald Trump encouraged face masks to be worn July 22, after months of refusing to wear one, to limit the spread of the coronavirus. Trump even tweeted a photo of himself that same day in a mask and calling it an act of patriotism.

That same evening, the Sauk County Board decided it didn’t have the authority to mandate masks with a 23-7 vote.

After a few months of waiting, the Baraboo Public Library may have cleared its final obstacle in securing funding for its more than $10 millio…

An atypical year will be marked with an atypical ending Friday, when Baraboo High School’s Class of 2020 will walk across a stage to receive t…

A Baraboo woman was arrested Friday after authorities suspected she stole electronics from a town of Delton storage shed.

Reedsburg man gets 5 years in prison for fleeing deputies, burglaries

A Sauk City man was charged Thursday with his seventh OWI after telling the officer who pulled him over that he hadn’t been drinking, but he w…

A sign outside the Sauk County Republican Party headquarters in Reedsburg urges people not to wear masks as protection against COVID-19. County Republican Chairman Scott Frostman said the sign was placed without approval.

A sign outside the Sauk County Republican Headquarters asks people not to use masks. Republican Chairman Scott Frostman said the sign was placed without approval.