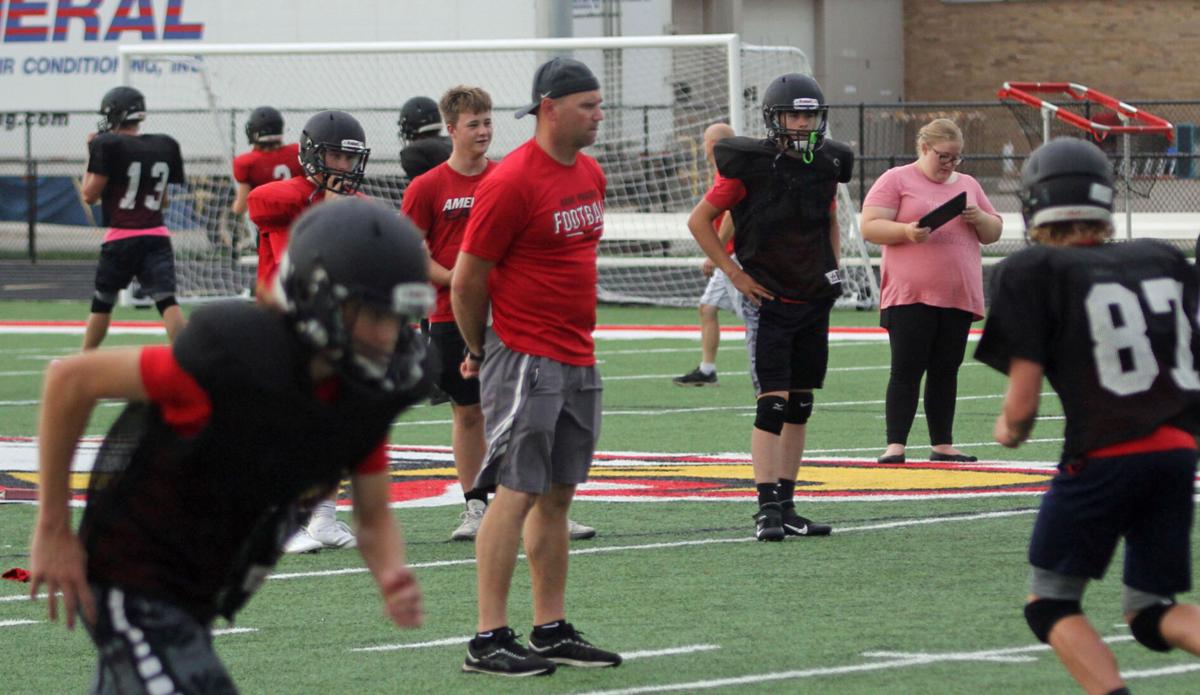 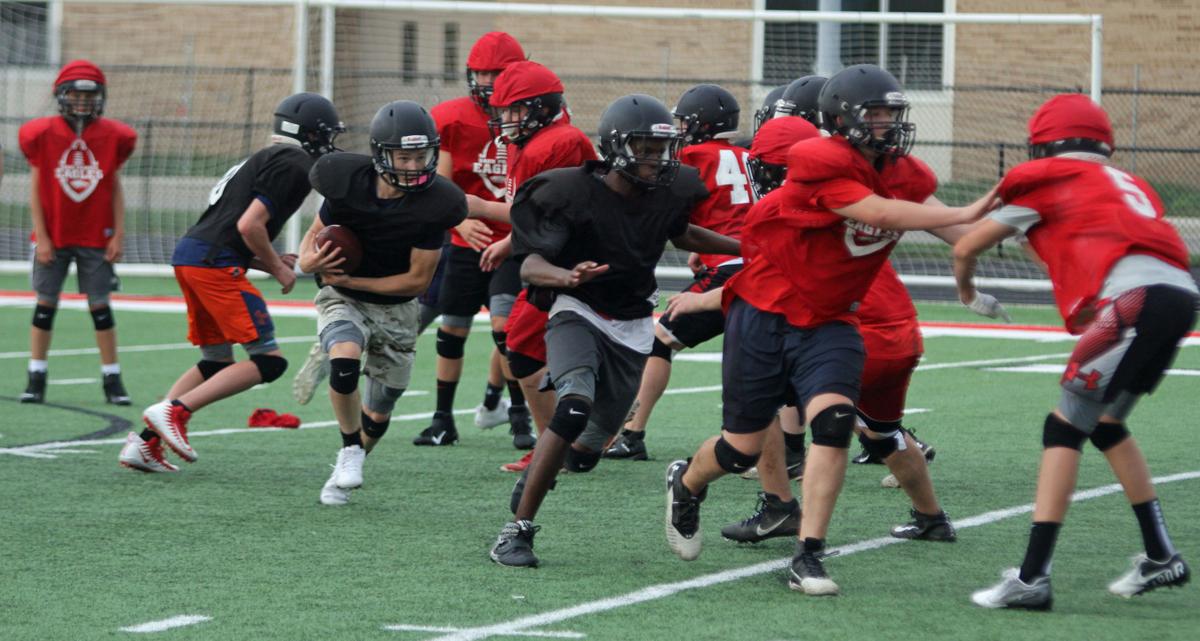 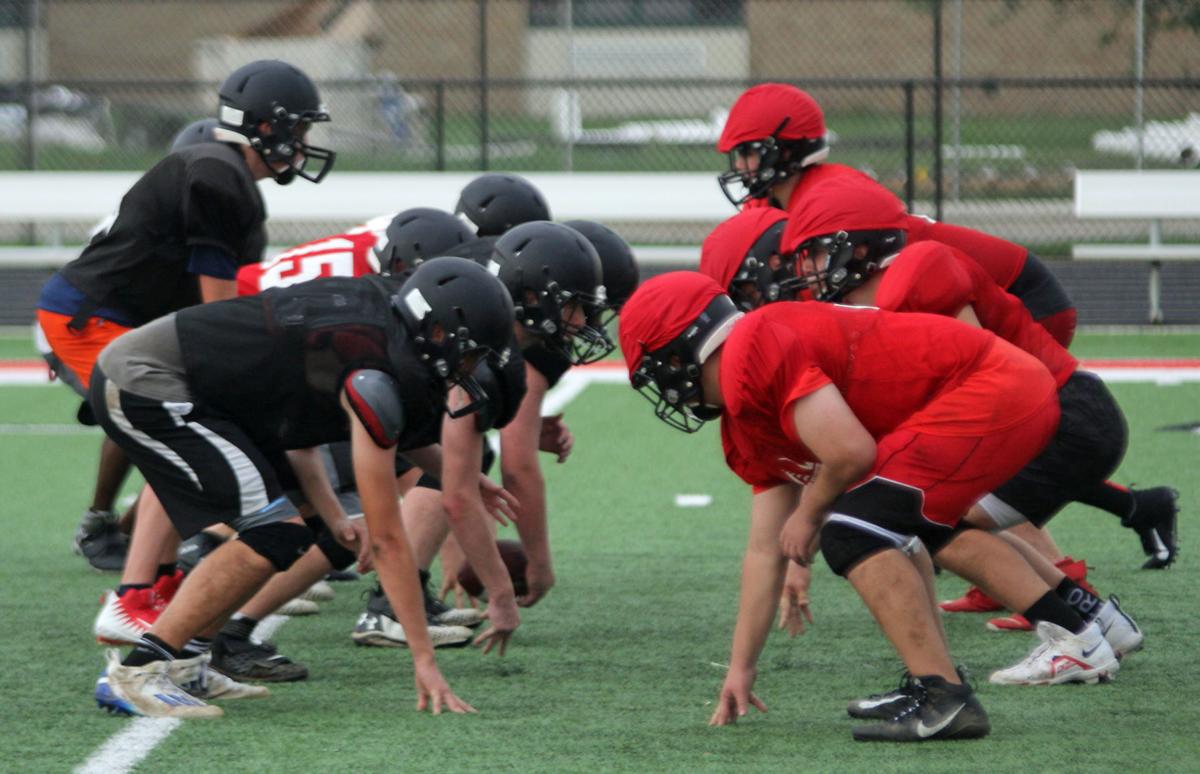 There’s another new voice in front of the Sauk Prairie football program this fall.

It’ll be pushing a similar narrative, however.

Randy Wallace taking over the head coaching role is different than the last three times the program’s leadership changed hands. As Sauk Prairie’s fourth new coach in six seasons, Wallace isn’t reinventing the wheel, but rather keeping much of what former coach Clay Iverson developed over the past two years.

“I heard it through the grapevine that a lot of guys weren’t going to come out if they were going to have to go through a whole new offensive system, because technically I will be their third coach in four years of high school,” Wallace said Aug. 13.

“So what we really focused on was keeping Coach Iverson’s Wing-T offense intact as much as possible, so that they had that sense of peace of what we’re doing on offense. We’ve tweaked a couple things along the way, but it’s a lot of Coach Iverson’s offense that he installed.

“On the defensive side, we built off what Coach Iverson had put in, and Ben Johnson joined our staff last year from Gale-Ettrick-Trempealeau and brought a lot of the concepts he used at GET. He’s really been defining and developing the defense into his own.”

While Wallace is intent on keeping some of the tenants Sauk Prairie played with the last two years, he’s had a longer look at the program. Wallace was president of the Sauk Prairie Youth Football for eight years, giving him a history with the program as well as his current players.

GALLERY: Sauk Prairie football hoping to rule the roost in 2021 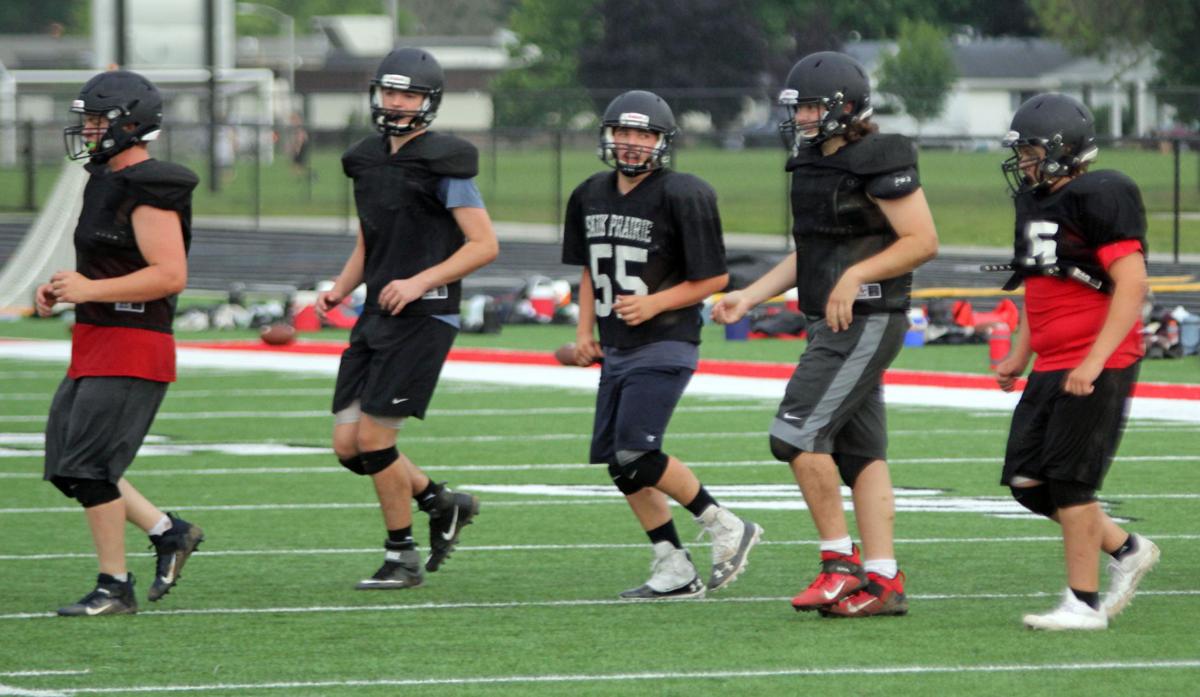 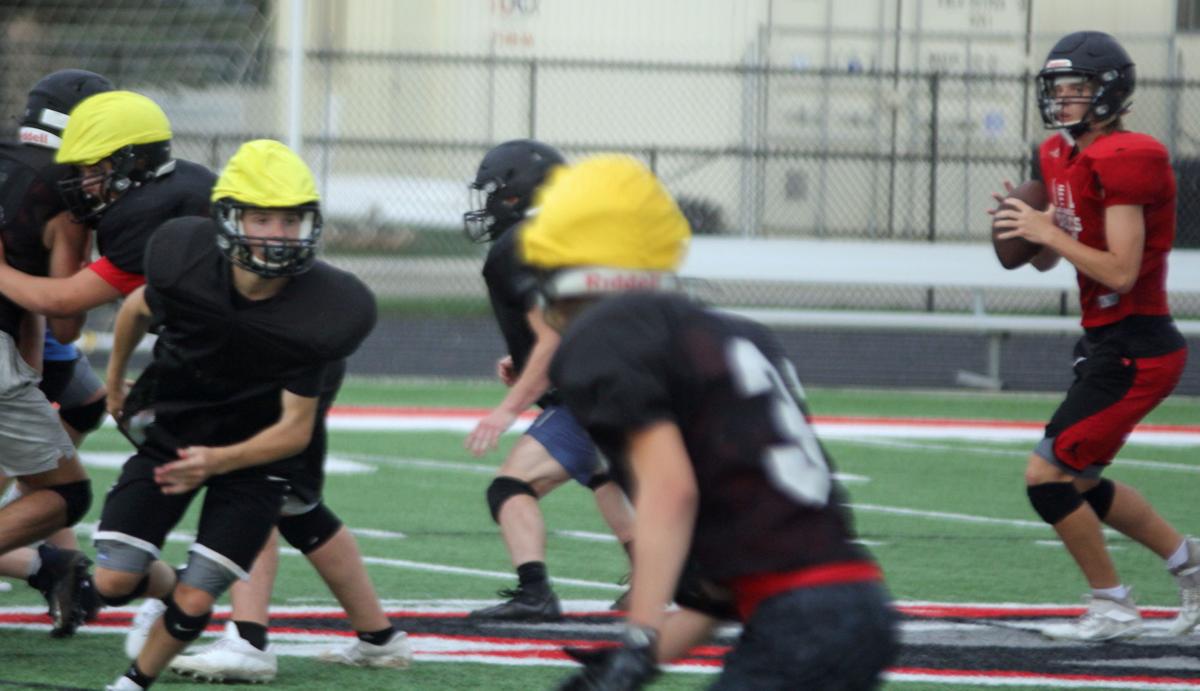 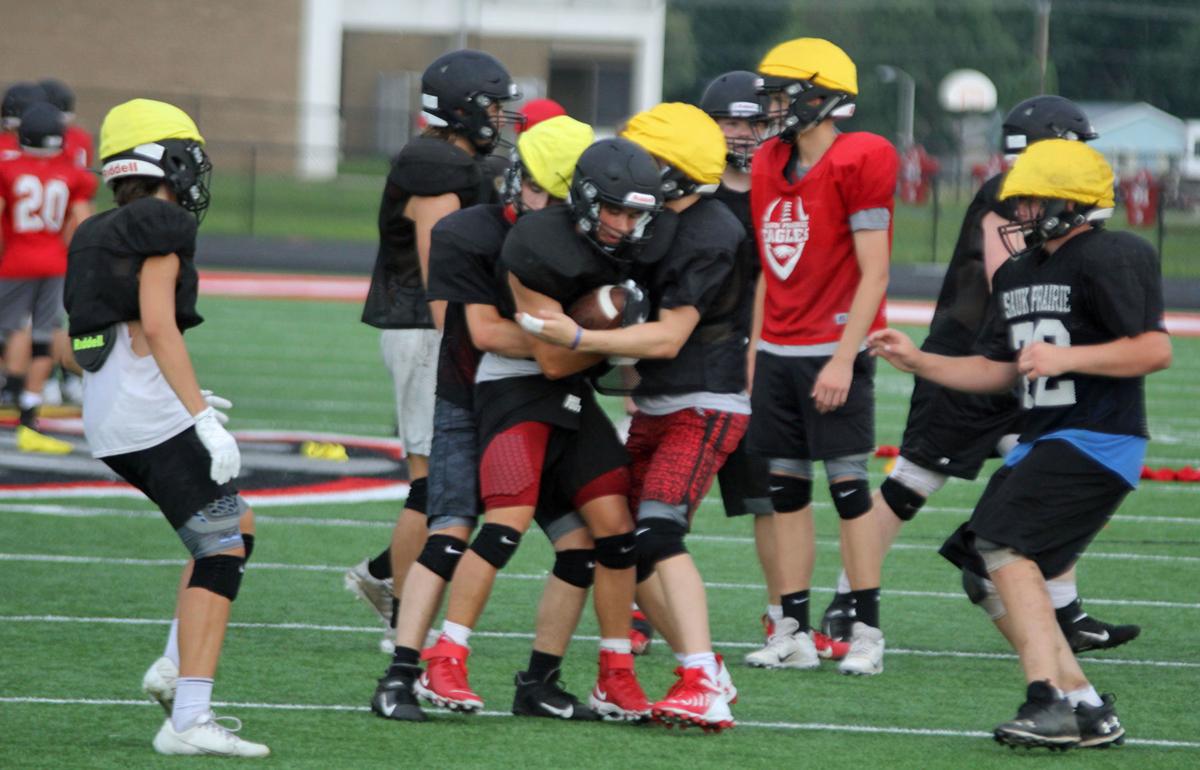 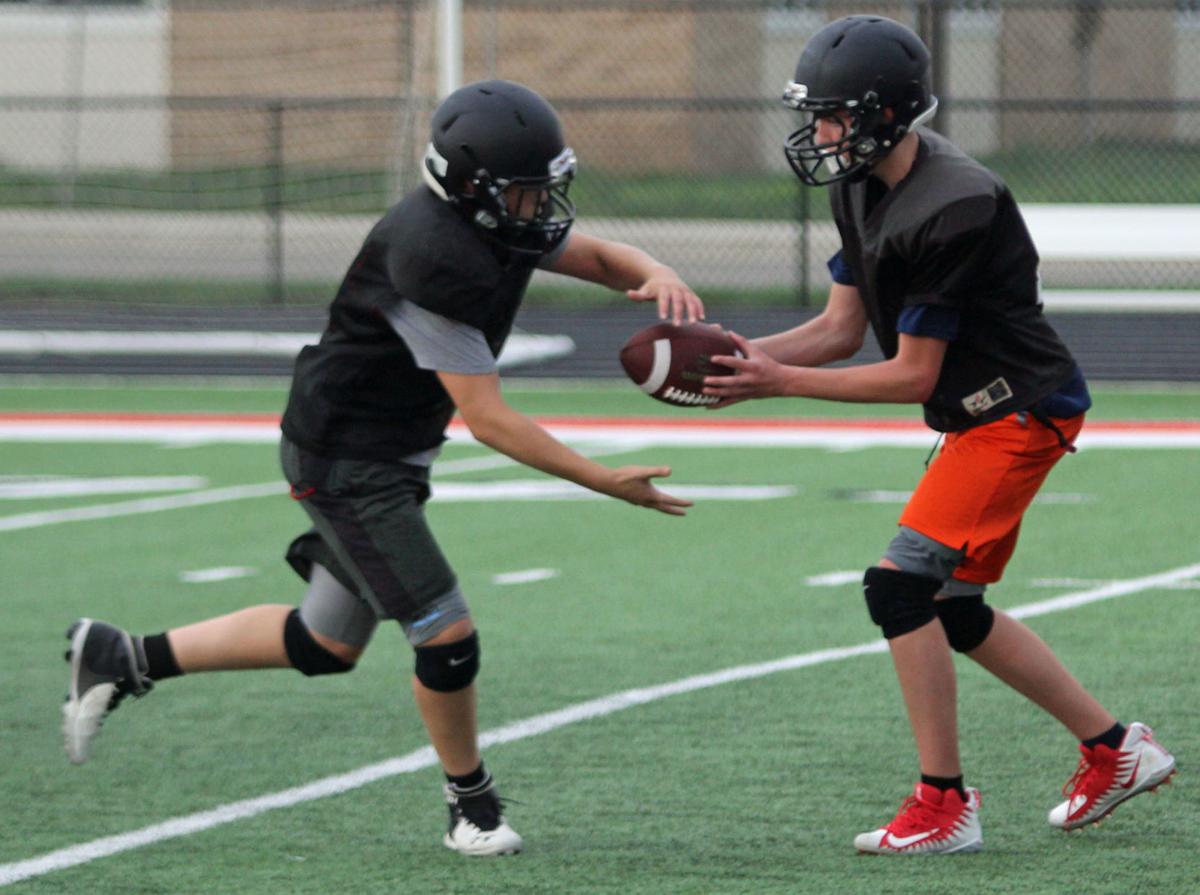 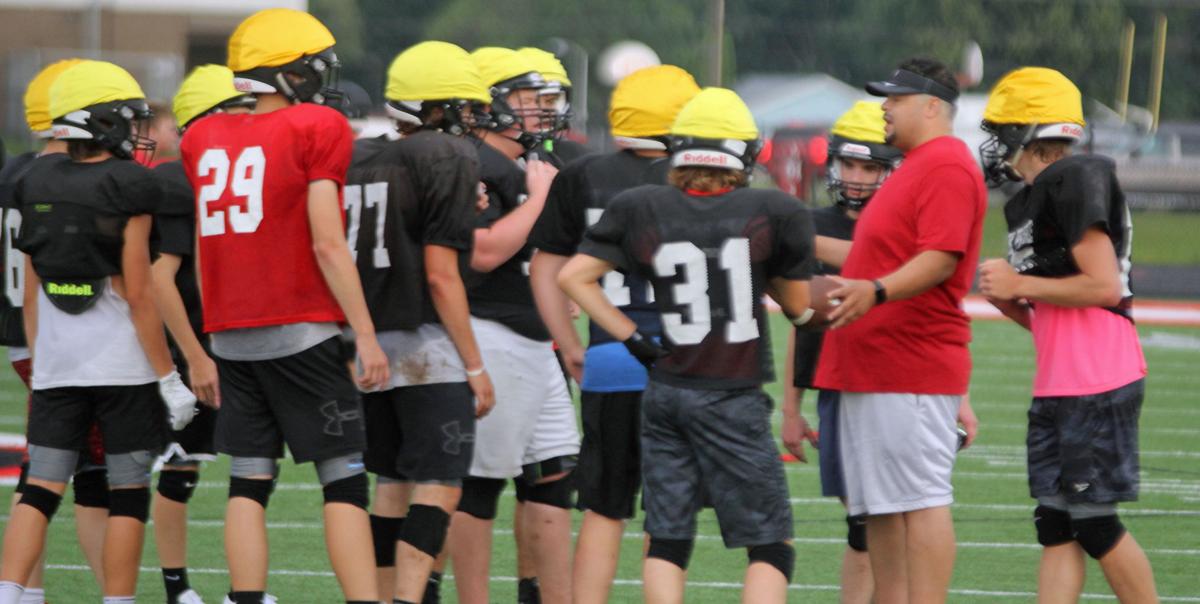 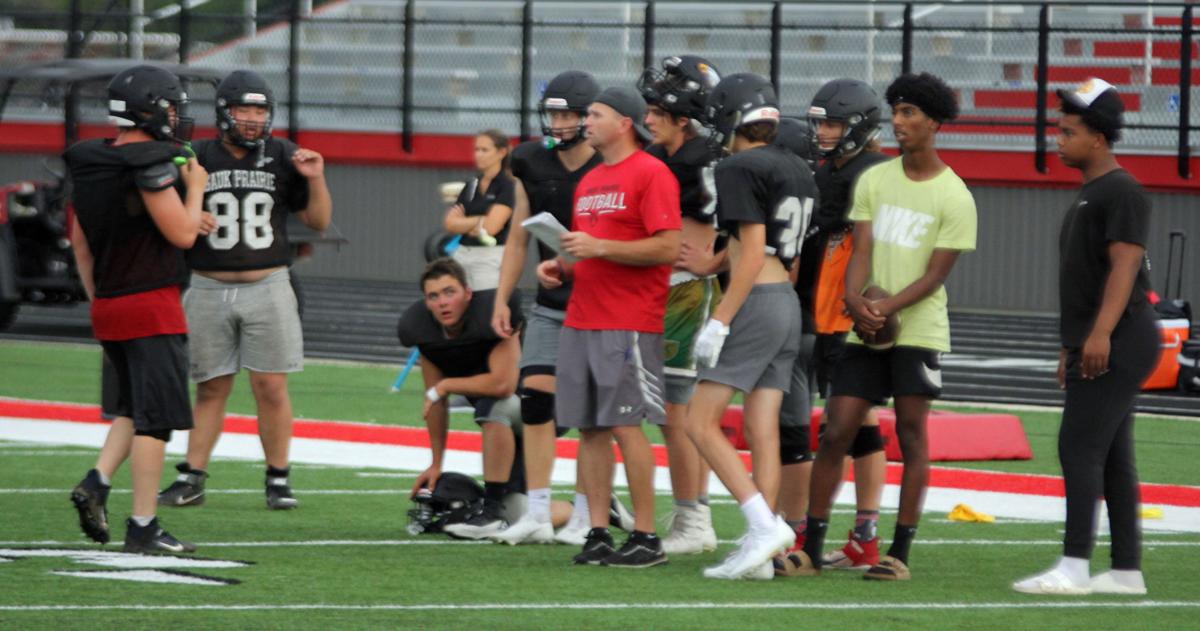 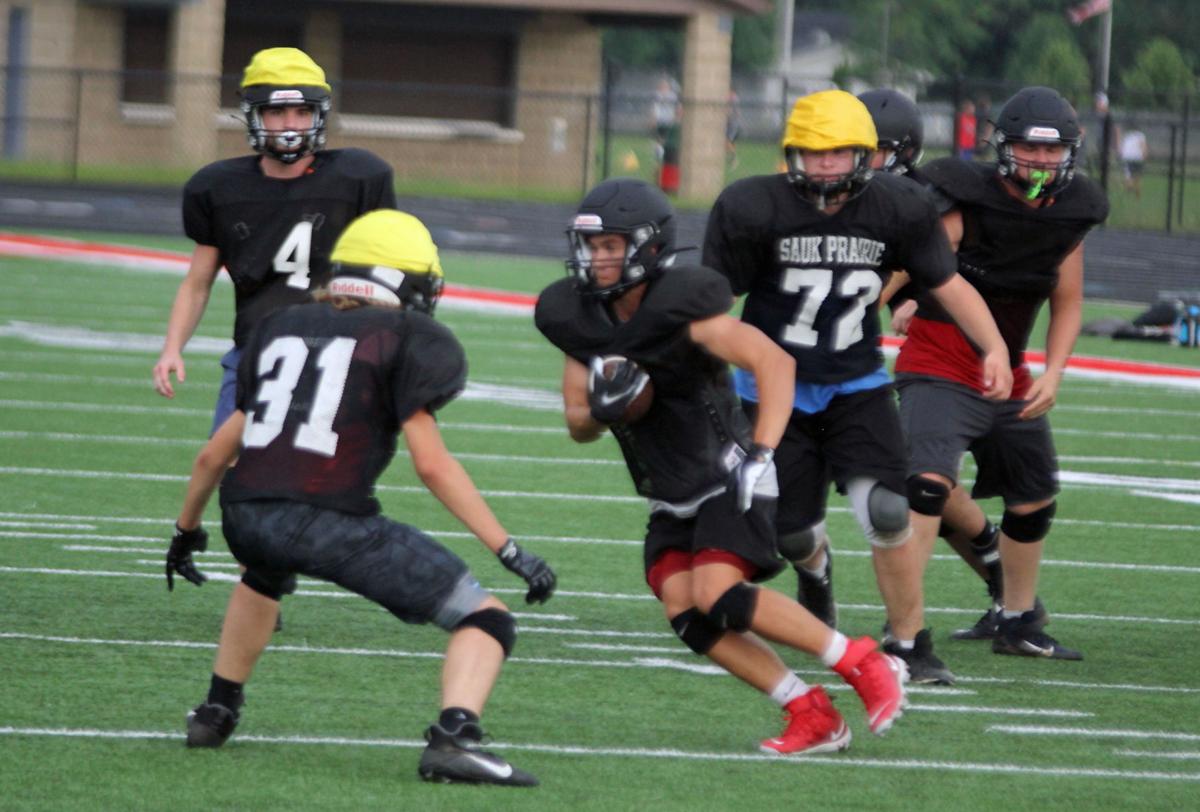 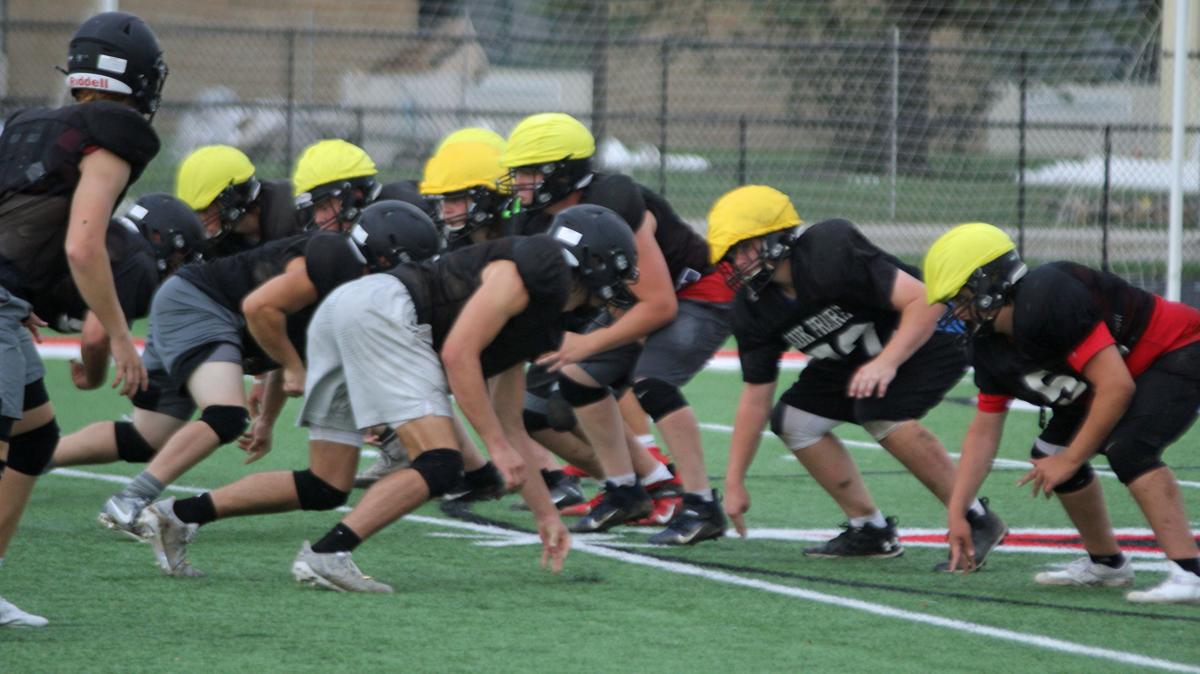 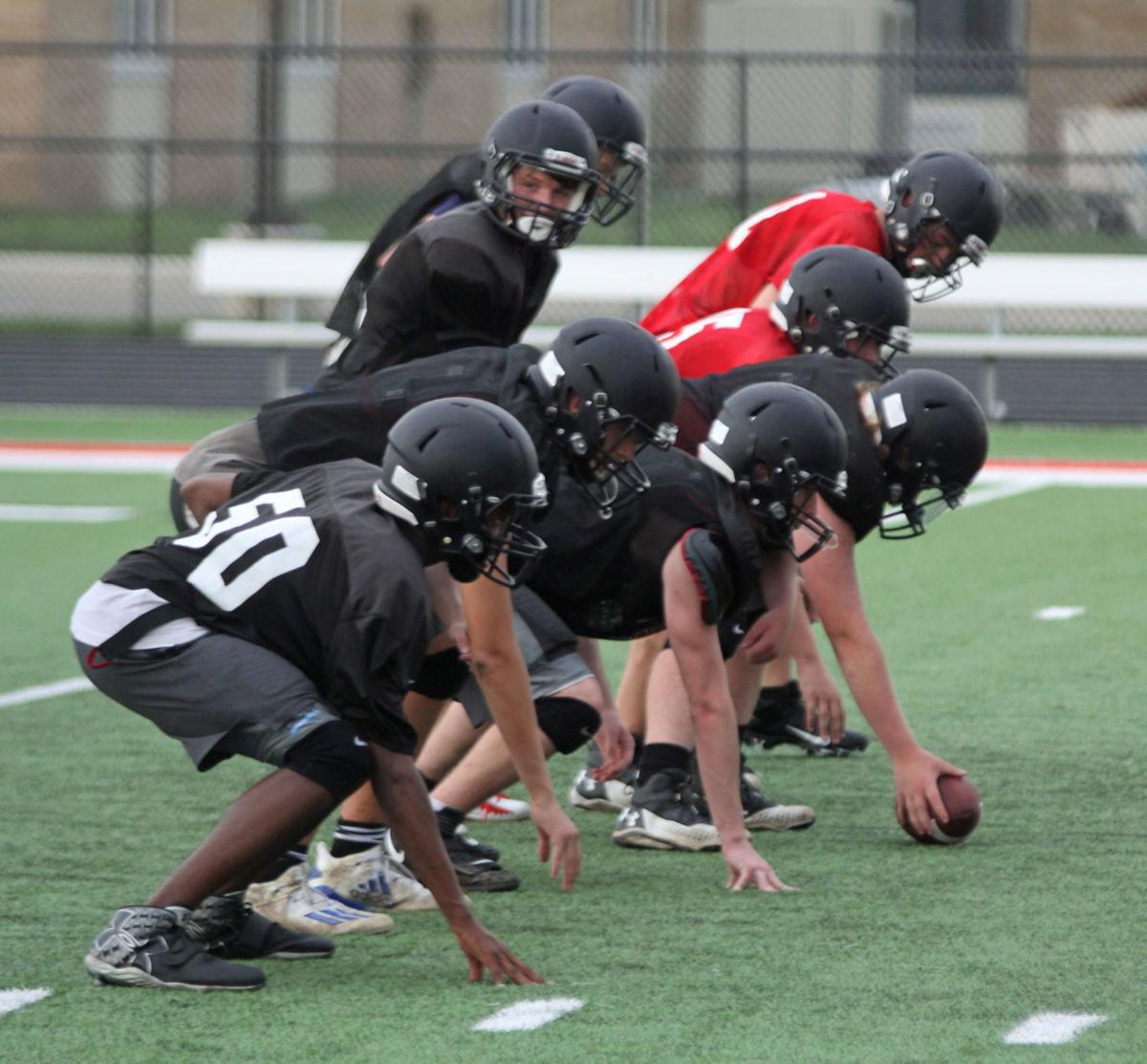 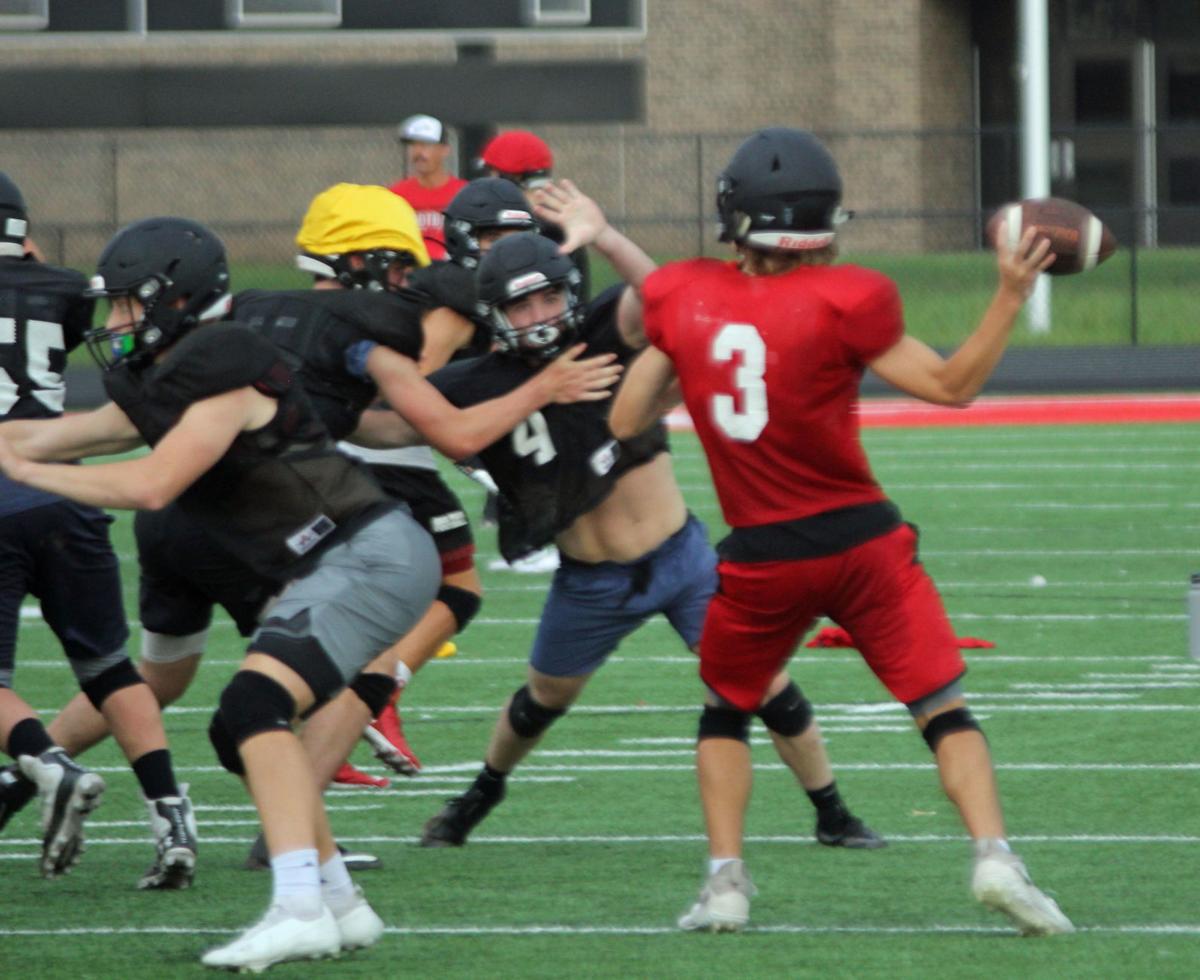 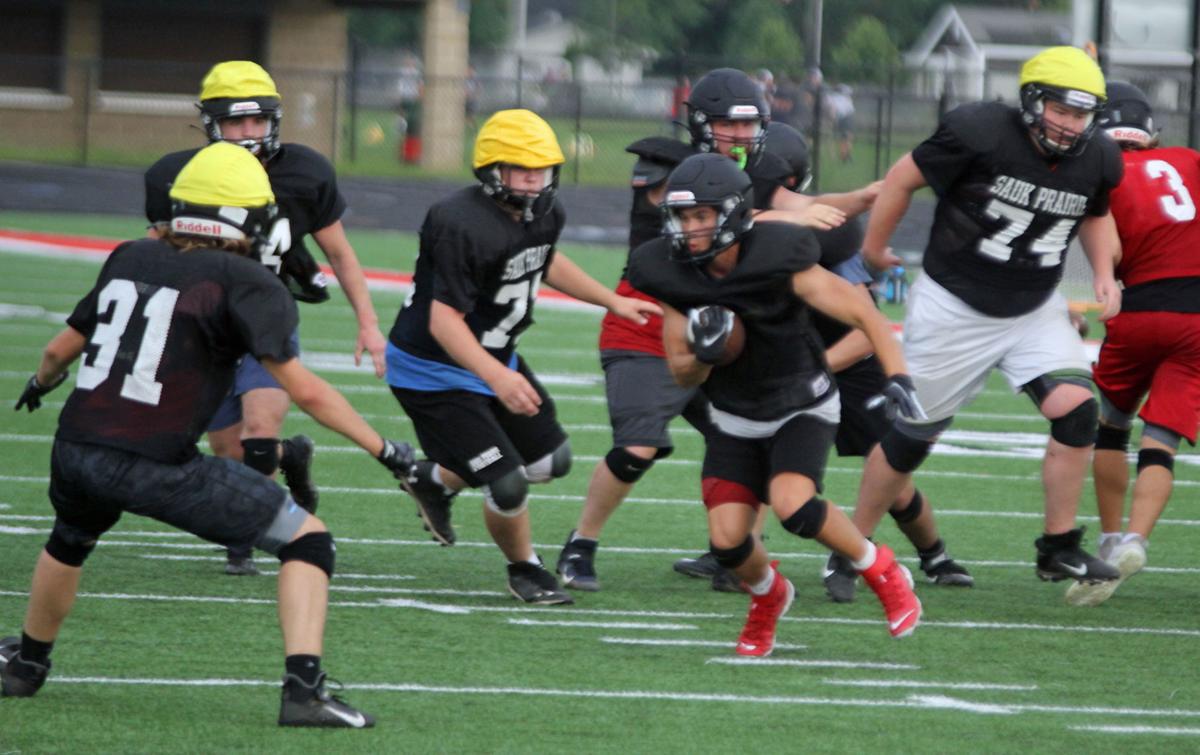 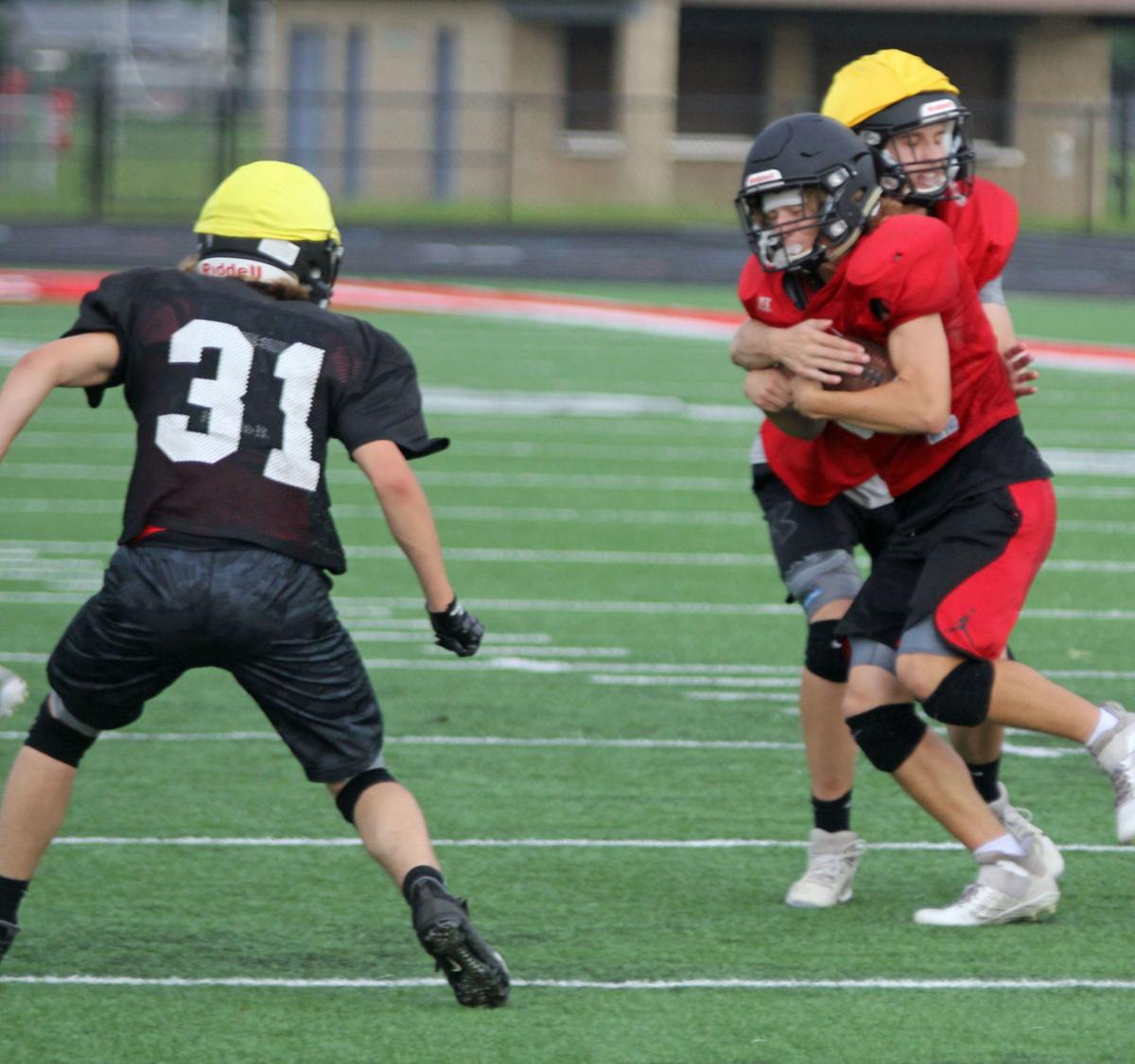 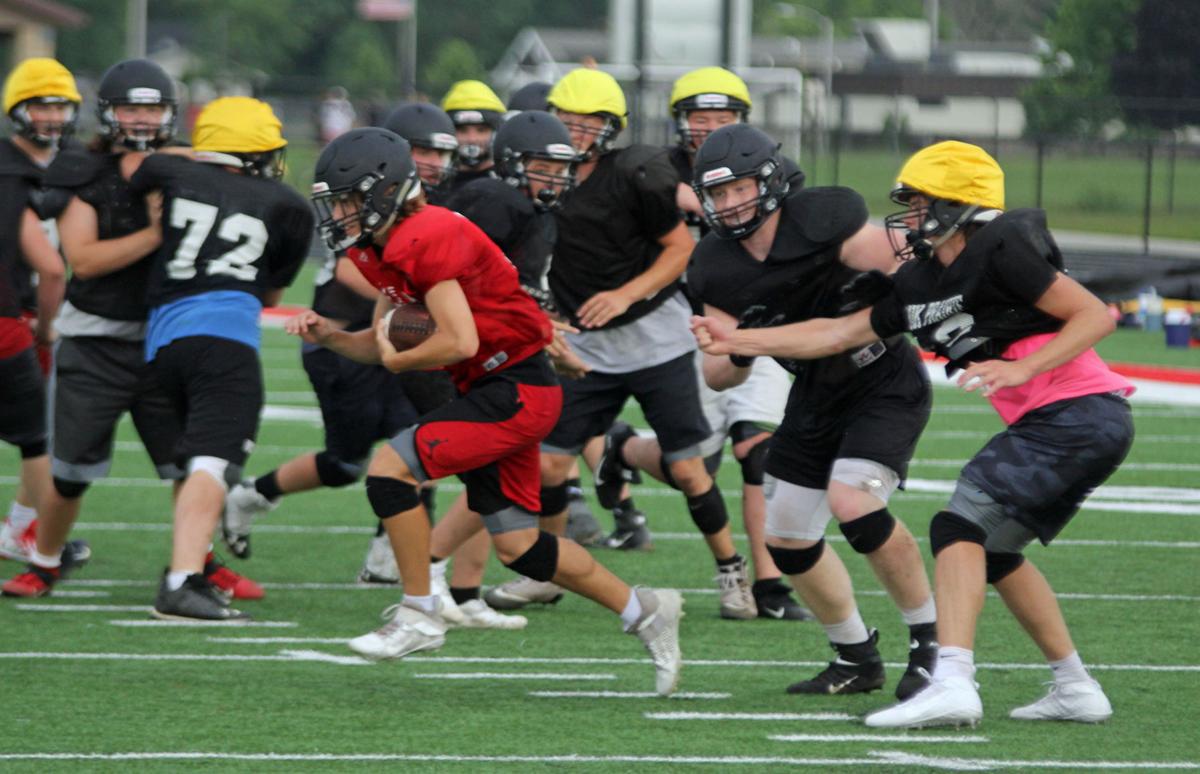 “I’ve been in the youth program for the last decade, so I know just about all the players except for a few that have come out in the last couple years,” Wallace said. “I’ve coached a lot of them at some point in youth football, but a lot happens between when you’re 11-12 (years old) and when you’re 15, 16 and 17.

“You’re changing as a person, so I’m familiar with a lot of the kids, but getting to know them as young men is different than knowing them as a kid.”

Wallace coached the offensive and defensive lines as the Eagles went 6-11 the past two seasons under Iverson. Iverson stepped down in the offseason due to family reasons related to his long commute from the Milwaukee area. The coaching staff turned over with Iverson’s departure, as five new coaches have come in to round out Sauk Prairie’s staff.

“I’m just getting acclimated with the players,” Wallace said. “The coaches and players are just kind of learning each other and figuring out how we’re going to be productive going forward and how we’re going to come together as a team.”

The Eagles have been asked to do that a lot over the years. The senior class entered high school when Scott Schutt was finishing off his two-year stint as interim head coach before Iverson took over in 2019.

The program got a shot of life, relying on a deep 2020 Class to go 6-4 and earn a spot in the WIAA playoffs for the first time since 2007 that season. The Eagles fell back to the bottom of the Badger Conference last year however, struggling to navigate the COVID-19 pandemic with a young roster in an 0-8 season that ended with a 27-21 loss at Sussex Hamilton.

“Two years ago, one of our strengths was our senior class, and we were strong on our offensive line,” Wallace said. “That was a class that was strong with a lot of athletes all over the place. Last year, we struggled with our offensive line being young.

“This year we’re looking a lot stronger, we’ll have a minimum of four seniors on the offensive line and then a couple younger guys filling in. I feel like it should be a strength for us, but we’ve got to get out there and play.”

A number of guys on the 72-player roster have already earned significant playing time. Senior Damien Wright-Rodriguez, Jr. returns at quarterback, where he’ll be flanked in the backfield by junior running backs Derek Hilden and Parker Hooper. Senior Wilson Uselman will shift over to wingback, while senior Nolan Vils is moving from the offensive line to fullback.

“Nolan Vils came back bigger and stronger,” Wallace said. “He likes lifting weights and it’s a big part of who he is as a person and his daily routine. He’s by far the strongest guy on our team.”

That commitment to the weight room has also changed Vils’ role on the defensive side of the ball. The 6-foot-2, 240-pounder will also shift to nose guard to get his strength and speed at the point of the defense. He’ll play alongside a rotating group of defensive tackles that includes senior Mason Thomas.

That’s the group that will be tasked with adapting to the latest Sauk Prairie coaching staff and developing into a consistent program.

“I want people to look at us and I want them to respect us,” Wallace said. “We’ve had our ups and we’ve had our downs over the past; I’ve been in the community for 10 or 12 years now.

“I’ve watched a lot of seasons that haven’t had a lot of success as far as wins and losses. But one thing is the record is going to take care of itself based on how we play, but when we get done I want the other coaches and teams to respect us for what we’ve done, how our kids have played and how they’ve handled themselves.”

GALLERY: Sauk Prairie football hoping to rule the roost in 2021

From one of the best dual-threat quarterbacks, a Wisconsin verbal commit and plenty of speed inside and outside, there's plenty of talent thro…

PREP FOOTBALL: Sauk Prairie can't get over hump in home loss to Edgewood

PRAIRIE DU SAC — The Sauk Prairie football team is not the same unit that first took the field 43 days ago.

'It's a learning curve': Calvin Zenz has brought his spread offense to Reedsburg football, kicking off a new era

The system change is particularly interesting for the Beavers, who ran their triple-option attack for 14 seasons under Brian Pottinger. Zenz took over this summer after four years at Columbus.