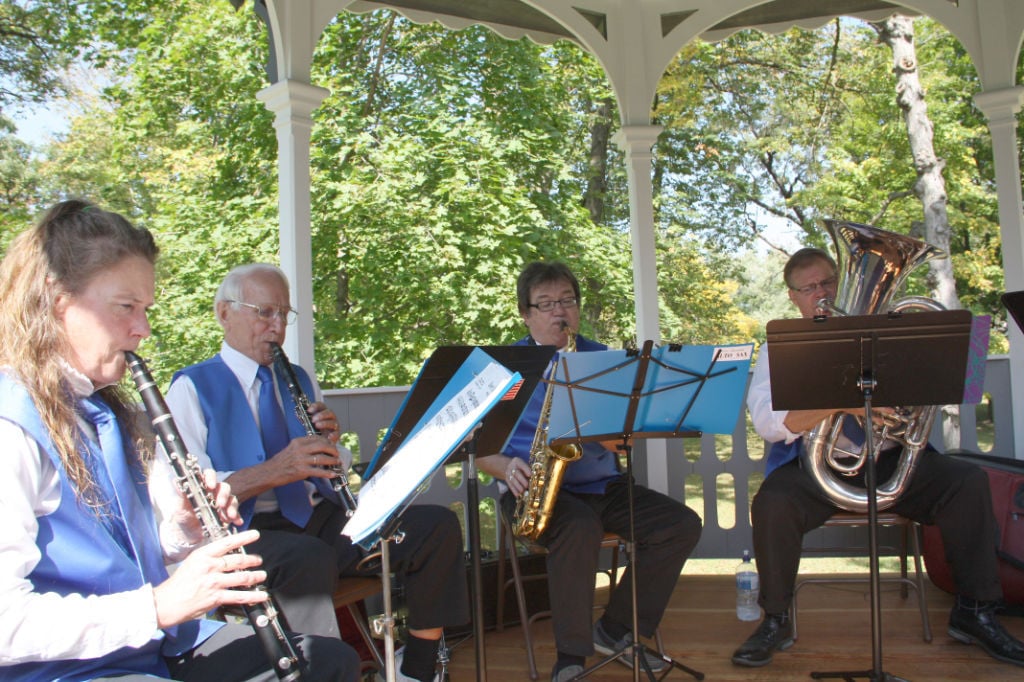 Musicians from the Royal Coachmen polka band sat in a circle on the newly remodeled bandstand at the Historic Park Hall in Sauk City on Sept. 27. 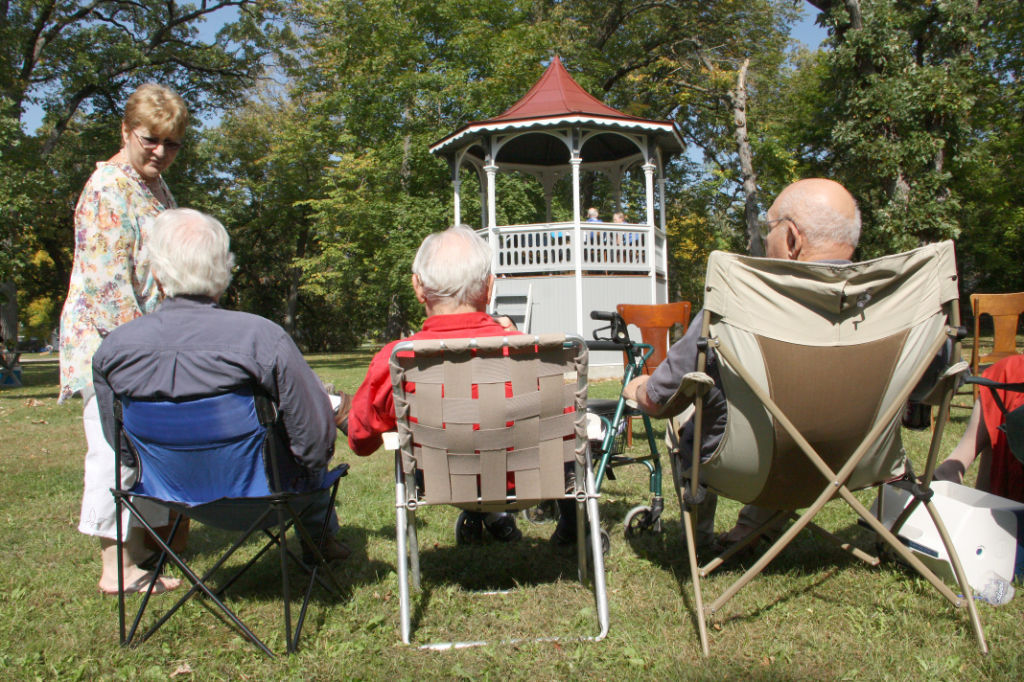 For 137 years, the grounds of the Free Congregation’s Park Hall have housed a bandstand.

That nearly came to an end in July 2012 when a wind storm almost destroyed the longstanding outdoor performance venue. On Sept. 27, the rebuilt bandstand again boomed with the sounds of a brass band as locals celebrated its completion.

“It took us two years before we got it done,” said Free Congregation administrator Susan Larkin.

The bandstand was almost unrecognizable after the storm. Many of the old oak trees on the grounds were damaged in the storm, and one downed limb landed right on the bandstand. Another fell on Park Hall itself.

With the completion of the bandstand, the signs of damage from the storm are gone, replaced with the sound of music.

A few musicians from the Royal Coachmen of Madison sat in a circle with their horns and tubas Sept. 27 playing Americana themed songs high above the audience that sat in lawn chairs outside.

The structure is the third bandstand on the grounds, and looks much as it did in photos provided by the Sauk Prairie Area Historical Society dated from the late 1800s.

The original was built by early German immigrants known as “The ‘49ers” after arriving in 1848, the same year Wisconsin became a state.

The bandstand predates Park Hall by nearly 40 years. The hall itself was built in 1884.

“This was the social hub of Sauk City,” Free Congregation board member John Lichtenheld said of the bandstand and later Park Hall. “It has a bar. These were all Germans and the only place you could drink. They had a lot of festivals.”

The latest version of the bandstand was constructed by Ron Zeman of Zemon Home Improvement in Sauk City and the roof replacement was handled by Hasheider Roofing and Siding of Prairie du Sac.

The corbels that adorn the bandstand are among the original craft work.

“We wanted it to be historically accurate,” Lichtenheld said. “It sat idle. It’s not used that much. We’ll have some events out here two or three times a year now.”

Lichtenheld said the bandstand was last renovated in 1989 by a group of Amish craftsmen.

“We had to pick them up and drive them in because they don’t drive cars,” Lichtenheld recalled.

Musicians from the Royal Coachmen polka band sat in a circle on the newly remodeled bandstand at the Historic Park Hall in Sauk City on Sept. 27.