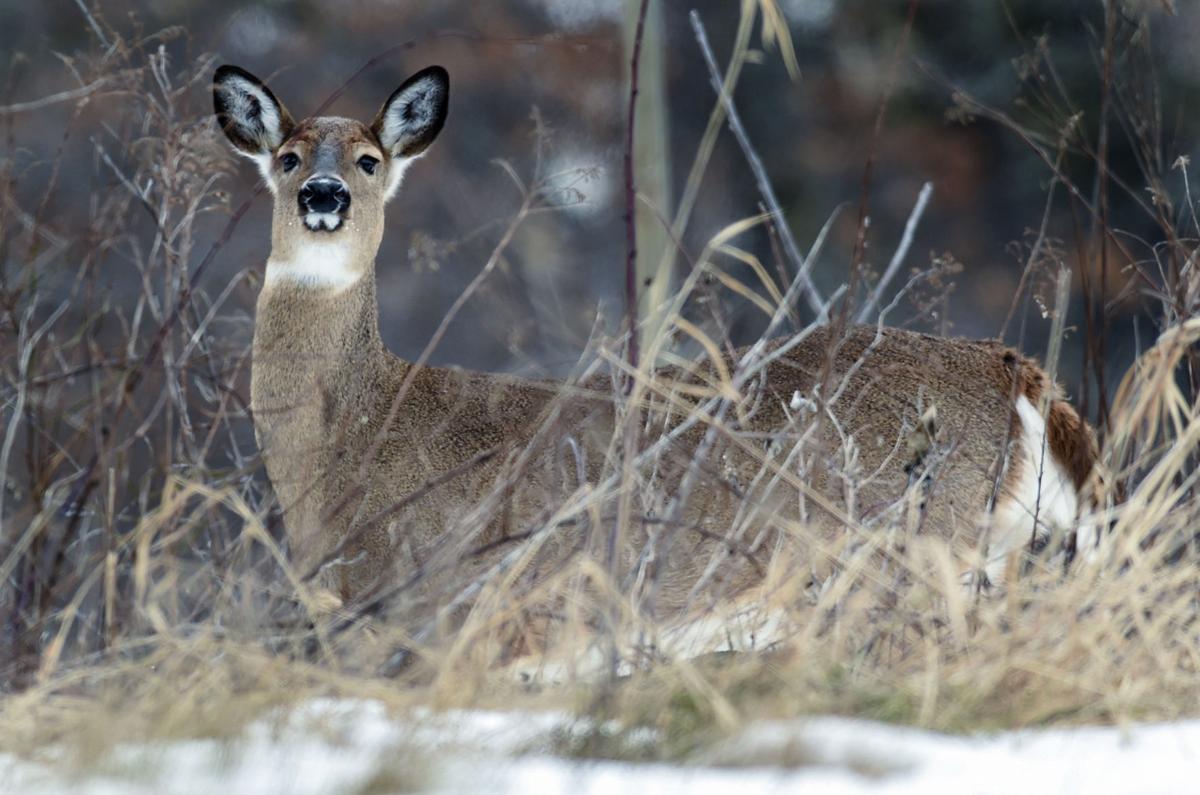 A whitetail deer looks out at some brush as it tries to blend in. 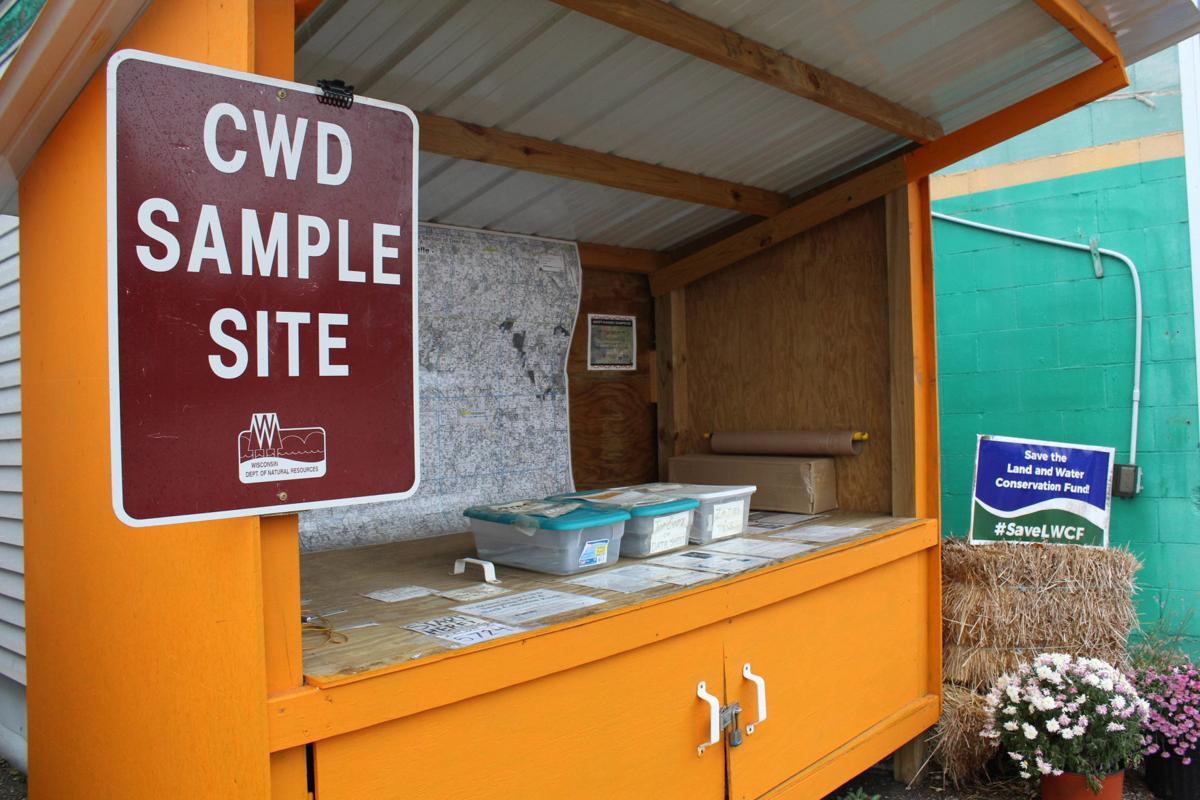 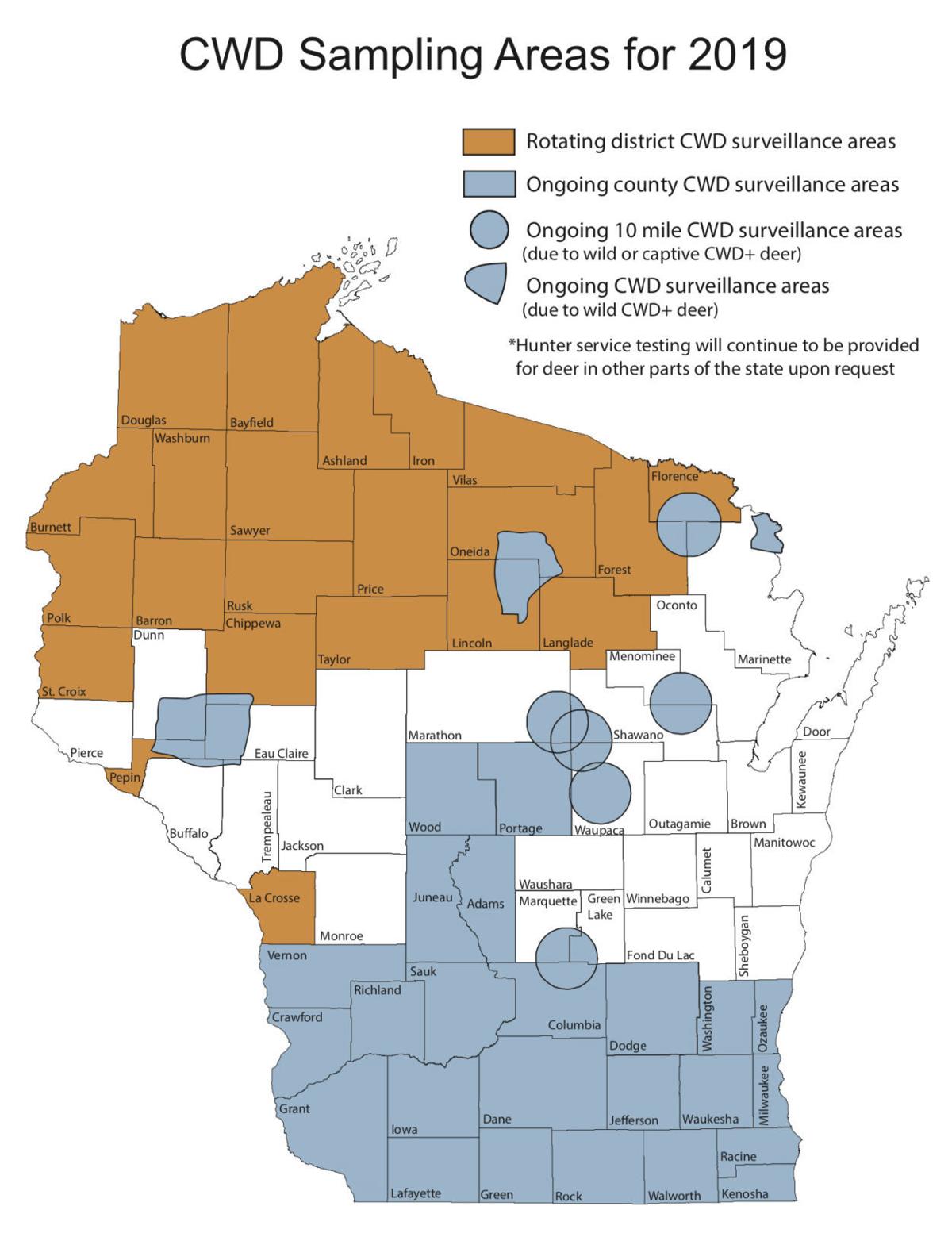 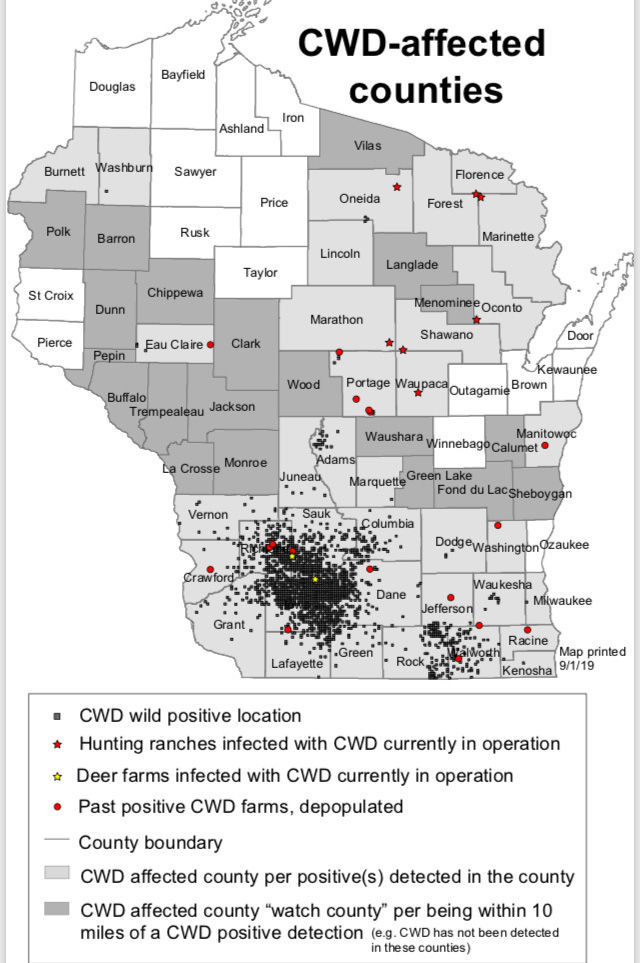 Many of the reported CWD wild positive locations are clustered in the southern part of the state. 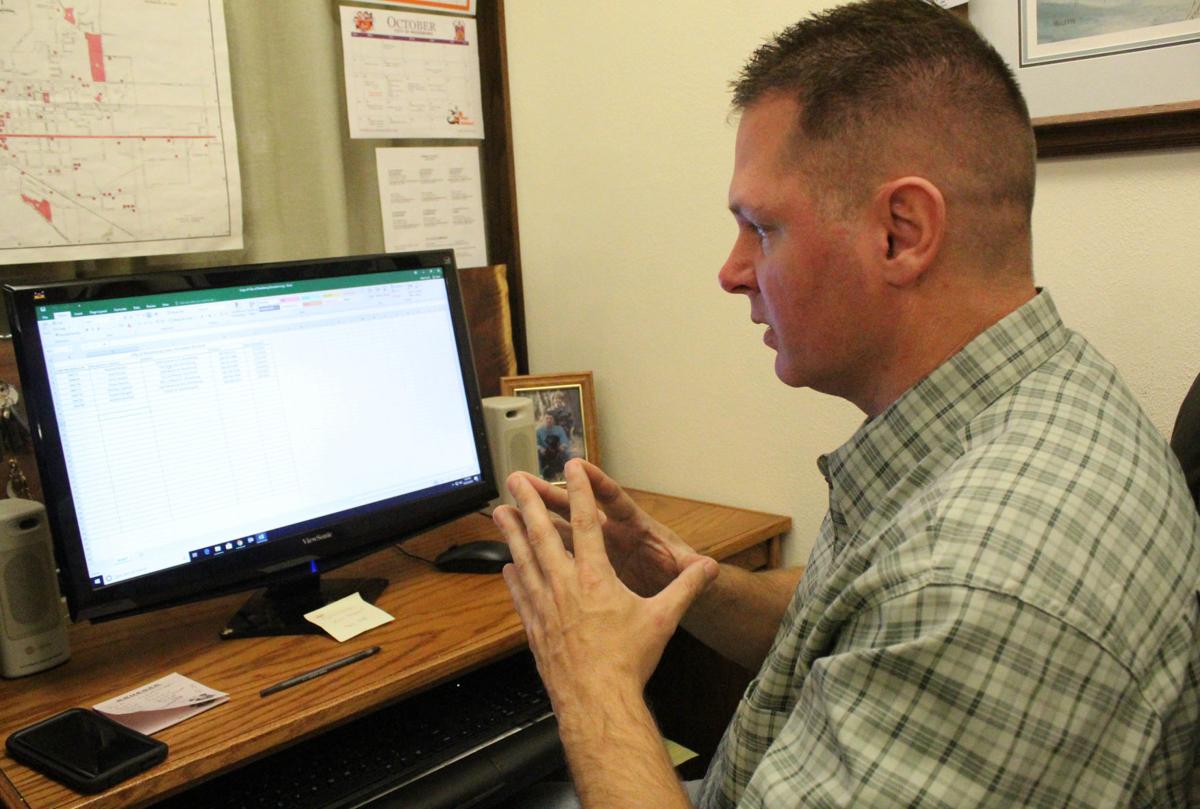 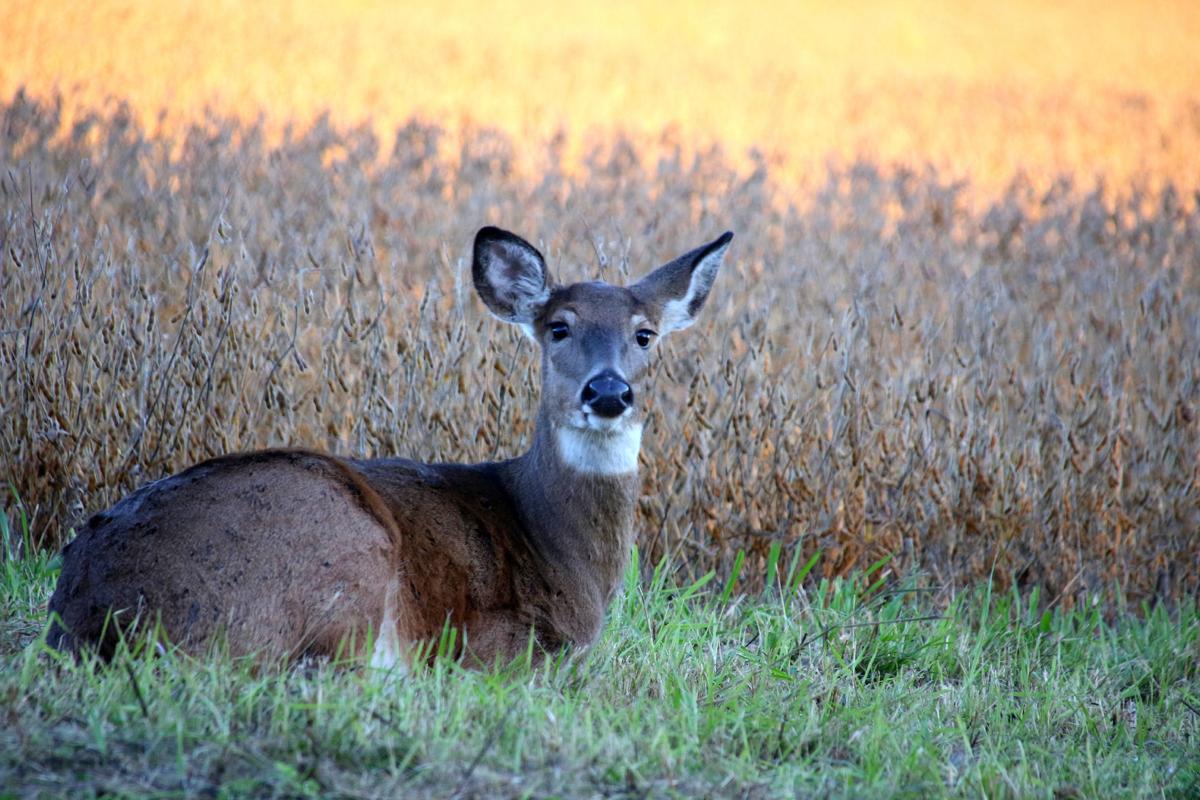 Usually deer lie in concealed location to chew after eating. The sun hitting some spots on this doe makes her body resemble that of an elk. 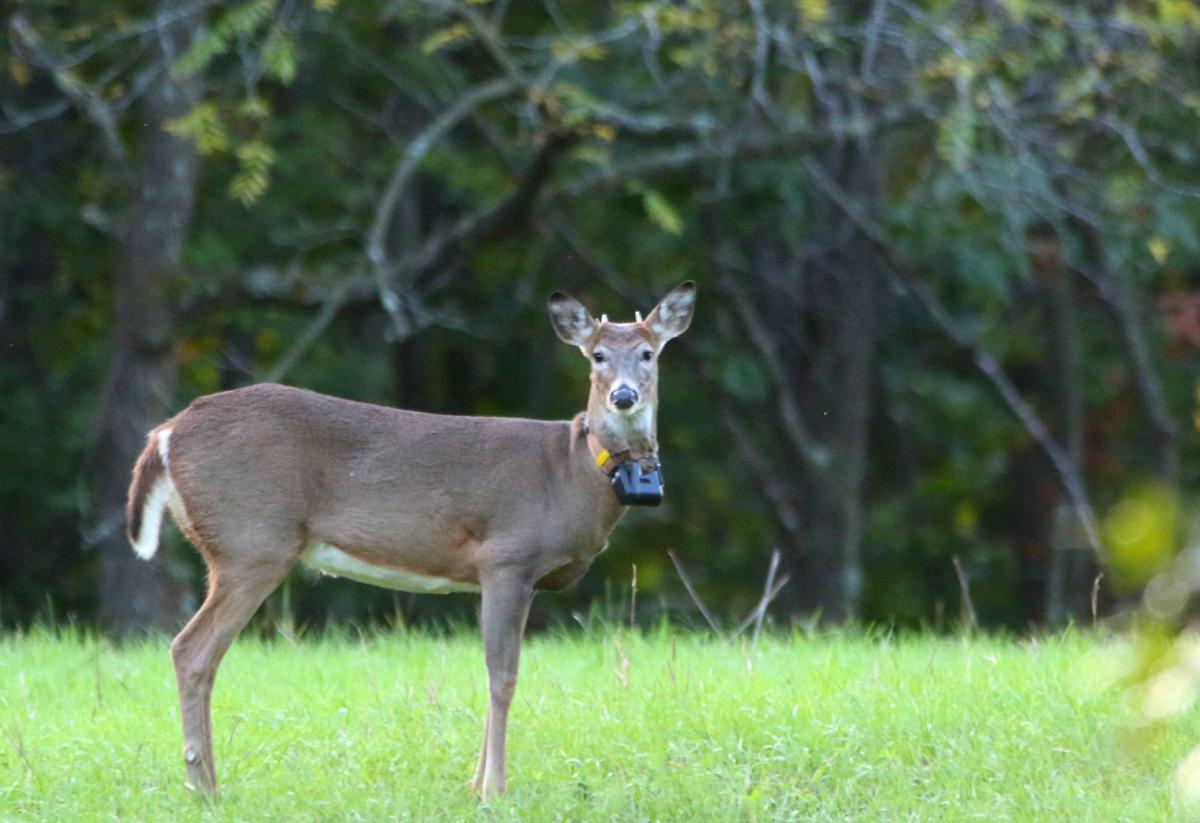 A yearling buck provides a test. Shoot or don't shoot this antlerless deer? 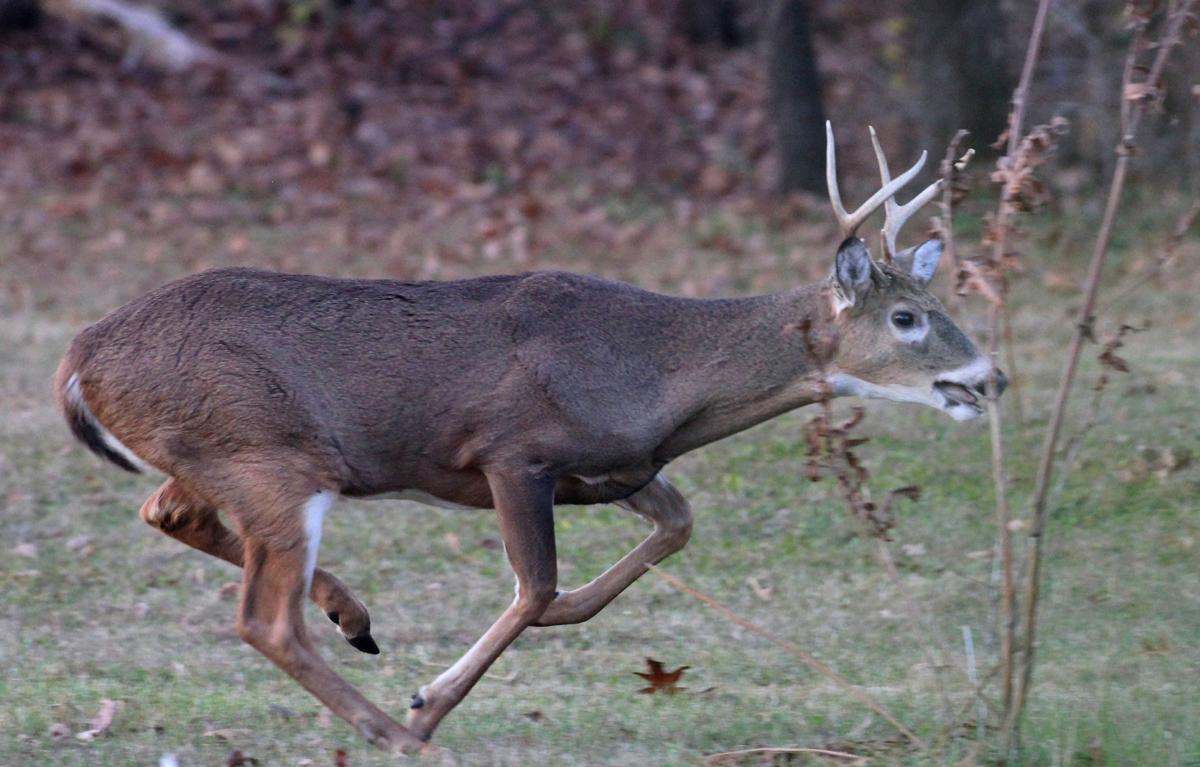 In 2018, the end of the rut overlapped with the beginning of the gun deer season? This year's gun season begins 6 days later. 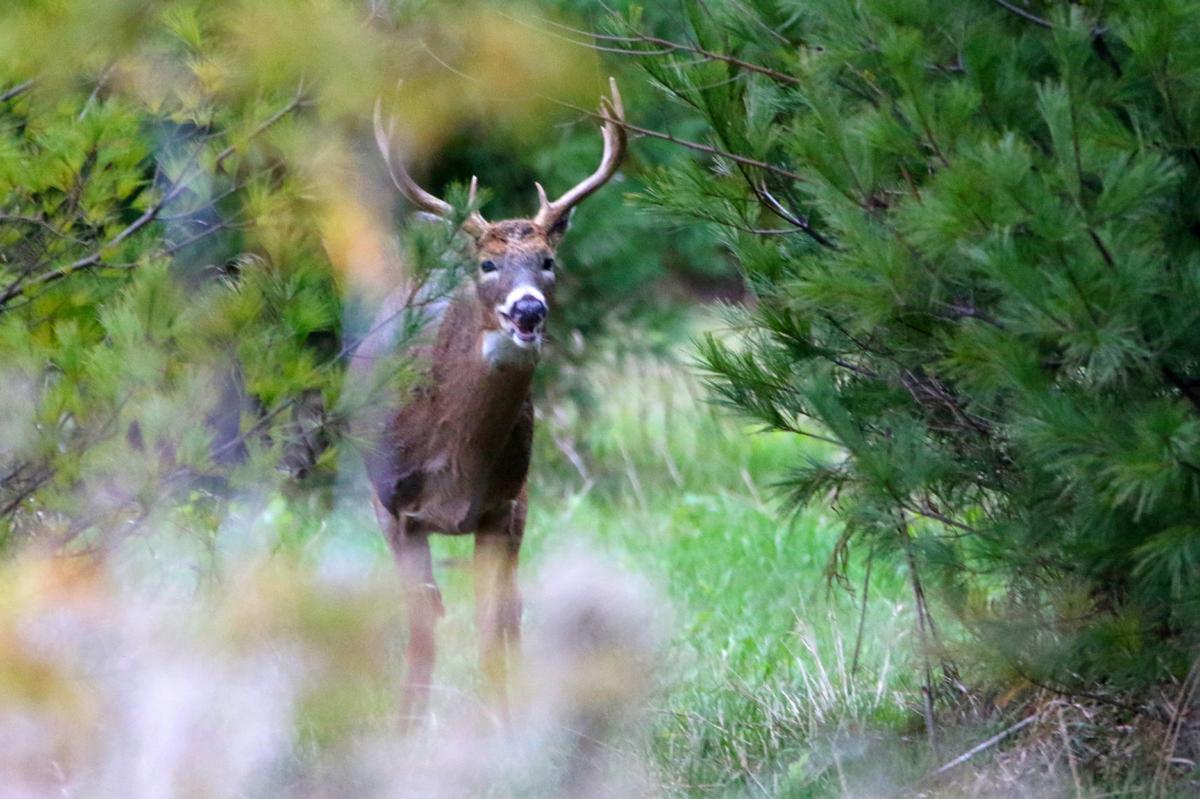 When the rut overlaps with the beginning of the gun deer season, deer movement is greater. 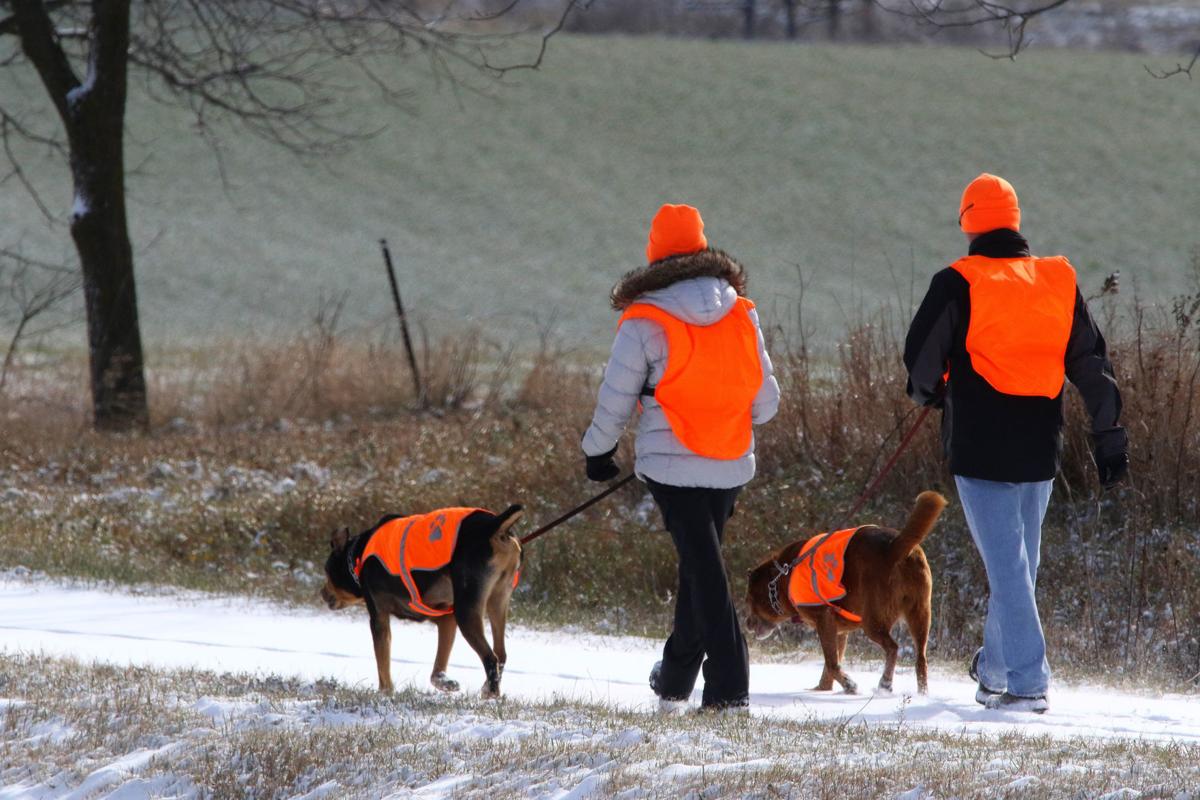 As Wisconsinites embark on the 2019 hunting season, anticipation mounts over the possibility of a successful year. But looming over the popular fall tradition is a disease affecting the state’s deer population: Chronic Wasting Disease.

Commonly known as “CWD,” the Wisconsin Department of Natural Resources defines Chronic Wasting Disease as a “fatal, infections nervous system disease of deer, moose and elk. It belongs to the family of diseases known as transmissible spongiform encephalopathies (TSEs) or prion diseases.”

CWD is only known to occur in members of the cervid or deer family. The disease degenerates the brains of infected deer, resulting in abnormal behavior, emaciation and loss of bodily functions.

“It’s an insidious slow-moving disease that we don’t have very many effective treatments for,” said UW-Madison Professor of Forest and Wildlife Ecology Tim Van Deelen “Given our current understanding of the disease, we can slow it down, but we can’t stop it.”

The result is fewer deer in the ecosystem, which results in fewer deer to hunt each year, among a host of other implications for the environment.

Sometimes deer go up to 18 months without showing clinical symptoms of the disease which makes the spread sometimes undetectable at first.

Van Deelen emphasized oftentimes the disease itself is not what kills the deer, but its penchant for lowering a deer’s resilience towards other causes of death, increasing their likelihood of dying prematurely.

Although organizations throughout the U.S. are taking CWD seriously, no breakthrough in fighting the disease has emerged.

When CWD was first discovered in Wisconsin, Former Illinois DNR Wildlife Biologist Doug Dufford and his supervisor at the DNR drove north to meet with their Wisconsin counterparts and learn more about this threatening new disease.

“When Wisconsin and Illinois were the two infected states, we were obviously working on (CWD) much harder than the other states that surround us,” Dufford said.

Neighboring states have detected CWD, and have begun researching potential solutions as well.

Recently, a first-of-its-kind conference with experts from Iowa, North Dakota, South Dakota, Minnesota, Missouri and Kansas gathered in Madison with members of the Wisconsin Department of Natural Resources to discuss collaborating on CWD, but no new approaches for fighting the disease were offered.

Wisconsin Governor Tony Evers’ budget allocated no new funding for researching or slowing CWD. The disease was in fact not mentioned at all in the state budget.

“The states and universities got together to talk about what they could do,” Van Deelen said. “I think it’s fair to say that effort is in the very early planning stages.”

Van Deelen said when CWD was first discovered in Wisconsin in 2001, there was “a big pulse” of federal funds to research the disease initially, but it has been increasingly difficult to find new funds since.

“From my experience, and the experience of other states over the last 15 years it’s been, this isn’t a disease that you can watch with much optimism,” Dufford said.

Dufford said CWD can travel through areas densely populated with deer and increase in prevalence “at pretty dramatic rates.”

He said Wisconsin was a prime example of those increasing prevalence rates. “The disease prevalence rates have been doubling every four to five years, basically,” Dufford said.

Wyoming saw a similar phenomenon, with what might be described as tragic results. “It got up to 65% prevalence,” Dufford said. “If you look at deer numbers, they’ve been decreasing commensurate to that. Relatively recent research suggested that deer will be effectively extinct from those areas within 40 years, all because of CWD.”

Right now, the focus is to slow the spread of the disease, but that strategy is not sustainable.

“All that really does is buy time in the hope that somebody is going to come along with a magic bullet,” Van Deelen said. “The hard truth is there are no magic bullets on the horizon.”

Regardless of what kind of deer they may bag this year, Van Deelen said average hunters can help by getting hunted deer tested, which helps experts track the data and monitor CWD throughout Wisconsin. Some local meat handlers offer testing for CWD.

In Reedsburg, deer shot through their population control program are all tested by the DNR for CWD. Last year, none of the seven deer shot tested positive.

“We hope to shoot about 10-15 this year,” said Reedsburg Parks and Recreation Director Matt Scott.

The program is going from one shooting site to three this year to increase the programs success at curbing local deer population, where their presence has become a problem for the Reedsburg area.

Deer there sometimes damage properties or wander into the street and are hit by cars, which is dangerous for people involved.

“We knew this was going to be a three to five year process,” Scott said.

Prairie du Sac does not have a deer problem, but like Reedsburg, they are helping the DNR track CWD by offering a site to have deer tested.

“We let the DNR put a dumpster on our property and a sampling site,” said Prairie du Sac Public Works Director Troy Murphy. “We actually encourage people to use it because they’re not littering other areas.”

Murphy said the site helps reduce deer caracses being found in areas they are not supposed to be.

If the growth rate of the deer population continues to decline, growth in the population overall will turn negative.

“To have sustainable harvesting you have to have a population that’s capable of growing,” Van Deelen said.

Van Deelen began studying CWD in 2001, when the disease was discovered in Wisconsin.

Some have argued reducing the buck population should be a priority.

This is because bucks have a higher prevalence of CWD than other deer, so focusing on eliminating primarily bucks from the population would have a greater effect on CWD rates than a policy focused on eliminating a more even balance of deer.

Others believe reducing the deer population across the board would be a more effective approach.

Dufford said prevalence rates of adult male deer in Iowa County, Wisconsin are at 50% or higher.

“If you don’t keep prevalence rates low, it seems (then) you reach a tipping point (and then) there’s really very little you can do,” Dufford said.

A whitetail deer looks out at some brush as it tries to blend in.

Many of the reported CWD wild positive locations are clustered in the southern part of the state.

Usually deer lie in concealed location to chew after eating. The sun hitting some spots on this doe makes her body resemble that of an elk.

A yearling buck provides a test. Shoot or don't shoot this antlerless deer?

In 2018, the end of the rut overlapped with the beginning of the gun deer season? This year's gun season begins 6 days later.

When the rut overlaps with the beginning of the gun deer season, deer movement is greater.