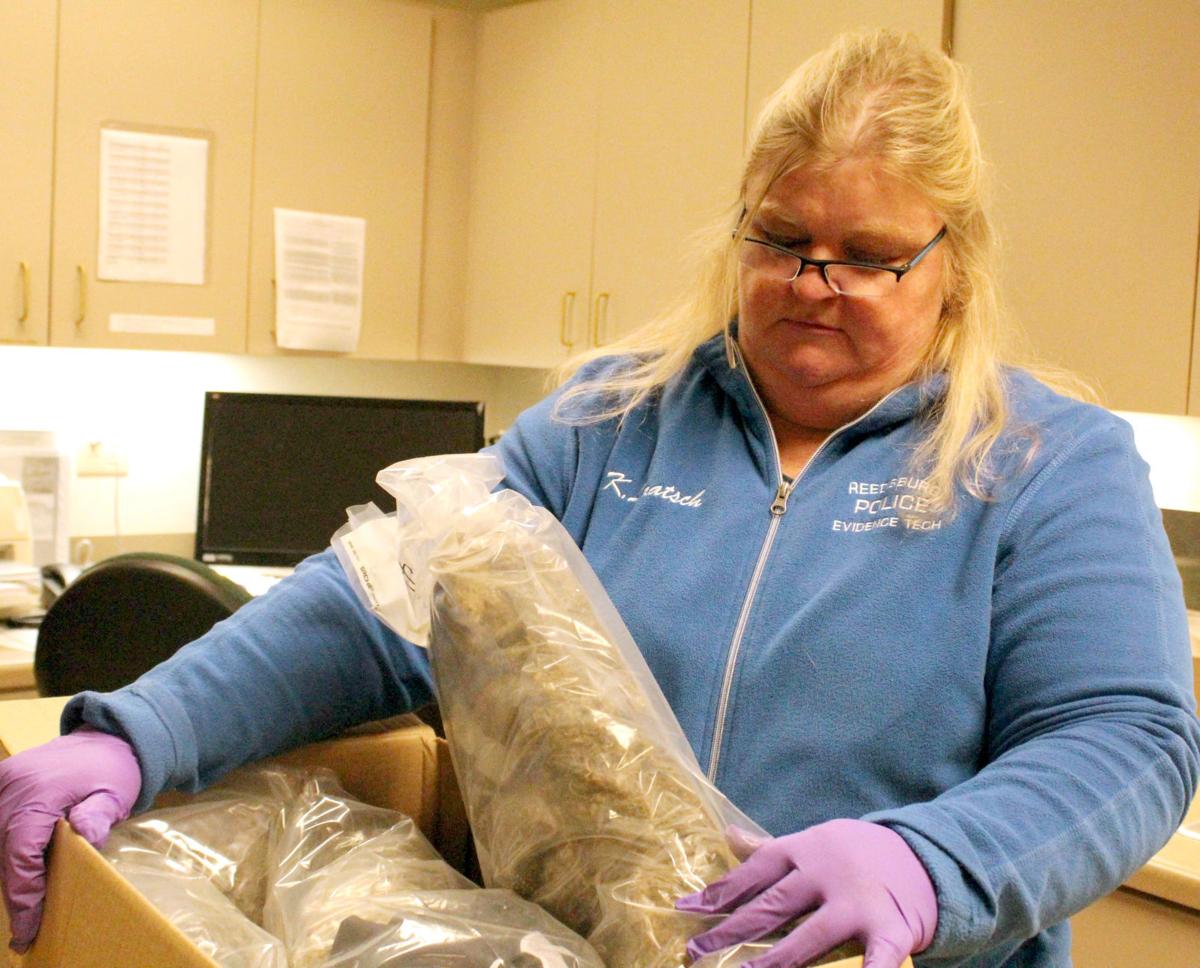 Reedsburg Police Department Evidence Technician Kathy Laatsch shows marijuana that will be used as evidence in a pending case. 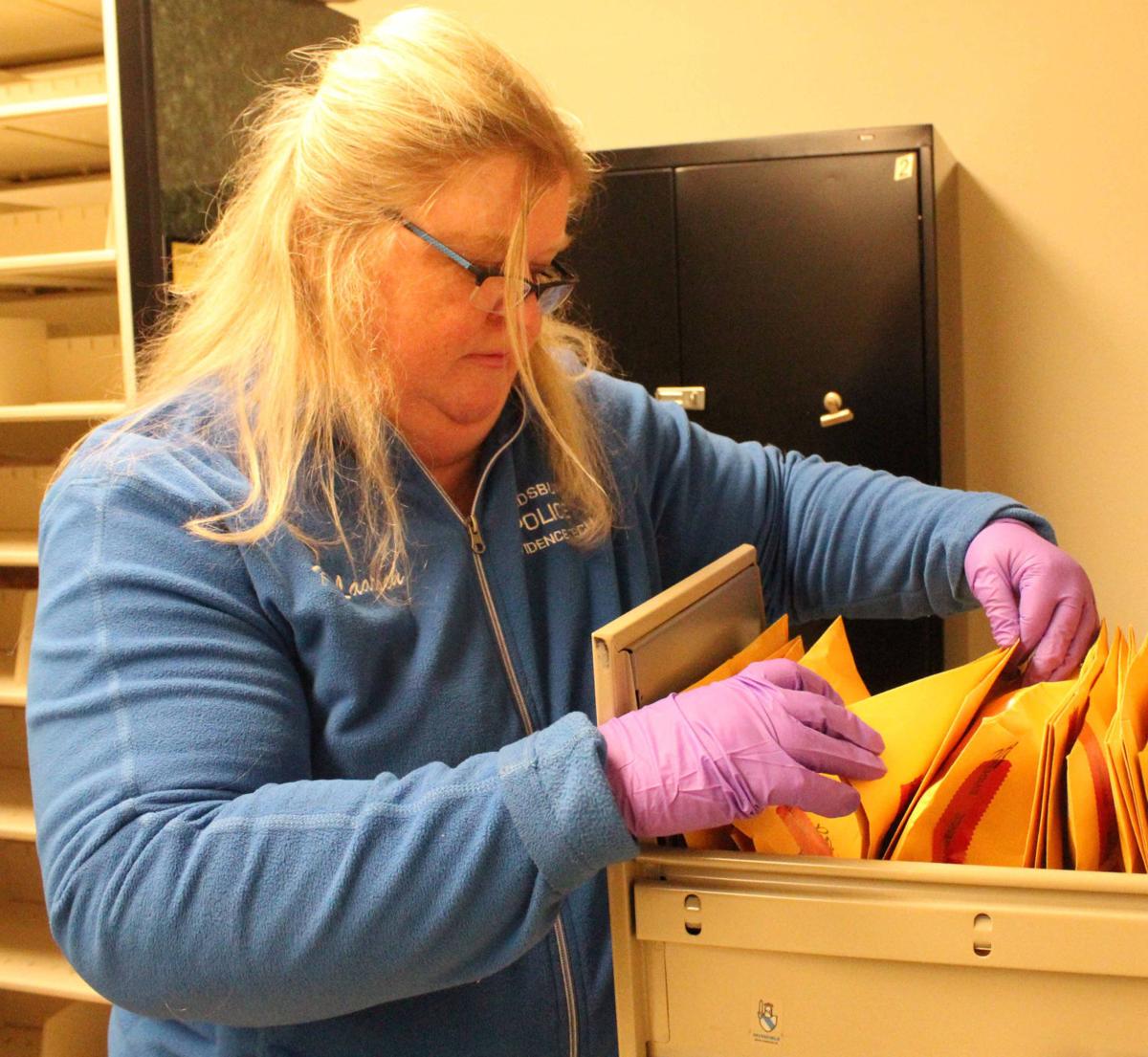 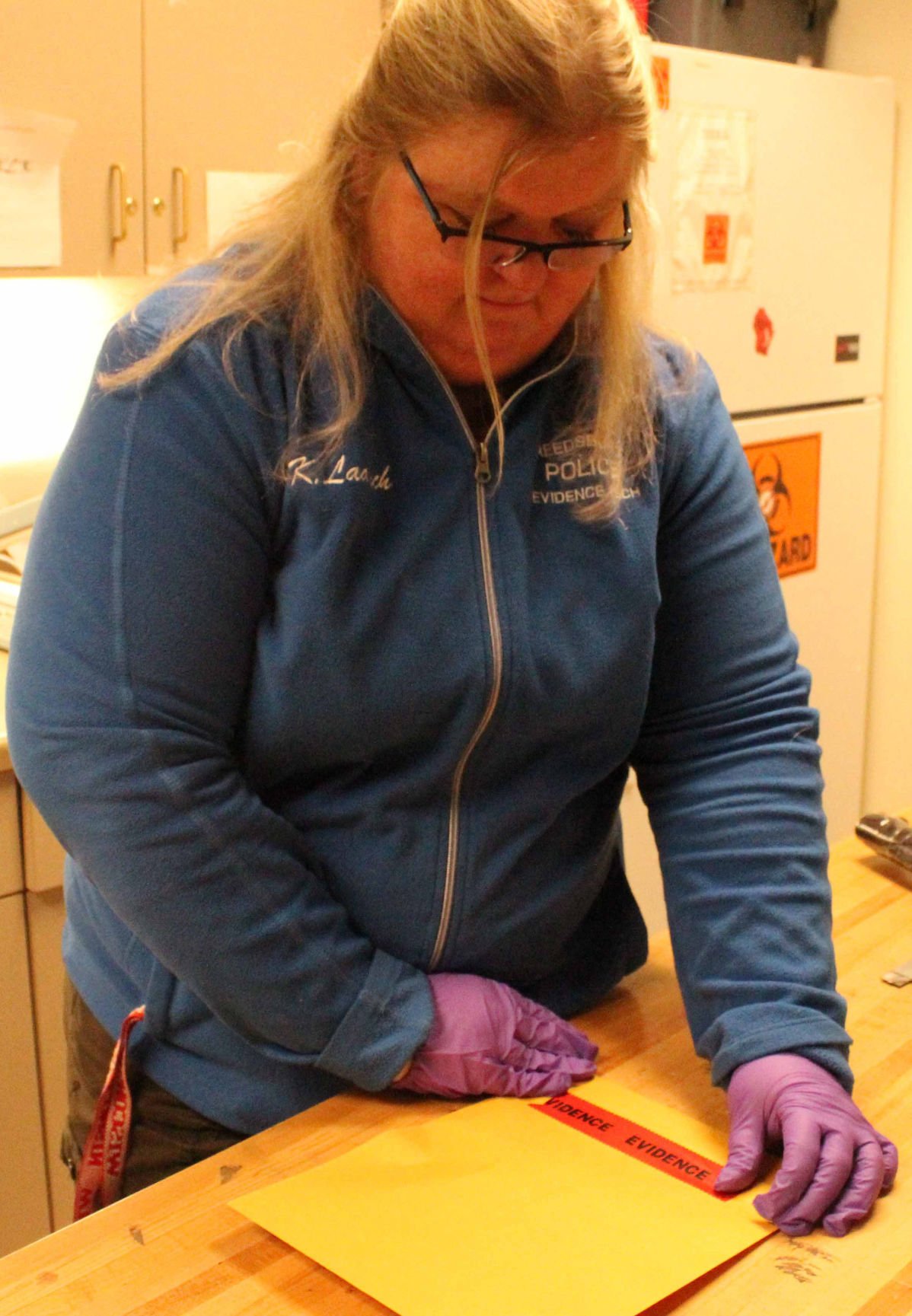 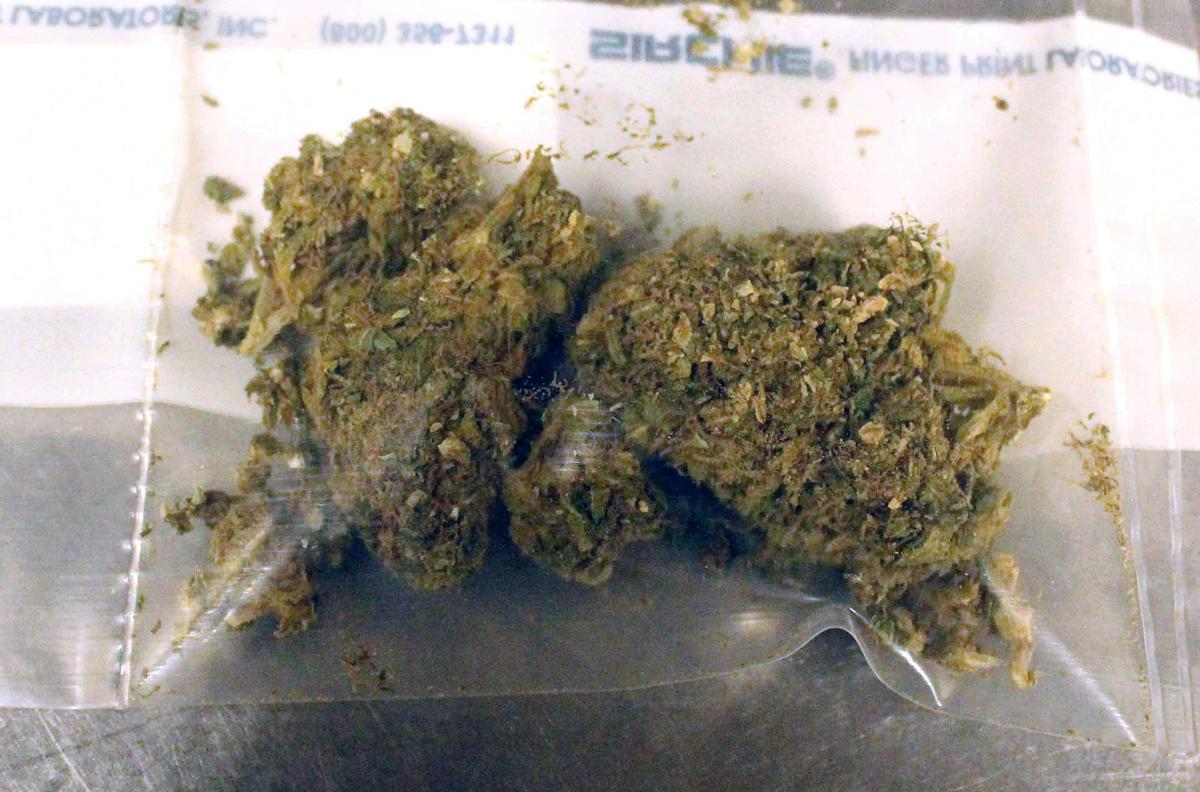 A 6.9-gram bag of marijuana stored in the evidence room at the Reedsburg Police Department. 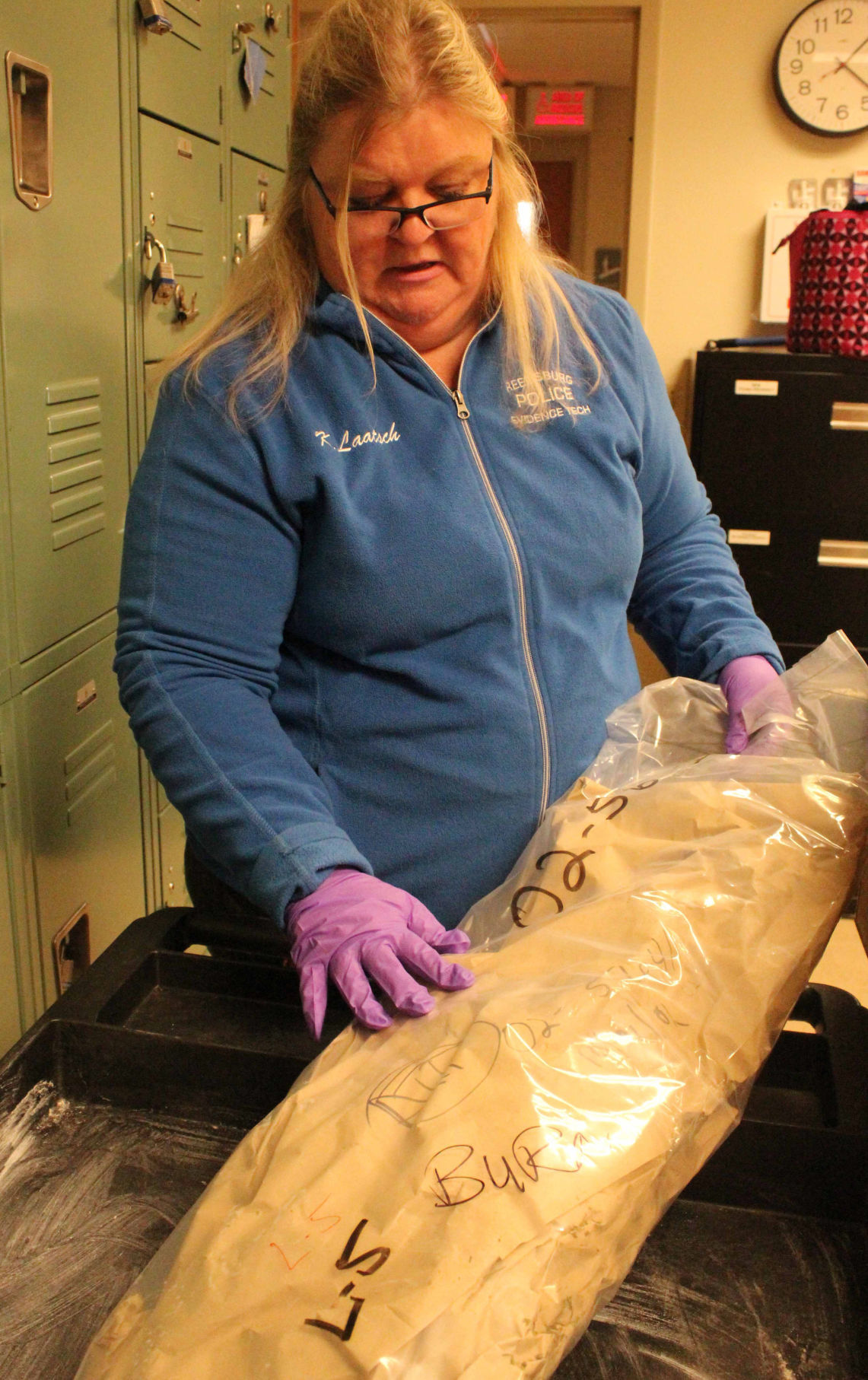 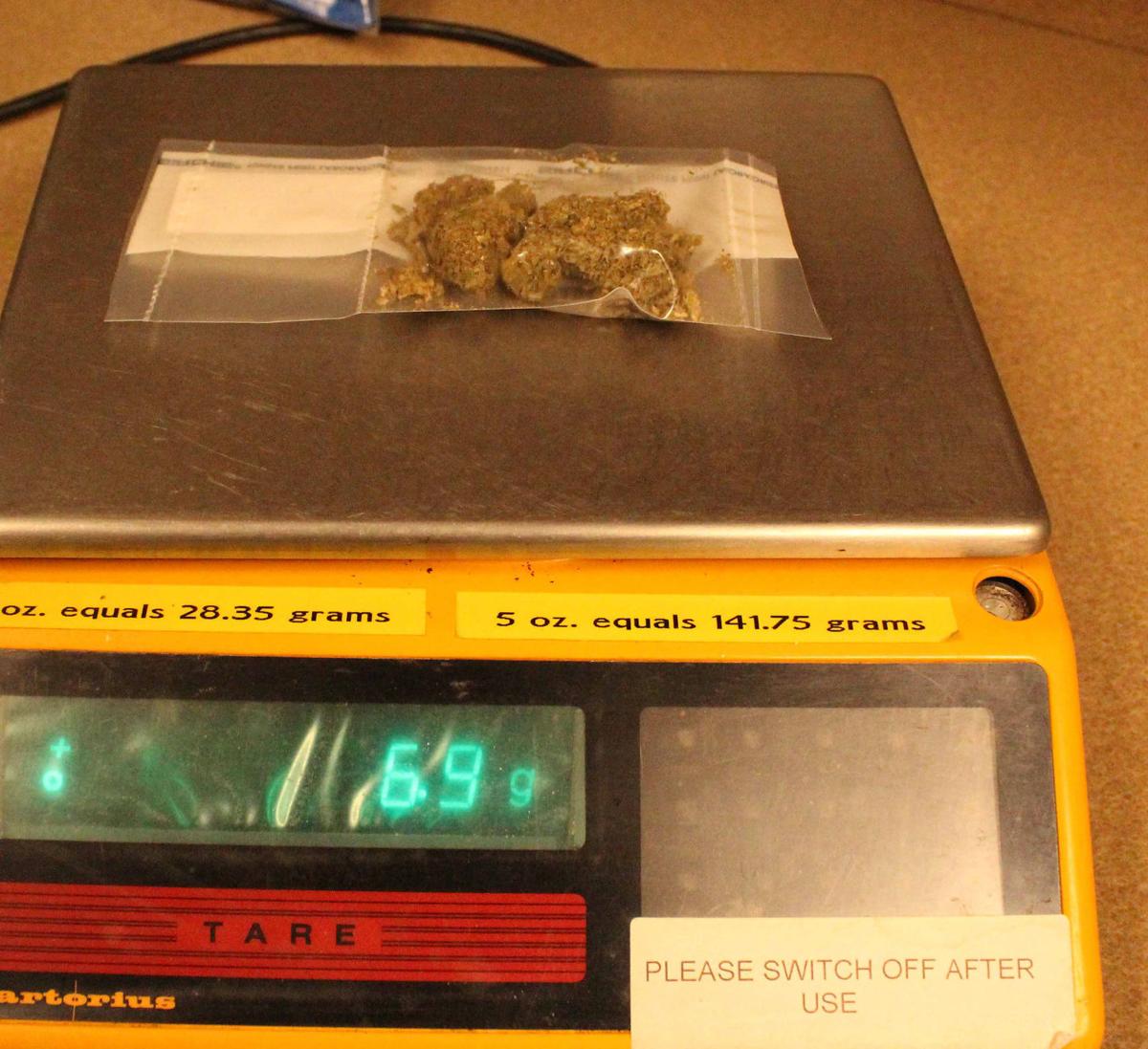 A 6.9 grams bag of marijuana that is stored in evidence room at the Reedsburg Police Department sits on a scale. 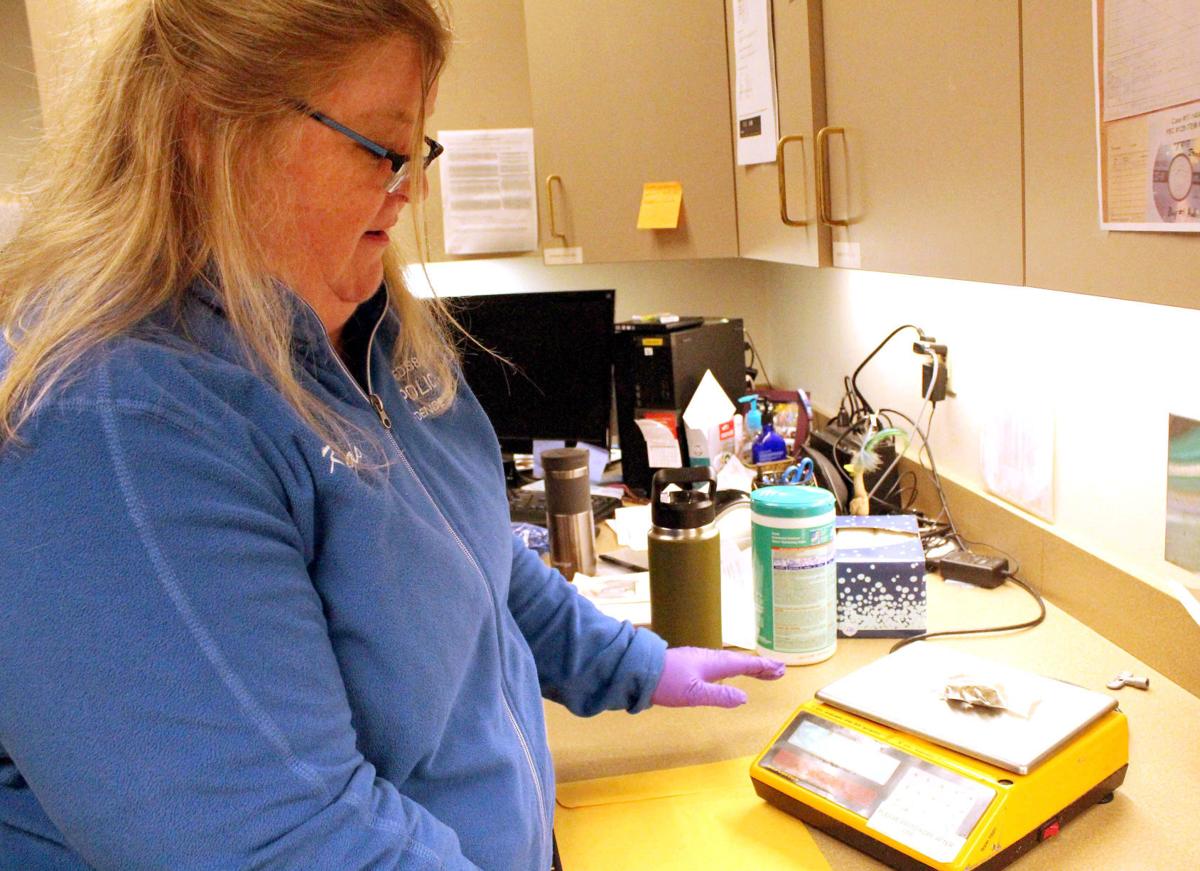 The overall support for legalizing or decriminalizing marijuana speaks to a changing tide of public opinion throughout the U.S. Thirteen states have passed legislation to decriminalize marijuana while 10 states have legalized it.

Wisconsin could soon join those states, following recent comments by Gov. Tony Evers that he will lay out a proposal in his first state budget to decriminalize possession and distribution of small amounts of marijuana in addition to legalizing it for medicinal purposes to treat chronic pain, post-traumatic stress disorder and cancer.

Decriminalizing marijuana means it is still illegal, but the ramifications for possession and selling are not as severe.

“The way the law is set up, it is a misdemeanor for simple possession for personal use and it can ratchet up to a felony if it is that person’s second offense,” Sauk Prairie Police Chief Jerry Strunz said. “Possession with intent to deliver is a felony regardless of the amount. But just because that’s the law doesn’t mean that will be the outcome by the time it has worked its way through the system. Ultimately, the determinations are up to the district attorney’s office.”

Alan Robinson, communications director for the Wisconsin chapter of the National Organization for the Reform of Marijuana Laws said cannabis is “very mischaracterized.”

“It does have incredible medical properties we haven’t been able to study because the federal government won’t allocate more funding for research,” Robinson said. “Studies have shown it is effective in the treatment of some epilepsy conditions.”

The lack of research has some in the medical community and in law enforcement urging people to slow down.

UW Health physician Dr. Nathan Rudin specializes in pain management and has studied marijuana and CBD oil as a means of pain management because so many patients have asked him about it.

“I get asked about it multiple times a week,” Rudin said. “Is it a viable option for pain management? I don’t know, to be honest. The biggest thing I can say about marijuana and CBD is that we still don’t really know, and people are using it without a lot of evidence.”

Reedsburg Area Medical Center Continuing Education Coordinator Rochelle Green said Rudin has discussed his research into the matter at the hospital through its continuing medical education series. The presentation, “Marijuana and Cannabinoids: Marvel, Menace or Both?” outlined the neurochemical actions of marijuana and related compounds, potential medical indications and risks and side effects of marijuana, cannabinoids and synthetic cannabinoids.

Rudin said the use of cannabis to treat severe nausea has been well documented. While pharmaceutical grade CBD is legal for two severe forms of childhood epilepsy, Rudin said there is little research on the long-term effects of cannabis, nor is there sufficient research on its use for other forms of epilepsy or pain management.

“We are as close as we have ever been before,” Erpenbach said of legalizing marijuana. “So many Republicans are starting to realize there is medicinal value, maybe because they’ve witnessed it first-hand with a family member or friend.”

Erpenbach said it is more likely legislation for regulated, medical marijuana would be approved before that of adult recreational use.

“It’s something that in the end may certainly happen, but it’s been hard to get medical use considered in this state,” Erpenbach said. “It’s been like pulling teeth. But the referendums have helped tremendously.”

For Robinson, a military veteran, the fight to legalize marijuana is personal.

“I was near an opioid death,” Robinson said. “I was suffering from depression and post-traumatic stress disorder. So access to cannabis has been essential to my well-being.”

“He overdosed after a hard night of partying,” Robinson said. “He didn’t wake up.”

Robinson’s stance that people suffering from certain ailments will likely be less inclined to turn to opioids is a concept many in the public health sector are investigating with data collected from states that have passed laws to decriminalize or legalize cannabis.

The National Academies of Science and Medicine confirmed in a 2017 study the effectiveness of cannabis for chronic pain in adults in its review, “The health effects of cannabis and cannabinoids: the current state of evidence and recommendations for research.” The study also showed that when given access to cannabis, people using opioids for chronic pain decreased their use of opioids anywhere from 40-60 percent.

But medical and recreational marijuana isn’t without drawbacks. Like opioids, chronic cannabis exposure can build tolerance, physical dependence and withdrawal symptoms during abstinence. But the severity of a cannabis withdrawal is substantially less than an opioid withdrawal and is similar to nicotine withdrawal.

“As physicians, we don’t know what to recommend, how to recommend it or what dosage to give,” Rudin said. “And right now CBD supplements are completely unregulated. So if someone asks me, I can’t recommend them because I have no information or evidence to know the dosage or side effects. Right now, I don’t think science is in a good place to tell. There is still more work to do.”

“People equate legalization with marijuana with being safe,” Strunz said. “There are identified risks associated with marijuana use. We have some of the greatest researches here at the UW, why not take the time to study it more? A lot of what we have is anecdotal, I think we need very cautious how proceed.”

The police chief said he is open to the concept if research backs up the claims.

“If research out there supports it for prescribing legitimate, medical conditions — like it is for children’s seizures — under those circumstances I am OK with it,” Strunz said. “But that’s not what people are talking about. Recreational use is a far different issue I believe still warrants a great deal more thought and research.”

Robinson said Wisconsonites are using cannabis regardless of the legal ramifications.

“We’re not looking to introduce a whole new drug here,” Robinson said. “We are asking for a regulatory system that keeps people safe. No one wants to see a child use cannabis without a doctor’s note.”

Erpenbach said current state legislation regarding marijuana never was about having it fully legalized.

“It is intended to get people what they need to make lives more comfortable,” Erpenbach said. “We never saw it as step to full legalization, but if it happens, it happens. But the idea of a family member breaking the law to get pain relief is ridiculous.”

Editor's note: This article was updated Feb. 22 to correct information about the use of CBD for childhood epilepsy and the status of research on the long-term effects of cannabis.

Reedsburg Police Department Evidence Technician Kathy Laatsch shows marijuana that will be used as evidence in a pending case.

A 6.9-gram bag of marijuana stored in the evidence room at the Reedsburg Police Department.

A 6.9 grams bag of marijuana that is stored in evidence room at the Reedsburg Police Department sits on a scale.