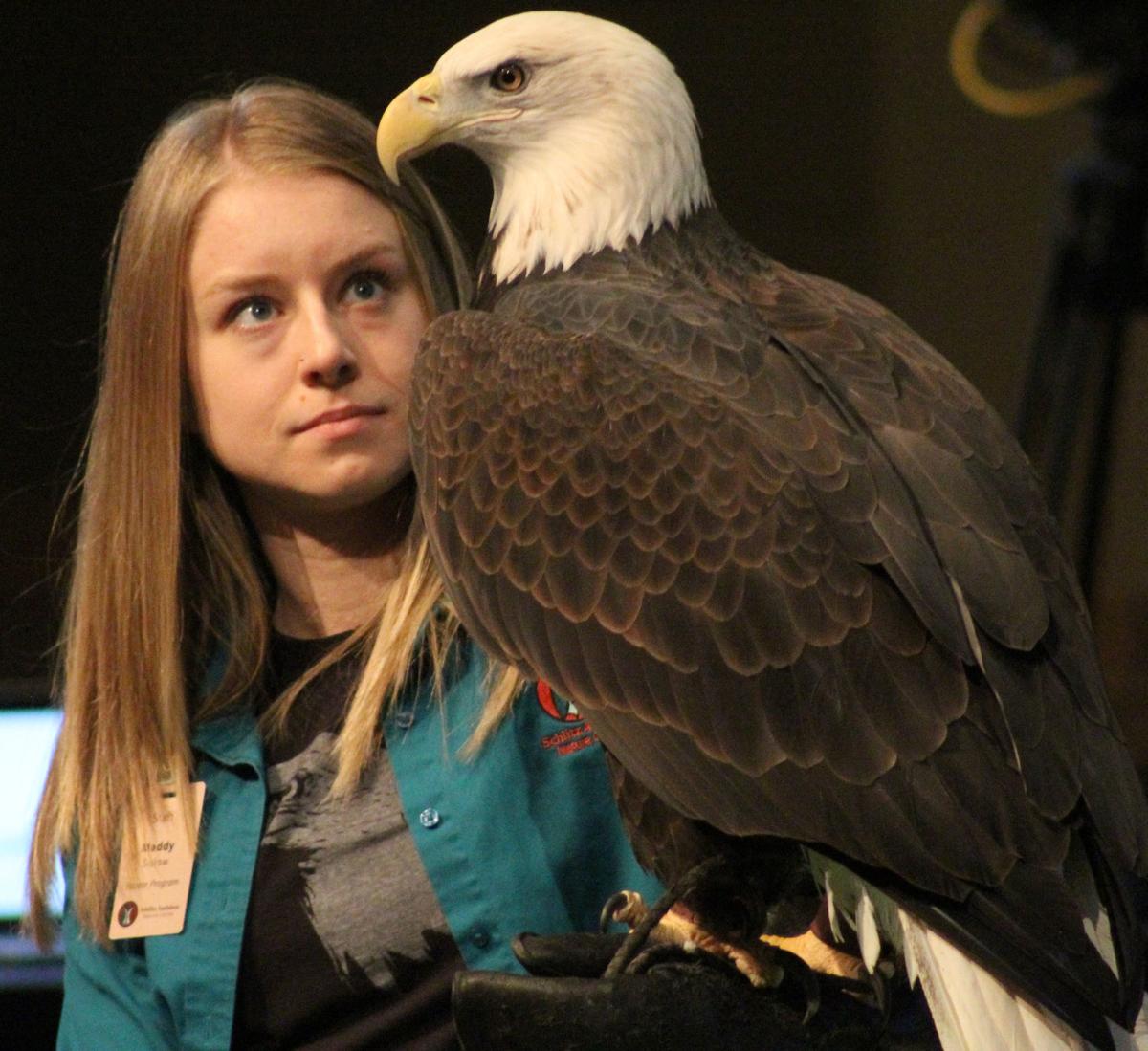 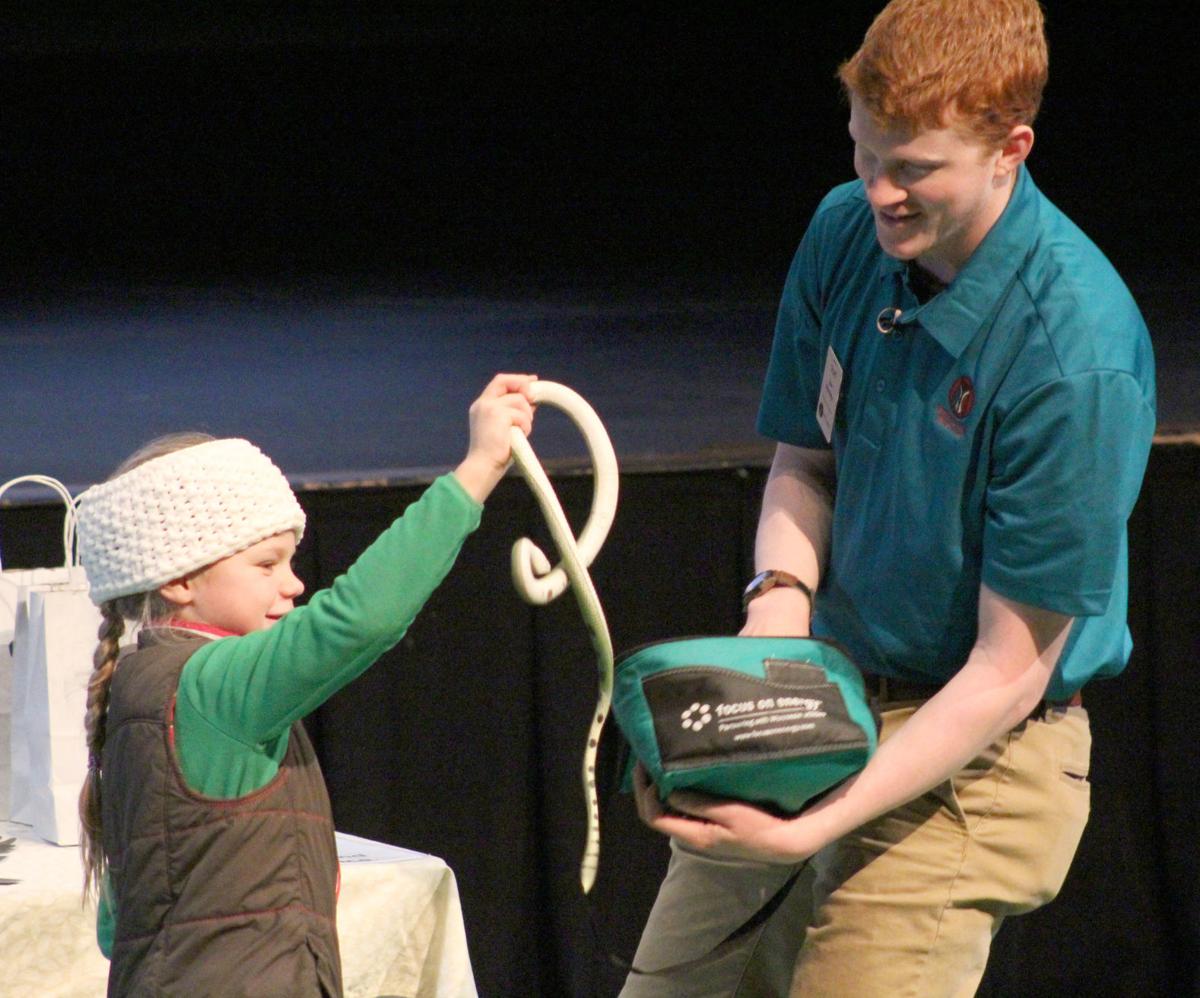 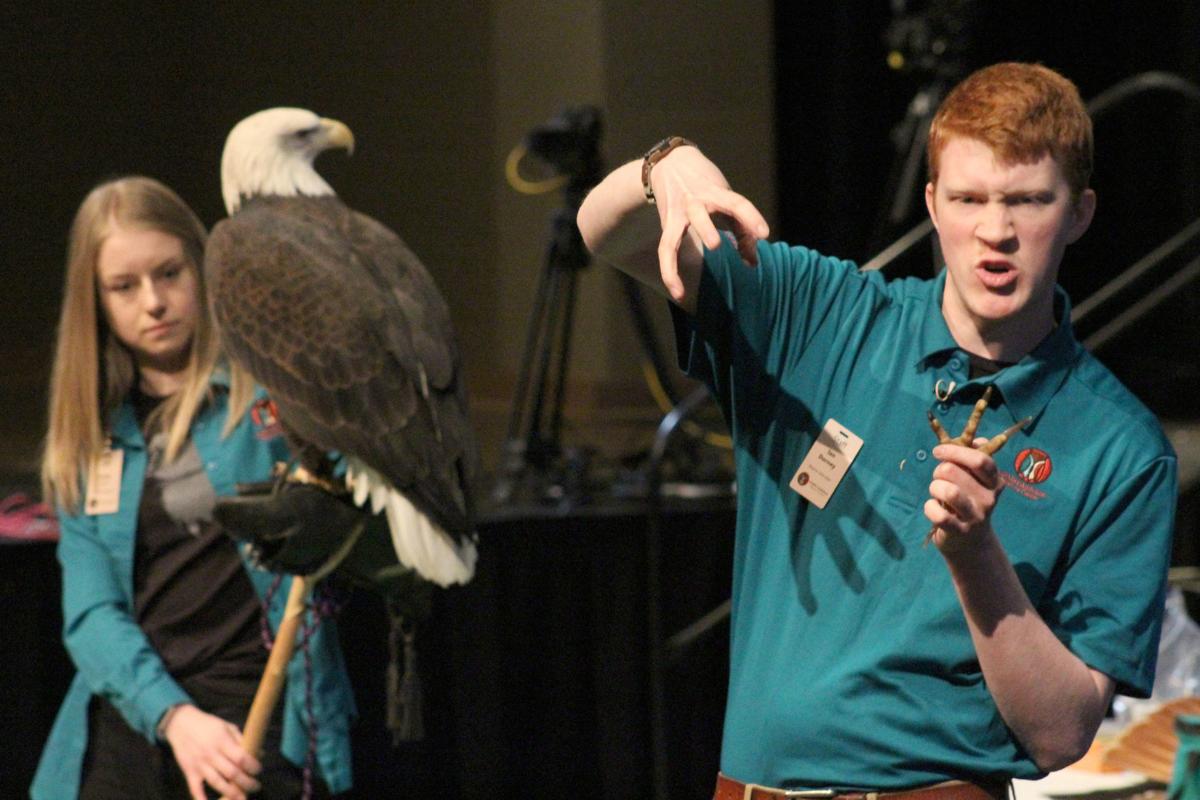 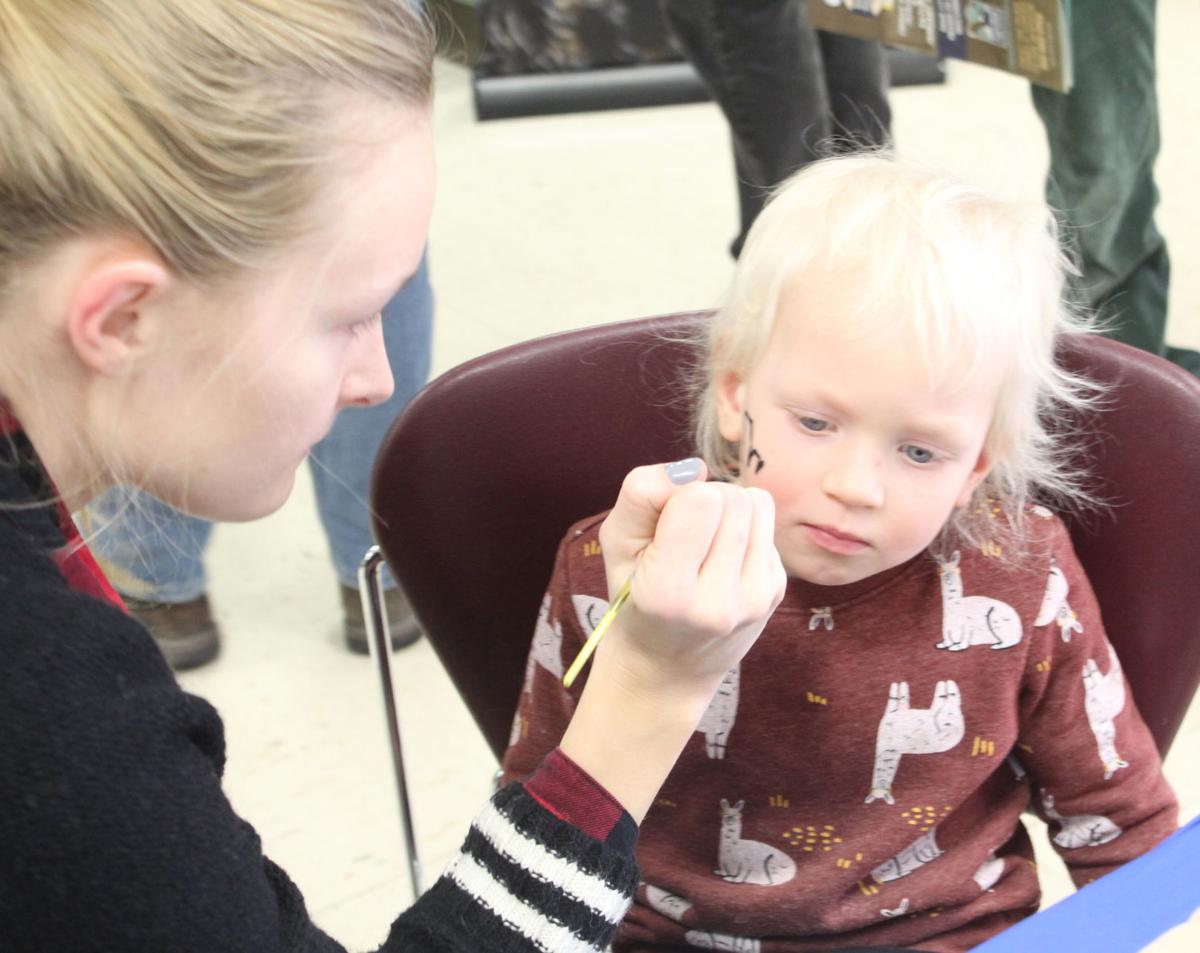 Jack O' Neill, a four-year-old from Middleton, gets his face painted during the children's activities Jan. 18 at the River Arts Center in Prairie du Sac for Bald Eagle Watching Days. 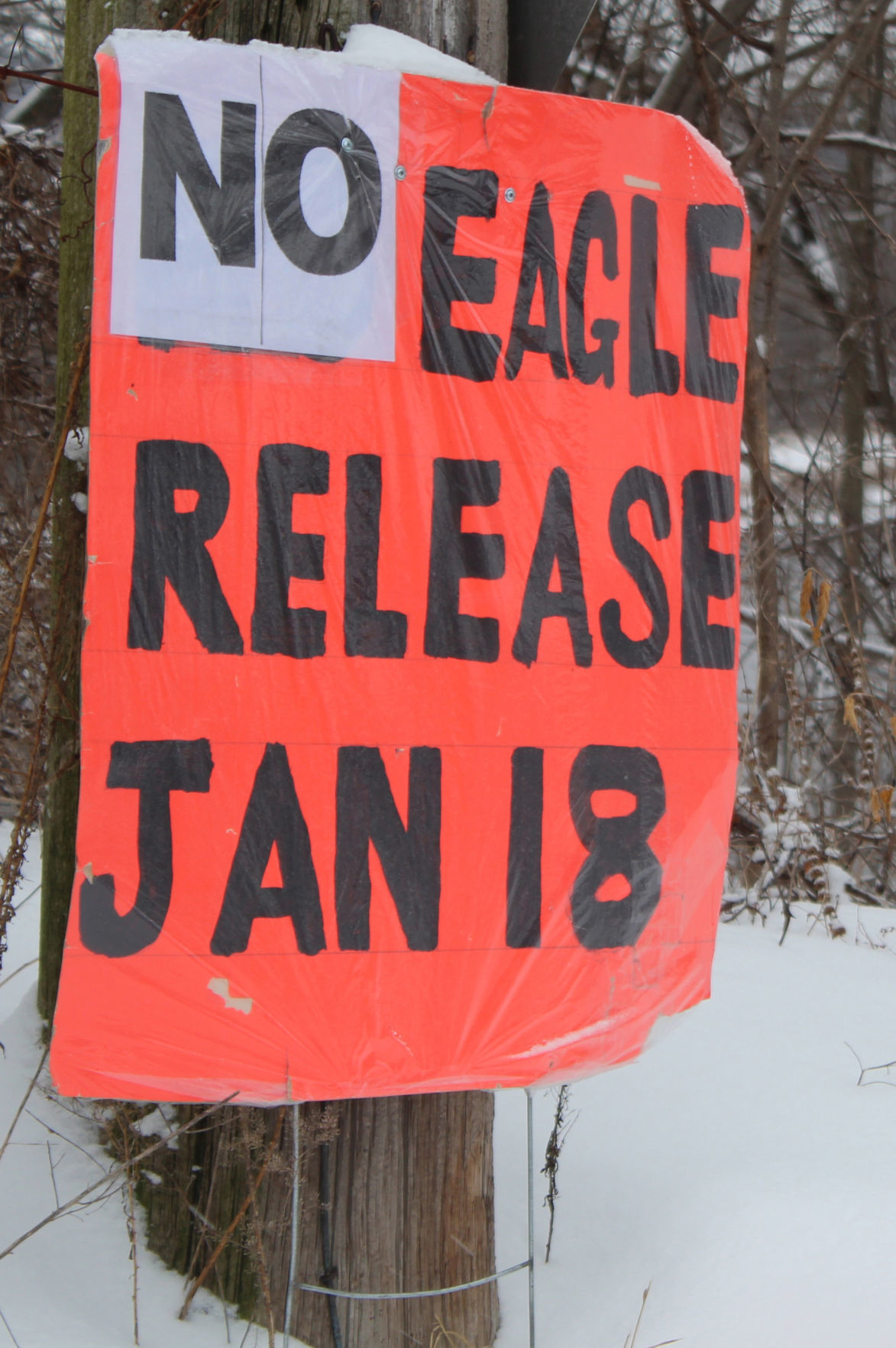 A sign posted Jan. 18 by the enterance to VFW Park in Prairie du Sac says the bald eagle release will not be held during the weekend of Bald Eagle Watching Days. 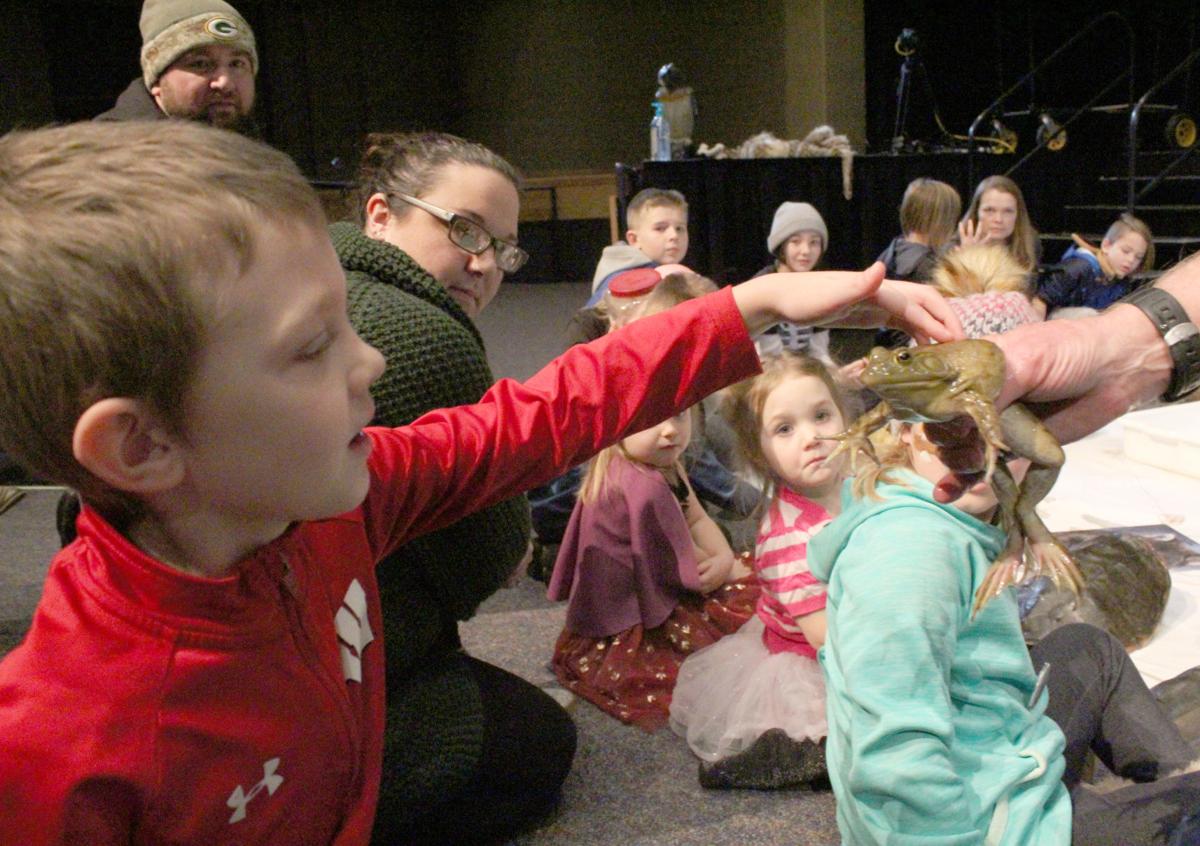 Days before Sauk Prairie Bald Eagle Watching Days was scheduled to soar, some changes were made to the two day event.

Three rehabilitated bald eagles were scheduled for release into the wild from the Raptor Education Group in Antigo, which had about 12 to 15 inches of snow on top of what was expected Jan. 18, Unger said. The expected 25 mile per hour winds would have made flying for 4-7 month old bald eagles tough. Unger said the release may take place in mid-February.

“(It) could be earlier it could be later we don’t know,” Unger said.

Unger said the council added an afternoon show of Laughing with Animals by David Stokes, a hand-on nature education show for children at the time of the release for those who made the travel to Sauk Prairie to have something else to do.

Unger said over 1,700 people attended the event and 2,000 attended the release last year. With the impending weather he estimated about 1,000 attended the entire event, which included children’s activities, a pancake breakfast and bus tours to three different spots bald eagles are often seen.

The birds of the prey show presented an education lesson of five different birds by Schlitz Audubon Nature Center, including Valkyrie a nine-year-old bald eagle.

Unger said Bald Eagle Watching Days happens during “eagle season” in January to provide education and exposure to bald eagles and other species. The event celebrates the bald eagle, wildlife and conservation efforts that have been made to protect the species.

Unger said there were 670 bald eagle nests in the state in the 1970s which have grown to over 1,600 nests. There are over 100 bald eagles in a 25 mile radius of the Wisconsin River, he said.

The weather didn’t stop some people from making the drive to the Sauk Prairie area. Ken Taft, a Janesville resident at his first Bald Eagle Watching Days, said he’s wanted to attend the event for a long time because of his love of nature but could never make the trip since it coincided with work. He said the roads weren’t bad driving up on the interstate.

Members of the Raptor Education Group Inc. will release up to five bald eagles Jan. 12, with another three possible Jan. 19 during Bald Eagle …

Randy Jurewicz was surprised by the amount of people at the VFW Park boat landing in Prairie du Sac Feb. 8 to witness three rehabilitated juve…

Jack O' Neill, a four-year-old from Middleton, gets his face painted during the children's activities Jan. 18 at the River Arts Center in Prairie du Sac for Bald Eagle Watching Days.

A sign posted Jan. 18 by the enterance to VFW Park in Prairie du Sac says the bald eagle release will not be held during the weekend of Bald Eagle Watching Days.