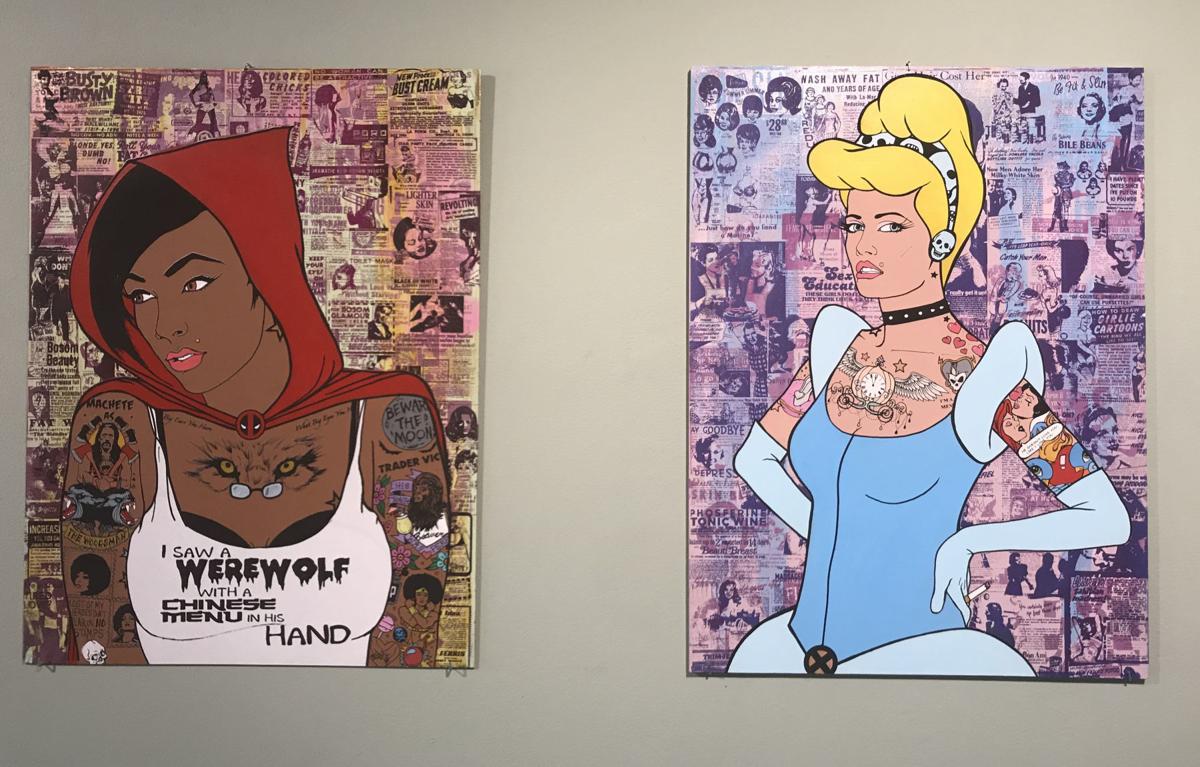 The artwork of Madison Artist Donald Topp shares a space with that of one of his influcences, Andy Warhol, at the River Arts Center. 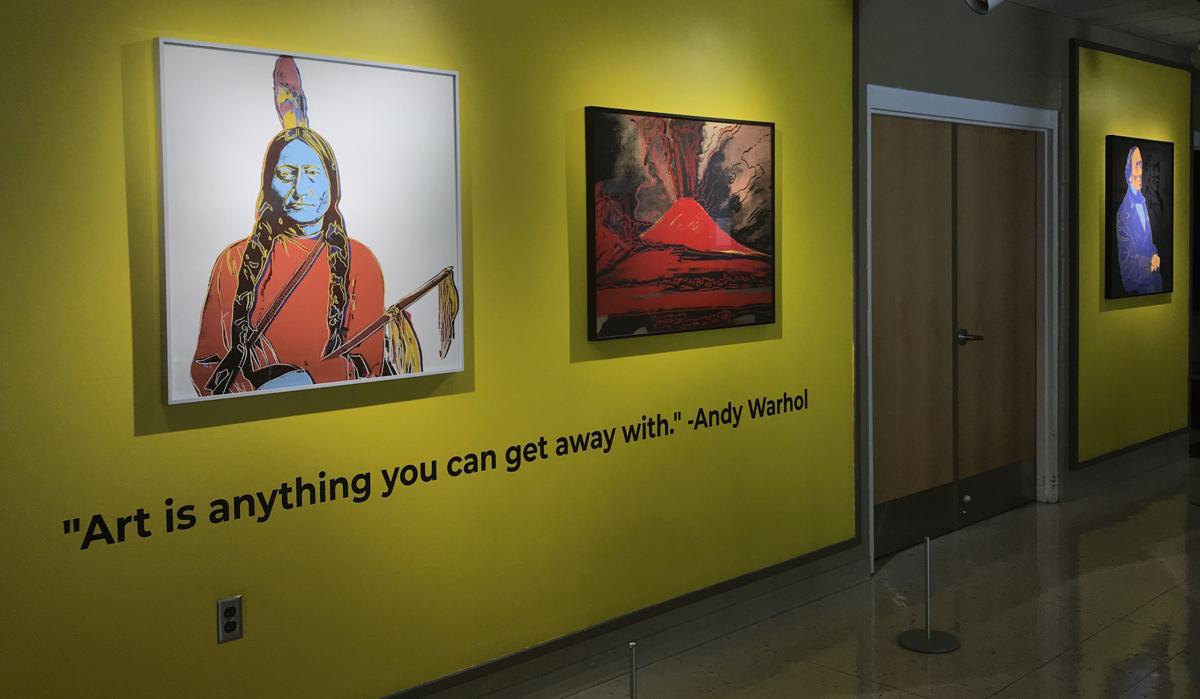 Andy Warhol's work is displayed at the River Arts Center. 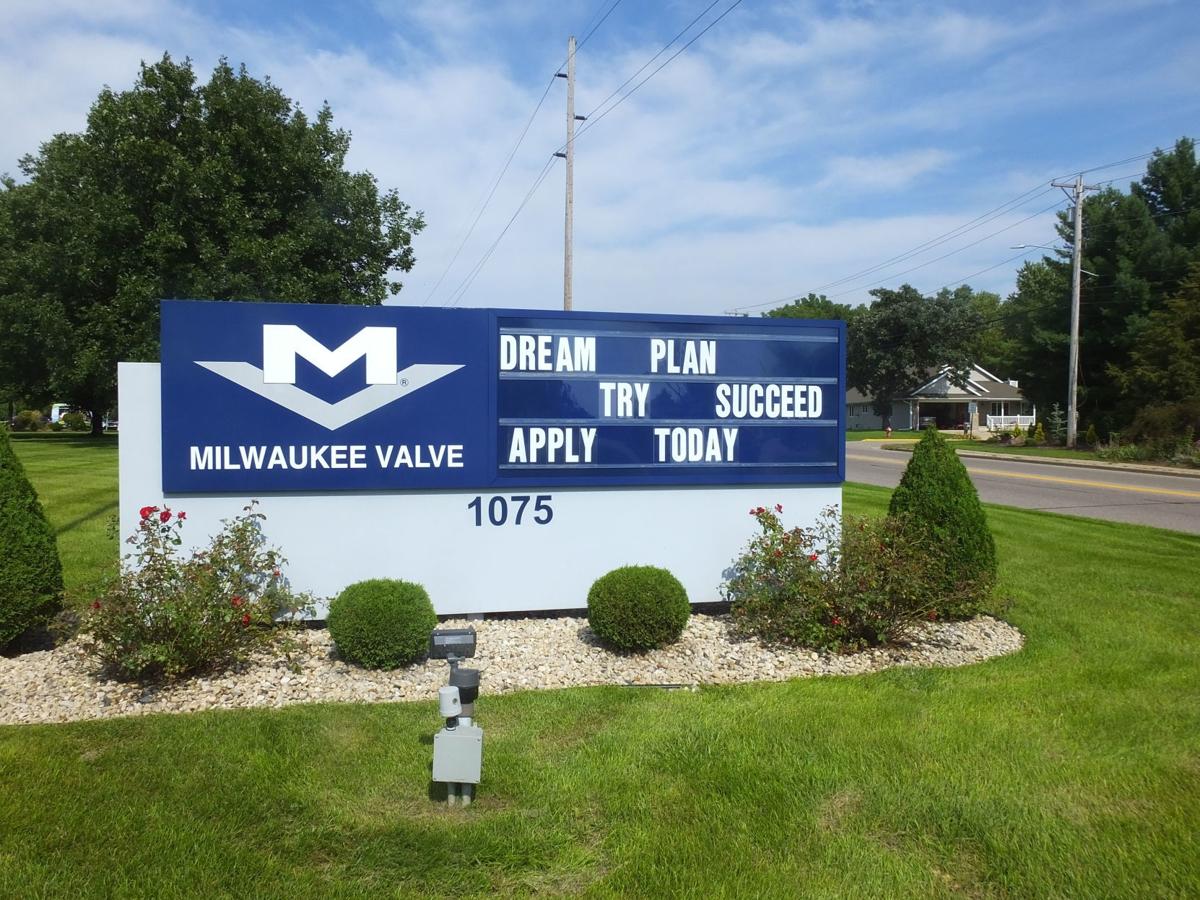 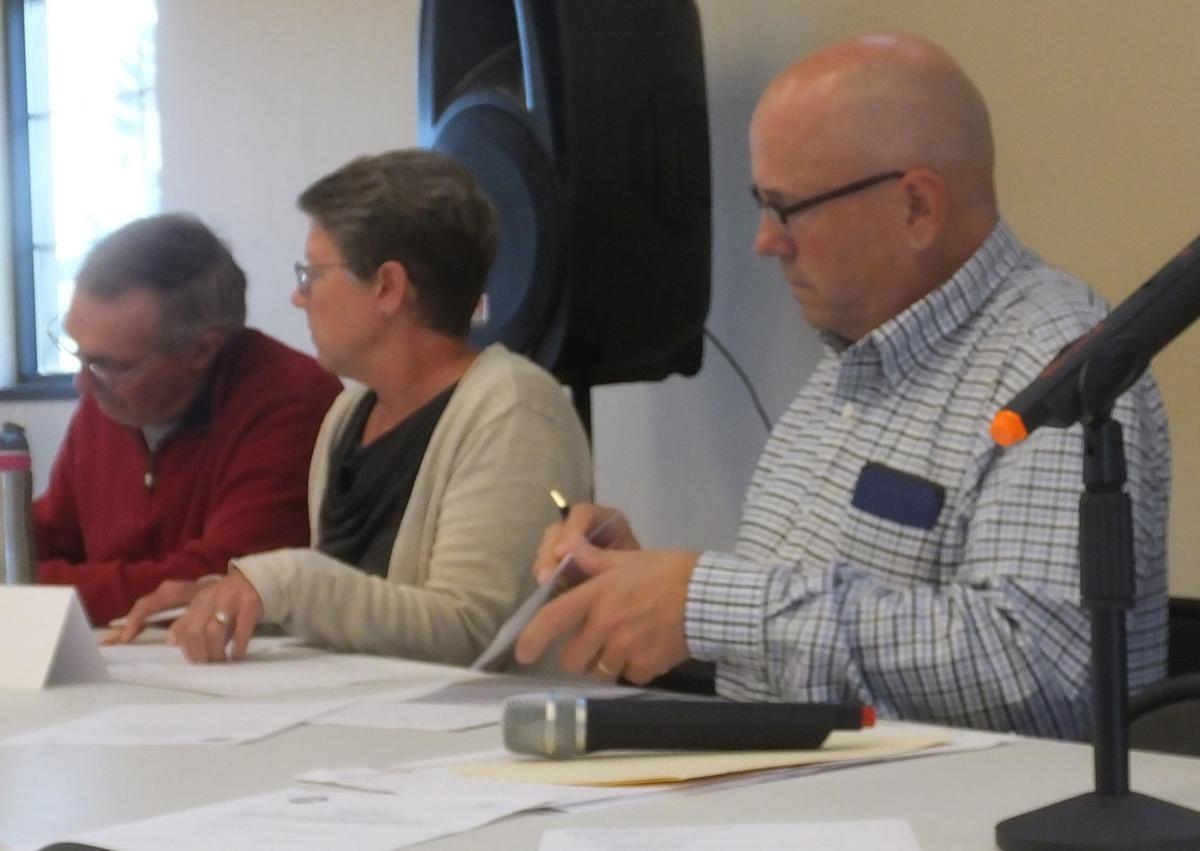 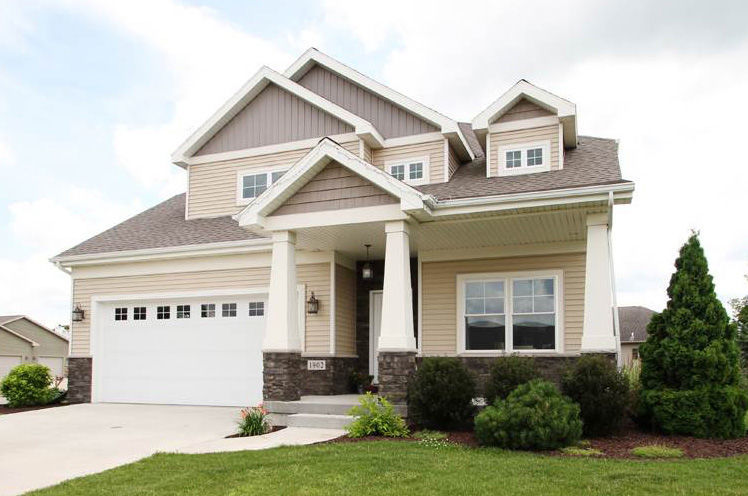 A four bedroom home on Goldfinch Lane in Sauk City is listed for $434,900. 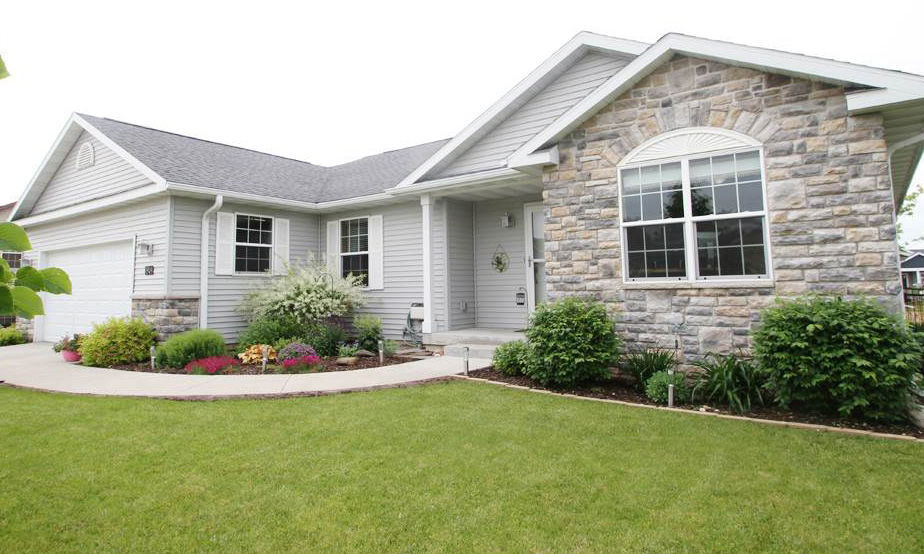 A three bedroom home on Nighthawk Lane in Sauk City is listed for $323,900.

The Eagle staff has put together its list of the stop stories of 2019. Numbers five through one follow.

Law enforcement have arrested a group of seven individuals thought to be connected to a recent string of vehicle thefts and break ins throughout southern Wisconsin.

The individuals, who are currently in custody in Madison, are facing multiple charges in multiple counties. Sauk Prairie Police Chief Jerry Strunz anticipates they will be tried in Waukesha County.

Law enforcement believes other members of the group are still active.

“We want the general public to know that just because we’ve made some arrests (the) time to be vigilant is not over,” Strunz said. “This is still going on … This is a wide geographic area that his crew has been impacting.”

Strunz said as many as nine counties could be involved. Not only have incidents occurred in Dane, Sauk and Juneau Counties, activity has been noted as far as Winnebago, Waukesha and Jefferson Counties. The Wisconsin Department of Justice is now involved in the case.

Sauk Prairie Police pursued a suspicious vehicle at about 1:30 a.m. Sept. 26 and deployed spike strips to stop the vehicle, but the suspects were able to drive around the strips.

Although officers pursued the vehicle the individuals managed to flee. They were later located in Middleton but police there were unsuccessful in apprehending them.

Public safety was the primary concern during the chase and police decided further pursuit would jeopardize that.

On Sept. 4-5 entry was made into unlocked vehicles and garages with property being stolen.

On Sept. 10 a vehicle was stolen from the Village of Prairie du Sac and later recovered in Juneau County.

Law enforcement responded to reports of burglaries Sept. 16, which occurred while home owners were sleeping early in the morning.

“The most concerning part to me is the fact that these individuals are very brazen,” Strunz said. “They will roll into a neighborhood (with) four or five individuals running down the street, both sides of the street… checking every vehicle and every residence to see if they can gain entry.”

The town of Roxbury will soon hold a joint meeting with the town of West Point to initiate a coordinated effort to combat flooding in both areas.

The Oct. 7 Roxbury Town Board meeting was the same day as a public discussion with officials from both towns, the state legislature, local counties and the Wisconsin Department of Natural Resources to explore potential solutions for rising water levels preventing residents access to their homes and flooding others.

In the past, Fish Lake Road in Roxbury has often seen water pool across it following rainfall, making navigating the area difficult or impossible. The board estimated three to four inches of water ran over the road at the time of their July 1 meeting. More recently, they estimated seven inches of rainfall, worsening the situation.

One section of Schoepp Road, where West Point has had severe flooding, was sandbagged earlier that evening.

In both towns, locals are struggling with access to residences and businesses. Emergency services are actively evaluating which vehicles are actually able to navigate the terrain to respond to potential emergencies there.

West Point Town Chairman Ashley Nedeau-Owen attended the meeting. He said coordination with Roxbury would be important so efforts to move water in one town do not worsen the situation in the other.

The current plan of action is to hold a joint meeting with West Point in the near future to put together a plan for constructing a tube to transport water from the flooded areas out to the Wisconsin River, providing relief to affected residents and businesses.

“We’ve got to have access to our residents, we’re required by statutes to provide that,” Nedeau-Owen said. “It’s becoming increasingly difficult to provide access to those residents… already, the ambulance can’t make it there.”

Longtime fans of Andy Warhol and newcomers to the artist’s work experienced something new Sept. 12 at the River Arts Center.

The River Arts Center is hosting Warhol’s work in a free exhibit open to the public through Nov. 22 at 105 9th St. in Prairie du Sac.

Featured original screen prints by Warhol include the “Cowboys and Indians” and “Reigning Queens” series.

“I think it is one of the best exhibits we’ve ever had at the River Arts Center,” said River Arts Inc. Executive Director Lindsey Giese. “I was struck by the beauty, the uniqueness of it. It’s Warhol but… it’s a later style of him that a lot of people don’t know about, and it’s stunning.”

“I’m really excited about this show,” said Kristina Coopman of the River Arts Center. “This is probably a landmark show for us. It’s really important, I think, for people of all ages and backgrounds to be exposed to art, and this is probably the only chance they’ll get to see a Warhol in a rural Wisconsin gallery.”

The exhibit is the culmination of a years-long lobbying effort to bring Warhol’s work to Sauk Prairie, which began when Coopman met University of Wisconsin-Green Bay Art Curator Emma Hitzman at a conference.

Coopman asked Hitzman to loan out some of Warhol’s work kept at UW-Green Bay and after a two-year discussion, the pieces are finally here.

“The Warhol show was a really fantastic piece of networking and great cooperation,” Coopman said.

“What I’m most excited about is having an artist featured in our gallery that is a well-known artist,” Dingman said. “This is something that I think really helps legitimize our art gallery… (it) really helps the public understand we can have great artwork here.”

Dingman said students in Sauk Prairie schools learn about Warhol’s work and having some of it on school grounds takes the experience to a new level.

“Advanced high school art classes have come down and spent a class period looking at the art,” Dingman said.

Coopman said even Warhol experts will have something new to see, as some of the pieces are less well-known and showcase a different aspect of the artist.

“These pieces are made primarily from 1985-86 and Warhol passed away in ‘87, so these are the very end of his career,” Coopman said. “It’s sort of his own twilight reckoning… you see a different side of him in these pieces.”

Donald Topp, a Madison-based artist, also will have his work featured at River Arts alongside Warhol’s.

“I love bringing a landmark show like Warhol, but then tying it back to our local roots,” Coopman said. “I think it’s a really fun bridge we’ve been able to make with those two artists.”

The Sauk Prairie housing market’s struggle with low inventory may be showing signs of improvement.

Typically, a healthy housing market has inventory to last about six months. Recently, Sauk Prairie’s housing inventory would only last three, but market data tentatively indicates a turning point may be approaching.

“What we are seeing is regionally a little bit of an uptick in inventory,” said Nth Degree Real Estate Co-owner and Vice President of the Board of Realtors Association of South Central Wisconsin Sommer Von Behren. “Now that rates are in the threes again, we’re seeing some (locals) say ‘okay, maybe I’m going to step up and make the move right now.’”

Freddie Mac Loan Mortgage Corporation announced Sept. 12 the interest rate for a 30-year fixed rate mortgage would be dropped to 3.56% from 4.6%. The rate drop adds savings and purchasing power to consumers, while incentivizing holdouts to sell.

The announcement came on the heels of a 0.25% interest rate drop by the Federal Reserve.

“I would anticipate that some of the uptick (we’re) seeing could come from the fact that the consumer is (currently) really strong,” said Edward Jones Financial Advisor Peter van der Hagen. “Consumer spending makes up about 70% of our economy. So if the consumer is strong, there’s a good chance that our economy will be as well.”

Van der Hagen pointed to a 50 year low of unemployment and modest recent wage gains as evidence of consumer strength.

Both companies make control valves. Monetary terms of the transaction are being kept confidential by the parties involved.

“The important point is that NIBCO has agreed to buy the entire company, including all of its products, facilities, human resources, and other assets,” NIBCO said in a press release. “When the acquisition closes upon NIBCO and Milwaukee Valve meeting closing conditions, Milwaukee Valve will become a wholly owned subsidiary of NIBCO and continue to operate independently.”

The quality of Milwaukee Valve’s manufacturing products, the family owned culture, and long-term performance of the company all factored into NIBCO’s decision to pursue an acquisition, the company said.

Jim Vogel of Milwaukee Valve Communications declined to comment on the pending sale.

According to the Sauk Prairie Chamber of Commerce’s website, Milwaukee Valve’s products “have been installed on every U.S. Navy ship built for the last 50 years.”

NIBCO said there are no plans to make changes to Milwaukee Valve’s existing product line, following the finalization of the acquisition.

Beaver Dam re-zoned land this week to help clear the way for a Kwip Trip expansion on the north side.

Barbara J. Lange, 75, of Beaver Dam graduated this lifetime with honors on Monday, Feb. 17, 2020, at her home surrounded by her family.

The artwork of Madison Artist Donald Topp shares a space with that of one of his influcences, Andy Warhol, at the River Arts Center.

Andy Warhol's work is displayed at the River Arts Center.

A four bedroom home on Goldfinch Lane in Sauk City is listed for $434,900.

A three bedroom home on Nighthawk Lane in Sauk City is listed for $323,900.