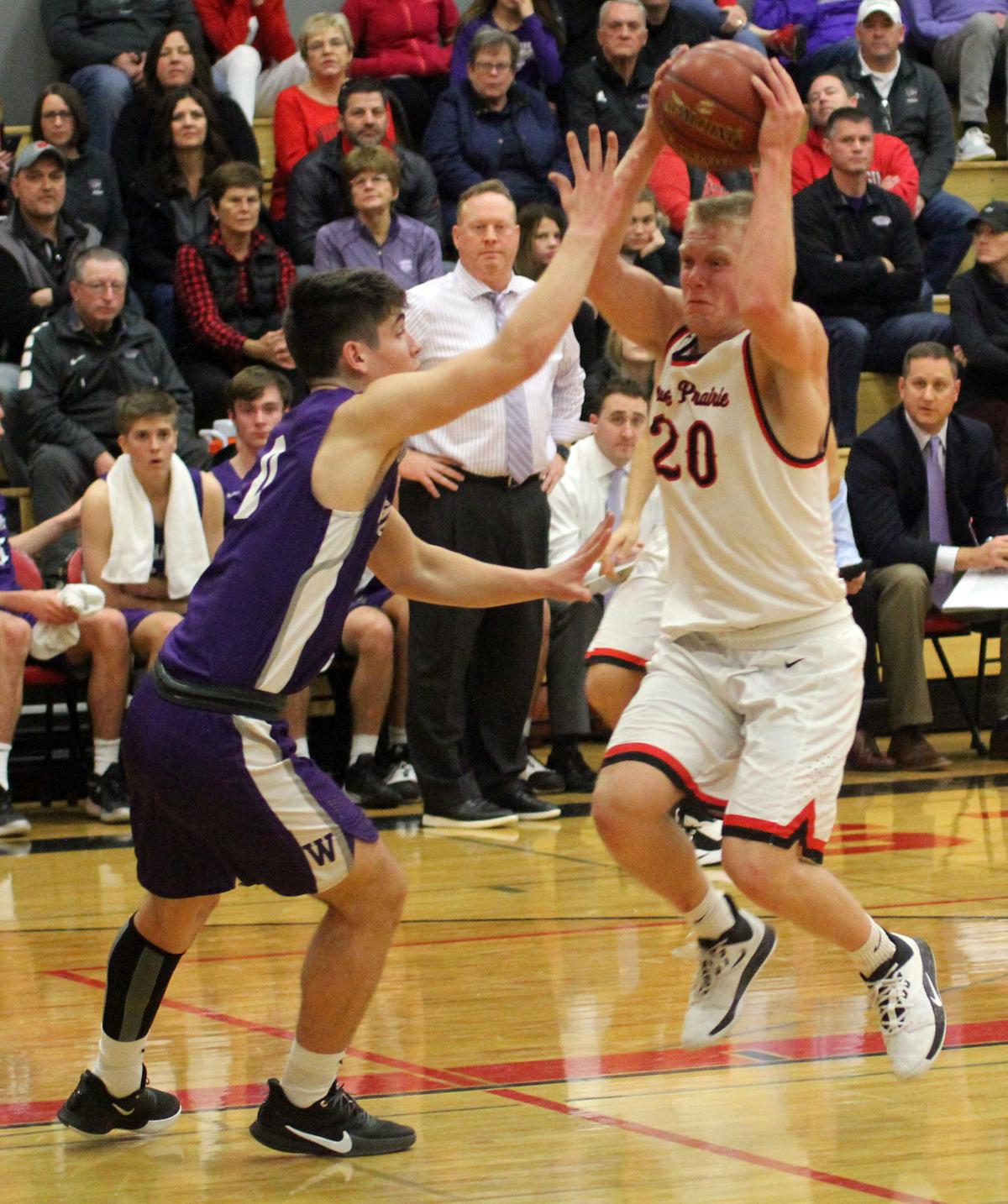 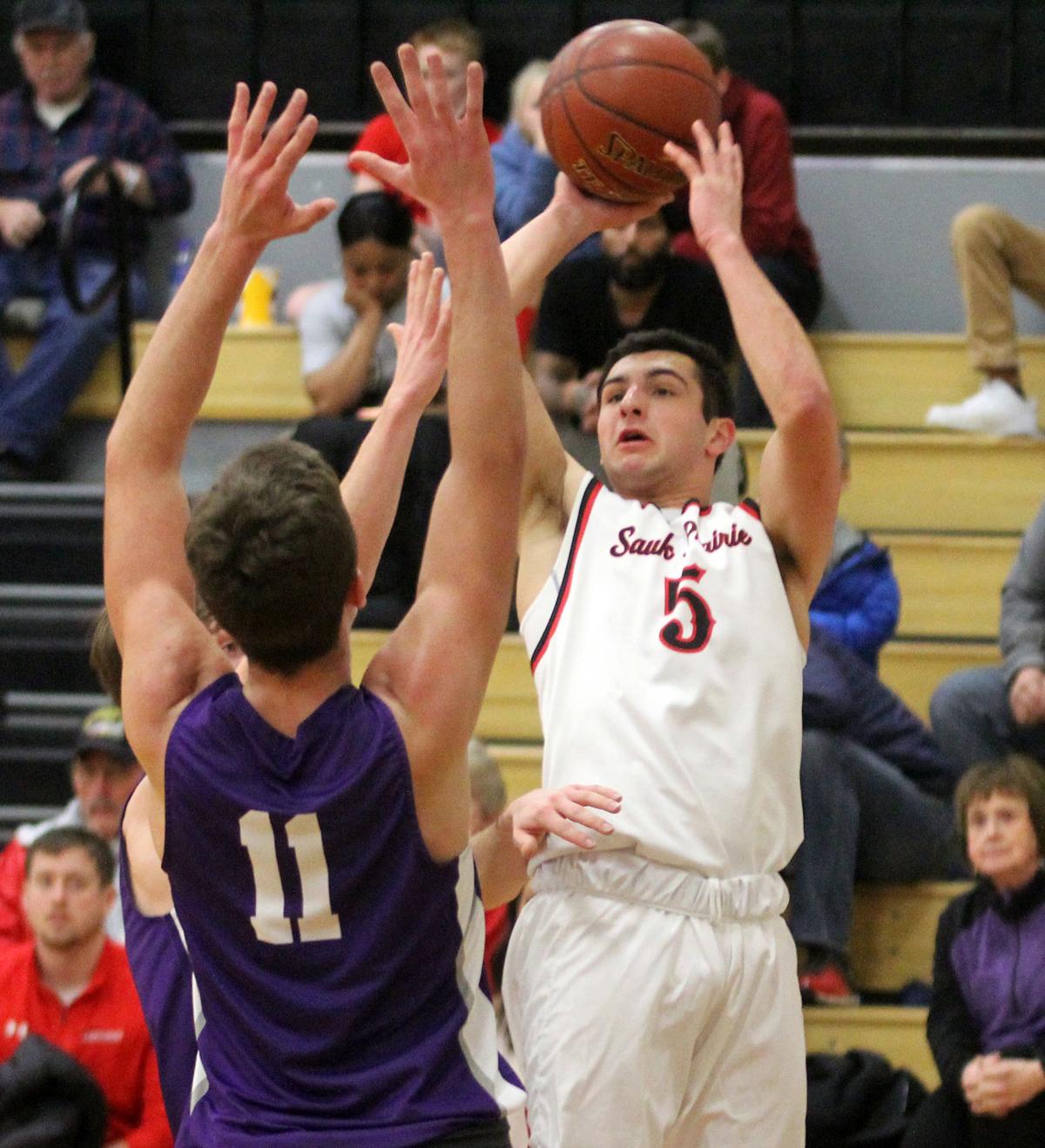 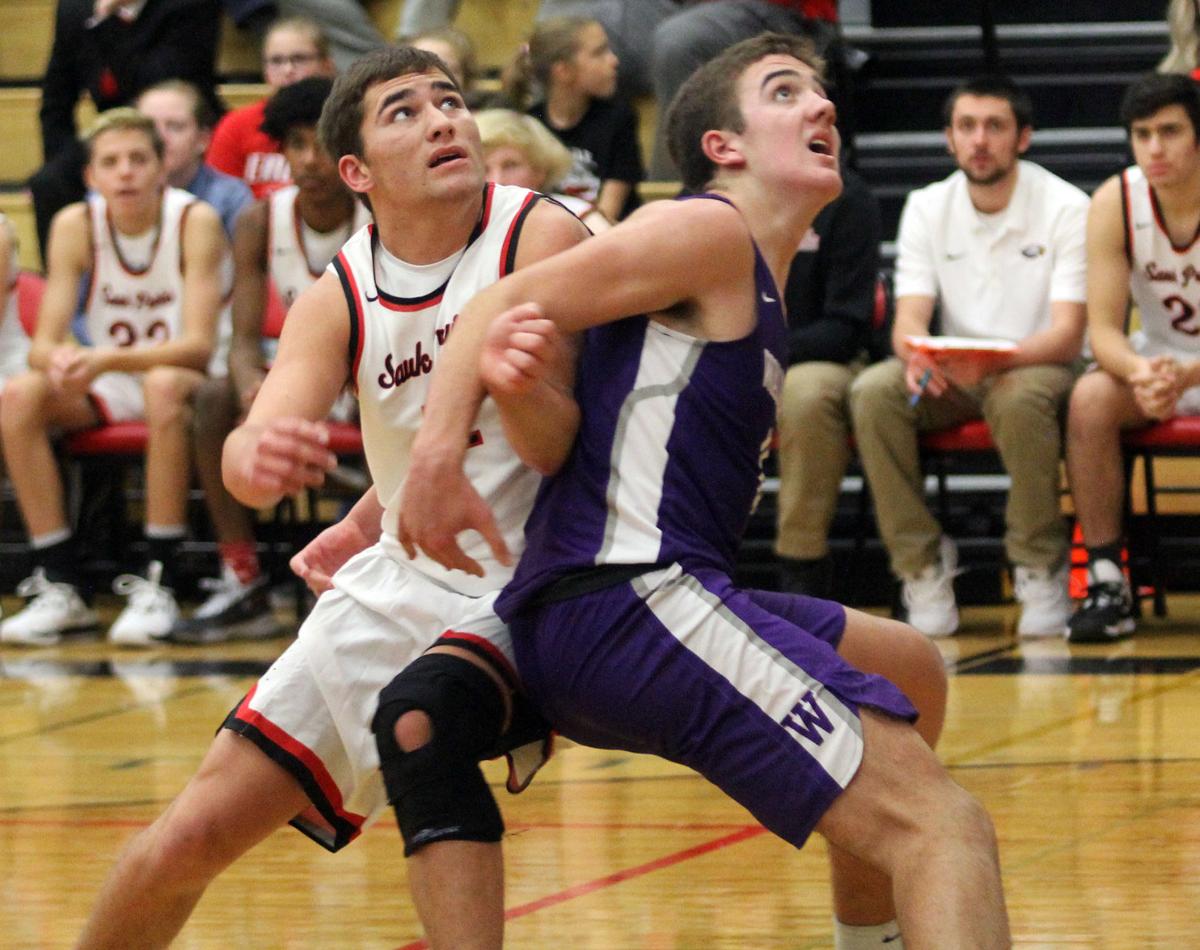 Sauk Prairie's Isaac Breunig (left) fights for a rebound during a home loss to Waunakee on Dec. 7. 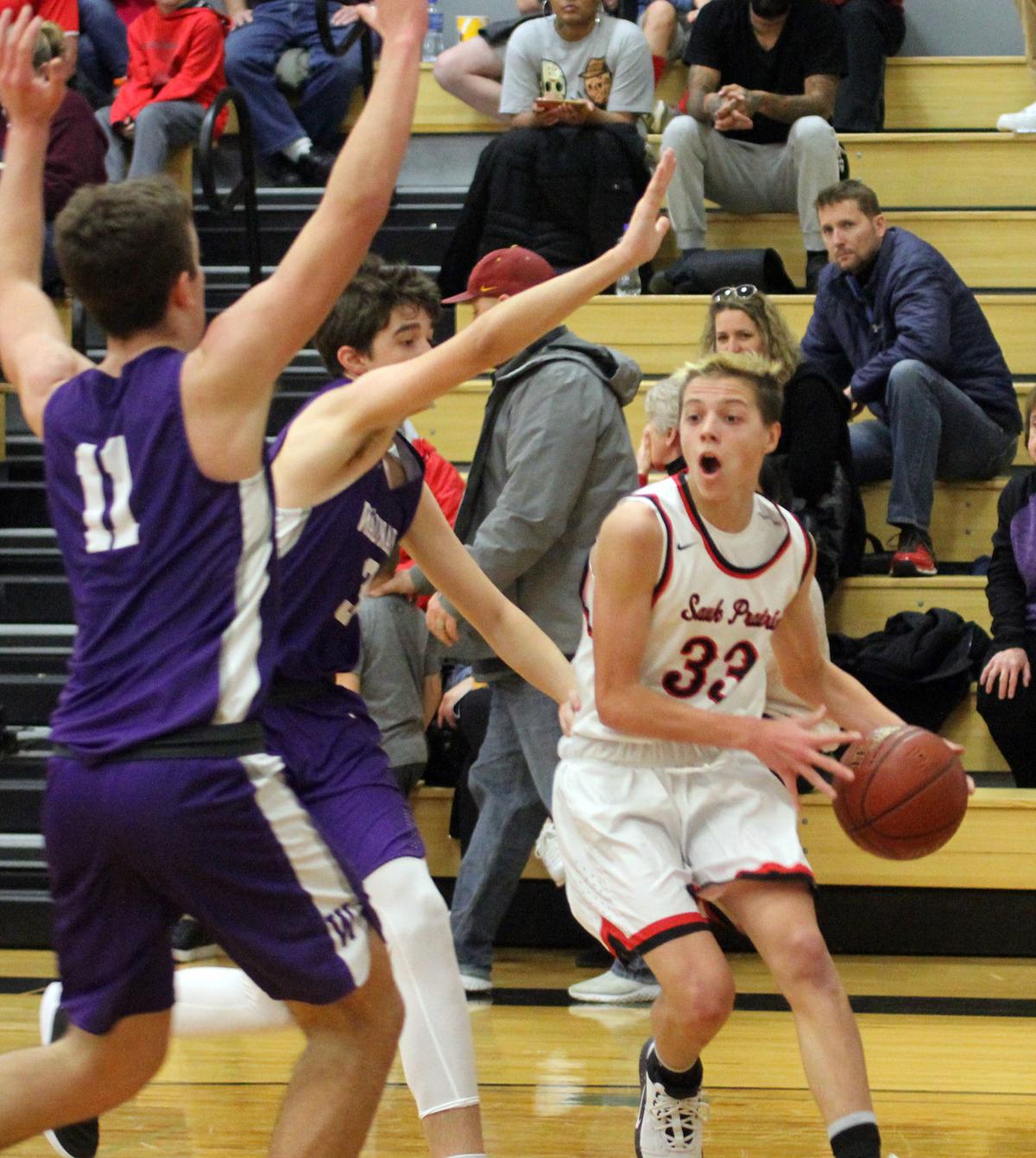 Sauk Prairie's Eddie Breunig attacks the basket during a home loss to Waunakee on Dec. 7.

The Eagles, who were without key contributors Ben German, Brandt Wilson and Garrett Hertzfeldt due to injury, struggled to score in a 56-37 home loss to the Warriors at Sauk Prairie High School.

“They have a lot of big bodies and players that play basketball in the offseason,” Sauk Prairie head coach Sean McGann said of Waunakee. “They play very physical and can shoot it well. ... Brandt, Ben and Garrett are all injured right now, which makes it very tough for us.”

Sauk Prairie started to find some flow offensively, as Parker Breunig and Trevor Spray made back-to-back layups before Breunig hit a 3-pointer. But the Eagles couldn’t slow Andrew Keller in that stretch. The Waunakee sophomore made two layups and a pull-up 3-pointer to give the Warriors a 27-11 lead with 5:25 to play in the first half.

The lead stayed stagnant from there, as Spray converted a three-point play to pull the Eagles within 35-18 going into halftime.

Sauk Prairie junior Isaac Breunig made a 3-pointer and scored on a drive in the opening minutes of the second half, but the Eagles couldn’t mount a comeback as they were held below 20 points in both halves.

Keller paced the Warriors with 15 points. Caden Hough made four of Waunakee’s nine 3-pointers to finish with 14 points.

The Eagles are also slowly playing themselves into the season, averaging just 41.7 points per game as the offense has struggled to get going. Sauk Prairie made just 11 field goals, including two 3-pointers, on Saturday.

“We are getting really good shots when we do get shots,” said McGann, whose team has also had issues with turnovers. “However, we are shooting a terrible percentage right now. We did not have a lot of kids that really worked on their jump shot this summer and right now it is showing. We are going to have to win games with our defense. We will get there.”

The injuries have kept Sauk Prairie from building chemistry through three games, although it should help build depth as the season progresses.

“Sam Drescher and Eddie Breunig have been forced into bigger roles,” McGann said of his sophomore guards. “They are obviously still adjusting to the speed of them game, but this will be good for them moving forward.”

Sauk Prairie's Isaac Breunig (left) fights for a rebound during a home loss to Waunakee on Dec. 7.

Sauk Prairie's Eddie Breunig attacks the basket during a home loss to Waunakee on Dec. 7.