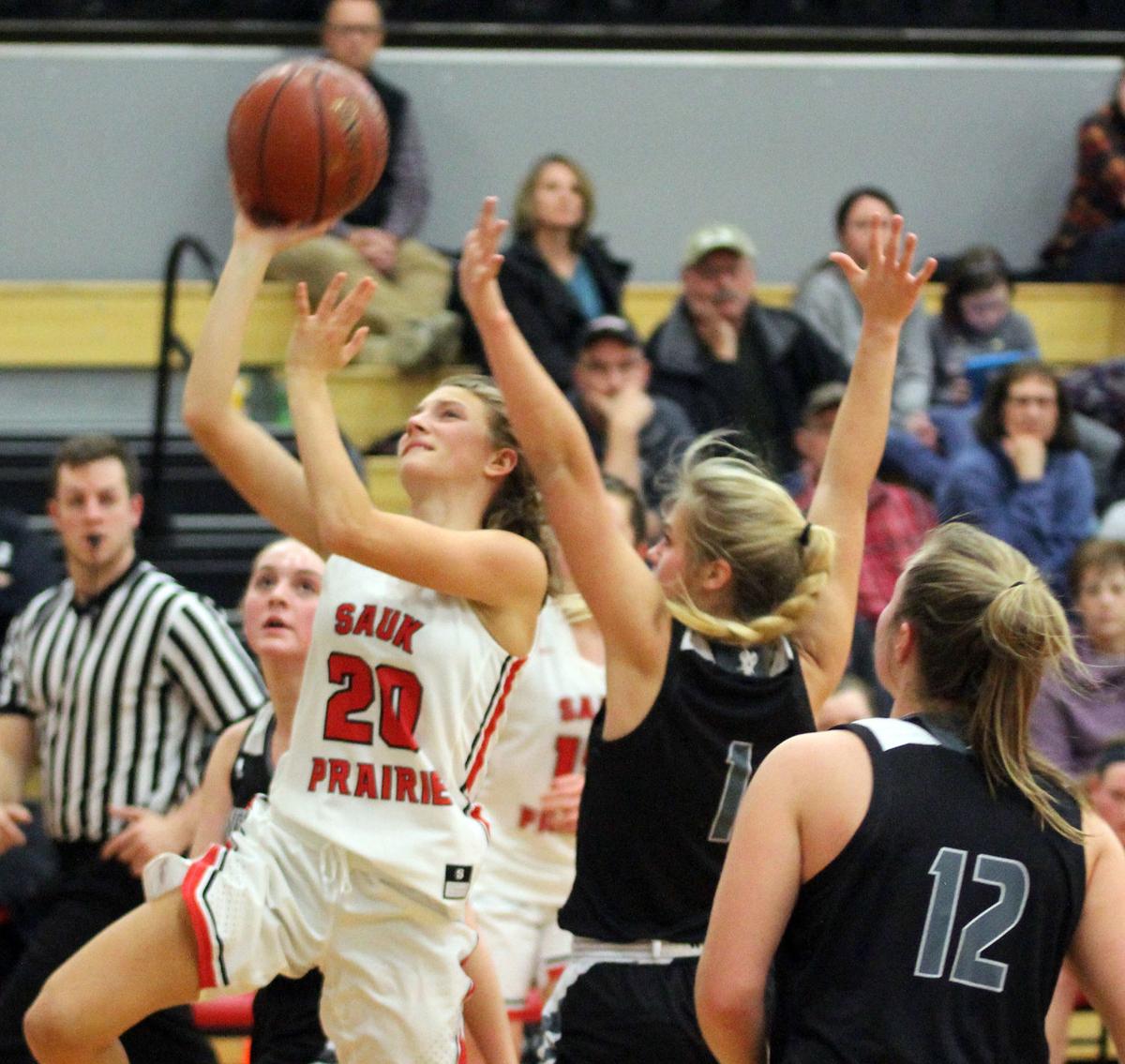 Sauk Prairie's Faith Holler goes up for a layup during a Nov. 21 home win over River Valley. 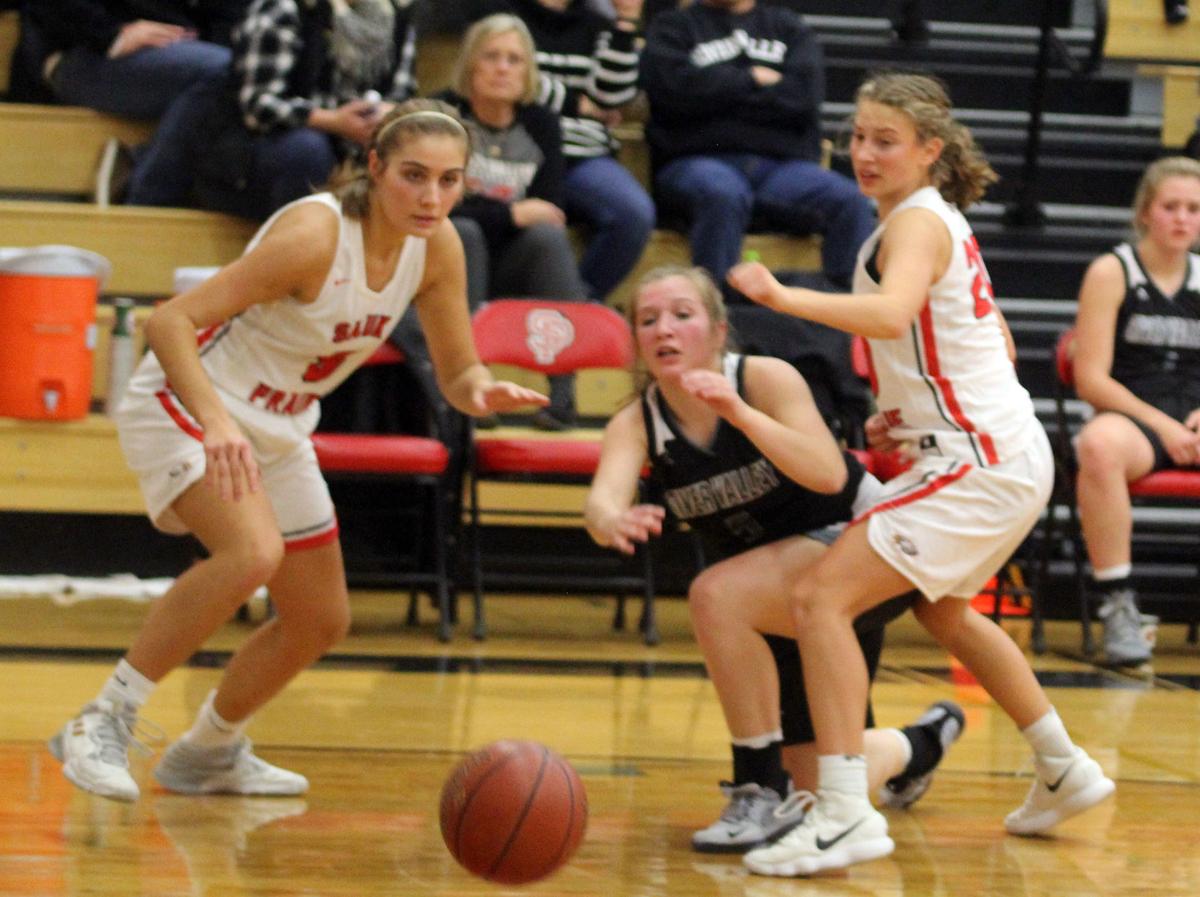 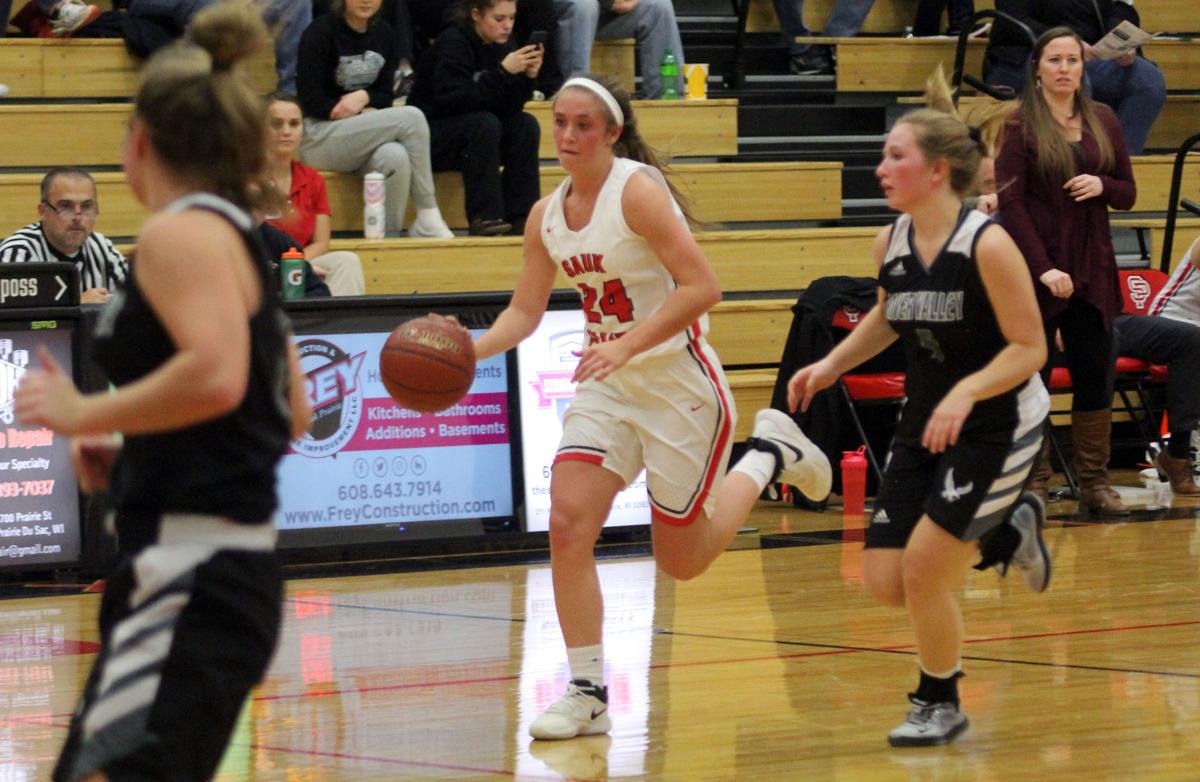 Sauk Prairie's Ella Schad brings the ball up court during a home win over River Valley on Nov. 21. 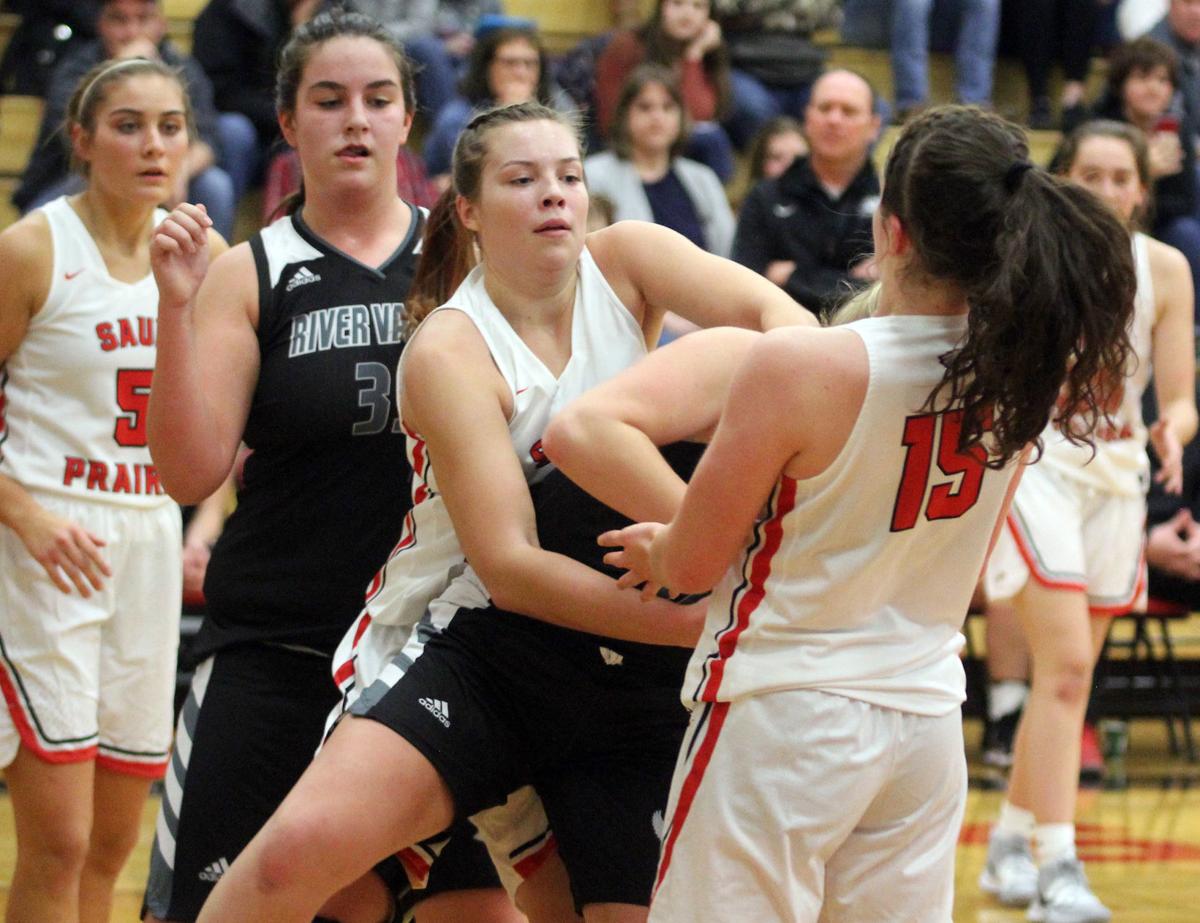 Sauk Prairie put the game away early, opening up a 33-6 halftime lead before cruising through the second half to improve to 3-0.

Naomi Breunig led the Eagles in scoring for the third straight game, finishing with a game-high 19 points to outscore Madison West by herself.

The Eagles gave up a season-low 18 points, lowering their opponents’ average to 31.3 points per game.

The defense abandoned the Eagles on Tuesday, as they gave up 53 second-half points in an 83-62 home loss to Lake Mills.

The Eagles took a 33-30 lead into halftime before falling behind in a matchup of previous unbeaten teams.

Sauk Prairie (3-1), which entered the night having given up 94 total points in three games, allowed Lake Mills (4-0) to make 29 field goals and 21 free throws.

Sauk Prairie will carry a 3-1 record into Friday’s Badger North Conference opener against Reedsburg. The Eagles were swept by the Beavers last year, suffering a 62-45 road loss and a 73-56 home loss.

Sauk Prairie's Faith Holler goes up for a layup during a Nov. 21 home win over River Valley.

Sauk Prairie's Ella Schad brings the ball up court during a home win over River Valley on Nov. 21.