Micah Potter had been in Wisconsin less than a week in December 2018 and felt somewhat like a fish out of water.

After joining the University of Wisconsin men’s basketball program as a transfer from Ohio State, Potter was navigating unfamiliar surroundings. He was getting used to new coaches, new teammates and a new campus.

In the midst of it all came something else that was new: a relationship with someone he’d quickly discover was the woman of his dreams.

“In a situation that was so unsure,” Potter says now, some 20 months later, “something came out of it that was so sure.”

As far as Potter is concerned, the same can be said about what’s been a bizarre five months since his junior season with the Badgers ended abruptly due to the COVID-19 pandemic. Most of the team finally reconvened in Madison last week to begin offseason workouts, but there’s no guarantee a veteran group that includes Potter and five other seniors will get a chance to take the court for the 2020-21 season.

But there was one thing Potter could be sure of during this offseason of uncertainty: He was going to ask Elle Van Grinsven to marry him.

Potter says he knew that day was coming within 72 hours of meeting Van Grinsven, who was a star volleyball player at Wisconsin Lutheran High School and now plays at Loyola in Chicago. A mutual friend at Ohio State had set up the two, and they immediately clicked shortly after Potter arrived at UW.

“And then, obviously, I thought she was absolutely gorgeous. I’d only seen pictures at that point, but she was stunning” in person.

Little did Van Grinsven know it at the time, but Potter was already plotting a future that included her.

His first step? Saving money to purchase a ring. The advantage to living alone in a studio apartment that first season on campus at UW was that he could control the utilities: He went without heat in the winter and air conditioning in the summer to cut costs.

During breaks between watching movies with Brevin Pritzl over that first winter break, Potter would giddily tell his teammate that Van Grinsven was “the one.” Even though Pritzl was no stranger to commitment — his high school girlfriend, Joelle Stewart, is now his fiancée — he encouraged his new friend to pump the brakes just a tad.

“He was like, ‘Whoa, man, I’m happy for you, but don’t make that decision too quickly,’ ” Potter said. “But it was just funny because three days (into the relationship), I pretty much knew.”

Potter had plenty of time on his hands after the season came to a shocking end in March, right after the Badgers had clinched a share of the Big Ten regular-season title and just as they were set to begin play in the conference tournament. Soon after, UW courses were moved online and Potter left campus to return home to Ohio.

At that point, Potter knew it was only a matter of time before he’d propose to Van Grinsven. It was just a matter of finding the right time and place.

By early spring, Potter had decided on both. His family was planning a trip to Utah to celebrate his aunt’s 50th birthday and, with her permission and help, Potter began work on an elaborate scheme that he managed to keep a secret from Van Grinsven.

During a trip to Wisconsin to visit his girlfriend for a week in the spring, Potter took advantage of Van Grinsven leaving her home in Franklin for a physical-therapy session by pulling aside her parents to ask for their blessing. He also invited them to Utah so they could be there when he proposed to their daughter.

The day finally arrived June 26, and Potter spent the first part of that Friday with Van Grinsven and his family at a reservoir outside Park City. Surrounded by mountains, the group relaxed on a pontoon boat and rode Jet Skis.

That evening, they went out to dinner. Afterward, Potter bought some time by taking Van Grinsven to a chocolate shoppe while the rest of the group returned to the home in which they were staying.

When Potter and Van Grinsven got back, he walked her down the side of the house to a patio with a picturesque view. There were pictures of the couple set up and flower petals on the ground. Potter had arranged for a photographer and videographer to document the moment he got down on one knee and proposed to Van Grinsven, who said yes.

Van Grinsven was so caught up in the moment that she didn’t notice there was a crowd watching from the balcony above. Potter had to point out to her that the group included her parents, who had arrived in Utah that day without their daughter knowing.

Six weeks later, Potter is still amazed he was able to pull everything off without a hitch.

“Something is always bound to go wrong with those things, and nothing did,” he said. “She had no idea. It was just perfect.”

These days, Potter finds himself in a somewhat helpless situation. He can plan for his final season with the Badgers, but ultimately the outcome is out of his control as the pandemic rolls on.

UW returns almost its entire rotation from a team that won its final eight games to finish 21-10. It’s considered not only a favorite in the Big Ten but potentially a top-10 team nationally.

But will the Badgers, deep and experienced, get a chance to finish what they started last season?

Potter is keeping a close eye on what happens with the college football season. Beyond that, there’s not much he can do but get ready for a season he hopes takes place.

For Potter, that means doing what he can to improve his game and build off last season. The Badgers went 16-5 after he became eligible, with Potter averaging 10.1 points and a team-high 6.2 rebounds per game during that run.

The 6-foot-10 forward started only three games but nevertheless had a major impact, particularly for an offense that had struggled with consistency. Potter added a spark by shooting 45.1% from 3-point range and 86.0% from the free throw line, and his toughness helped UW in another area of need.

While he struggled initially on the defensive end, Potter got better with more reps. His presence helped reduce the workload of Nate Reuvers, who had spent the first 10 games of the season as the only true big in the Badgers’ lineup.

“The biggest thing for me was just experience,” Potter said. “I had never played in the Wisconsin system defensively and offensively, so it was just getting used to all of that.”

Much was made early in the season about Potter’s battle with the NCAA. The organization denied multiple appeals filed on Potter’s behalf by UW, which argued that his case was unique and he shouldn’t have had to sit out the two semesters typically required per NCAA transfer rules.

In the end, the NCAA never budged. But UW coach Greg Gard said over and over that he was impressed how Potter handled the situation, both publicly and privately.

Potter gives part of the credit to the woman he loves, the person who entered his life during a period of transition and has been a rock ever since. It’s why he’s convinced he wants to spend the rest of his life with Van Grinsven.

“She was a big part of why I was able to handle it the way that I did just because she’s so encouraging,” Potter said. “She just makes me happy all the time, whenever I’m around her.”

Get to know the Wisconsin Badgers' 2020 basketball scholarship recipients

Get to know the Wisconsin Badgers' 2020 basketball scholarship recruits 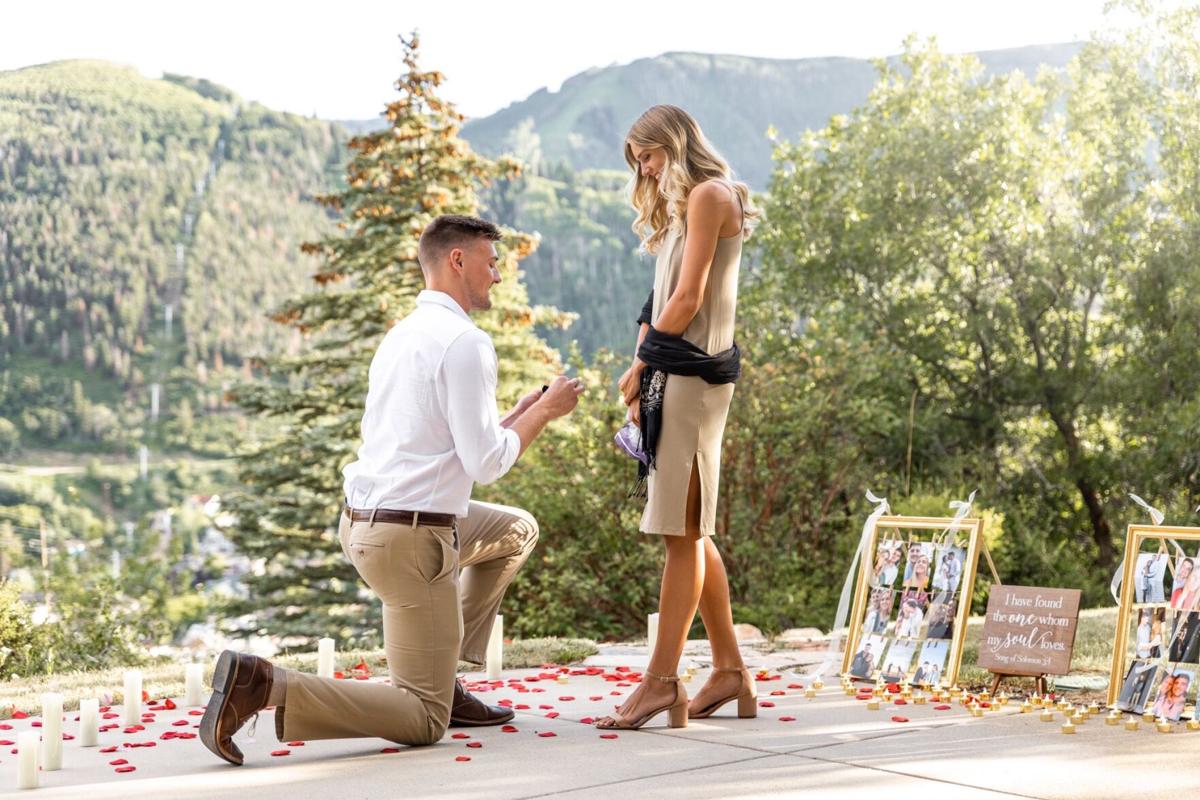 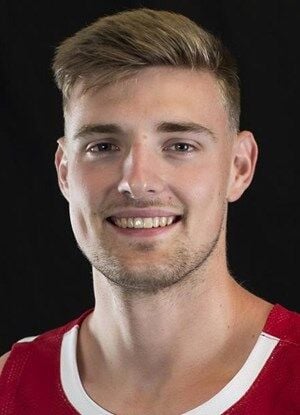