The late-starting Big Ten Conference football season will have an unprecedented scheduling model.

League teams will play eight regular-season games (four home, four away) in eight weeks, according to University of Wisconsin athletic director Barry Alvarez, and all teams will play a ninth game the week of the conference championship game.

The schedule has not been released in full, but is expected in the coming days after the conference finalizes crossover games between its divisions. It will open the weekend of Oct. 23-24, and the Big Ten Championship Game will be Dec. 19. The winners of the Big Ten East and West Divisions will play in the league championship game, and the teams who finish second, third, and so on in each division will also play each other.

Alvarez, who was the football scheduling chair of the conference’s return-to-competition task force, said during a news conference Wednesday that the extra game is intended to make the season “meaningful.”

“You have a number of players who are trying to make a decision whether they’re opting in or opting out, so we wanted to make it a meaningful season for all of them,” Alvarez said. “Nine games was what we felt was very meaningful. Very unique on how we decided on playing the ninth game.”

The ninth game on the schedule may be adjusted from the announced format to avoid rematches from this season, Alvarez said. Where those ninth games will be played has yet to be determined.

During the press conference, Penn State athletic director Sandy Barbour said that no public ticket sales will be held across the conference due to the COVID-19 pandemic. Only parents of players and coaches will be allowed in the stands at games, Alvarez said. This could become a point of contention, as some states, like Nebraska, have less restrictions on crowds and have stated the desire to host fans.

“We are looking to see what we can do on a campus-by-campus basis to accommodate the families of our student-athletes, both home and away, as well as the families of staff,” Barbour said.

The conference has worked with television partners Fox and ESPN in its scheduling process, and Alvarez said those entities asked the conference to be flexible with games.

“One of the things that they asked (was) that we have flexibility in our scheduling as far as playing possibly on Friday prime time, maybe even on a Monday at some time,” Alvarez said. “We agreed that we would be flexible in our scheduling.”

The Big Ten later clarified that Monday games were an option for a winter season, but not for the modified fall season.

Playing nine games in nine weeks serves two purposes, Alvarez said. First, it allows Big Ten teams to be considered for the College Football Playoff, the field of which is to be revealed Dec. 20. Second, conference teams not chosen for the CFP will be able to participate in the bowl season, assuming there is one this December-January.

One proposal submitted to the Big Ten Council of Presidents and Chancellors called for the season to start on Oct. 17 and featured an open date, which could have served as a make-up date if a team is unable to play due to positive COVID-19 tests. But Alvarez said the COP/C opted for extra time before the season began to get all of the needed processes in order.

“We presented four different schedules … One did have an open date. It started on the 17th, there would’ve been a bye date on everyone’s schedule. Our COP/C decided another week to answer more questions allowed us to be prepared better,” Alvarez said.

Daily, rapid antigen testing will begin for every team will begin as soon as possible, but no later than Sept. 30. UW will adopt the Big Ten’s approved testing format along with continuing its own procedure that uses a saliva test developed by UW researchers, Alvarez said.

Dr. Jim Borchers — Ohio State’s head team doctor and the return-to-competition task force’s co-medical chair — said the daily testing component has him confident that the season can be played without postponements.

“From our protocol, obviously, we’re going to continue to learn moving forward. We believe that it’s a safe protocol, and it’ll allow us to complete this season,” Borchers said. “Certainly we know that (nine games in nine weeks) is a significant number of games, but that’s been done in the past.”

Other than football, Big Ten fall sports appear to be on track for spring

Alvarez said it has not yet been determined if a game would be considered a forfeit if a team cannot play due to COVID-19 positivity rates.

Practices for Big Ten teams can begin immediately, Alvarez said, but UW has to confer with its medical staff before it can return to the field. The Badgers football and men’s hockey team were put on a two-week team activities pause on Sept. 9 due to COVID-19 test results, which meant the earliest they could practice again was Sept. 24.

But Alvarez said that might not be the case.

“I will get with (UW coach) Paul (Chryst) and our doctors to decide that, and they’ll make that determination,” he said.

The Big Ten’s protocols state that teams with a rolling seven-day average of players’ COVID-19 positivity rates between 2-5% must enhance COVID-19 prevention by altering practices or meetings. If a team’s rate is higher than 5%, it must shut down of practices and games for at least seven days. Those thresholds increase to 3.5-7.5% for adjustments and 7.5% for a shutdown when including the coaches, trainers and staff around the team.

The thresholds go into effect when a team begins daily testing, a Big Ten spokesman said.

Any player who tests positive must sit out at least 21 days, which Borchers said was determined out of “abundance of caution,” and allows for the necessary cardiac testing to be performed and for a seven-day acclimation period before returning to training.

Alvarez believes the Badgers and other players can be accountable and avoid the outbreaks occurring on Big Ten campuses.

“We’ll ask them to be leaders,” Alvarez said. “For the rest of the campus and our community, and take the responsibility that they have to have not only to play, but to make our community and our campus a safe place.”

Badgers fans weigh in on the return of Big Ten football

Dancing up a storm

Sure, they can. Not sure if they will change their minds, but the only thing that would make them ineligible is if they signed with an agent or something like that.

This is a terrible idea that's putting hundreds if not thousands of students, coaches, trainers, and assistants at risk. How can they justify it when cases are spiking in nearly every B1G college town?

Still work to do

That's my birthday, that first game. They need me in the stands because they've never lost when I've attended a game on my birthday. Take Ohio State, for instance. Opening Kickoff return game. Once have my field pass, I'll tell you what I think of the resumption of UW football.

Put to the test

Glad our team gets a chance to compete. Medical details seem well thought out. I’d rather have them monitored daily than not playing, get COVID and don’t know it and have issues next year from an undiagnosed heart condition.

Happy for the players and coaches who want to play. Very concerned that this is going to blow up. UW is quarantining dorms. Not sure how this will be any different.

I hope all possibilities have been considered and precaution is on high alert. The odds of this to successfully run start to finish is long and players health and safety should be priority #1!

It seems like the rest of the sports world is managing their way through things, it’s not perfect, but if HS and Pro’s are doing it, so can college football.

We have a long way to go before football is played in the B10. Only takes 5% of the 106 person roster to shut it down, thats a small number.

Just parents and coaches in the stands anyways so may as well enjoy the games in TV, etc. 😷

They caved under the pressure. I thought they made the right decision to postpone. Don't get me wrong I'm psyched to watch football I just thought the health concerns were valid.

Was inevitable when other conferences started playing. Cannot cede any ground if you’re the big 10 brass.

Pad them up or recruits will go south.

At least the students won't be late to games.

I hope this bodes well for basketball.

Back to the grind

I hope everyone stays safe and healthy

Along for the ride

Something to smile about

And I just can't hide it

This story will be updated.

Ex-UW quarterback Brooks Bollinger reflects on his time with the Badgers, the NFL and life after football.

Big Ten Commissioner Kevin Warren doesn’t have the power to unilaterally start the season — the Big Ten Council of Presidents and Chancellors would need to vote again to do that.

Van Lanen was one of 12 Big Ten Conference players to make either the first or second team.

Get the latest updates on the Big Ten Conference's plan to start the football season in October amid ongoing COVID-19 coronavirus concerns.

UW Chancellor Rebecca Blank on football's return: 'We’re all going to move together in the Big Ten'

The Badgers' representative on the Big Ten Council of Presidents and Chancellors says all teams will play this fall or none will.

Starting the football season would be a stunning reversal of the conference’s Aug. 11 decision to shut down football and all fall sports because of concerns about the COVID-19 pandemic.

Assistant athletic director for sports medicine Michael Moll said that organizing buses and flights will be a challenge even with the introduction of daily rapid testing for the Badgers' entire travel party.

Other sports leagues have shown games can be played and played safely if people follow the rules.

The full Big Ten Council of Presidents/Chancellors will vote in the next 72 hours regarding the conference’s return-to-play plan. 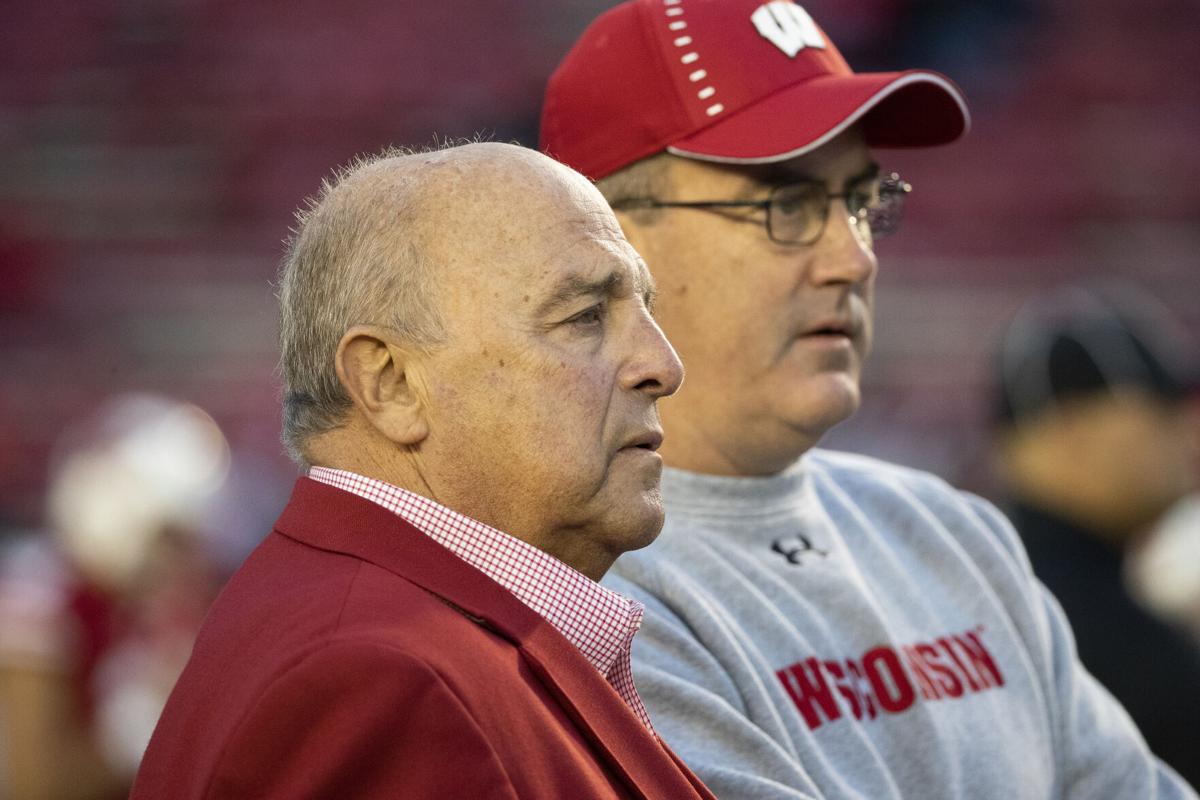 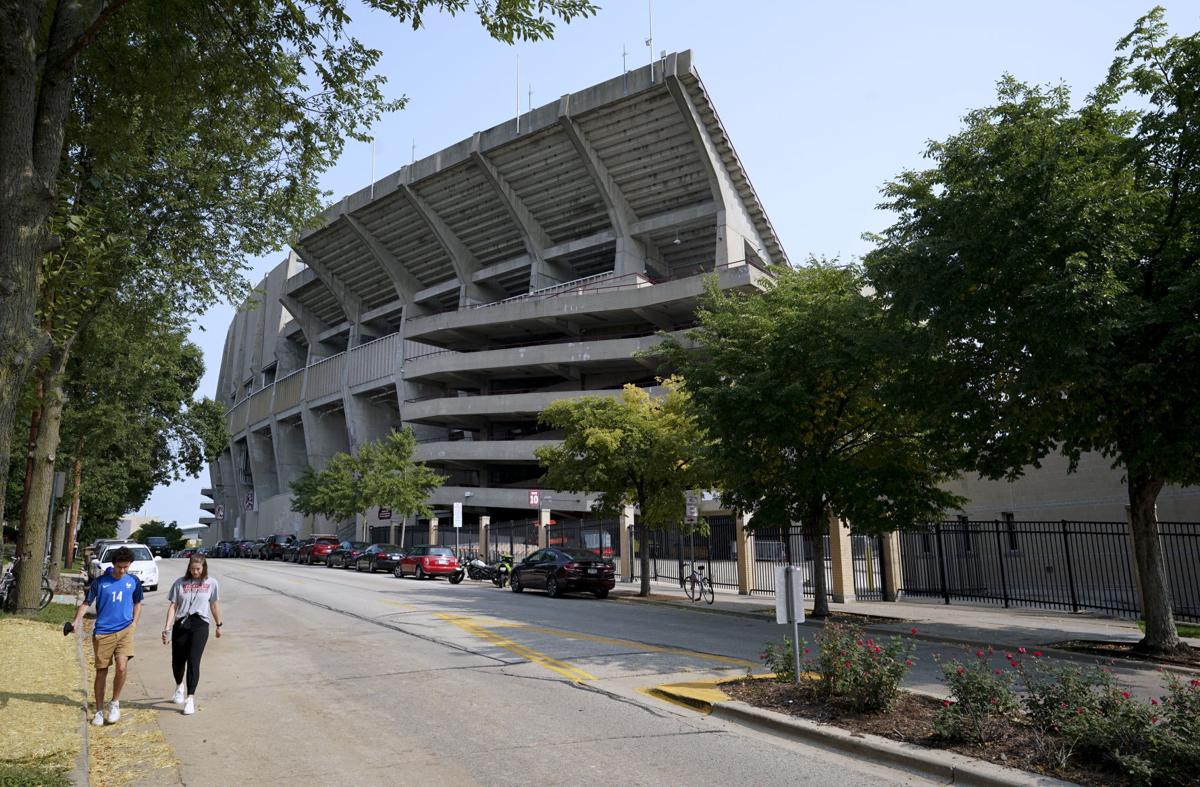 Football will be played inside Camp Randall Stadium this fall, as the Big Ten announced Wednesday that the season will begin the weekend of Oct. 23-24.