The University of Wisconsin football team spent Sunday parsing through the mistakes that cost them a chance at a signature win the day before against Notre Dame.

There were a number of them — five turnovers by the Badgers’ offense led to 31 points for the Irish and a handful of coverage lapses marred what was a good performance by the defense.

But both units weren’t helped much by UW’s special teams against Notre Dame, a trend that can’t continue if the Badgers (1-2) hope to get their season back on track Saturday when No. 14 Michigan (4-0) comes to Camp Randall Stadium.

“Obviously there’s things that we’ve got to improve upon,” UW coach Paul Chryst said Monday. “If you say themes of the first three games, particularly offensively and special teams.”

The most obvious special teams lapse was the fourth-quarter kick return touchdown by Notre Dame’s Chris Tyree, which put the Badgers behind 17-13 one play after they’d taken the lead for the first time in the second half. Tyree’s 96-yard return was the first touchdown given up by the UW kickoff unit since 2011 and it was the result of a change in what the Irish were doing with their kick return.

Notre Dame coach Brian Kelly said the shift from returning the ball up the sideline to sending his returner toward the middle of the field increased the risk for holding penalties, but also gave Tyree more space to make a play. UW sophomore kickoff specialist Jack Van Dyke’s kick was into the right sideline, attempting to limit the space he had to work with and the coverage flowed that way. By the time Tyree got to the 20-yard line, eight UW players were between the hash marks and the sideline.

Tyree cut up the middle of the field past diving tackle attempts by Van Dyke and Tatum Grass, and was gone. The Badgers were without core special teams players like linebacker Mike Maskalunas and safety Tyler Mais — both were unavailable, but UW’s status reports don’t list reasons why — but it’s hard to believe just having that pair on the field would’ve stopped Tyree.

UW could eliminate opponents’ return chances all together by kicking the ball into the end zone, but Van Dyke hasn’t been able to do that consistently. Van Dyke recorded touchbacks on 16 of 34 kickoffs (47.1%) last season and is up to 8 of 14 (57.1%) this season. That touchback rate is 10th in the Big Ten, and six of Van Dyke’s came against Eastern Michigan, which didn’t try to return kicks near the goal line.

Putting an opponent at its 25 allows UW’s stout defense to work with a full field — UW has allowed one touchdown drive of more than 60 yards this season.

Chryst said Van Dyke is still working into a rhythm on his kickoffs after a right leg injury he suffered in training camp. Van Dyke missed nearly two weeks of practices open to reporters with the injury, but he has started each of UW’s games as the kickoff specialist.

Down 10-3 in the second quarter, UW’s defense forced a three-and-out and Notre Dame was punting from its 19. Jay Bramblett launched a great punt that landed at the UW 30, but because punt returner Dean Engram allowed the ball to go over his head, it bounced and rolled to the UW 9.

That’s 21 yards lost for the offense. Instead of having a chance to cut into the lead before half in decent field position, UW tried to run out the last 2 minutes, 8 seconds.

4 observations after rewatching the Badgers loss against Notre Dame

The ball landed 10 yards in front of the nearest defender, so Engram could’ve had a chance for a return or at the very least a clean fair catch. Chryst said in hindsight, catching the ball would’ve been better, but defended Engram’s choice.

“There’s always that fine line of ‘Do you feel confident catching it?’ You have to, otherwise you shouldn’t,” Chryst said. “But certainly knowing how that played out, that was a significant bit of yards that we lost. You’ve got to let guys play, right? You put them out there, you’ve got to trust them and they have to trust themselves.”

Senior receiver Jack Dunn made the same mistake in the third quarter after UW had tied the game at 10 and the defense forced another three-and-out. He allowed a punt to bounce next to him at UW’s 34, but it rolled only 4 yards to the 30.

Jim Polzin: The Wisconsin Badgers' failure to finish against good teams has become the program's identity

Engram said during training camp that the punt return unit was preparing to be more aggressive this season, but so far that hasn’t come through in games.

Michigan punter Brad Robbins isn’t booting the ball far, with an average punt of 43.2 yards, and the Wolverines have allowed just two of Robbins’ 11 punts to be returned. Catching the ball, even for no return, will be crucial.

“In all of this … you’re always going to go back and say, ‘Boy I wish I wouldn’t have, wish I would have.’ We don’t get to live in a should-have, could-have world,” Chryst said. “I think you absolutely want and need your players to trust themselves and we’ve got to help them understand it and go so they can trust themselves.”

Badgers in the NFL: Check out which former UW stars made NFL rosters

As NFL teams made final cuts to their rosters this week, 23 former University of Wisconsin players are on teams' 53-man rosters.

Badgers roster breakdown: Everything you need to know about every position on Wisconsin's football team

As the University of Wisconsin football team prepares to kick off the 2021 season, the Wisconsin State Journal is offering an unprecedented in…

Get to know the Wisconsin Badgers' 2022 football recruiting class

Columnist Jim Polzin asked Badgers fans on Twitter what they thought about No. 18 Wisconsin's 41-13 loss to No. 12 Notre Dame on Saturday at S…

With the University of Wisconsin football team taking on Notre Dame for the first time in 57 years, Saturday's game at Soldier Field in Chicag… 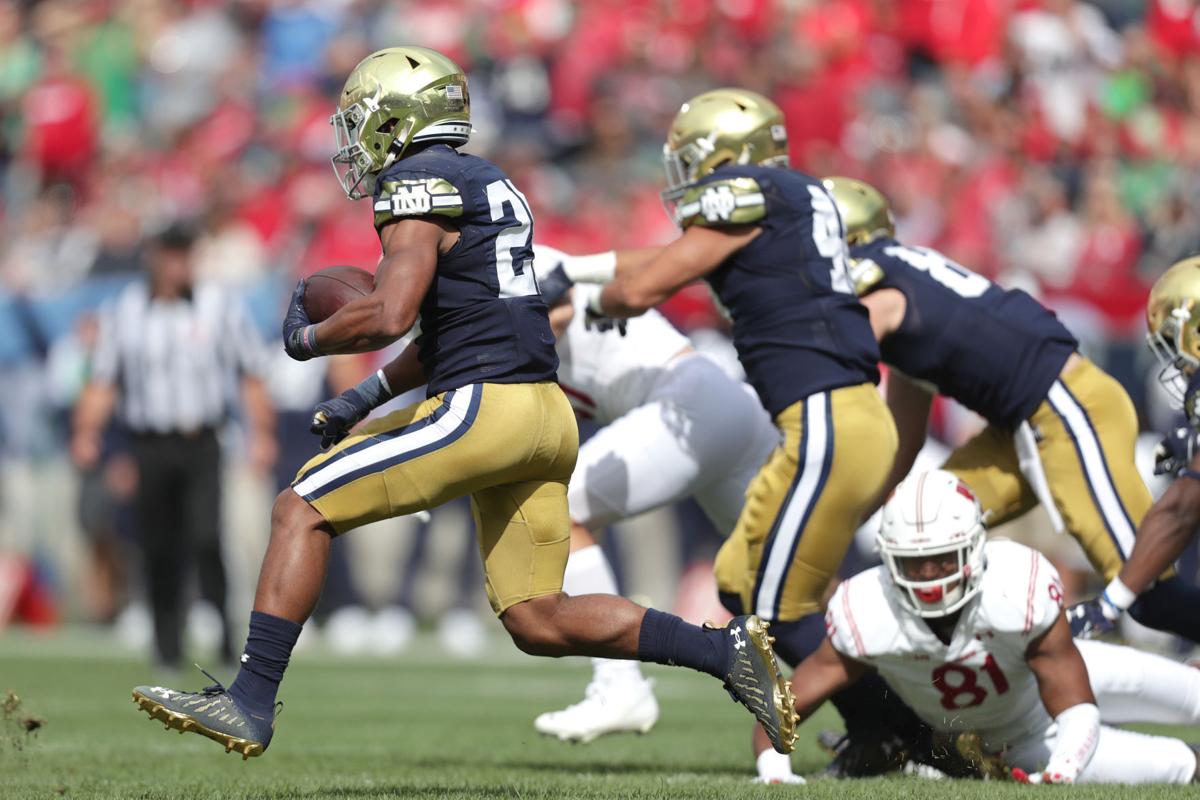 Notre Dame's Chris Tyree finds a big lane during his 96-yard kickoff return for a touchdown against UW on Saturday. 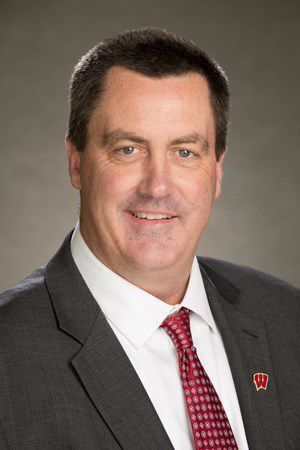