As the keep-away exercise extended to an almost absurd length Saturday night, the crowd inside the Kohl Center recognized what the University of Wisconsin men’s hockey team was accomplishing and roared louder.

“Being over break, I wasn’t expecting the crowd to get that loud,” Miller said, “especially for a keep-away game.”

The Badgers killed off the majority of what was due to be a three-minute Michigan State power play in the first period Saturday by using a series of evasive passes, a couple of threatening rushes up the ice and some timely personnel changes.

It was a footnote in UW’s 3-1 victory over the 20th-ranked Spartans, but a memorable one because of the rarity of the length that the Badgers kept the puck off their opponent’s sticks.

“That was probably the smartest segment of our season as far as recognizing the situation — and doing it on the fly,” Granato said.

After the teams played at 4-on-4 for two minutes following a major penalty to UW’s Sean Dhooghe for head contact and a slashing minor to Michigan State’s Butrus Ghafari, the Spartans were left with an unusual three-minute power play in a 1-1 game.

They attempted one shot, which UW defenseman Josh Ess blocked, over the first 55 seconds of the advantage. Ess then drew a slashing penalty on Spartans center Patrick Khodorenko, which stayed delayed while the Badgers held possession of the puck.

“We saw the (referee’s) hand go in the air and we had the puck,” Kalynuk said. “The bench was screaming right away, too. That was a pretty good indicator. Once K’Andre and I started moving it back and forth, I think everyone realized.”

Delayed penalties typically last for a few seconds, maybe extending to a half-minute if a team works the puck around well with an extra attacker on the ice before the opponent gains possession to stop play.

With the Badgers on the penalty kill before the delayed penalty, their incentive to extend the play as long as possible was to decrease the amount of 4-on-4 time after the whistle and give themselves longer on a power play.

Nine players touched the puck at some point as new personnel took turns hopping over the boards, and the Badgers stretched things for nearly two minutes. Miller and Kalynuk were responsible for running off more than 30 seconds each, some of it spent looping around their empty net.

“It was just a shift and a half,” Miller said. “The crowd was really keeping us in that game. I looked over at the bench one time when I had the puck behind the net, and everyone was just jumping up and down, excited. So it’s a good thing to see all the boys excited and cheering you on. It was a fun experience being out there.”

Michigan State had to respect the potential for the Badgers to surge forward in an attempt to score — and Owen Lindmark, Alex Turcotte and Dylan Holloway each made at least the start of a rush up ice before sending the puck back into the UW zone for more time killing.

“I think that’s why it worked, actually,” Kalynuk said. “We were keeping it away from them but we also made it seem like we were going to take a chance.”

It ended when Michigan State’s Logan Lambdin finally won the puck away from Miller behind the goal line, drawing the whistle.

Granato said the sequence was emblematic of the way the Badgers played Saturday in securing a split of the Big Ten Conference series. Pulling the puck back to waste time wasn’t something UW coaches had instructed the players to do, but they made good decisions in real time.

“I don’t want to say, OK, we just grew up and became a much more mature team, but it was certainly a step in the right direction of recognizing that,” he said.

Defensemen Ty Emberson and Mike Vorlicky and forward Max Zimmer all practiced Monday, including a taxing skating drill, after missing last weekend’s games with lower-body injuries. The Badgers are hoping all will be available for games Friday and Saturday at Notre Dame. ... Forward Linus Weissbach sat out Monday; he was slowed briefly early in Saturday’s game after blocking a shot.

Video Coordinator and Assistant Director of Hockey Operations Emily Engel-Natzke explains how she breaks down video, plus how a subtle defensi…

The Badgers split with Michigan State at the Kohl Center last weekend and now travel to South Bend to take on Notre Dame. We also go 2 Minutes… 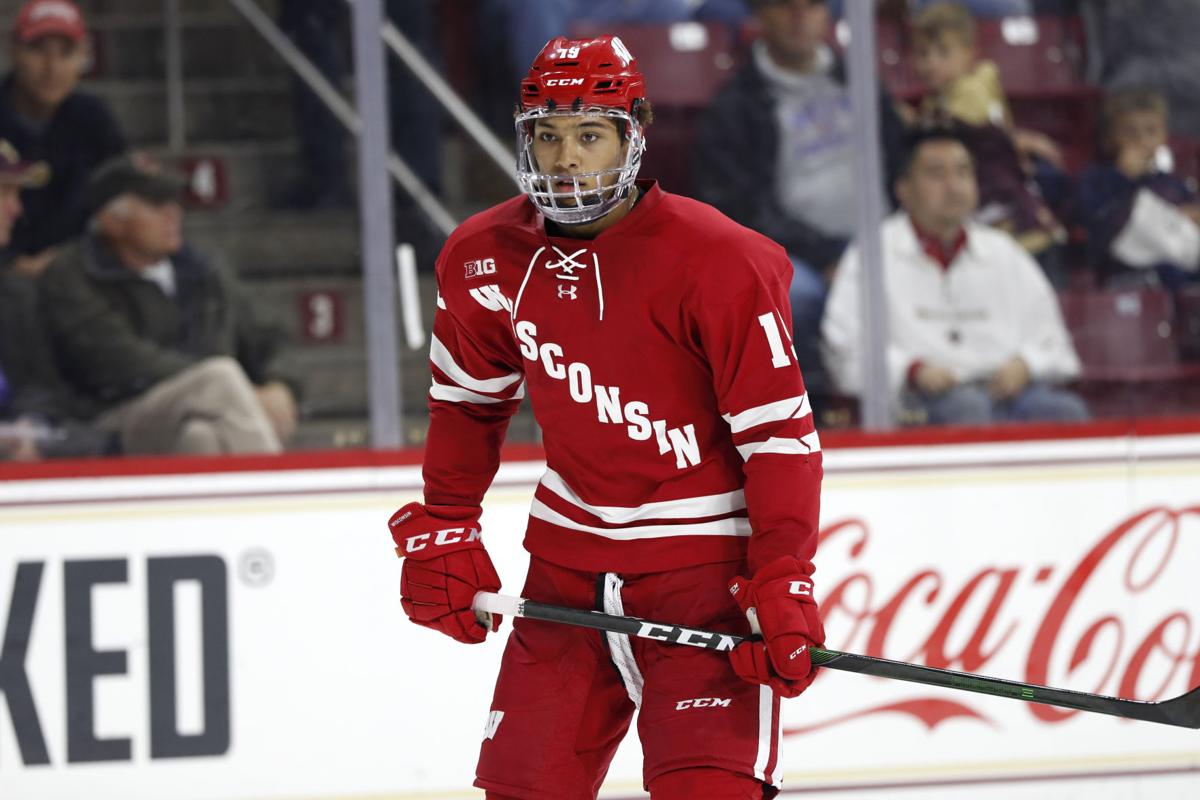 Badgers defenseman K'Andre Miller killed more than 30 seconds of a Michigan State power play during a delayed penalty Saturday. "It was a fun experience being out there," he said. 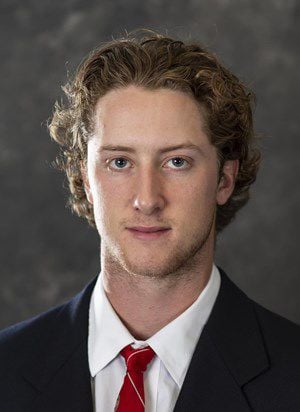