Not marriage, although the Green Bay Packers all-pro and Pro Bowl left tackle’s romantic open-water proposal to longtime girlfriend Frankie Shebby over the Fourth of July weekend did go viral on social media.

No, it’s the relationships he has in the Packers offensive line room — assuming he and his line mates are in fact able to gather in that room amid the NFL’s social-distancing protocols in team facilities — that are evolving.

In the wake of veteran right tackle Bryan Bulaga’s free-agent departure in March, Bakhtiari is now the longest-tenured starter in the room, having joined the team as a fourth-round pick from the University of Colorado in 2013. (Guard Lane Taylor also joined the team as an undrafted free agent from Oklahoma State that year.)

As training camps approach amid COVID-19, Packers CEO Mark Murphy knows ‘time is no longer on our side'

With Bulaga now with the Los Angeles Chargers after taking a three-year, $30 million deal after a decade in Green Bay, only two members of the Packers’ 2010 Super Bowl XLV-winning team remain on the roster: quarterback Aaron Rodgers and kicker Mason Crosby. Veteran cornerback Tramon Williams, who expressed a desire to return in 2020, remains unsigned.

That means Bakhtiari, who turns 29 on Sept. 30, will have to take on a greater leadership role. He’ll share those duties with starting center Corey Linsley, who turns 29 later this month but came into the league a year later than Bakhtiari, as a fifth-round pick from Ohio State in 2014. The only other lineman in that age group is right tackle Billy Turner, who turns 29 in October but is entering just his second season with the team after signing as a free agent in March 2019.

Just as Bulaga had to take on that leadership role in 2017 after Pro Bowl guards Josh Sitton (cut before the 2016 season) and T.J. Lang (left via free agency after the 2016 season) departed, Bakhtiari understands the responsibility.

“I told Bryan right away when he became the elder statesman in the room, I let him know, ‘Look, I’m going to be your co-captain. At the end of the day, I’m going to defer to you. Whatever you say, I’m going to back up because I just believe that there was a hierarchy and there’s a status of being the eldest, and I don’t want for you to even feel like I would be stepping on your toes,’” Bakhtiari said earlier this offseason.

“With that dynamic being gone, it’s me and Lane who are the two oldest and two longest-tenured Packer players in the offensive line room. I guess I get to do more of what I want and no one can tell me what to do.”

Bakhtiari then paused for laughter that never came, because all the reporters on the video conference call were muted.

“I think I’ll keep my way of how I’ve led. I don’t think there is one right way or wrong way. The best way to lead is through your own personality because the way that you choose to lead that’s genuine comes across and gets absorbed the best. Whenever you try to be disingenuous or over-stretch who you are to assume that leadership role, I think it gets discredited.

“I think I’m just going to continue doing how I’m doing it, and I think it helps other guys — Lane, Corey, Billy — that next step up in the ladder (have) their voice being heard and their leadership being shown.”

It’s a critical year for Bakhtiari, who is in the final year of a four-year, $48 million extension he signed on the eve of the 2016 regular-season opener. He has said he won’t allow the uncertainty to impact his performance, vowing to take the same approach he did the last time free agency loomed.

Nevertheless, with the particulars of training camp still up in the air, Bakhtiari and his fellow linemen know that it won’t be easy to generate that vital on-the-field chemistry with a new right tackle (ex-University of Wisconsin standout Rick Wagner) and zero practice snaps taken together during the virtual offseason program. It’s still unclear whether training camp will begin as scheduled on July 28 — rookies are set to report July 21 — and just what practices will look like.

Plus, the NFL plans to cut the preseason schedule from four games, with the NFL Players Association pushing the league to abolish preseason games altogether for 2020 to minimize the risk in advance of the regular season. The Packers are set to play their first regular-season game on Sept. 13 at Minnesota and face the Detroit Lions the following week at Lambeau Field on Sept. 20.

On the bright side, Wagner is the only new starter on the line, with Bakhtiari, Linsley, Turner and left guard Elgton Jenkins, who made the NFL’s all-rookie team last season, all returning.

“We talked about that when this whole thing started getting locked down,” offensive coordinator Nathaniel Hackett said. “Obviously, the coaches — everybody wants to coach, everybody wants to work, everybody wants to teach. But it is nice to sit there and think, what if this were to happen last year? Gosh, a staff just getting together for the first time. It’s so much different just as coaches being able to converse over Zoom, phone and just being together for a year. Then, you add in that a lot of the guys are back. That is definitely a big positive.

“We’re very lucky to be in that situation. And we hope that’s going to help us and we can still grow, and the guys can still learn.”

Although the linemen didn’t get any in-person work this offseason, they did have their frequent Zoom meetings, and Bakhtiari has known Wagner since the two were prepping for the 2013 NFL draft. Bakhtiari went to the Packers at the 109th overall pick in that draft; Wagner went 168th to the Baltimore Ravens. Wagner joined the Packers on a two-year, $11 million deal on March 6, just days after being cut by the Detroit Lions.

“I mean, unless Rick’s changed and kind of gotten too caught up in the limelight, he was a sweetheart when I met him back in 2013 and the few encounters that we’ve had together throughout our careers in the NFL,” Bakhtiari joked. “He’s always more of the soft spoken, sweet side. Of course, his game kind of reflects differently. I think he lets out most of his aggression and anger in the game.

“So, in terms of him fitting in the room, I don’t think there will be an issue. In terms of what I would expect, I mean at the end of the day, who knows what he’ll bring? But I’d assume he’ll acclimate just fine and kind of be the soft spoken, kind of neutral voice that I think is needed and maybe at times to calm me down or tell me to shut up.”

And, Bakhtiari admits, that might actually happen. What won’t happen is him slowing down anytime soon, as he has designs on playing well into his 30s if his health holds up.

“I’ve always kind of had a young spirit. Definitely a ball of energy — I think that’s with my ADHD,” Bakhtiari said. “I feel good. I’m still having fun doing what I do, waking up every morning, training in the offseason. I enjoy the banter with the guys, and at the end of the day, I do like imposing my will when I get the opportunity to play football.

“So as long as that fire is still there and my body and my mind allow me to, I want to play and I want to play at a high level for a while. It’s been fun. It’s hard to say, especially when you’re really beat up, but at the end of the day, I love what I do. I definitely want to play for a while longer.”

As expected, the team formally announced that there will be no fans in attendance at the Packers’ 2020 training camp practices, the team’s annual Family Night practice at Lambeau Field or any home preseason games.

Packers by position: In the wake of Jordan Love pick, will Aaron Rodgers respond with renewed motivation, determination?

“I think in general, for all players, having competition usually elevates their game,” general manager Brian Gutekunst said.

Packers by position: Take it on the run? By adding AJ Dillon to Aaron Jones and Jamaal Williams, Packers may ground and pound

Coach Matt LaFleur said near the end of the team’s virtual offseason program that Dillon joining forces with Jones and Williams doesn’t necessarily mean it’ll be three-yards-and-a-cloud-of-dust time in Green Bay this season. 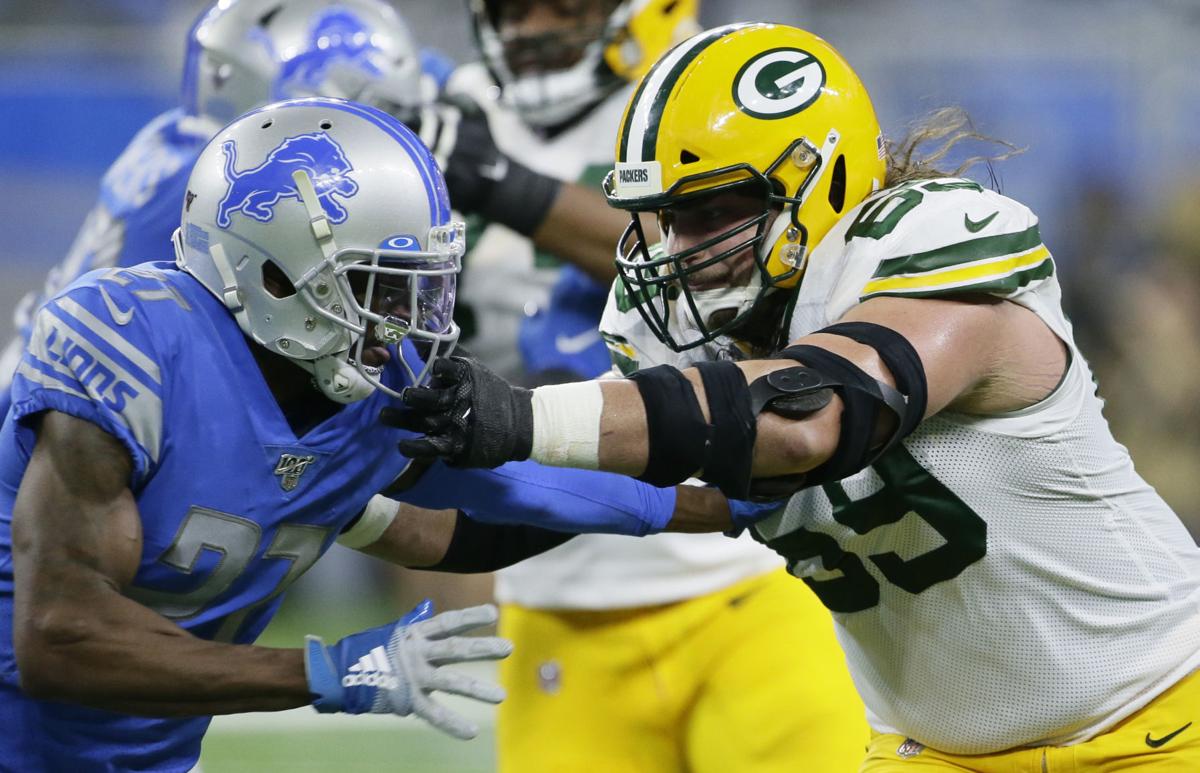 It’s a critical year for Packers left tackle David Bakhtiari, who is in the final year of a four-year, $48 million extension he signed on the eve of the 2016 regular-season opener. 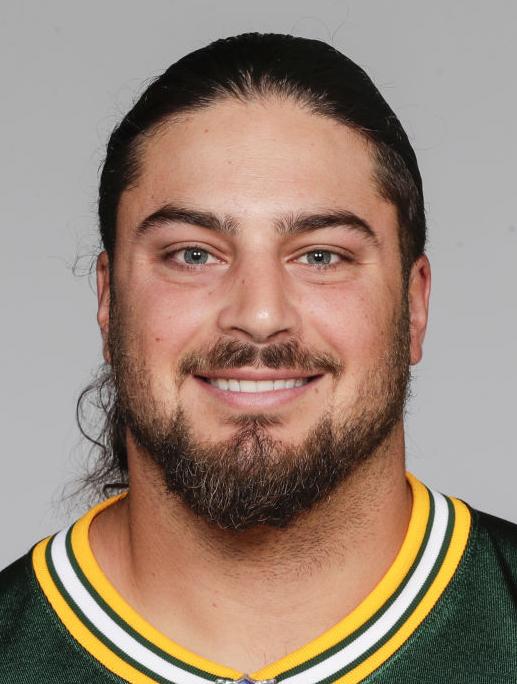