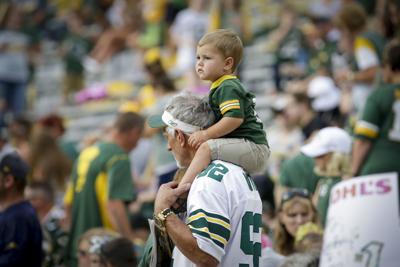 GREEN BAY — Mark Murphy says it every year, a staple of his annual conversation with reporters about the team’s finances.

While he may not be dyed-in-the-wool green and gold, the Green Bay Packers president/CEO has long understood the responsibility that comes with the job — and how decisions are driven not only by making sure the team wins games on the field, but by the must-win nature of ensuring that the smallest market in American professional sports stays viable for another 100 years.

“It’s really about being good stewards and making sure the franchise stays strong for the future,” Murphy said in July. “The financial stability of the organization stems from us operating in a financially responsible manner.

“That’s driven by a number of different things: The continued strong performance by the team on the field, the great fan support that we receive from our fans across the country, and obviously the continued popularity of the NFL. We feel we’re in a position to continue to be in a strong position to invest in the team, the facility, the fan experience, the community and ensure that we’re successful stewards for the future.”

What will that future look like? What challenges lie ahead? Predicting what the next 100 years might look like is, of course, impossible — just as Earl “Curly” Lambeau and George Whitney Calhoun could never have envisioned the massive Titletown development, an idea hatched in part to help improve the team’s long-term fiscal prospects.

But there are a number of issues in the near term facing the team and the league, ones that figure to dramatically reshape the game in the coming years.

After the 2011 lockout that followed the Packers’ Super Bowl XLV title, the league and the NFL Players Association ratified a 10-year collective bargaining agreement. That agreement is approaching its expiration after the 2020 season, and another labor stoppage could be on the horizon.

Among the battle lines will be one drawn on player salaries. Before agreeing to his four-year, $134 million contract extension last summer, quarterback Aaron Rodgers acknowledged that getting fully guaranteed contracts was something he — and most players — hoped for. Because Rodgers had two years left on his existing contract, he lacked the leverage to make such a deal happen, although the Minnesota Vikings did give their quarterback, Kirk Cousins, a three-year, $84 million, fully guaranteed deal.

“If you look at the major sporting industries, we don’t have guaranteed contracts in our sport,” Rodgers said. “Obviously, we have a larger roster than other leagues, with the NBA having about 15 and obviously Major League Baseball having 25 and 40, and hockey less than that. There’s financial constraints on the team to make that a sweeping referendum, but I think it’s good for our sport. That’s probably going to impact the next CBA and negotiations at some point, but right now it seems like there’s only a few positions where that type of contract could happen.”

It's hard to predict if there’ll be any substantive changes to how football contracts are structured in the next CBA. But clearly the players, who saw the offseason schedule and practice structure change significantly thanks to the last CBA negotiations, are hoping to get a larger piece of the financial pie than they currently have.

The Packers’ decision to renovate Lambeau Field, which was completed in 2003, was really no decision at all: The team had to do it, or risked falling so far behind the league’s other 31 teams in revenue that it wouldn’t be able to compete — even with the revenue-sharing model that the league employs to help all teams. Teams aren’t required to share their local revenue, and the Packers were lagging far behind in that department before the iconic stadium was redeveloped.

In 2013, a $143 million seating expansion in the south end zone added another 7,000 seats and gave Lambeau Field an 81,411 capacity — making it the fourth-largest in the league.

Financial viability was also the reasoning behind Titletown, the 34-acre, mixed-use district that opened in 2017 and includes a 10-acre public plaza, a Lodge Kohler four-diamond hotel, a Hinterland Brewery restaurant and brewpub, a Bellin Health sports medicine clinic and the new Titletown Tech cooperative with Microsoft. With the district now set for its third year of operation, the Packers are hoping the completion of the next phase, which will include more shopping, offices and residential spaces, will further grow the district and increase income from it.

But the next challenge will be finding even more local revenue streams.

“It’s a longer-term investment,” Murphy said when asked about the thinking behind Titletown. “I know it looks like, ‘Oh, the Packers will always be here,’ but things can change 15, 20 years down the road. We want to make sure the community stays strong. It allows us to generate non-football revenue that isn’t shared with other teams. And I think long-term, it benefits the Packers in that the more vibrant the community is, the stronger the community is, the more likely that in the future we’ll be able to continue to support a competitive NFL team.”

Having settled with former players in August 2013 in a class-action suit related to concussions — the originally agreed payout was for $765 million, but after the federal judge overseeing the case expressed concerns that there might not be enough money to pay all the claims, the NFL agreed to pay an unlimited amount — the NFL still has plenty to worry about when it comes to football’s future.

How will parents who are steering their children away from the game at younger, developmental ages affect the growth of the game? Even with stricter concussion protocols in place, how much more will we learn about the dangers of head trauma — and how will those findings further alter how the game is played?

“One of the things we really get out of going to these camps is you get a chance to really talk to the players and the coaches, the trainers, the doctors, and you’re able to understand, ‘What are the trends? What’s happening? What’s working? What’s not working?’ And you see it for yourself and you hear it,” NFL commissioner Roger Goodell said when he visited Packers training camp a few years ago. “And those are the important things for us because you can get reports, but now you’re really getting a chance to have that interaction.”

With legalized sports gambling sweeping the nation — it’s estimated that by the start of the 2019 NFL season, 15 states will have some form of government-sanctioned legalized wagering on pro football — there’s a belief that the NFL, as the No. 1 spectator sport in the U.S., will benefit most.

According to the American Gaming Association, a recent study conducted by the Nielsen Company projects that the NFL could see $1.75 billion in new revenue from media rights, sponsorships, merchandise and ticket sales driven by legalized gambling.

Longtime ESPN sports business expert Darren Rovell left the ubiquitous sports network to join The Action Network last year in a move prompted in part by the repeal of the Professional and Amateur Sports Protection Act of 1992 — a decision that led to legalized sports gambling. In an ESPN Wisconsin interview this summer, Rovell said the place where gambling might have its greatest impact will be with broadcast rights, as companies with better streaming/online infrastructure — like Netflix, Amazon, Hulu and others — could become more dominant in the consumption of games via video because of their ability to incorporate real-time gambling.

“I think that’s probably over most of our heads,” Rodgers said of how gambling will impact players. “There’s obviously going to be some further conversations around the issue of gambling and how the NFL and the NBA and Major League Baseball and hockey can find a way to regulate it so that it keeps the fairness, the integrity of the game.”

Finding the next legend

More than anything, the Packers’ greatest challenge will be to keep their nearly three-decade run of Pro Football Hall of Fame-level quarterbacking intact by finding another star quarterback to succeed Rodgers, who is signed through the 2023 season, during which he will turn 40 years old.

The Packers’ run of sustained greatness at the position began with Brett Favre, their starter for 16 seasons, from 1992 through 2007. Rodgers took over in 2008 and is about to embark on his 12th season as the starter. If he continues in that role for five more years, and continues to play at the level to which Packers fans have become accustomed, that’ll mark 32 years of the Favre-Rodgers back-to-back.

Rodgers has said he would like to keep playing into his 40s, but just as it came to an end for Favre, Rodgers will eventually call it quits. Assuming he’s still on the job himself, it’ll be up to general manager Brian Gutekunst, who took over for Ted Thompson in January 2018, to find the next star signal-caller. Gutekunst was a scout when the Packers drafted Rodgers in 2005 and traded Favre to the New York Jets in 2008.

“I don’t think I’m thinking out that far right now. But I know what you’re saying,” Gutekunst said when asked about finding “the next” Rodgers. “I’ll say this: It’s nice seeing the experience of going from one (quarterback) to the next, seeing that happen and the way it was handled. It’s nice being part of that.”

Gutekunst got the NFL’s attention when he had Missouri quarterback Drew Lock in for a pre-draft visit this spring, before Lock went to the Denver Broncos in the second round (No. 42 overall) in April. While that might have been subterfuge, it reminded everyone that finding another star at the position will require effort — and risk.

“I think the whole succession plan thing is a little bit overhyped,” Gutekunst said. “We value that position extremely highly. And every year we spend a lot of time on the quarterbacks and trying to figure out what kinds of players those guys are going to be in the NFL. And it’s really, really important to us. Because if you don’t have one, it’s really tough to win in this league.

“So, for us, it’s just about each and every year, trying to decide which are the guys that could potentially be starters in this league and difference-maker-type players, and then if you have the opportunities to take them sometime in the draft and that’s the best thing for your team, I don’t think you can hesitate with that.

“Again, we’re lucky to have the best player in the NFL playing that position right now. But at the same time, your needs can change just like that.”

Photos: Remembering Vince Lombardi on the 50th anniversary of his last game 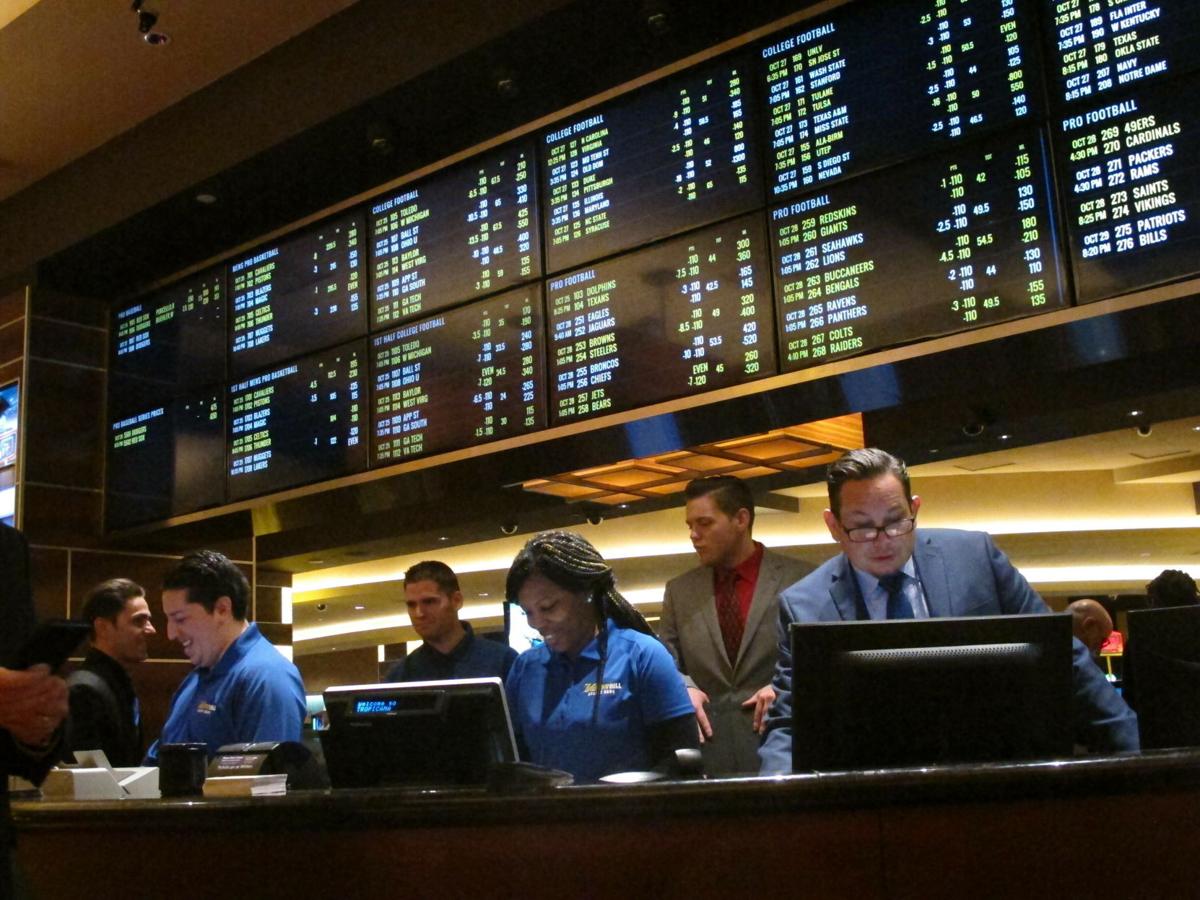 Expanded legalized gambling could be a large new revenue source for the NFL and its teams. 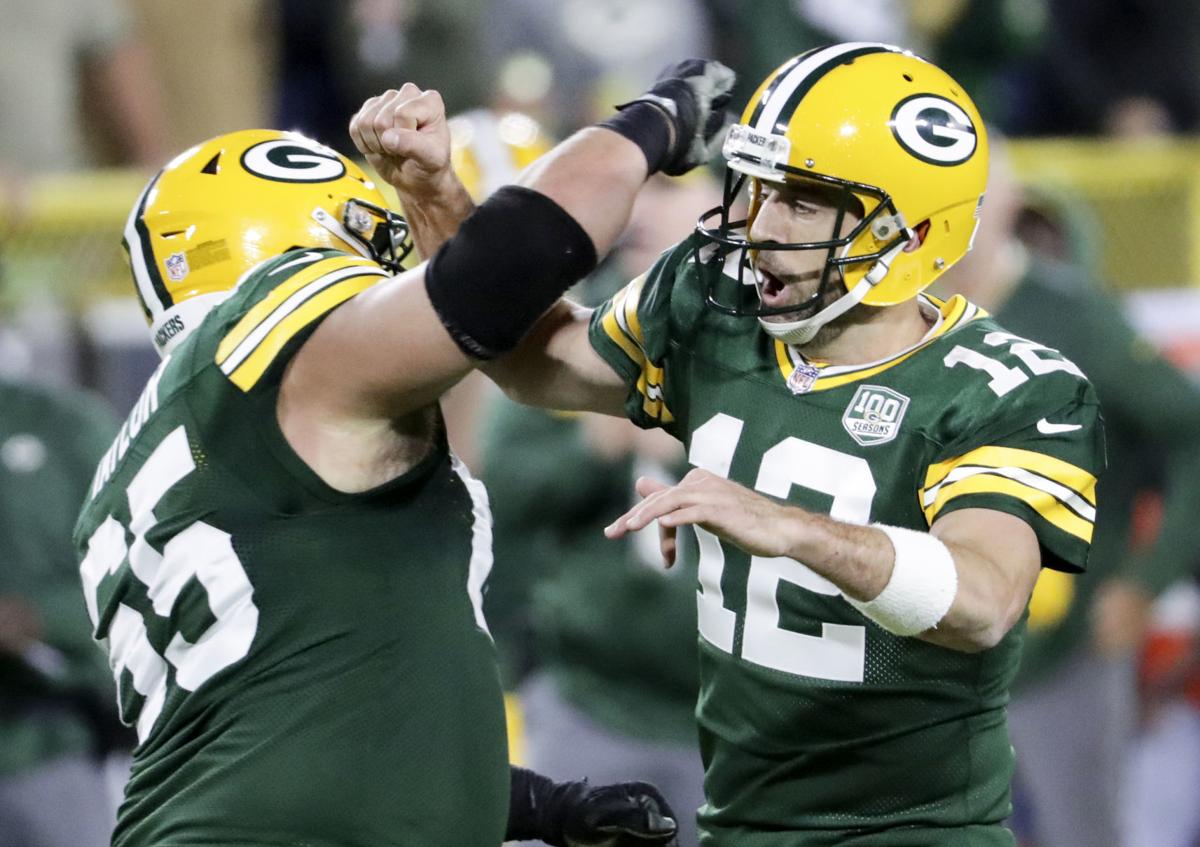 Packers quarterback Aaron Rodgers hopes fully guaranteed contracts will be part of the next collective bargaining agreement between the NFL and its players. 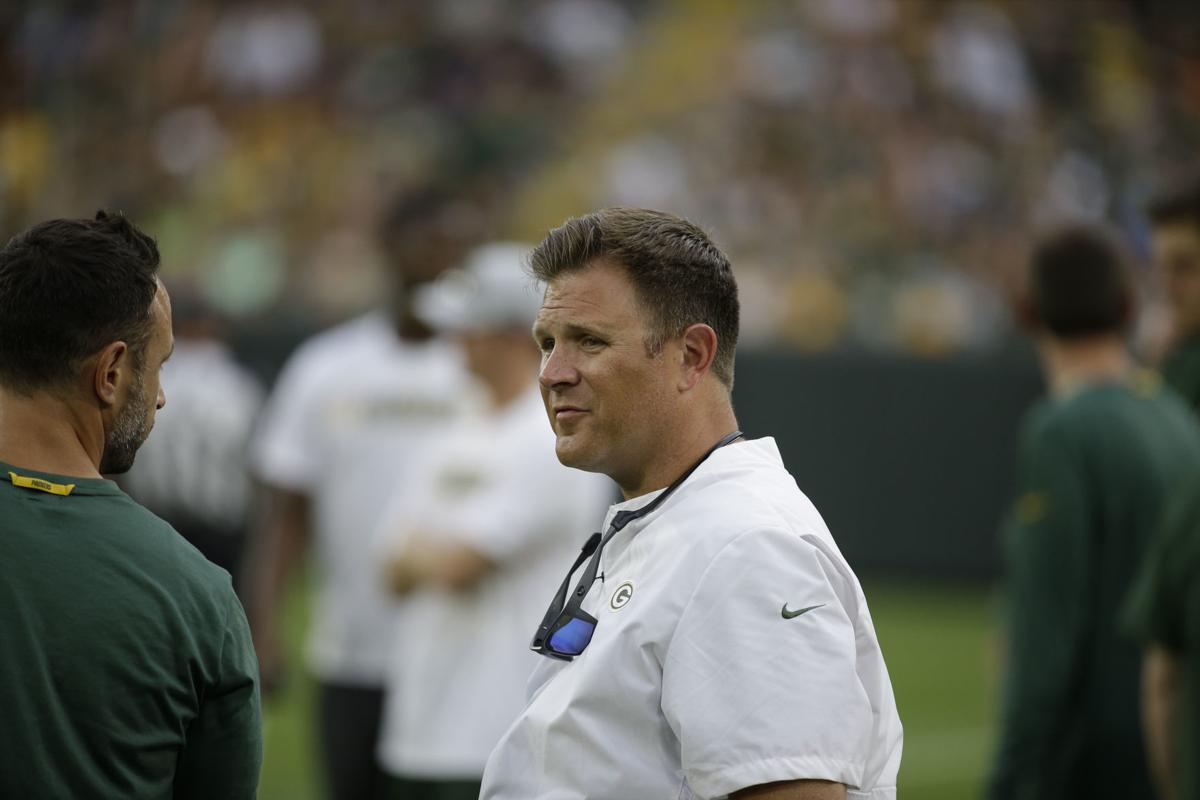 Assuming he’s still on the job, it’ll be up to general manager Brian Gutekunst to find the Packers' next star quarterback. 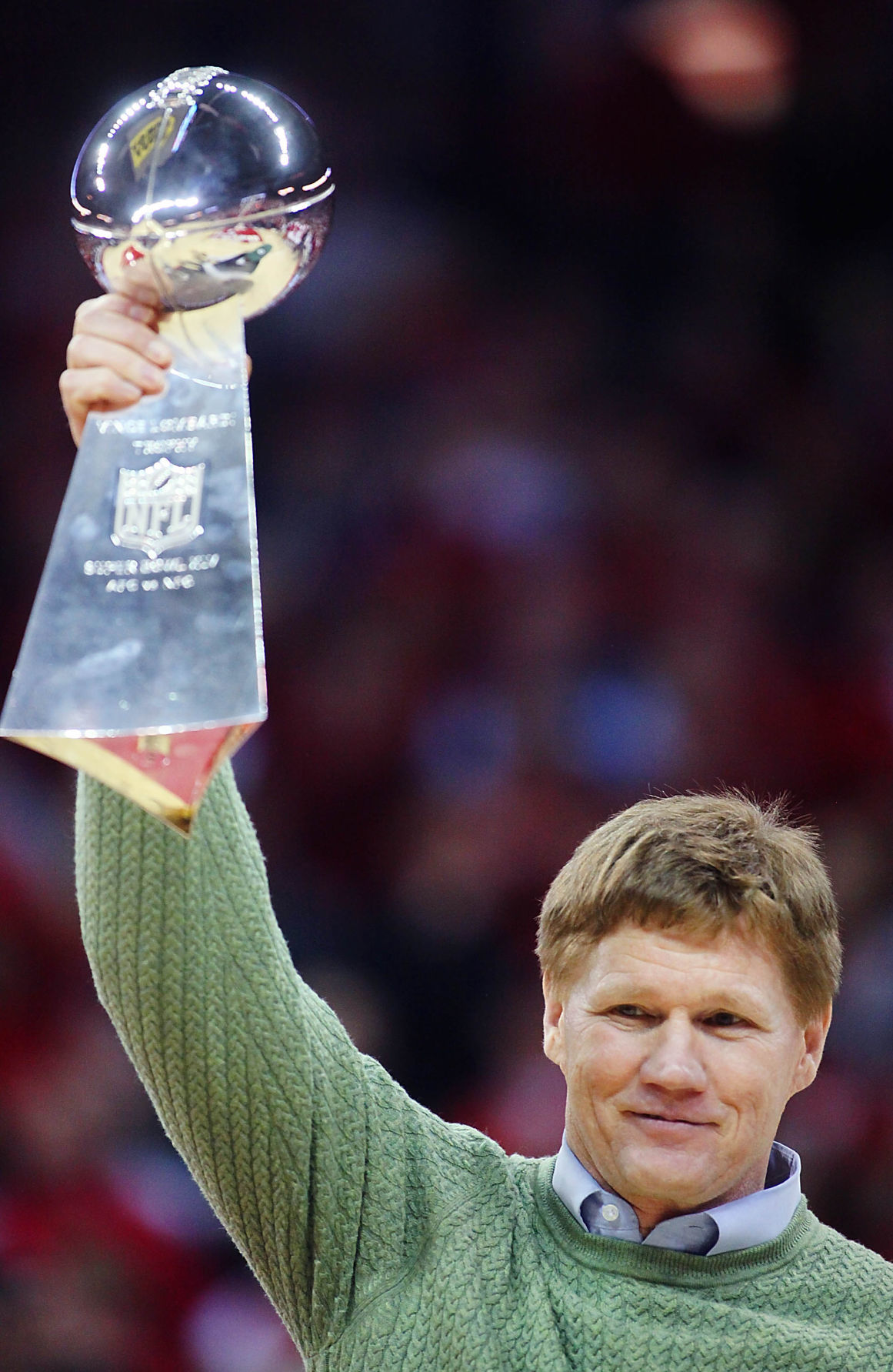 Packers president Mark Murphy is focused on being a good steward of the team at the start of its second 100 years. 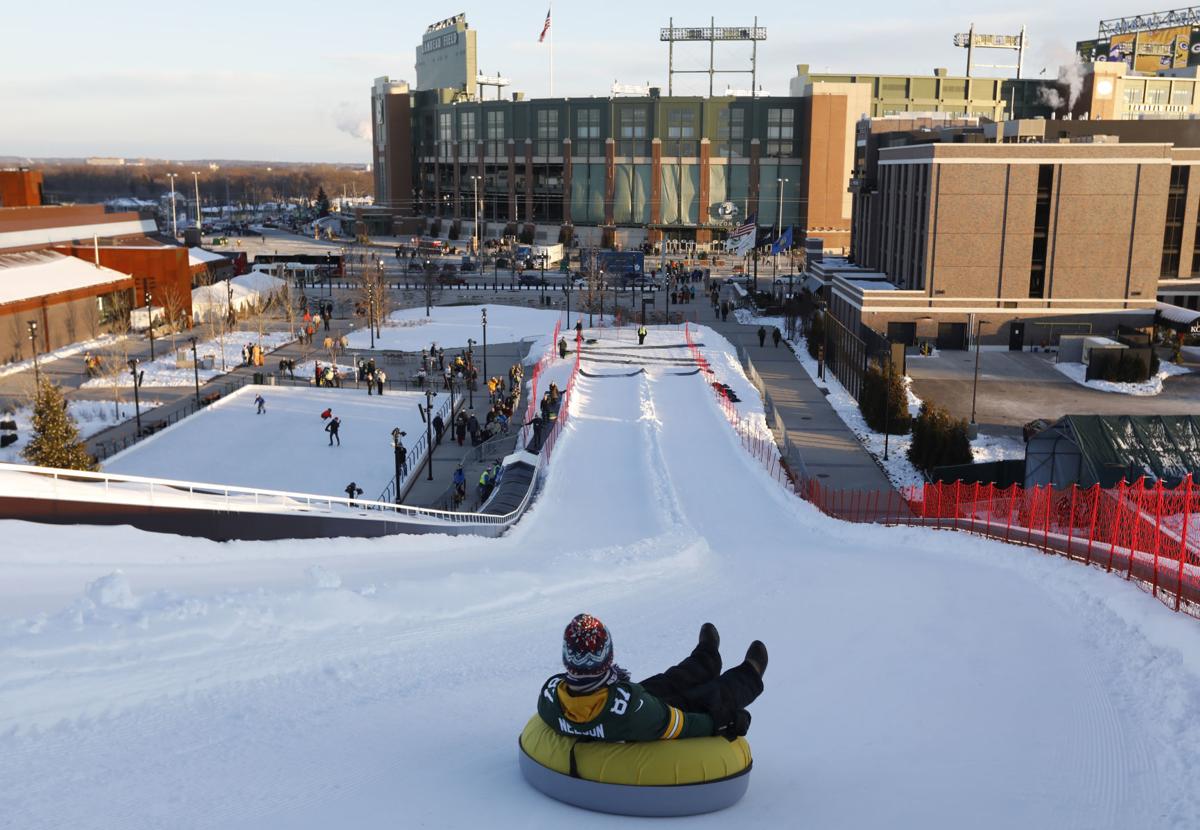 Titletown, a 34-acre, mixed-use district opened across from Lambeau Field in 2017. It has opened new non-football revenue streams for the Packers. 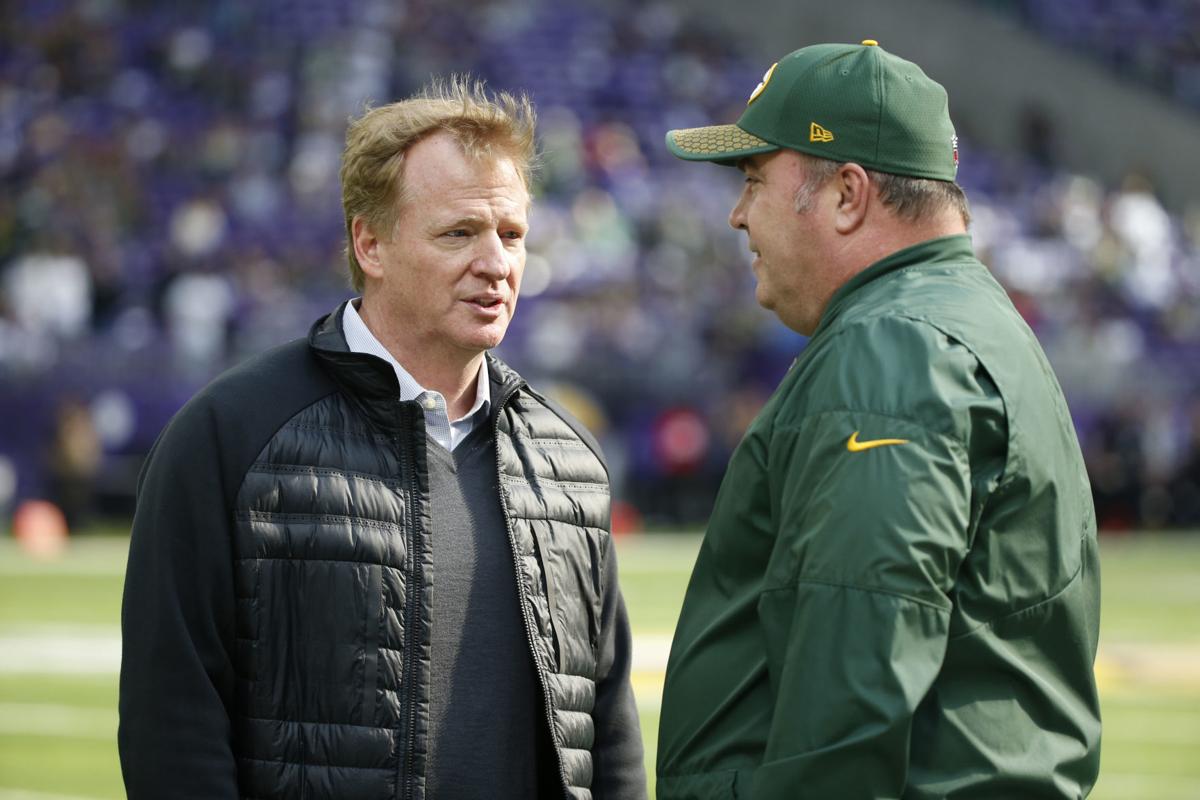 NFL commissioner Roger Goodell, left, will continue to face questions about the safety of pro football in the future.