Top-flight talent from throughout the area is ready to tip off the boys basketball season this week.

When the games begin, here are 10 players to know:

Things to know: The 6-foot-2 Uttech was a first-team all-conference selection in the Capitol North Conference and was selected as an honorable-mention choice on the Wisconsin Basketball Coaches Association Division 3 All-State team. He averaged 15.6 points and 4.7 rebounds per game. Uttech, a three-year varsity starter, helped lead Columbus to a share of the conference title with Lodi and to a WIAA Division 3 sectional final berth.

Quotable: “His drive and dedication to the game of basketball is second to none,” first-year Columbus coach Jeffery Downing said. “He is constantly working to improve his craft. The combination of A.J.’s ability to get to the basket and shoot the basketball make him a tough matchup.”

Things to know: Hawkinson was a second-team all-conference selection in the East Central Conference, averaging 12.4 points, 5.0 rebounds, 3.0 assists and 2.2 steals per game. He also shot 40% from 3-point distance. Hawkinson had the most points in a single game (29) by a freshman in program history last season and was the only player in the conference who was in the top 10 in points, assists, steals and rebounds, Waupun coach Brett Pickarts said.

Quotable: “Aiden’s work ethic is remarkable and has worked his butt off to add strength to his growing frame,” Pickarts said. “Aiden is one of the most versatile and smart basketball players I have coached in my 11 years as a high school basketball coach.”

Things to know: The 6-4 Meitzner helped lead the Blue Devils to a share of the Capitol North title with Columbus last season. He will be counted on with several other returning players to pick up for considerable graduation losses, including conference player of the year Brady Ring.

Quotable: “He’s a returning letter winner from last year’s conference championship team,” Lodi coach Ben Leistico said. “He can play in the post or step out to the perimeter and can knock it down from the arc. Great footwork to play inside.”

Things to know: Reichhoff was an all-conference honorable-mention selection in the Badger West Conference last season. He averaged 11.5 points and 5.3 rebounds per game.

Quotable: “Kyan has worked extremely hard over the last four years and has improved each year,” Portage coach Darrin Berger said. “He is one of the most dedicated players I’ve coached.”

Things to know: The 6-3 Jens will take on more prominent duties this season after the Golden Beavers had heavy graduation losses from last year’s team that reached a Division 2 sectional semifinal.

Quotable: “Jack’s attitude and effort every day in practice and games is contagious,” Beaver Dam coach Tim Ladron said. “With all the losses we had to graduation, Jack will be asked to lead on the floor and in the locker room.”

Things to know: Nevar averaged 13.6 points and was a first-team all-conference choice in the South Central Conference last season. He helped lead Wisconsin Dells to the conference title.

Quotable: “Jared can score from anywhere on the floor,” Wisconsin Dells coach Brad Rohling said. “He is a great shooter who can also score in the post.”

Things to know: Klosky averaged 15.1 points and 7.5 rebounds per game for the Pumas last season. He was named a second-team all-conference selection in the Capitol North.

Quotable: “Aiden is a very skilled big man,” Poynette coach Cody Odegaard said. “He’s able to put the ball on the floor and attack, shoot from the outside and post players up. I’m looking forward to his work ethic and leadership for his senior season.”

Things to know: Syens was a first-team all-conference choice in the Trailways East Conference last season, averaging 17.8 points and 6.4 rebounds, and is expected to lead Central Wisconsin Christian in the team’s pursuit of a top finish in the league this season.

Quotable: “Brock is a very good player for us,” first-year Mauston coach Ryan Frye said. “Brock is a very coachable player. He has a really high basketball IQ and is able to score in a variety of ways. He has a great feel for getting his teammates involved and really does love to compete. He is a hard worker, who has put in time to become not only a better player, but a better athlete as well.”

Things to know: Wardrop averaged 8.9 points and 5.7 rebounds for the Eagles last season. He will be counted on to lead the team along with Devin Kerska, Carson Brickl and Connor Breunig.

Quotable: “Corbin is the engine to our team,” Sauk Prairie coach Sean McGann said. “Nobody works harder on the court for his teammates than him.”

Luke Fickell By the Numbers 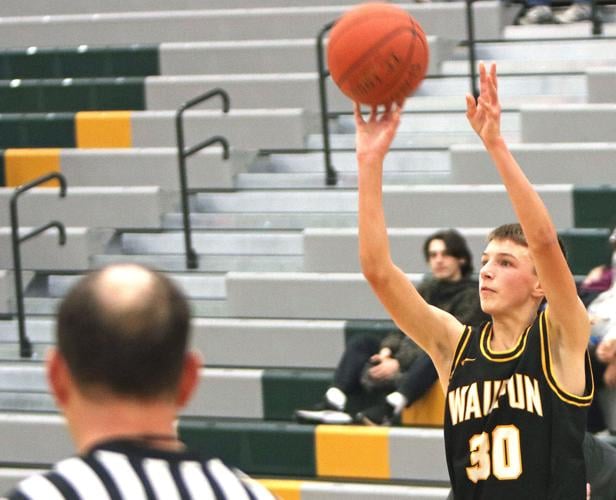 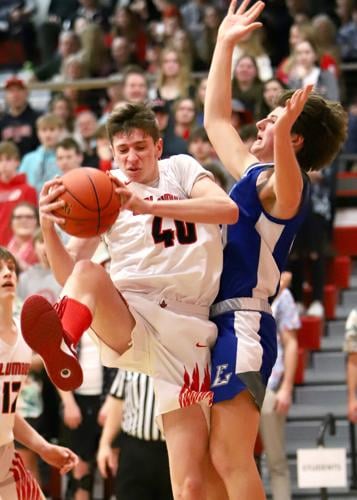 Columbus’ Nolan Stauffacher grabs a rebound while in a scramble with Lodi’s Brian Meitzner during the Cardinals' 65-52 win in the Division 3 regional finals on March 5 at Columbus High School. 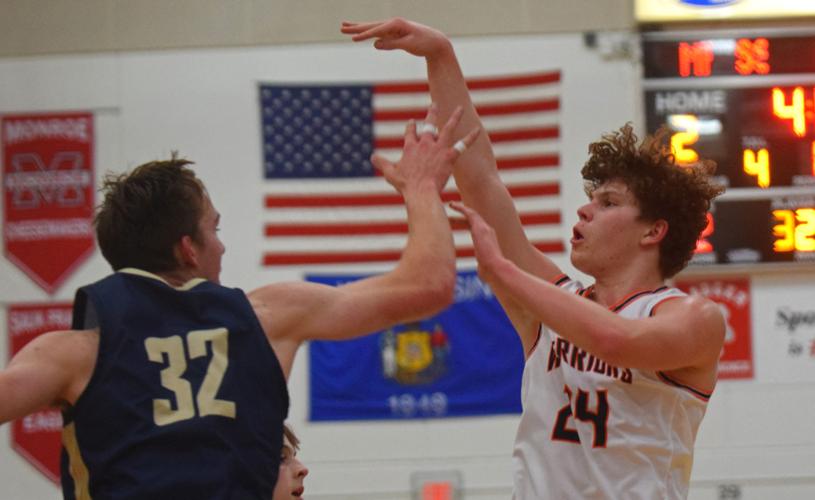 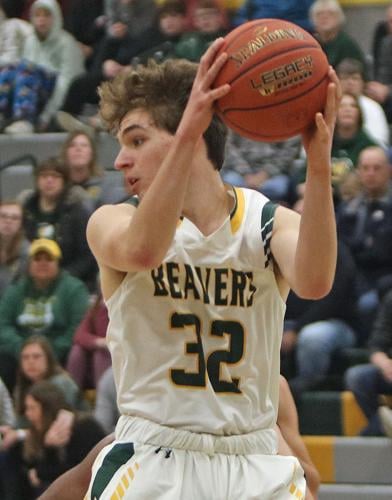 Beaver Dam's Jack Jens catches a pass in the post during the first half against Waterloo on Nov. 26, 2021. 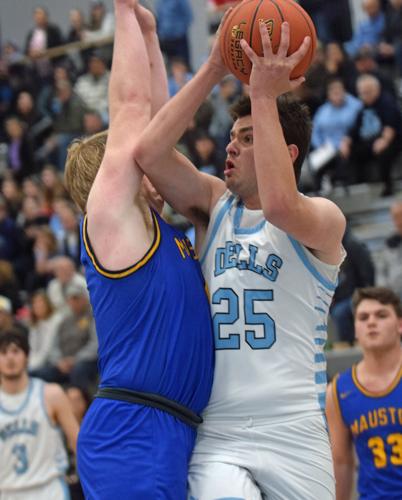 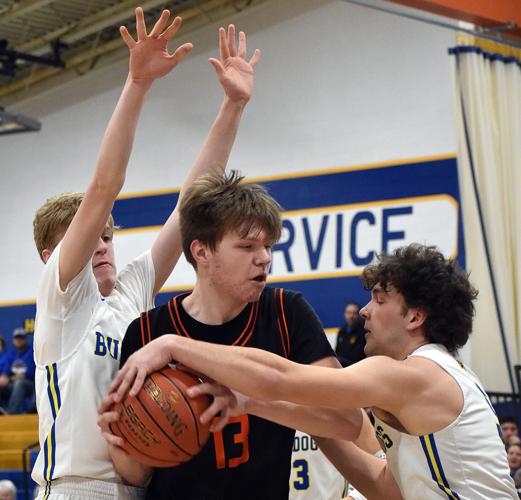 Poynette's Aiden Klosky is double-teamed by Pardeeville's Coy Haseleu, left, and senior Devin Seth, right, in the second half of a Division 4 regional quarterfinal game on March 1 in Pardeeville. 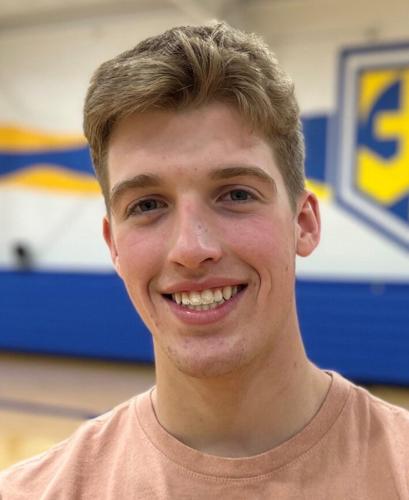 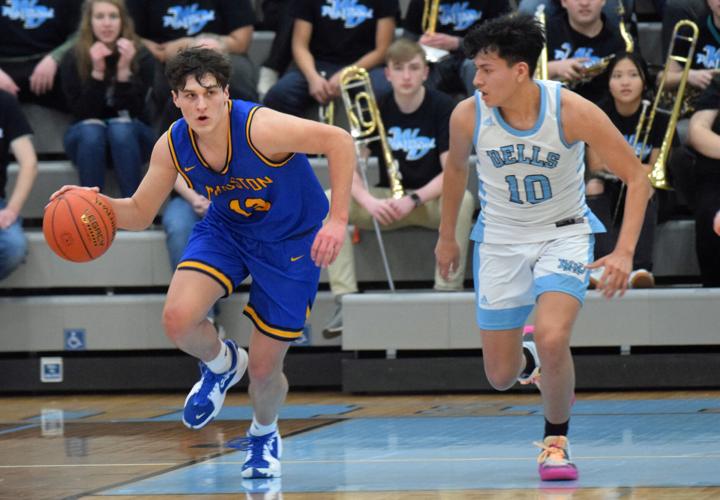 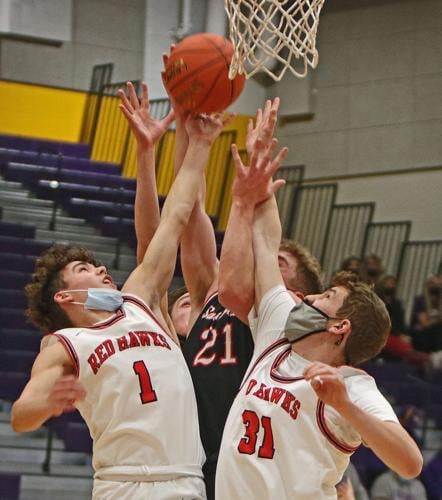 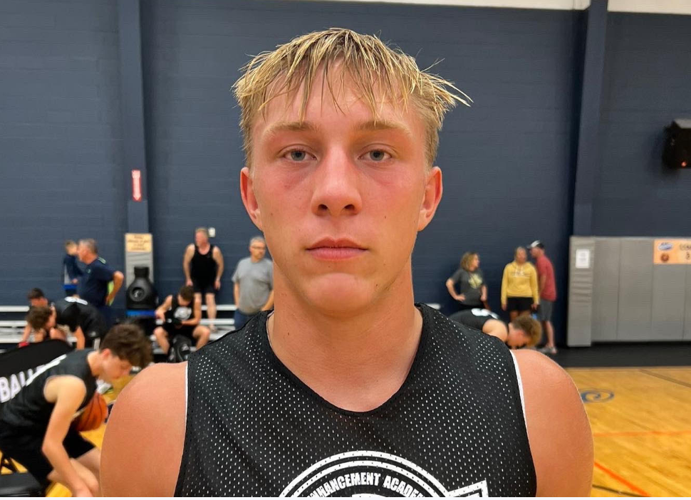