There’s no question the greater Madison area has produced some of the top high school girls basketball talent in recent memory.

Not only championship teams, individual accolades also have been frequent and top-end players will continue to grace the hardwood this winter.

Here are 10 players to know.

Things to know: A four-year player, Pfaff has been a bright spot for a Thunderbirds program that has a combined 12 wins the last three years. The first-team All-Badger West Conference pick and Dubuque commit has been one of Baraboo’s top two scorers in each of her first three seasons, including last year when she led the team with 13 points and 2.6 assists per game. Pfaff, who can drive and shot .269 from 3-point range last season, is a solid defender with 2.5 steals and 3.8 rebounds per game last season.

Quotable: “Taylor has grown tremendously from her freshman year, both with her skills and the approach she takes to practice and games,” coach Mike Behl said. “She is a dynamic scorer and can get buckets in a variety of ways. She can get to the hoop, she draws a lot of fouls and she is learning that she can pull up and shoot from mid-range when she gets stopped. And last year her ability to shoot from 3 involved so that she can hunt her shot off of the dribble.”

Things to know: Not every player needs to be a lights-out scorer to succeed, and Salettel sets a perfect example for the Golden Beavers. The 5-foot-11 guard has the ability to score after averaging 8.4 points per game and shooting 36.9% from 3-point range, but it’s her relentless defensive motor that makes her such an integral part to the team’s success. The Wisconsin Basketball Coaches Association Division 2 honorable mention All-State pick added 3.4 rebounds and 1.8 assists per game last year.

Quotable: “Anni is an extremely smart player who defends and can score in a lot of different ways,” coach Tim Chase said.

Things to know: The saying ‘Iron sharpens iron’ hits close to home for Gabby Wilke, who has benefited from playing against older sister and University of Wisconsin redshirt freshman Maty Wilke. At 6-2, Gabby Wilke looks poised for another big season after a breakout campaign when she averaged a team-best 16.6 points per game and was second with 5.1 rebounds. The South Dakota commit earned WBCA Division 2 All-State honors and was a unanimous All-Badger East Conference pick and can impose herself on opposing defenses in a multitude of ways.

Quotable: “Gabby is a tremendous competitor and a great leader,” Chase said. “She has tremendous talent in all aspects of the game.”

Things to know: Ernst erupted onto the area scene last winter in helping the Bulldogs reach their first WIAA regional championship in nearly two decades. The 6-1 post more than tripled her scoring average from her sophomore season, leading the Bulldogs with 16.5 points per game while shooting 56.8% from the field. Ernst, who’s drawing college interest, averaged a double-double with 11.5 rebounds per game to earn a WBCA Division 4 honorable mention All-State selection as well as a unanimous first-team All-Trailways Conference honoree.

Quotable: “After having a great season last year I am really excited to see what she can accomplish this year,” coach Joe Guenther said. “Jessi is one of the captains of our team and that is a title that is well deserved.”

Things to know: The Rockets were fueled by plenty of players en route to their first Division 5 state championship last season, but none bigger than Buwalda. The UW-Milwaukee commit averaged team highs of 19.3 points and 9.3 rebounds per game. The 6-foot power forward was named the Trailways West Conference Player of the Year as a unanimous first-team all-league pick and earned WBCA Divivision 5 All-State honors for the second straight season.

Quotable: “Jorey has been an integral part of our team’s success over the past three years,” coach Chad Kaufman said. “Her skill development continues to evolve on a yearly basis and she is the one of the hardest workers that we have night in and night out. She is able to play with her back to the basket and facing the basket. She has great range on the perimeter and is a tremendous passer. She is very difficult to defend and her versatility makes it difficult for most opponents to defend her.”

Things to know: There weren’t many holdovers from the Beavers’ back-to-back state qualifying team, but Cherney helps make up for that dropoff. The 5-9 guard enters her third varsity season as Reedsburg’s top returning scorer after tallying 18.1 points per game last season after hitting double figures in all but one game last winter. The WBCA Division 2 All-State and unanimous first-team All-Badger West Conference pick is drawing Division II looks and is an all-around threat after doing a bit of everything last season.

Quotable: “Sydney has a great ability to impact the game in so many ways — she can score in different ways, rebound, defend and she is the ultimate competitor,” coach Mark Simon said.

Things to know: A four-year varsity player, Loging shines in all facets of the game for the Vikings. At 6-1, she led Rio in all statistical categories last season and finished in the top five for the Trailways West Conference, earning unanimous first-team all-league honors, as well as WBCA Division 5 honorable mention All-State recognition. She averaged 14.8 points and 10.4 rebounds per game, as well as 2.8 assists and 2.7 steals under coach and aunt Deb Hutzler to draw Division III looks from the likes of UW-Stevens Point, Carroll and Wisconsin Lutheran.

Quotable: “Emily will pace us with her consistent contributions and ability to involve her team. She is a pass-first player that can score at will,” coach Deb Hutzler said. “She anticipates well, has outstanding court vision, and is one of our best defenders that makes solid decisions. She is an extremely versatile and passionate athlete that loves the game and her team.”

Things to know: Hartwig’s success on the hardwood doesn’t stop when the temperatures begin to drop as the center of the Eagles’ success. Along with being an offensive weapon on the volleyball court, the Evansville basketball commit is a force to contend with in the post. The 6-1 forward led the team averaging 11.8 points and 9.7 rebounds per game.

Quotable: “Maggie is a phenomenal athlete who is just plain hard to guard when she gets the ball in the post,” coach Jacob Breunig said. “She is the hardest rebounder I have ever seen and to top it off a fantastic kid and teammate. We are very fortunate to have her and her skill set in our program.”

Things to know: Gopalan didn’t have the gaudiest scoring numbers for the Warriors’ first WIAA Division 3 state championship team. However, the diminutive 5-2 point guard played an imperative role offensively as one of Waupun’s key facilitators. The WBCA Division 3 All-State pick averaged a team-best 4.9 assists per game to go along with 7.9 points, 2.9 rebounds and 1.4 steals, making her a prized all-around commodity.

Quotable: “Gracie is a dynamic point guard and is a true team leader on both ends of the court. She has the ability to break people down off the dribble and has become a consistent 3-point shooter,” coach Tim Aalsma said.

Things to know: After a strong introduction as a freshman, Petersen averaged 16.9 points and 9.4 rebounds per game last season. The Marquette commit scored 37 combined points on the state stage to earn WBCA Division 3 All-State honors. She was also named the Co-ECC Player of the Year alongside teammate Abbie Aalsma.

Quotable: “Kayl is a kid that can impact the game in many different ways. She has a unique ability to block shots without fouling and has a knack for getting rebounds,” Tim Aalsma said. “Offensively, she is a three level scorer at a high level, but also sees the floor extremely well.”

Randolph opens the new season after winning a state title, while Columbus and Lodi look to navigate the rugged Capitol North. Here's what to know as the season tips off.

Columbus' A.J. Uttech is among the area players who will take on major leadership roles this season.

Vote now for which area high school sports event we should cover this week. Voting closed at 4 p.m. Thursday.

Tom Brady reveals the reason he hates the 49ers

The potentially legendary outcomes of the World Cup

The potentially legendary outcomes of the World Cup 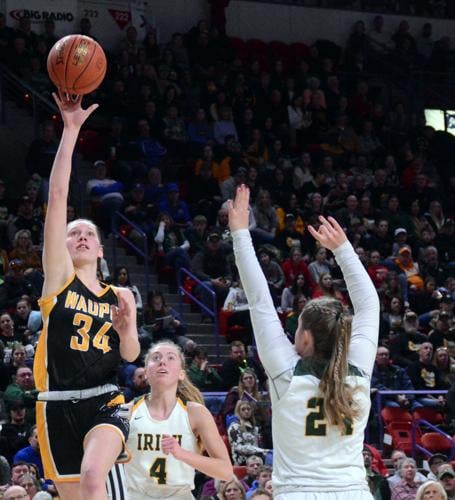 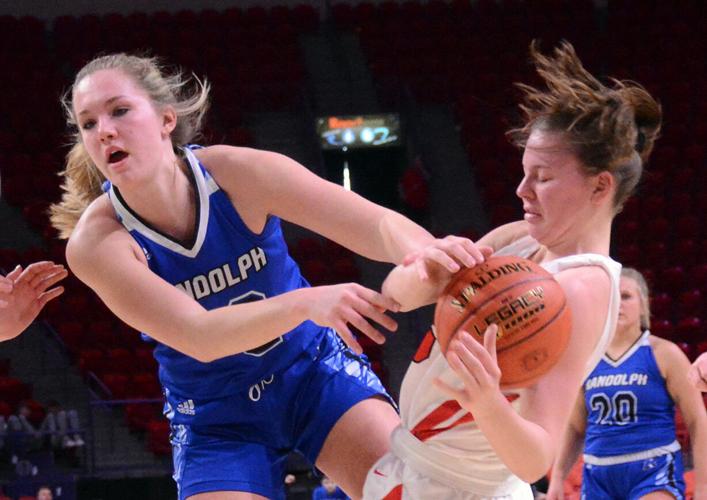 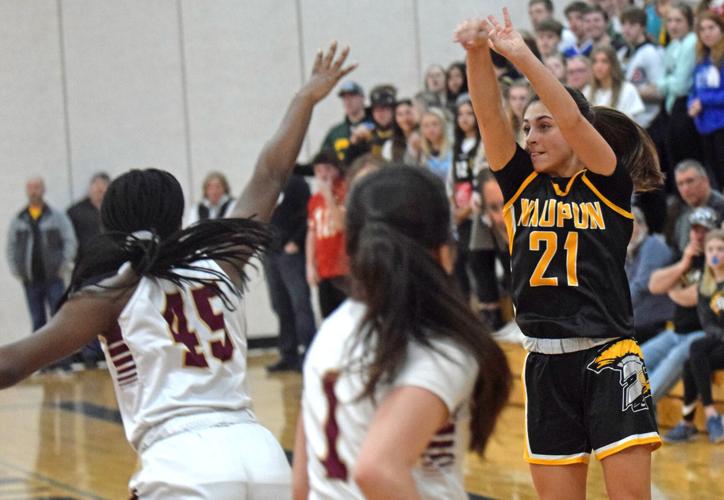 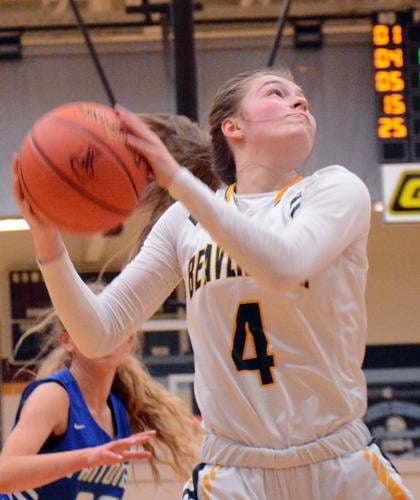 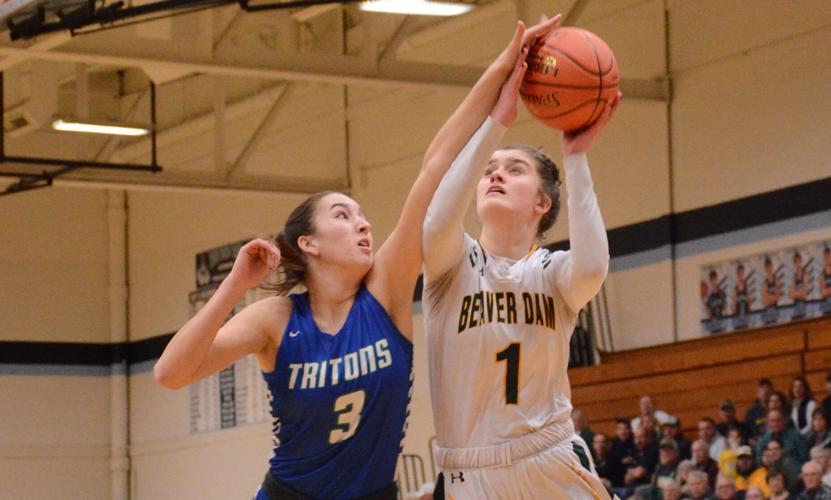 Beaver Dam junior Gabby Wilke goes up for a shot during the first half of a WIAA Division 2 sectional final against Green Bay Notre Dame last season. 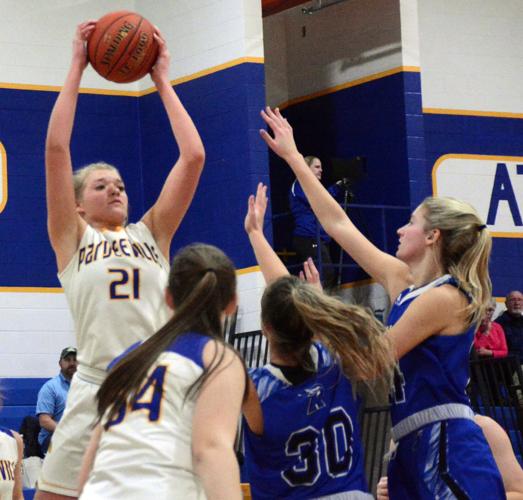 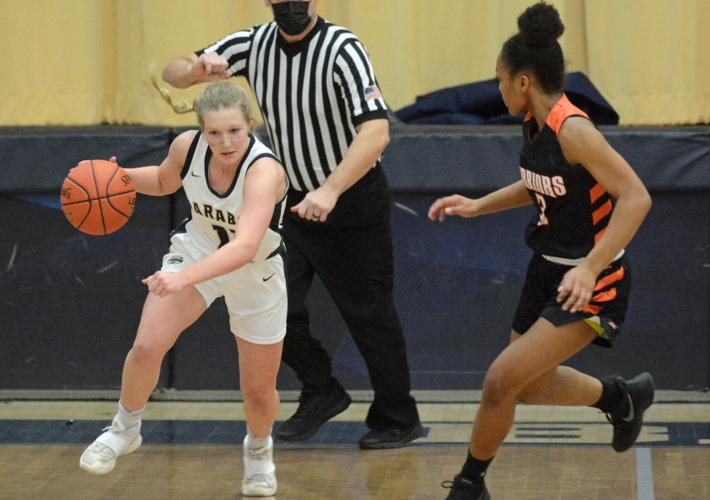 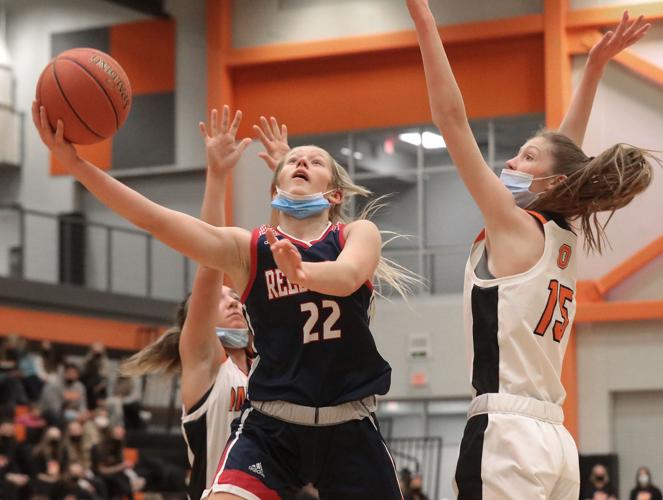 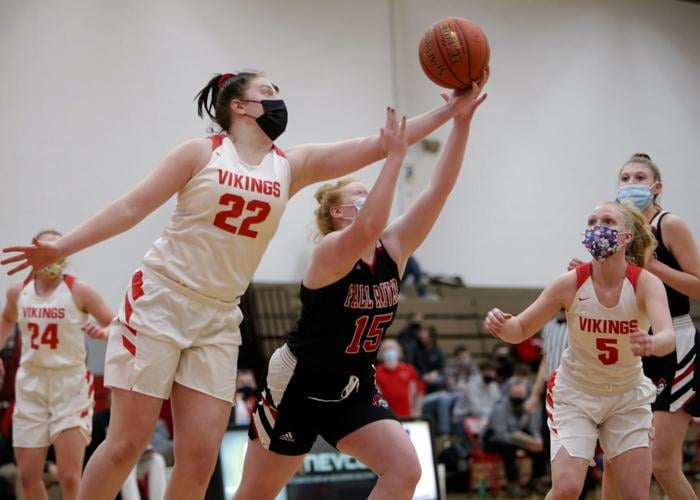 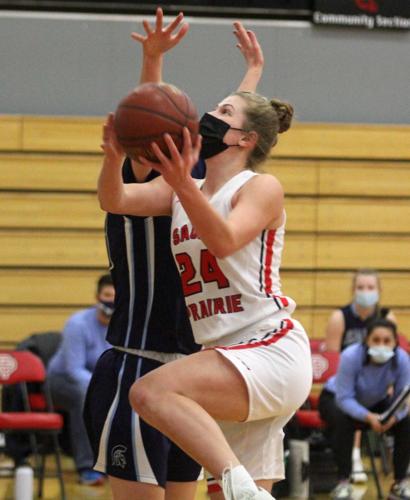