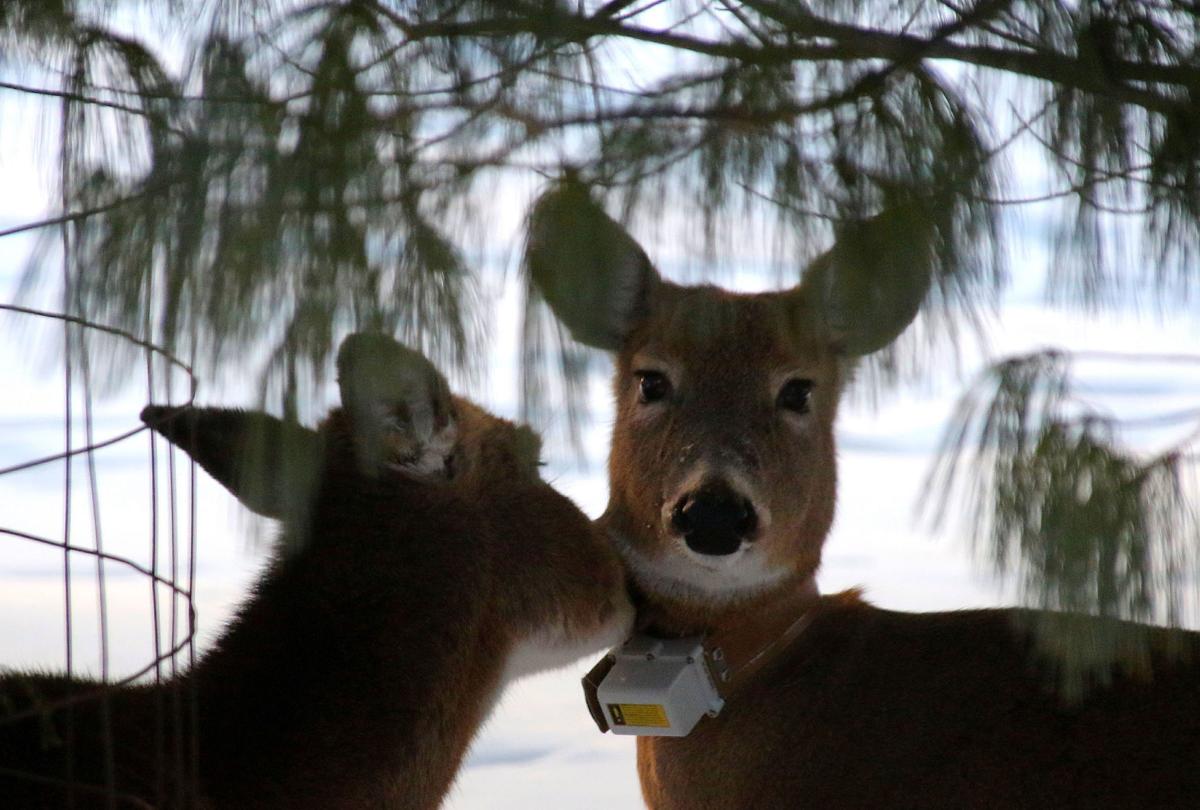 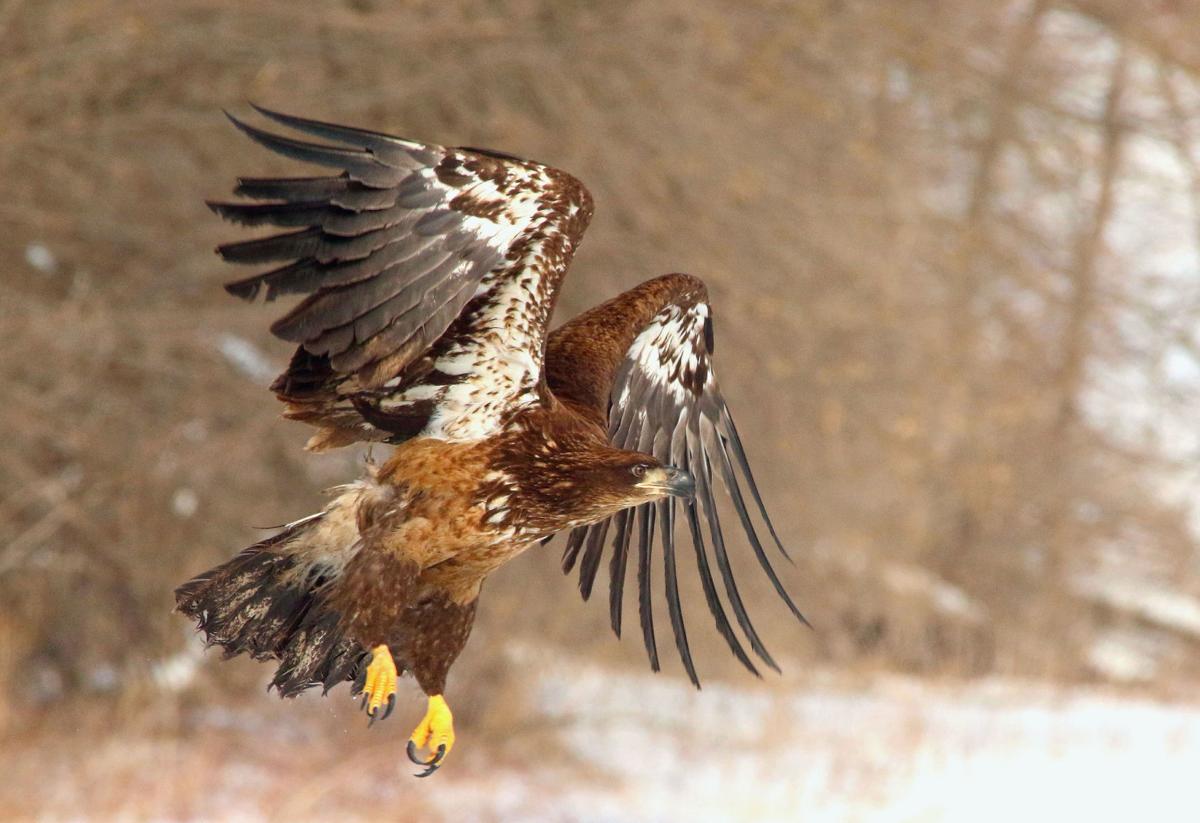 An immature bald eagle take to the air showing its varied colors. 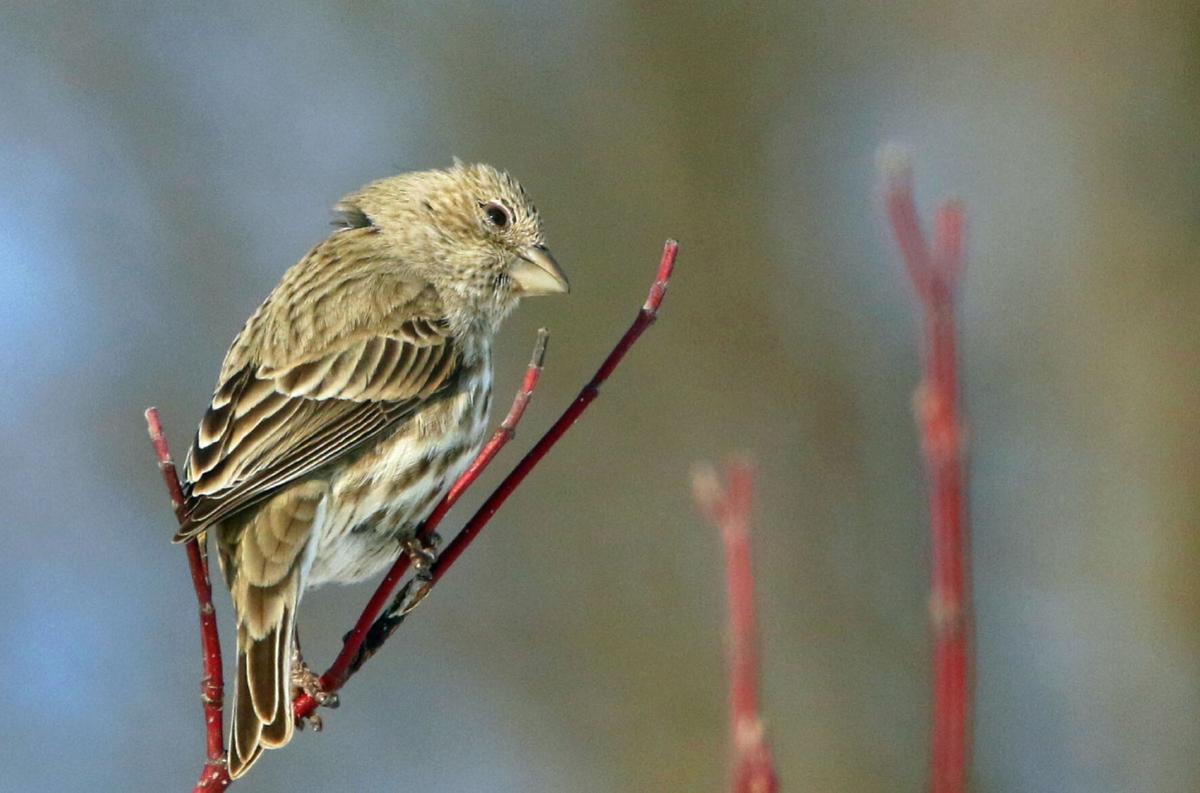 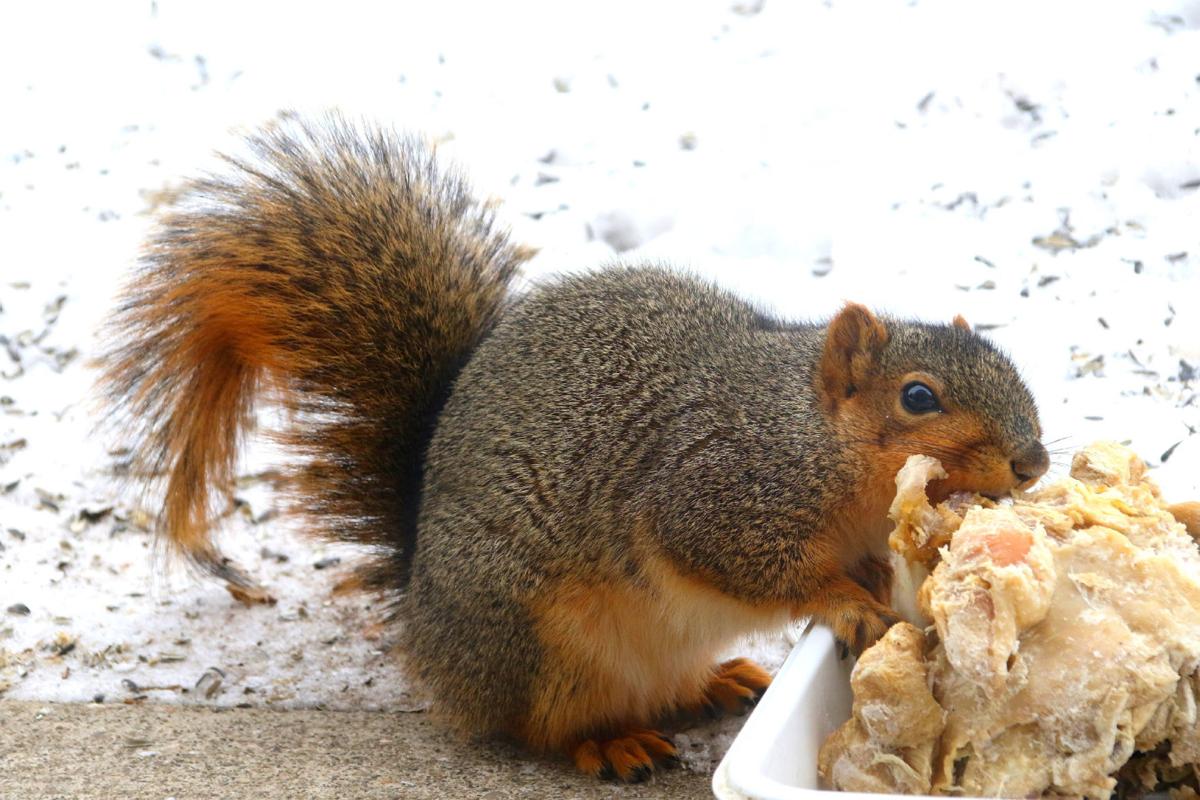 When regular food is short, this fox squirrel turns to a turkey carcass. 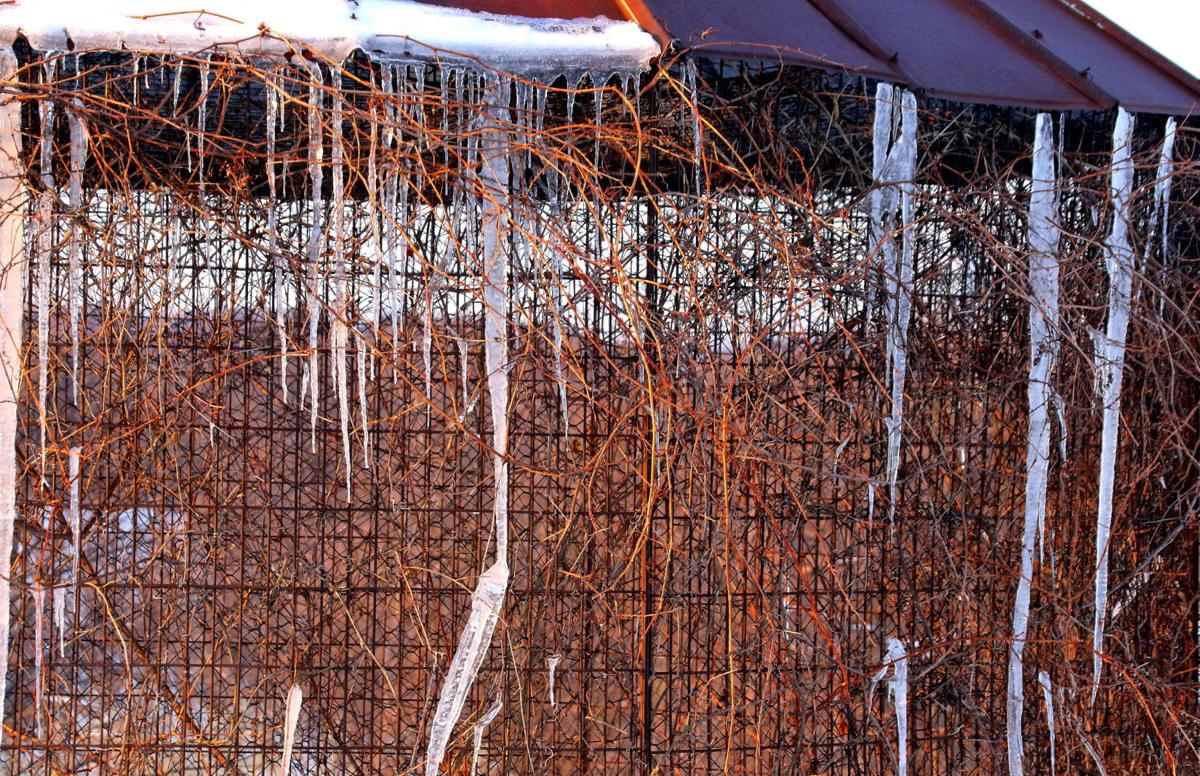 A combination of netting wire, grape vines and icicles show off an old corn crib to art photographers.

That idle time has been expanded exponentially in some situations, as many people lost their jobs.

Gathering is a convenient term for any outside adventure, regardless if it involves taking plants, animals or fungi into possession or just seeing a bird or plant and thinking about it for a moment.

Many folks have turned to gathering Wisconsin in the broadest of ways. That big picture shows gatherers engaging from simply walking out and looking at ice crystals; photographing wildlife struggling through winter; incorporating exercise with observing nature; becoming weekend farmers raising and harvesting; and taking from the wild by fishing, picking, hunting and collecting. All that and much more is how we gather.

In any or all these ways, this gathering has them becoming outdoors men, women and children. There is no need to call them in from the woods. So much the better if they are not out of the woods yet.

These and dozens of other ways now find people have reconnected, or connected, with nature.

In a few cases, the desire to use these activities for food and finances have become the reason to be outside. Some people’s reason is selling artwork created, while others are publishing experiences observed or experienced, guiding others in this lifestyle, bagging a turkey or deer, or frying a fish.

Data is now available for some recreations being practiced. One study found hikes logged in 2020 were up 171%, with the number of hikers increasing 135%. Even those who were already hiking creased their activity level.

These are not made up numbers, as nearly eight million cases were analyzed.

Where hunting and fishing licenses have been required and sold, solid numbers and evidence is also available.

Even returning or new fishers or hunters in some states get a break in license fees, so DNR agencies can say for certain if an increase in hunters is due to those new to the activity or returned after a five-year layoff.

Vortex Optics customer sales specialist, Ryan Muckenhirn, in Barneveld, said the increase in optics for hunting to bird watching has been remarkable.

“Inquiries, email, texts and phone calls are telling us a lot are new to this lifestyle and adventure,” Muckenhirn said. “Hunting, shooting, general birding and bird feeder watchers have picked up binoculars, spotting scopes and are watching out their windows.”

Now that Wisconsin weather has begun to turn more spring-like, activities will surge even more.

“People need to be aware there is still ice and snow, which can be very slippery and sometimes dangerous,” said Doug Williams, of D & W Sports Center in Portage.

Last autumn’s equipment shortages have continued, according to Don Martin, of Martin’s in Monroe.

“So many items, like snowshoes, are just not available,” Martin said. “Ice augers, and reels for ice fishing were ordered but never came. I have a few reels in the case.”

Dealers selling products could not supply hunters with ammunition and warnings were whispered about garden seed supplies being short.

Have turkey calls and calling run its course? Maybe to some degree in terms of providing information, but the discussion may still be valuable to put hunters in a mindset to play a tune to a gobbler.

Game feeds were — and will be — greatly missed in some circles, too, just about the time we might like to see what all this wild food tastes like.

Will those turned away by a shortage of supplies get frustrated? Williams doesn’t think so.

“I don’t see that happening because it was families, grandparents, small children, teens all reconnecting in the family and doing something together rather than everyone going their separate ways. They can all ice fish, shoot archery, camp and hike, too,” Williams said.

One might pay visits to second hand stores, garage and yard sales, town cleanup days, and even advertise a need in a local paper.

The winter sturgeon spearing season is going well, in spite of fewer spectator opportunities, which the DNR expects to return.

It appears the on-again, off-again wolf season is running a short course this week.

Animals are becoming stressed, but so far have found survival foods ample. With “snow removal” in the forecast, more vegetation will show, and so will shed antlers.

NBA Finals: What is the best result for the books?

Should there be concern around the Yankees?

Should there be concern around the Yankees?

An immature bald eagle take to the air showing its varied colors.

When regular food is short, this fox squirrel turns to a turkey carcass.

A combination of netting wire, grape vines and icicles show off an old corn crib to art photographers.