This week’s column is a wild ride in what is a never-ending world of crazy times, I hope you enjoy!

I am driving on Interstate 39 near Stevens Point and pulling my 18.6 War Eagle. My plan is to camp on a lake in Oneida County near Three Lakes and fish sumo bluegill on the spawning beds. I am sick as H-E double toothpicks and have been for eight days. I had a COVID test and that was negative — major headaches, lung, and throat issues — I am going to turn around and go home but I stick with the plan, I should not be driving.

In the back seat is Ruby and her 8-week-old pup Red who actually should be called Rebel as she is crazy as my buddy Marty Haney was back in high school. Marty died young!

Two days ago, Red was chewing on something, it was a very old chunk of mouse poison. I made a call, was told to get two tablespoons of hydrogen peroxide down her throat. Five minutes later Rebel barfed up the poison, and two minutes later she was in her nonstop world of attacking her mother.

I am at a remote landing on a beautiful lake, all I want to do is sleep. I launch my boat which is loaded with camping gear. I tell Ruby and Rebel to stay, as I am slowly pulling my empty trailer out of the water Rebel decides to disobey orders and is completely run over by the trailer.

I figure Rebel is going to die on the same day as her master at a remote launch on a beautiful lake. Rebel squirms into some weeds and does not die, Rebel crawls over to me and does not die, Rebel sees Ruby, her biggest adversary, attacks her and now five days later is still alive. I start fishing/hunting for big gills, all I catch is very small gills and perch. I move a lot, I’m running out of daylight and have no idea where I will camp.

On my fifth move I catch what I believe was a 10-inch sumo, pigasauras gill, I no longer care if Rebel or I die as I am in heaven. I catch two more and must find a place to camp. I accomplish that goal and of course throw out lines while unloading and building camp. I catch seven of the fattest most beautiful, hogasauras, piglets (bluegill/sunfish in the world). At dark I retreat to my tent with Rebel and her mother, I honestly felt that I may expire in my sleeping bag.

Today the weather was picture perfect, and I did not lose my health until mid-day. I had the pleasure of fishing with my friend Ed Smith who was the longtime owner and operator of Northwoods Insurance in nearby Crandon. Ed sponsored my column for many years and that is how we met.

Ed is a golden retriever fan and interacted perfectly with the pups as we spent a day in the boat and caught some beautiful gills and sunfish. I think it is very cool to see a person in my age bracket that has stayed an outdoors person and now gets to enjoy a healthy retirement.

Naturally after Ed left, I became very sick and the bluegill spawn literally ended. Between the rest of the afternoon and the next morning I only caught four keepers and I could tell the spawn, at least for this lake was over for 2022.

So I get sick again about the time I get to where Rebel about met her Waterloo earlier, trailer the boat, drive to Abbotsford to BBD Sporting Goods, get me a barrel of bait, some peanut butter and scent (the peanut butter spilled in the back of my truck and it’s ugly).

I drive to bear central which in some cases, like on this day is not where you should be pulling an 18.6 boat with a 90 E-TEC on the back and I honestly felt like I could fall over dead and become bear food!

After all the trials and trivialization of the last 10 days, one of my baits has bears hitting it like crazy. Obviously, some of these bruins, according to the pictures are well aware that it is the breeding season.

In short, I had some world class photos. The next morning, I was back to the doctor and found out I have an upper respiratory infection, and today I feel like the undertaker may have to wait a while before burning me up!

Mark Walters is a freelance columnist for Lee Sports Wisconsin. Contact him at sunsetoutdoorsmen@gmail.com. The opinions are the writer’s.

Those berries on nature hikes are starting to bloom. Here is what to know about which are safe and what to look for.

Natural resources studies have led to an abundance of opportunities

Selina Walters spent much of her junior year at UW-Stevens Point getting practical experience and will spend her summer in Montana to learn even more.

Walters hosted some visitors up north around Necedah.

Senior at Beaver Dam High School is trying to raise money to renovate equipment of a disc golf course at Crystal Lake in Beaver Dam.

While rain can spoil summer plans, there are many advantages to it throughout the summer season.

While rain can spoil summer plans, there are many advantages to it throughout the summer season.

U.S. swimmer rescued by coach after fainting at world championships 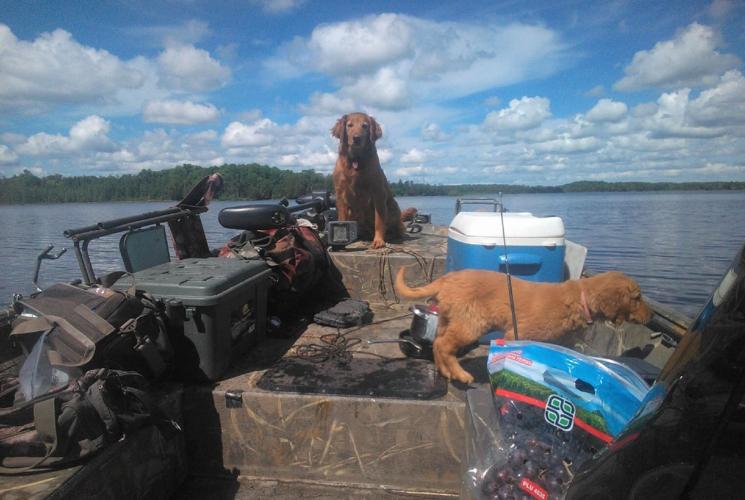 The pups on the boat ride back to the landing after an interesting trip. 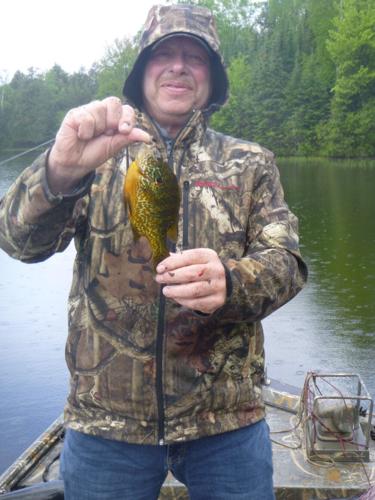 Ed Smith, of Crandon, with a beautiful red eared sunfish. 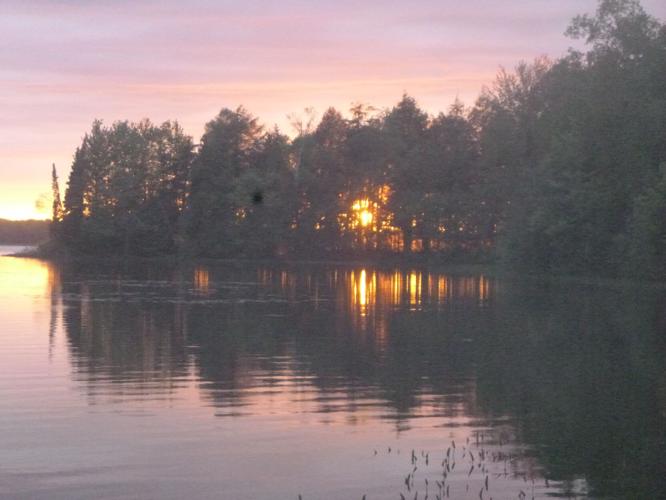