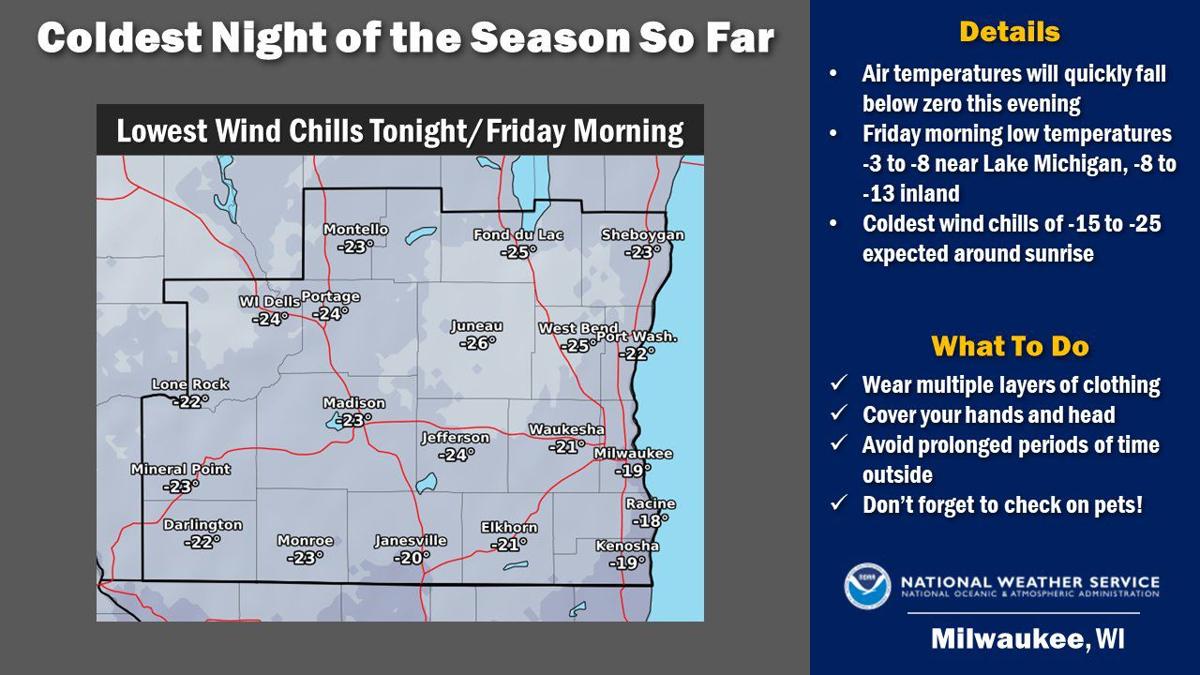 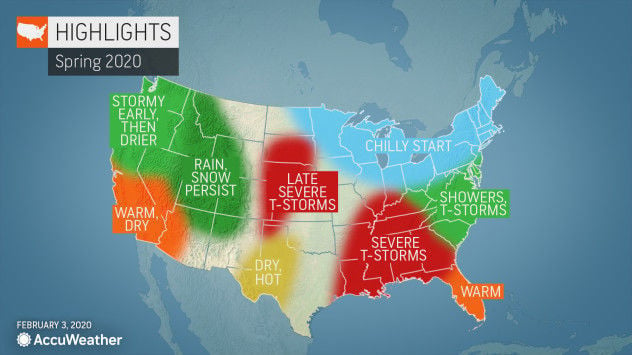 Madison has not officially seen a below zero reading this season, but that will change overnight, with record lows possible for some locations across the state, according to forecasters.

The light snow that started overnight was ending for south-central Wisconsin by mid-morning as the arctic air moved in.

Madison’s monthly lows recorded at the Dane County Regional Airport have been 4 on Nov. 12, 1 on Dec. 18, and zero on Jan. 19 — a sharp contrast to last winter’s polar vortex-influenced record-setting cold stretches.

Upper Midwest looks to have snowy winter, but polar vortex may not impact region

The area won’t see the lows reached last winter and it won’t be an extended stretch of frigid cold, but wind chill values could reach 20 below or colder and prompt a wind chill advisory, the National Weather Service said.

At the Dane County Regional Airport, it was already down to 8 at 7:53 a.m. Thursday, making it difficult for road crews to clear roads of the snow that fell overnight, resulting in slippery roads and slow travel times.

And conditions may get worse before they get better, with temperatures dropping until they bottom out around 10 below Friday morning and gusty north winds causing blowing and drifting snow.

Elsewhere across the state, overnight lows should be around 14 below in La Crosse and Eau Claire, 10 below in Green Bay, 1 below in Racine, and a bone-chilling 19 below in Eagle River, the Weather Service said.

Officially, 1.3 inches of snow fell in Madison on Wednesday, with a post-midnight total not available.

In Madison on Thursday, there’s a chance for snow before 10 a.m., then flurries through noon, with cloudy skies, gradually becoming mostly sunny, a high near 11 and north winds around 15 mph and gusting as high as 25 mph producing wind chill values between 5 below and 10 below, the Weather Service said.

After a low overnight Friday into Saturday around 7, Saturday’s forecast features a 30% chance for snow after 7 a.m., mixing with rain after 4 p.m., mostly cloudy skies, and a warming trend with a high near 35.

Skies over Madison should be mostly cloudy Sunday, cloudy Monday, mostly cloudy Tuesday, and partly sunny Wednesday, with highs near 32, 33, 29 and 24, and lows Saturday night through Tuesday night around 21, 20, 22 and 12.

27 Storm Track’s Tsaparis said that once the storm is done delivering 1 to 3 inches in the Madison area, 2 to 4 inches to the south and east, and less than an inch to the north and west, there will be quiet weather with a few flurries possible Saturday and Sunday, a light mix Sunday night into Monday night, and light snow possible Tuesday.

As temperatures drop, there are steps people can take to stay safe during the cold weather. (Source: American Red Cross)