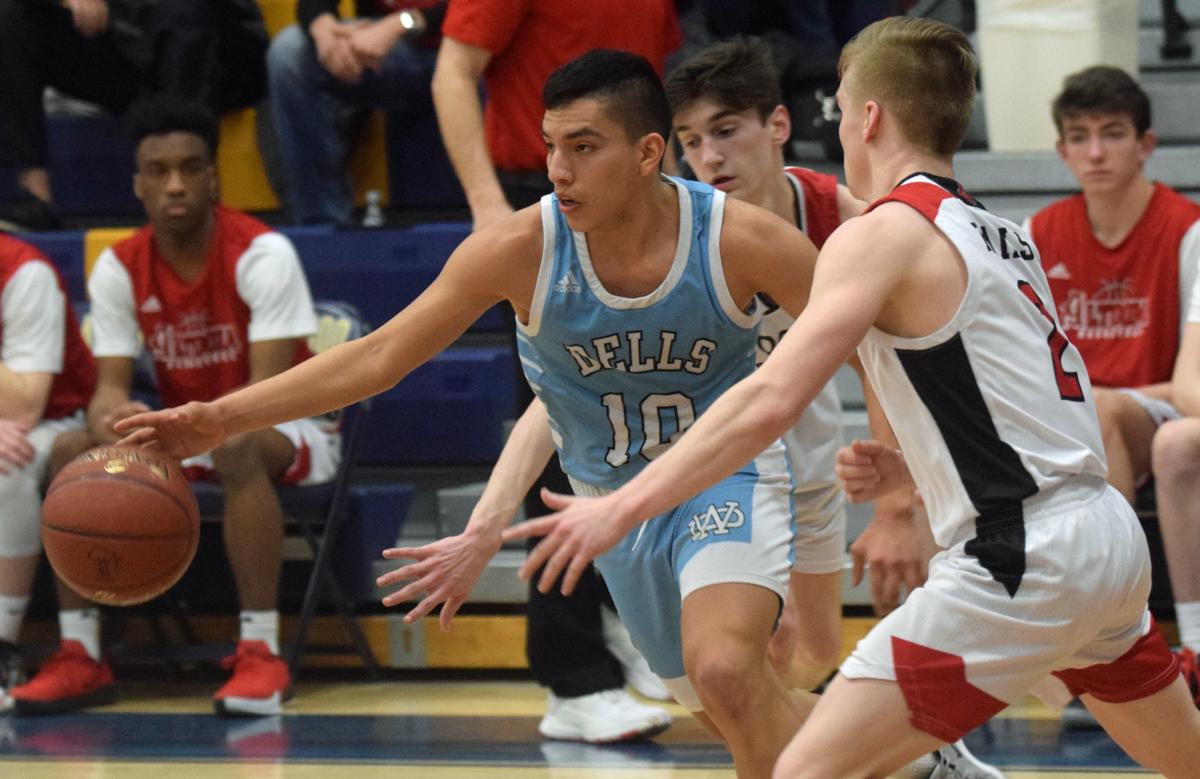 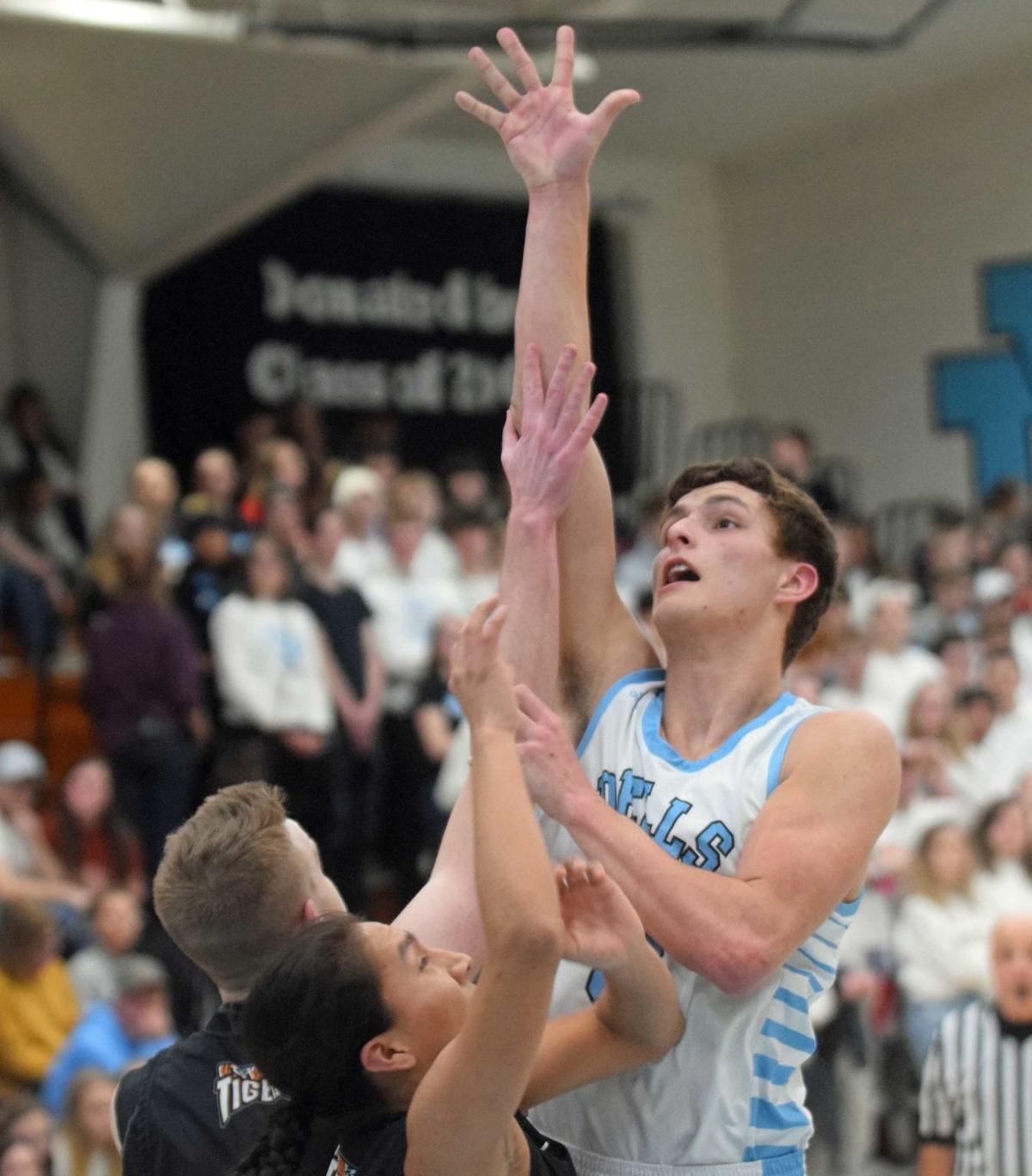 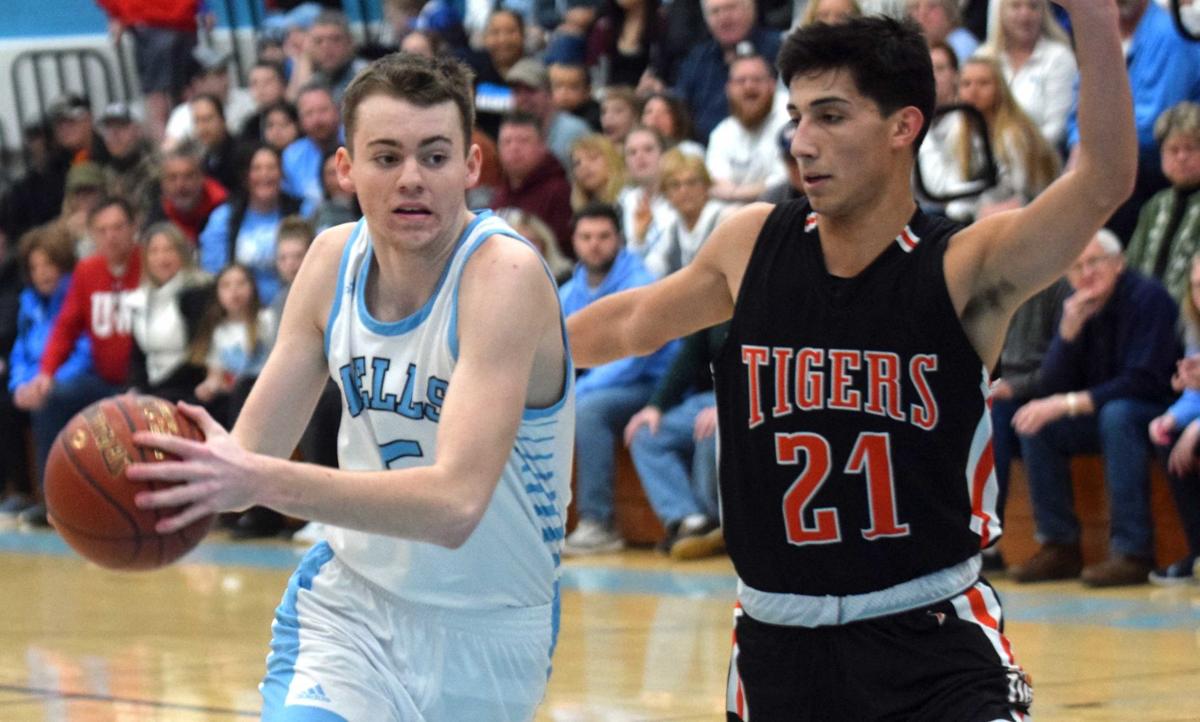 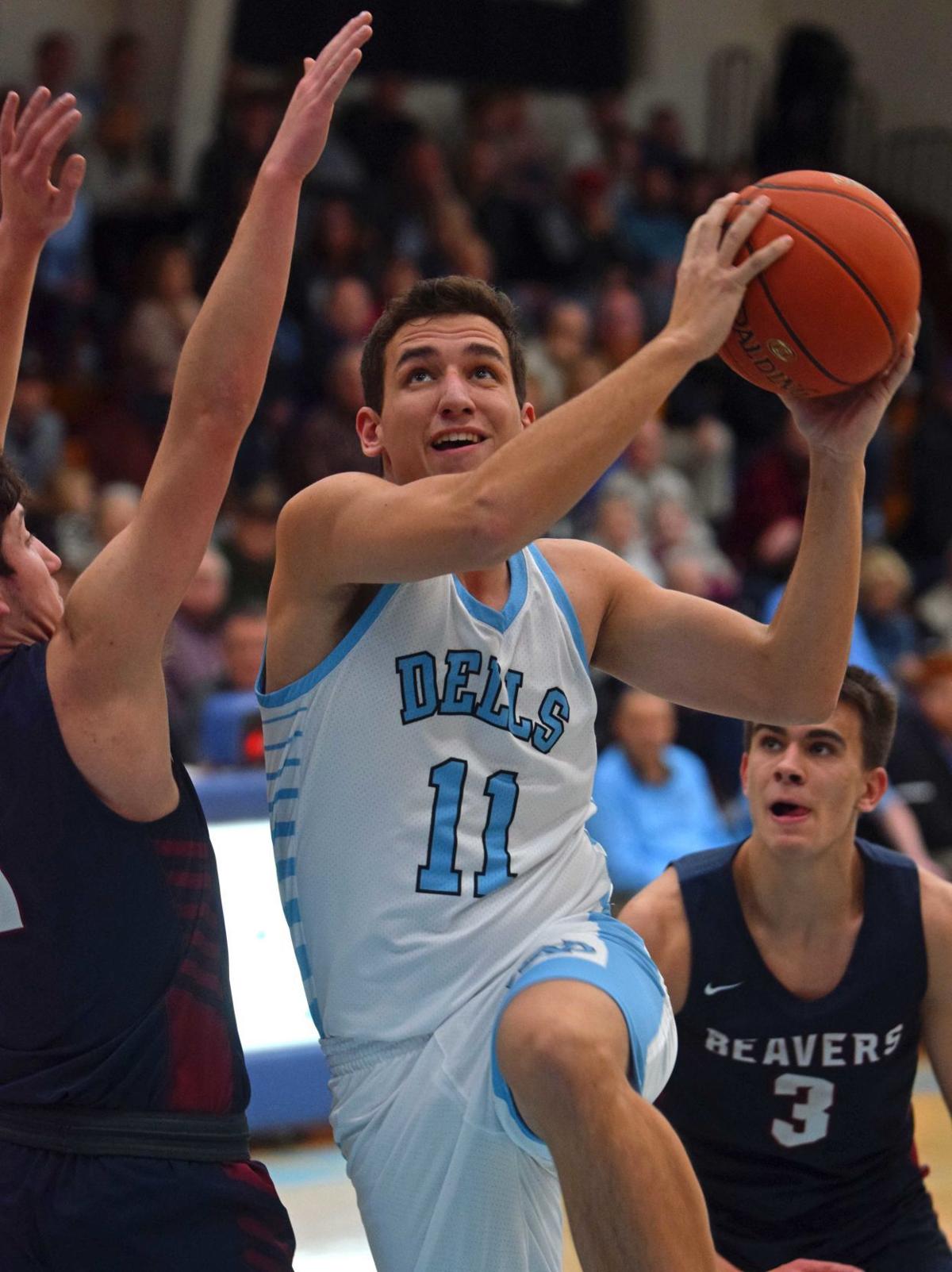 As the point of the Wisconsin Dells boys basketball team’s vaunted zone defense, Bryson Funmaker often helped set the tone for the Chiefs this season.

The senior again set the pace, as he was recently named Co-Player of the Year for the South Central Conference as one of four Chiefs to garner all-league honors. Funmaker shared Player of the Year honors alongside Mauston senior Cade Hall, who earned the honor for a second consecutive season, while senior Sam Millard also earned unanimous first-team recognition.

Senior Riley Eck was the fourth Wisconsin Dells player honored, as he was named to the All-SCC second team. The Chiefs, who finished the season the season 24-1 overall and 10-0 in league play, advanced to a third consecutive sectional final game before the season was cut short due to the COVID-19 pandemic.

Wisconsin Dells featured a balanced attack all season, thanks in part to Funmaker.

Along with his offensive stats, Funmaker was also a force on defense using his agility to average 3 steals per game. Coupled with his 75 steals, he forced 65 deflections and also snagged 2.8 rebounds per game.

Right alongside Funmaker was Millard, who was a lethal inside-out threat for the Chiefs. The 6-foot-8 forward added 11.4 points per game and shot 45.7% from the field, but also shot 40.4% from behind the arc.

Millard, a UW-Platteville commit, was also active around the rim, finishing with a team-high 27 blocks.

Rounding out the first-team honorees is Hirst, who again helped to command the Chiefs on both sides of the ball. The 6-foot-3 guard was part of the Chiefs’ three-headed scoring monster alongside Funmaker and Millard, also averaging in the double-figures with 11.1 points per game.

Hirst was also very reliable, shooting 46.7% from the field, while also not being afraid to share the ball. Hirst averaged a team-high 4.6 assists per game and also led the Chiefs on the glass with 5.3 rebounds per game.

Hirst scored in the double figures 16 times, including a season-high 21 points in the Chiefs’ 66-39 win over Wautoma on Feb. 21, helping Wisconsin Dells clinch a third consecutive South Central Conference title.

Defensively he provided a massive one-two punch at the top of the Dells zone with Funmaker, averaging a team-high 3.2 steals per game. Coupled with his 79 steals, Hirst also created 64 deflections.

Coupled with the first-team selections, Eck garnered second-team honors to make the all-league team for the first time in his three-year varsity career. Eck scored three fewer points per game than last year, but still provided plenty of depth averaging 7.9 points per game.

The 6-foot guard shot 46.8% from the field and was one of the best Dells shooters from the free throw line, where he made 78.4% of his shots. Eck scored in double figures nine times, including a season-high 15 in the Chiefs’ 80-40 win over Nekoosa on Jan. 10.

Eck also averaged 3 rebounds and 2 assists per game, while adding plenty of skill defensively. He finished with 57 steals and 30 deflections on the season.