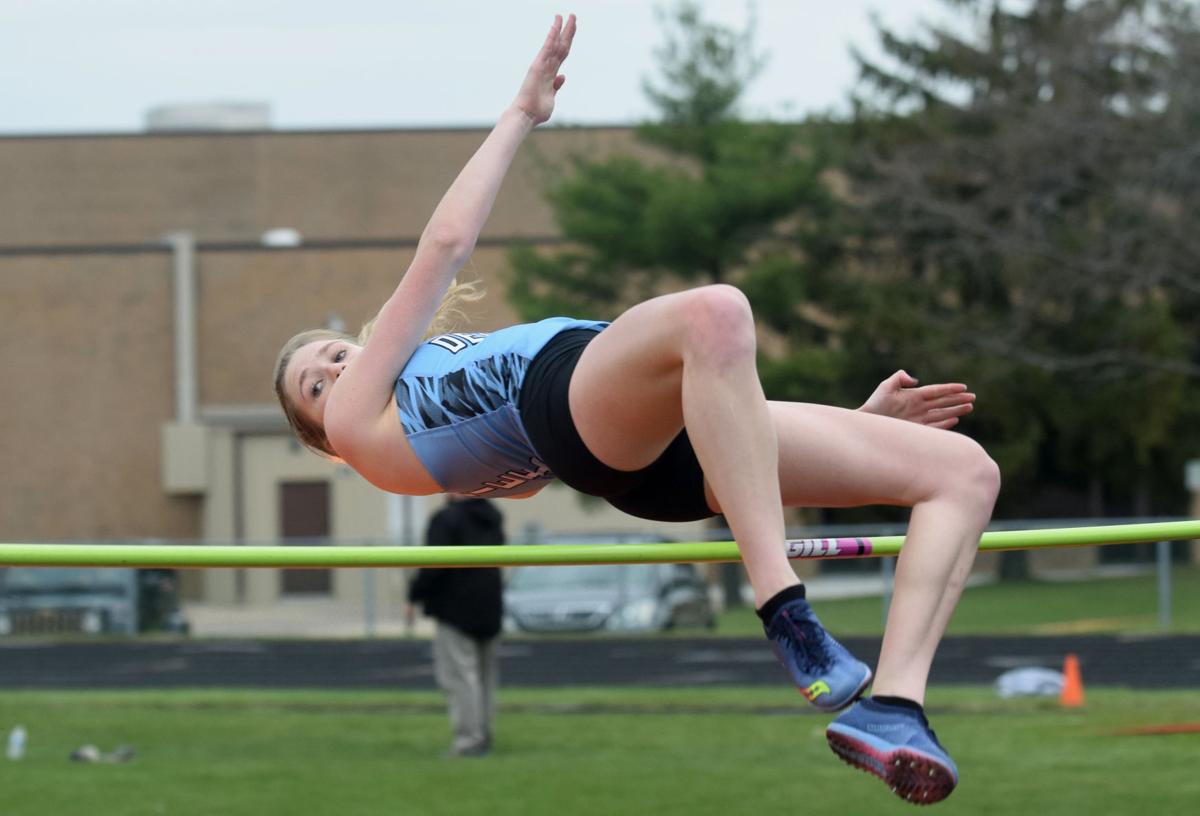 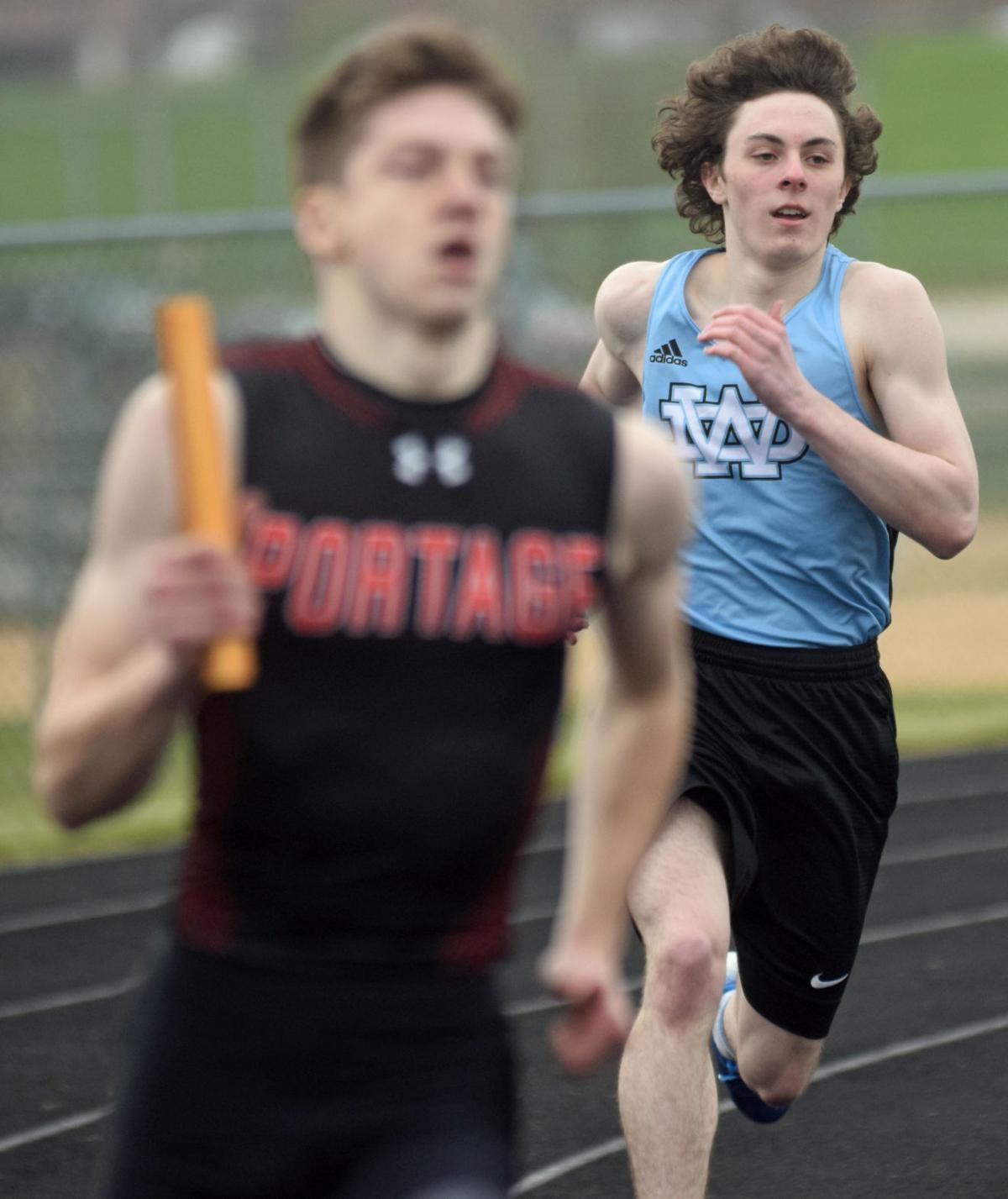 Wisconsin Dells' Kyle Brand races around the third turn during his leg of the 4x400 relay during Tuesday's Portage Triangular at Bob Mael Field. 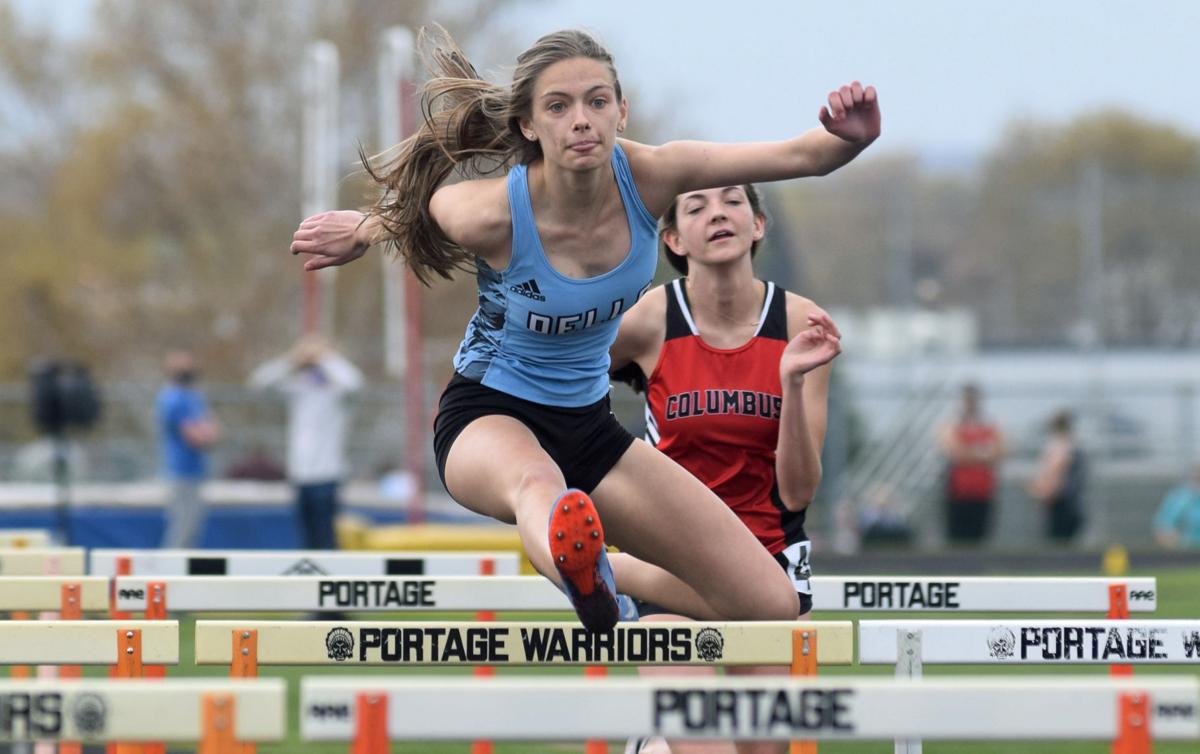 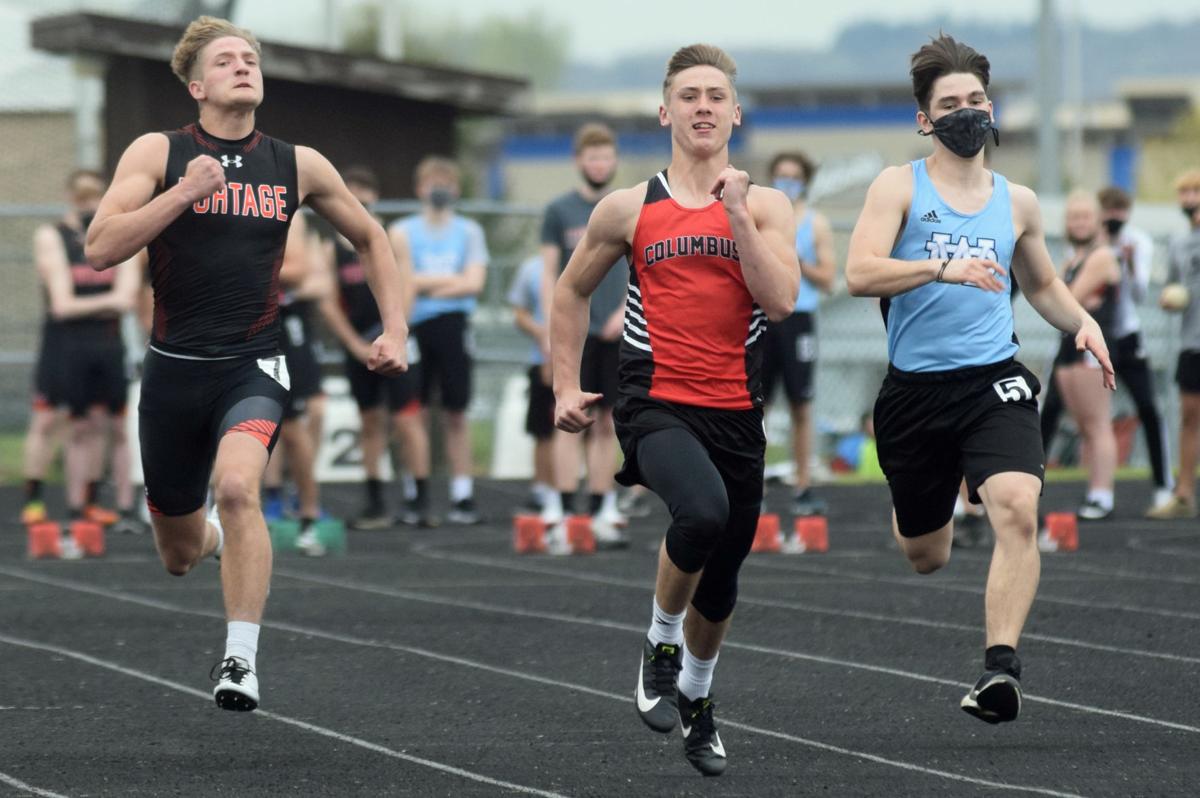 There’s definitely a certain amount of rust expected to set in after a significant time off.

Despite being away for nearly two years, the Wisconsin Dells track and field team looked like it never skipped a beat on Tuesday night as the Chiefs kicked their season off at the Portage Triangular. It wasn’t exactly the desired results team-wise, as the Dells boys finished second and the girls third, but Chiefs coach Troy Nelson was just excited for the kids to get back to work.

“It’s awesome for the kids. Really to prepare only for a week — we had 15 contact days before this but not a lot of kids showed up — for this meet, I think the kids did well, all things considered,” he said.

“I think it’s great. Usually at this meet, there’s 10 or 11 teams here, and good teams, too. So for us to come out with some young kids, who haven’t been out for track, to be successful, it’s huge.”

Wisconsin Dells certainly has plenty of youth as the Chiefs boast just four seniors combined between the boys and girls teams. That’s not to say this year’s crop doesn’t return experience, especially on the girls side.

The group also shined in the field as Anchor took second in the high jump (4 feet, 11 inches), while Jones was sixth in the long jump (12-2¾). Nelson knows he’ll rely on the group immensely this spring.

“We’re going to rely hugely on them with the numbers being low. We’re a little over 20 girls, but I think in our conference, Wautoma has seven, so I’m not sure what the rest of the conference is like,” he said.

The cupboard isn’t completely bare behind the top trio, however. Junior Alisia Schwark won the 100 hurdles in 18.16 seconds and followed that with a runner-up finish in the 300 hurdles. Elsewhere, junior Madison Wilson won the pole vault with at top mark of 7 feet, 6 inches, while sophomore Lydia Zapuchlak (2:53.61) and junior Jadyn Torkelson (2:54.63) took second and third, respectively, in the 800.

“We have some other girls out where it’s their first year — last year would have been their first — that are going to be contributors too. If everyone does their job, we should be okay,” Nelson said of the girls squad, which scored 51.5 points to finish third in tightly contested team race.

On the boys side, the Chiefs finished second behind the host Warriors with 43.7 points. While the team race wasn’t close — Portage breezed its way to victory with 94.3 points — there were plenty of bright spots as Wisconsin Dells tallied five victories in an array of events.

Helping lead the way was Kyle Brand as the junior edged out Portage’s Emmett Brockley by less than a half-second to win the 400 in 56.11 seconds. Brand also kicked off the Chiefs’ winning 1,600 meter relay.

He set the table for juniors Peyton Knapton and Lawson Machovec, before they turned things over to Patrick Metz, as the sophomore anchored the team to a winning time of 3:57.17.

Machovec won the boys pole vault with a top mark of 9 feet, while sophomore Jacob Rogers (18.37) won the 110 hurdles and junior Hunter Isaacson won the shot put with a distance of 46 feet, 3 inches. Sophomore Jon Leger and senior Nick Sabey added runner-up finishes in the 800 and 1,600, respectively, while sophomore Mikolaj Amaya took second behind Machovec in the pole vault and senior Preston Backhaus was third in the shot put.

“The throwing events we have a lot, Lawson in the pole vault and we’ve got distance runners. We need some long and triple jumpers, but we’ll find them,” Nelson admitted.

The Chiefs may have already found one in Amaya, who took third in the triple jump with a distance of 34 feet, 10¼ inches in just basketball shoes. Nelson said that if Amaya can get a pair of spikes “he could be in the mid- to upper-30s, and that will contribute, too.”

Nelson expects senior Matt Hoving to contribute down the road as well, while sophomore Carstyn Cook took second in the JV 100 dash, while sophomore Alex Salerno was third in the JV 200. Nelson said that the sprinting events could take some time as the Chiefs “don’t have any superstars, but we have lots of contributors as of right now.”

The Chiefs will need to find more in an accelerated season that has already cost them three meets this season — the Wautoma, Wisconsin Dells and La Crosse Invites. Nelson is hopeful that lack of premier competition doesn’t hurt the Chiefs down the road, but also sees the value in the smaller triangular and quadrangulars.

Nelson knows that helps set the table for success and builds the program down the road, as well as the team’s already strong chemistry.

“It’s the camaraderie, the leadership and that’s track and field,” he said. “It’s what I loved about it and practices are going great.”

In its season opening win, the Portage boys track and field team showed just how much speed it has this season.

Wisconsin Dells' Kyle Brand races around the third turn during his leg of the 4x400 relay during Tuesday's Portage Triangular at Bob Mael Field.