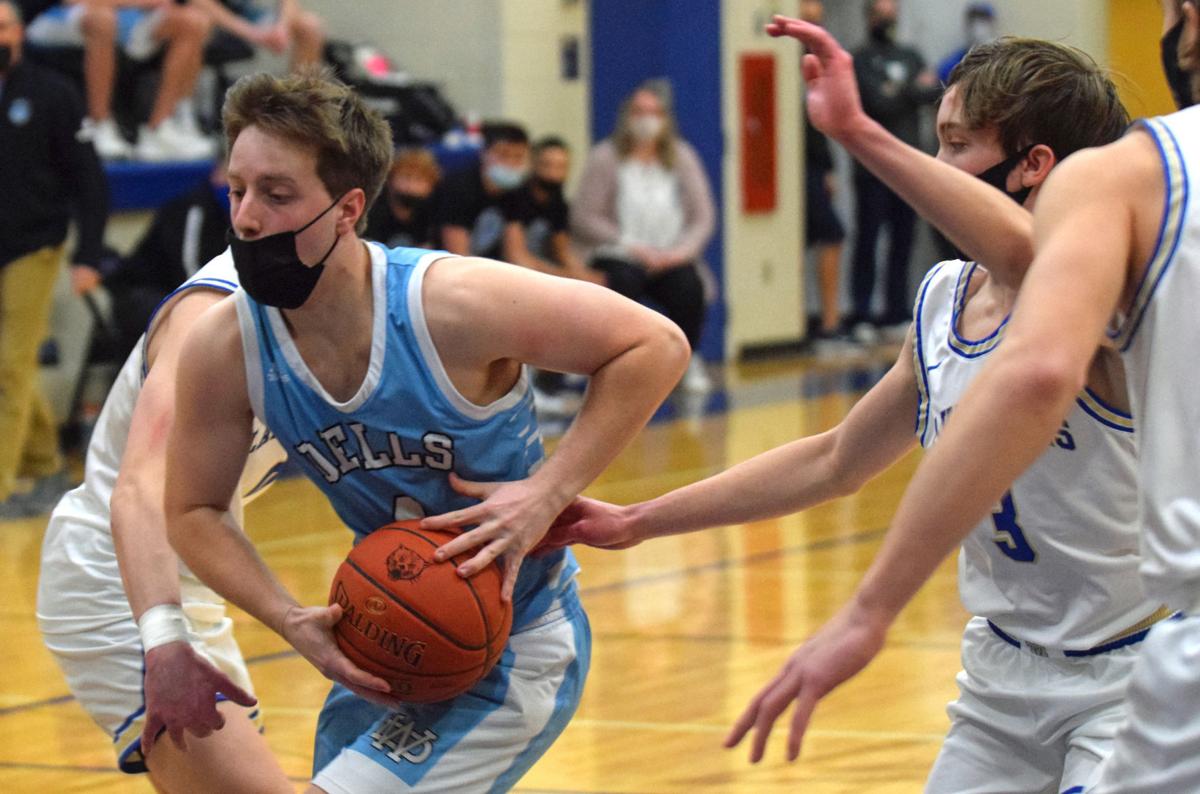 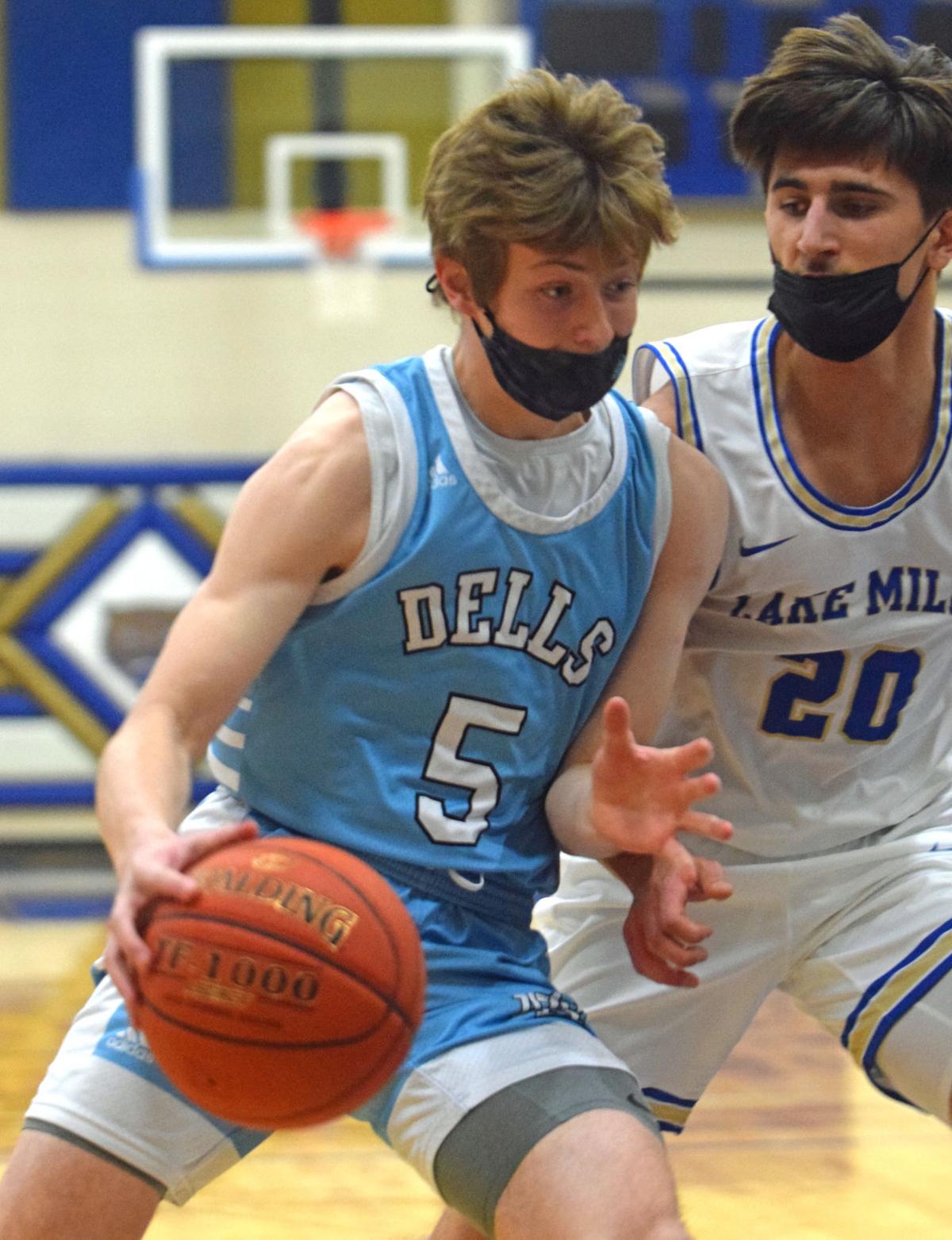 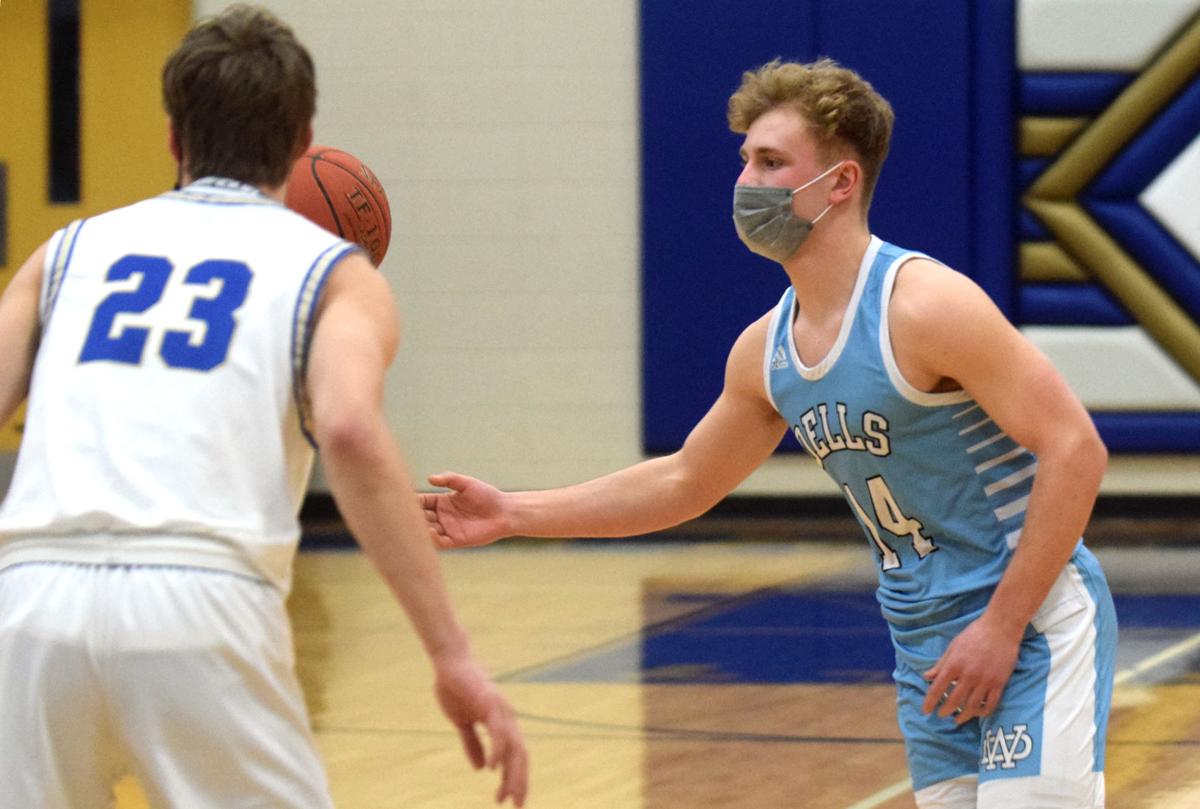 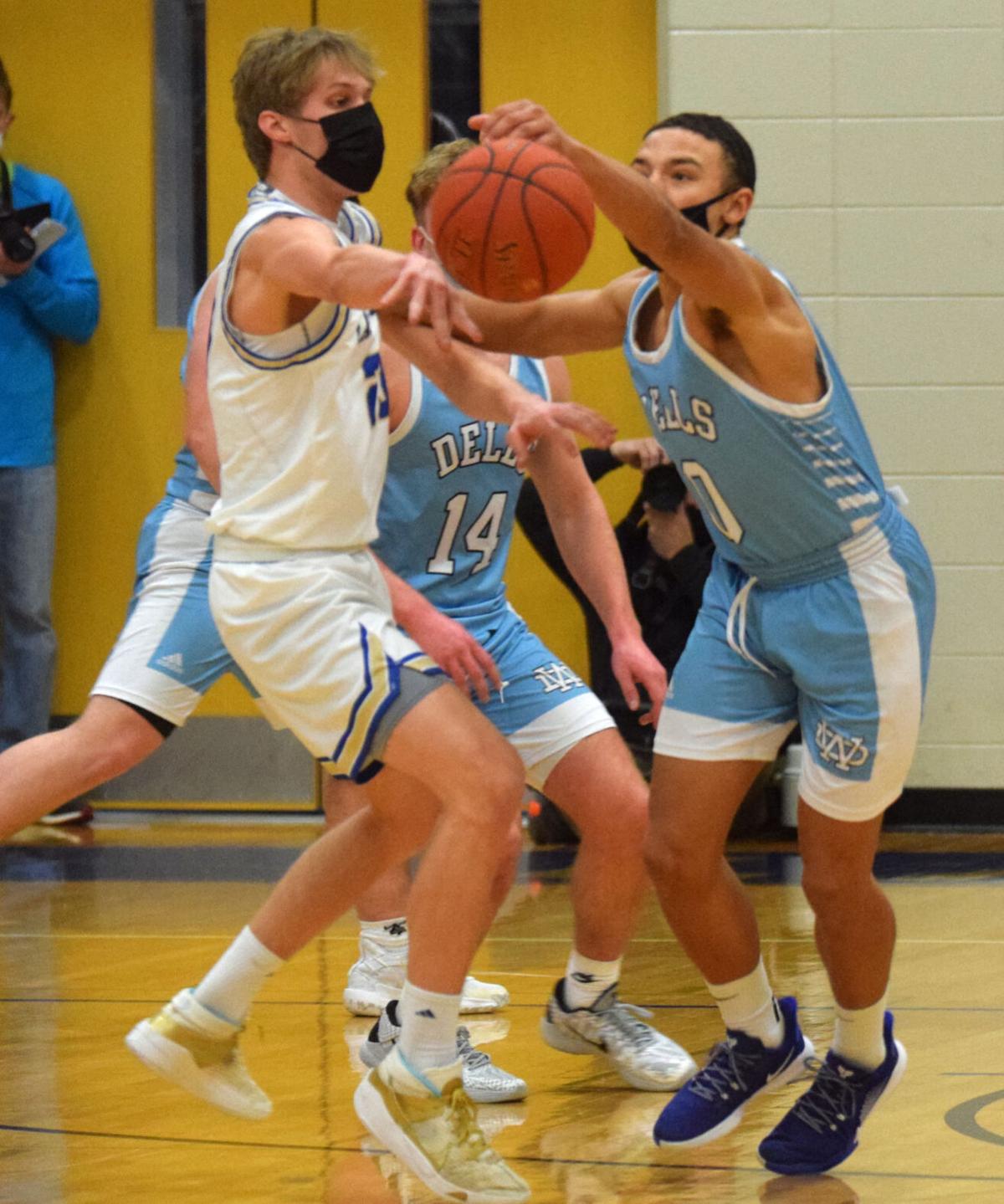 LAKE MILLS — During its current four-year tear, the Wisconsin Dells boys basketball team has hung its hat on a frenetic defense, oftentimes wearing down opponents.

The Chiefs had the script flipped on them Thursday night, and in doing so, saw their streak of consecutive sectional final appearances snapped at three. Third-seeded Wisconsin Dells led midway through the second half but ultimately went cold against No. 2 Lake Mills, suffering a season-ending 65-51 loss in a WIAA Division 2 sectional semifinal.

Junior Jacob Rockwell scored a team-high 18 points but it wasn’t enough to top the lengthy L-Cats, who advanced to their first sectional final since 2017. They’ll take on top-seeded Monroe in Saturday’s Div. 2 sectional final following the Cheesemakers’ 75-68 win over Madison Edgewood on Thursday.

“They’re very good and all the credit goes to them. I think they kind of wore us out inside a little bit and they were getting second chances,” Wisconsin Dells coach Brad Rohling said. “We were getting them to miss the first one, but we couldn’t get a lot of rebounds.

“They’re a little bit bigger, a little bit stronger at this point, but that’s why they’re really good. They competed hard, but I’m really proud of our guys and how we played and competed. We were a little undersized all night, especially down low, but we kept battling, battling and battling.”

That disadvantage inside started to sink the Chiefs (15-2) in the second half as the L-Cats clawed back in front. After trailing by as many as six at 38-32 on a Rockwell layup with 12 minutes, 55 seconds left to play, Lake Mills (22-5) answered with an 8-1 run over the next four-plus minutes.

Senior Charlie Bender, a UW-Platteville commit, got things started with a bucket before senior Jackson Retrum split a pair of free throws. Senior Adam Moen, who poured in a new career- and game-high 29, then sandwiched an old fashioned 3-point play and a reverse layup around two Drew Stoddard free throws to give the L-Cats a 42-39 lead with 7:35 to go.

Lake Mills’ offensive movement gave the Chiefs some issues, but for the most part they kept the L-Cats in check, especially from 3-point range as Wisconsin Dells only allowed 3 3-pointers. That success didn’t carry over inside the paint however, as well as on the offensive glass as the oversized L-Cats ruled the glass.

“And that’s what I was worried about, the offensive rebounds,” Rohling said, pointing out Moen especially.

“I bet he didn’t score outside the lane, besides that and free throws, and he’s just a really strong, good athlete and a quick jumper.”

Still, Wisconsin Dells continued to hang around, pulling within 42-41 on a hanging jumper by Rockwell with 6:35 to go. The Chiefs didn’t get any closer the rest of the way however, as they went cold thanks to the L-Cats defensive pressure.

Lake Mills also got a major momentum boost from Grant Horkan, as the 6-foot-3 senior came off the bench and buried his only bucket of the game, a 3-pointer from the right corner with 6 minutes remaining for a 45-41 lead.

“That was a big shot. He didn’t play a whole lot and that’s the guy you want taking the 3, but he buried it and give credit to him,” Rohling said.

The triple sparked a 16-5 run that effectively saw the L-Cats put the game on ice. Moen was instrumental in the putting the nails in the Chiefs’ coffin, scoring 12 of the points during the stretch, including the last 10 which featured a pair of 3-point plays, the second coming with 1:34 remaining for 58-46 lead.

Wisconsin Dells responded with a jumper and a free throw from Rockwell to inch back within 58-49 with 1:18 to go but it was too little too late as the L-Cats salted things away from the charity stripe. Lake Mills lived at the foul line most of the second half as it shot 24 of its 37 free throws after the break and went into the bonus with just over 8 minutes remaining and the double bonus with just under five to go.

Meanwhile, Wisconsin Dells never cracked the bonus and was whistled for 28 fouls, leading to senior leading scorer Barrett Witt fouling out with 4:35 remaining and ending his night with just seven points.

“We got into foul trouble and they started getting to the line, and into the double bonus with like five minutes to go. We never got to the bonus and they still were getting it inside, but we didn’t make it easy on them,” Rohling said.

That was certainly the case in the first half that featured seven lead changes and five ties, with the last coming on a Rockwell runner with 5 seconds remaining for a 30-28 lead at the break. The Chiefs built off the finish, stretch it lead to as many as six in the second half but it wasn’t enough.

“We did that, and we try to wear teams down but I think they wore us down a little bit, even though they didn’t sub as much as we did,” Rohling said. “But they were a little bigger and a little strong, and that’s why they’re a good team.”

Alongside Moen, Bender added 17 and Stoddard tacked on 10, while junior Will Michalsky had 14 for the Chiefs. It’s a bitter end for Wisconsin Dells as its hopes of another shot at the program’s first state berth since 2007 fell short.

However, it doesn’t understate the accomplishments of the senior class that includes Witt, Jaren Deering, Jace Knetter, Matt Hoving, Brett Weiss and Vance Beckwith, which picked up the mantle and captured the schools’ fourth straight South Central Conference and regional titles.

“We were right there and I’m really proud of our seniors especially, because I guarantee no one thought we’d be in the sectional (semifinals),” Rohling said.

“I couldn’t ask for anything more from our kids; if we make a couple more shots, yeah, but I think we competed and battled on the defensive end where we really hang our hat. We did a good job.”

There may not be a better way to define the grind that is postseason basketball than Jim Valvano’s “survive and advance.”

POYNETTE — Cody Odegaard exudes Poynette pride, through and through.

No one on the Necedah boys basketball team remembers the program’s last trip to sectionals.

Wisconsin Dells and Mauston accounted for five of the 10 players on the All-South Central Conference boys basketball team.