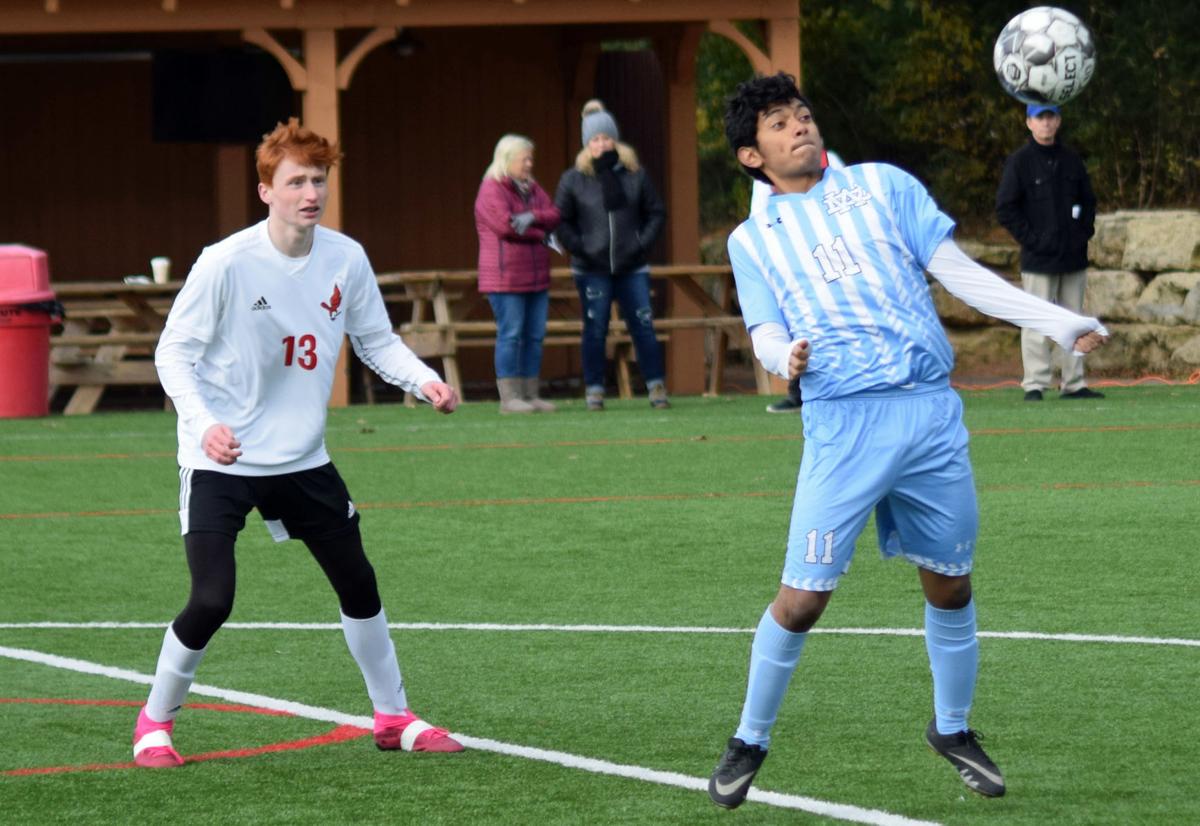 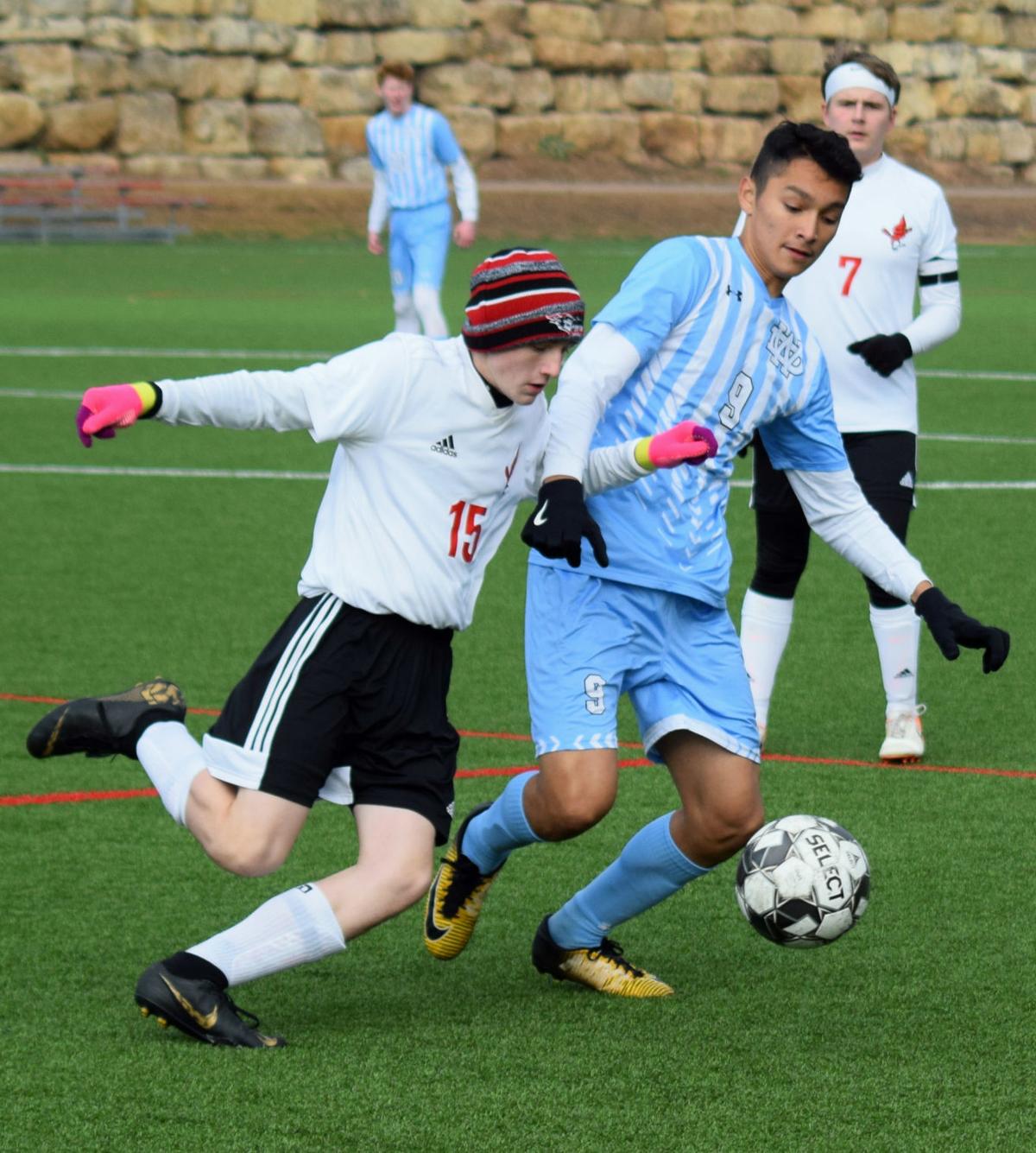 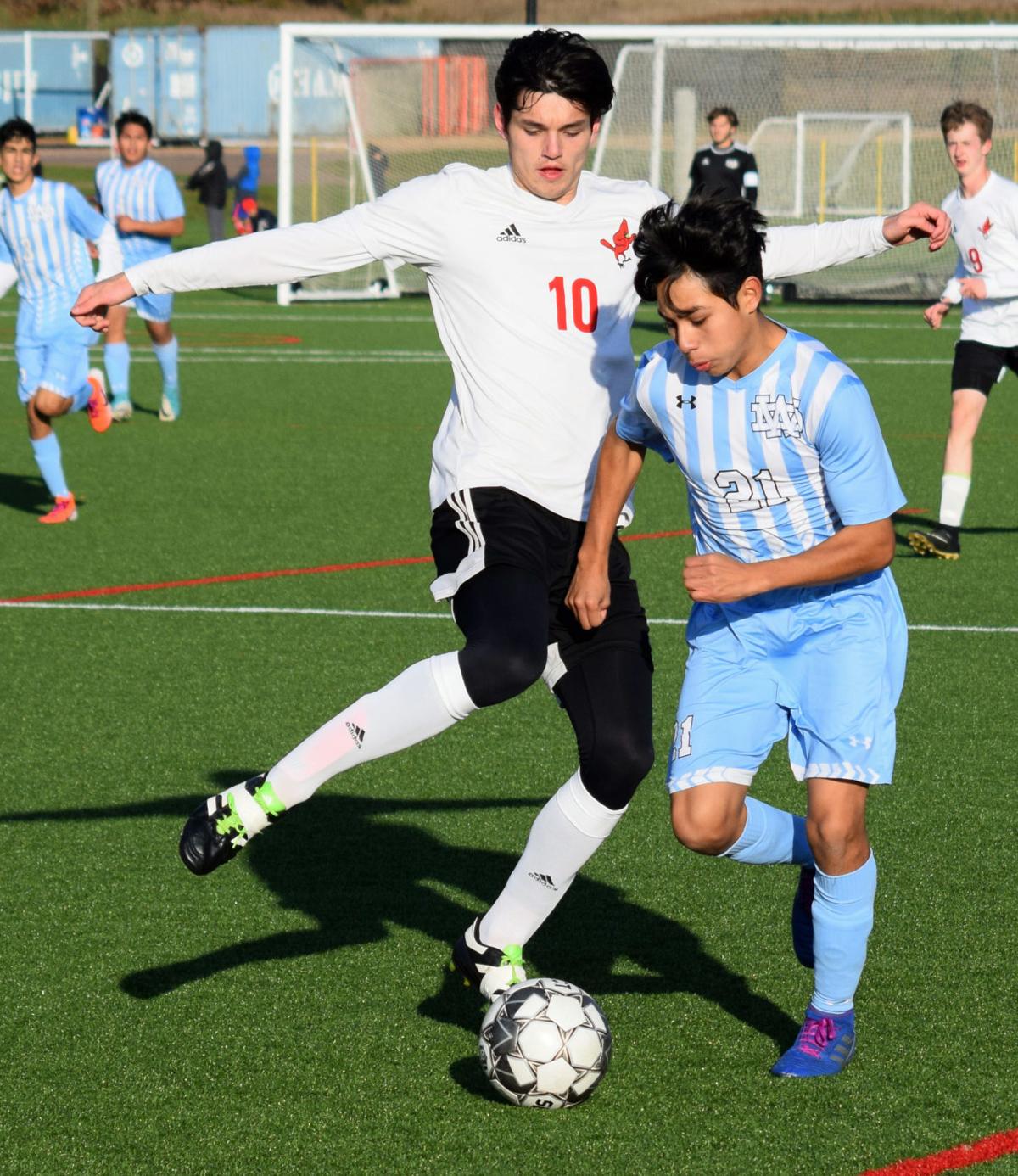 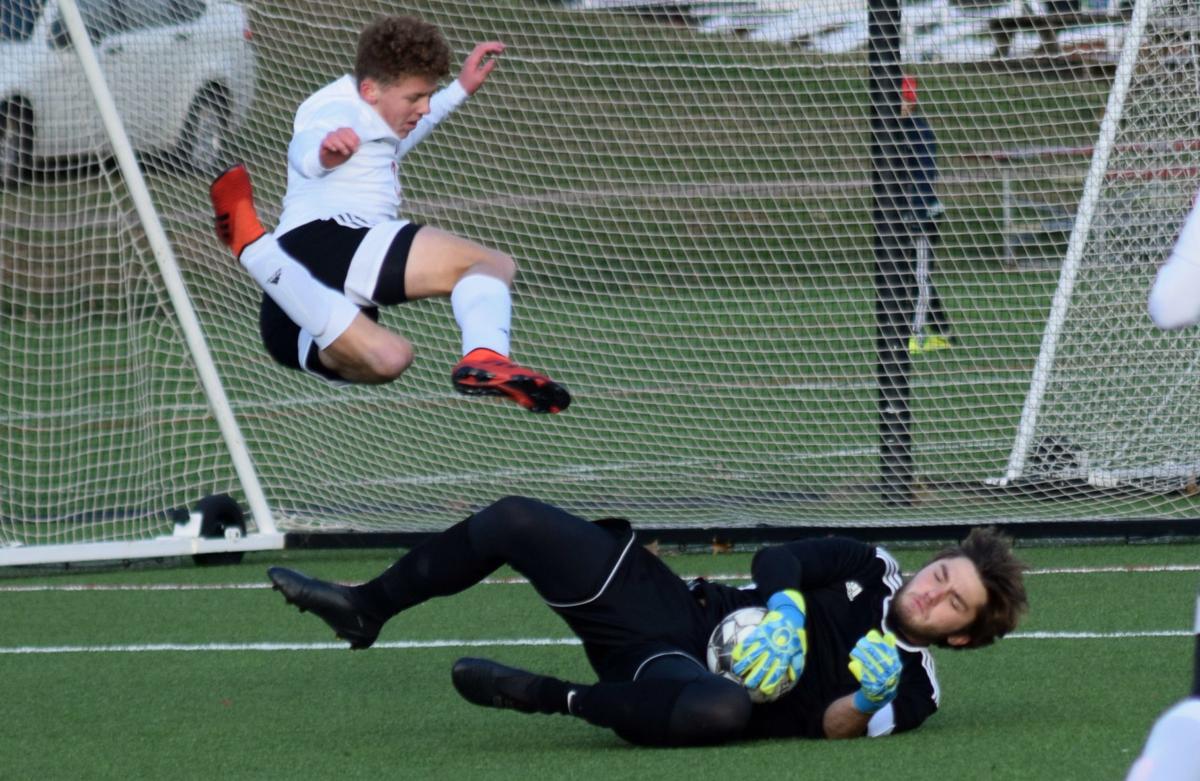 While its scoring has waxed and waned this season, the Wisconsin Dells soccer team’s defense has been on point, surrendering more than two goals just once.

The Chiefs back line was again up to task last Thursday night as the offense came to life for a 4-1 win over Stevens Point Pacelli in a WIAA Division 4 regional semifinal match at Woodside Sports Complex. Senior Guillermo Arias notched a pair of goals while the Wisconsin Dells defense surrendered just four shots on goal and controlled possession throughout as the Chiefs advanced to Saturday’s regional final against Arcadia.

“The mentality was right form the whistle to start pressuring and win every single ball,” Wisconsin Dells coach Ernesto Arias said. “I think the team did that really well, winning every ball, possessing the ball and backing up the defense. It was a really good game.”

Despite the stark contrast in ball control over the 90 minutes, Wisconsin Dells (8-5-2) found itself knotted a 1 after the Cardinals pulled even just before the half-hour mark of the first half. On its first true chance of the game, Pacelli freshman Dakota Wrezinski stole the ball from Wisconsin Dells freshman Manroop Benipal.

Wrezinski then delivered a through ball in front of Mason Schlagenhaft and the senior did the rest, slotting it home past Wisconsin Dells senior goalkeeper Ben Fish at 29 minutes, 55 seconds to tie things at 1.

After seeing its lead gone, Wisconsin Dells ramped up its pressure and ultimately got back on the front foot before halftime. Continuing to grind away at the Cardinals, the Chiefs earned a free kick near the top left corner of the Pacelli 18-yard box when Nick Sabey was cut out.

The junior midfielder took the ensuing free kick and fired a low shot for the far right post. The Cardinals were able to block the shot but not fully clear it as Wisconsin Dells senior Cade Ravenscroft fired home the rebound inside the left post for a 2-1 lead at 39:56.

“I felt like it was pretty big just based on getting the team hyped and getting them motivated to get more goals,” Ravenescroft said of his tally after missing the last three weeks due to a knee injury.

With the lead secure once again, the Chiefs continued to probe away at the Pacelli defense and finally padded their advantage just before the hour mark as Arias grabbed his brace. After sophomore Alejandro Salazar had a header pawed over the net by Pacelli goalkeeper Samuel LaMonte, the sophomore netminder let Guillermo Arias’ second-chance shot off the ensuing corner kick skip past him for a 3-1 lead in the 59th minute.

LaMonte, who made 23 saves in the loss, continued to stand on his head, notching back-to-back saves on consecutive Wisconsin Dells scoring chances, thwarting junior Will Van Dinter and Ravenscroft, with 15 minutes remaining.

Ultimately the Chiefs found the back of the net again though as freshman Isaac Sandoval picked out the bottom right corner at 80:39 for a 4-1 lead as the Chiefs saw out the final minutes.

“They possessed the ball for about 95 percent of the game and we really played as a team; we were linking passes and keeping it in their half,” Ernesto Arias said.

“We’re able to connect more with our feet throughout of the back and instead of doing what some high school teams do and play through their midfield, we’re able to play through our whole entire team based on our skill,” Fish added.

Wisconsin Dells wasted little time finding the back of the net, scoring just over nine minutes in as Guillermo Arias tucked home a Van Dinter chip shot at 9:06 for a 1-0 lead. Despite picking up their first postseason win since 2016 and advancing to their first regional final since 2013, the Chiefs converted on just 14.3 percent of their 28 shots on goal.

Ernesto Arias knows that the Chiefs need to put home their opportunities and Ravenscroft said the group will continue to improve on their finishing ahead of Saturday’s match with the Raiders. Still, it’s been a superb season for Wisconsin Dells as it returned to its first regional final since 2013.

“It’s huge based on how far our whole, entire soccer program has come as a whole,” Fish said. “My freshman year when I was able to play with my brother until now, it’s insane the growth of players that are coming in from the youth program.”

Wisconsin Dells’ hopes of a first-ever regional championship fell just short on Saturday as the Chiefs dropped a 4-3 heartbreaker in extra time to Arcadia.

After going to extra time tied at 2, the top-seeded Raiders (13-3-2) seized control in the first of two 10-minute periods, with Bill Breska and Christian Juarez scoring five minutes apart for a 4-2 lead.

Needing two goals in order to go to penalty kicks, Wisconsin Dells pulled one back with five minutes remaining as senior Jake Hale headed home a corner kick to make it 4-3. The Chiefs fought furiously to find an equalizer but time ultimately ran out.

“Every one of the players put their heart in this game,” Ernesto Arias said. “Coming back after every goal, challenging every player up there. I’m really proud of all the team for a great season.”

Arcadia claimed a 1-0 lead just past the midway point of the first half when Eswardo Cruz found the back of the net in the 29th minute.. Wisconsin Dells responded before the halftime whistle however as Ravenscroft scored off a corner kick from Van Dinter in the 39th minute to knot things at 1 at the break.

In the second half, Arcadia reclaimed the lead on a penalty kick goal from Lizandro Aguilar in the 55th minute before Van Dinter tied it at 2 at the hour mark. Neither team found a game-winner in the final 30 minutes of regulation before the Raiders finished things off in extra time.

Eyeing some momentum ahead of the playoffs, the Wisconsin Dells soccer team got just that in the form of a 4-0 shutout win over Wautoma/Wild R…