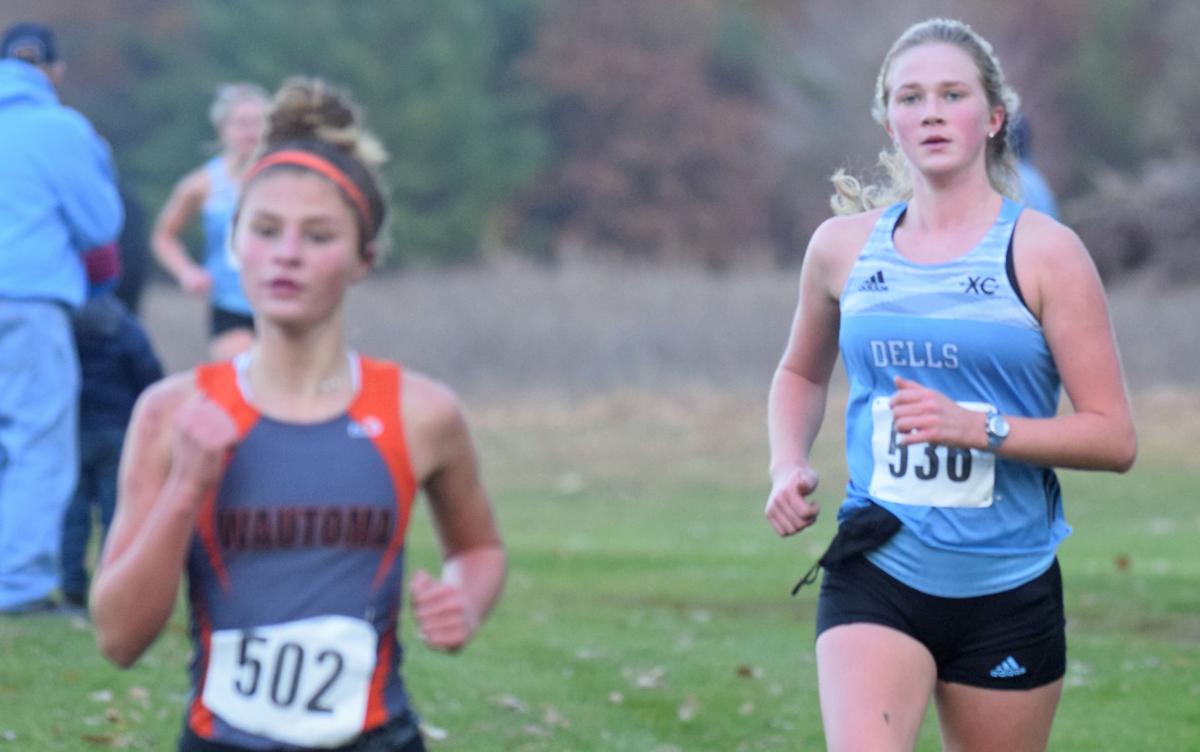 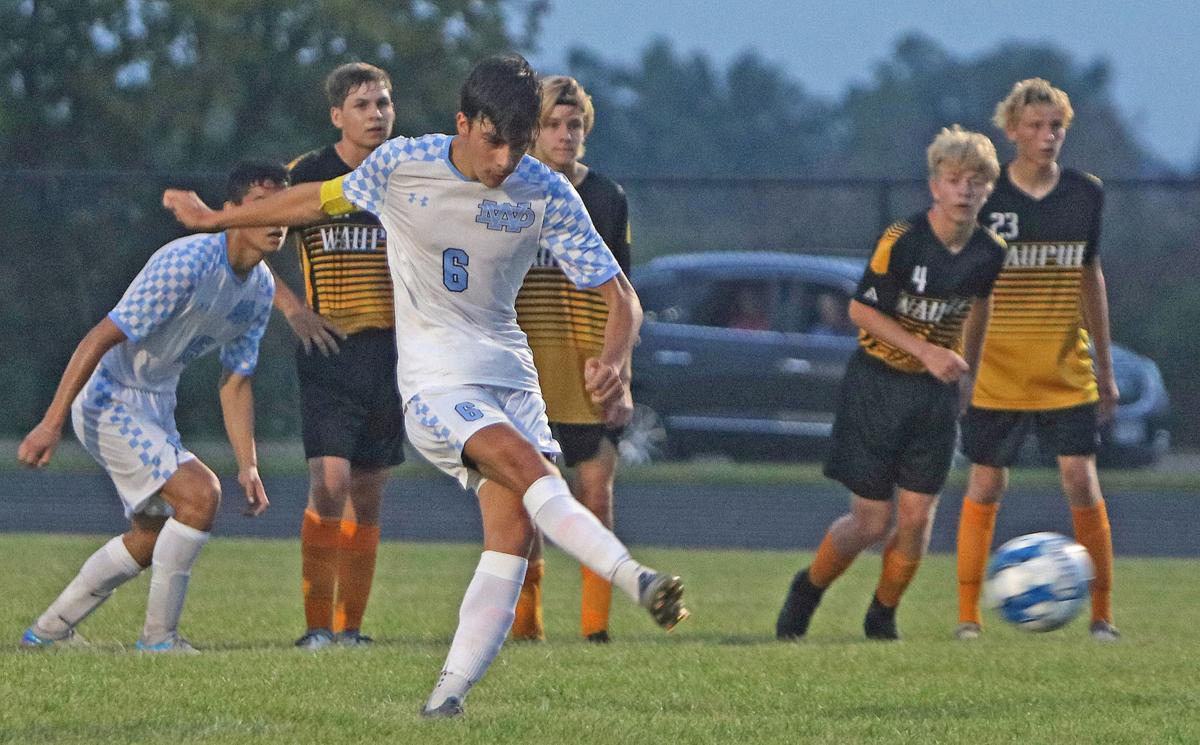 Wisconsin Dells' Yair Perez Ruiz scores on a penalty kick during the first half of the Chiefs' 7-1 win over Waupun on Thursday night at Waupun High School.

Entering the midway point in the season, the Wisconsin Dells cross country is starting to round into form.

The Chiefs’ ascent continued Tuesday night at Marshall’s Dana Waddell Invitational. The Dells girls tied for third as a team with 94 points, while the Chiefs boys scored 148 to take fourth out of a dozen teams at McCarthy Park in Cottage Grove.

New Glarus/Monticello swept the team events as the Glarner Knights scored 50 points to top Westby (94) on the boys side, while the NGM girls (42) pulled away from Darlington (91).

Posting the best finish of the day for the Chiefs was Hailey Anchor as the senior finished sixth in the girls race. In a tight field, Anchor finished in 20 minutes, 40.87 seconds, narrowly edging out seventh-place Audra Johnson of Westby (20:41.06).

Darlington’s Raquel Reuter won the girls race in 19:05.12, while Judith Meister finished off a sweep for the Redbirds taking second in 19:28.05. Along with Anchor, sophomore Maya Michalsky finished in the top-15 as she took 13th with a time of 21:21.50.

The Chiefs will return to action with next Tuesday’s Wautoma/Wild Rose Invitational at Camp Lucerne.

It’s been an incredible start to the season for the Wisconsin Dells soccer team as the Chiefs have outscored opponents 29-1 through the first five games of the season.

After grind out a 1-0 win over Watertown Luther Prep on Sept. 9, the Chiefs poured things on Tuesday as they rolled to a 4-0 win over Lodi in a Capitol Conference match at Wisconsin Dells High School to move to 6-0-0 on the year.

The Chiefs have had little trouble scoring this season, winning all but one game by at least four goals. Including its shutout over the Blue Devils, Wisconsin Dells has kept five clean sheets on the year, including a 10-0 mercy rule win over Wautoma/Wild Rose on Sept. 7 and a season-opening 7-0 win over the Hornets on Aug. 24.

The Chiefs, who sit tied atop the Capitol Conference at 3-0-0 alongside Belleville/New Glarus, continue their home stand next Tuesday as it hosts Columbus before welcoming Lakeside Lutheran on Sept. 23 and the Raiders on Sept. 28.

Wisconsin Dells' Yair Perez Ruiz scores on a penalty kick during the first half of the Chiefs' 7-1 win over Waupun on Thursday night at Waupun High School.