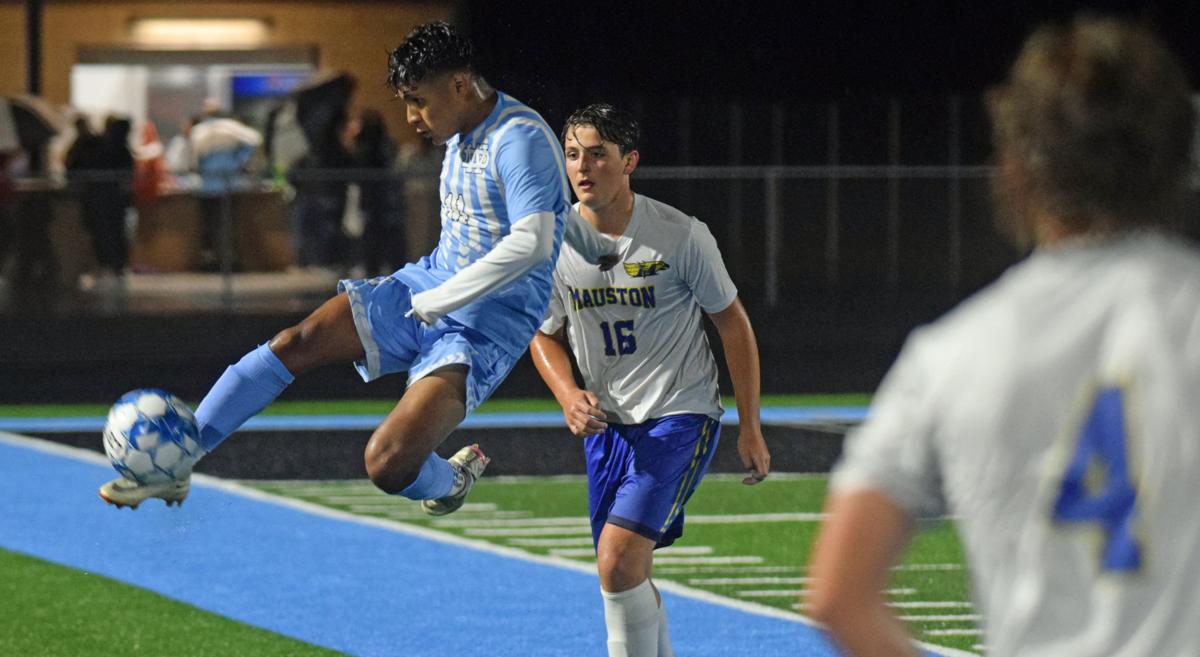 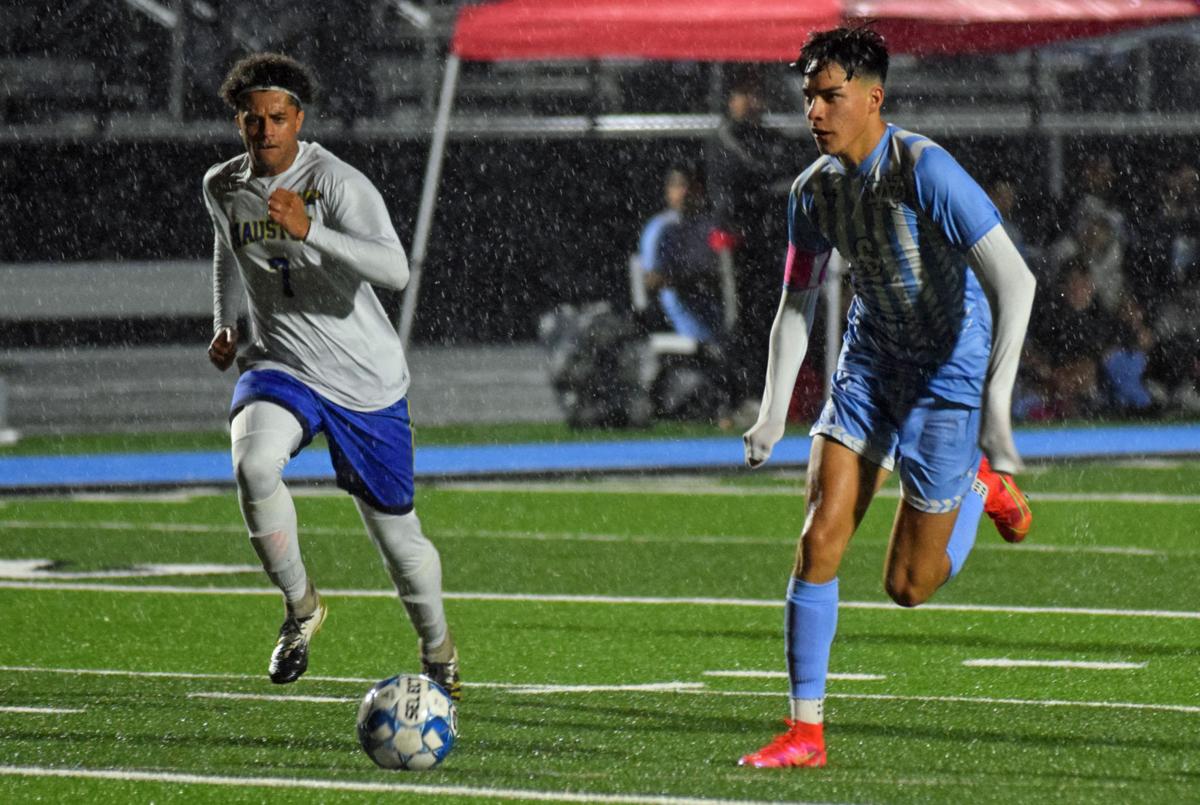 Wisconsin Dells junior Yair Perez Ruiz runs onto the end of a through ball ahead of Mauston's Dominic Golatt during Monday night's non-conference game at Wisconsin Dells High School. 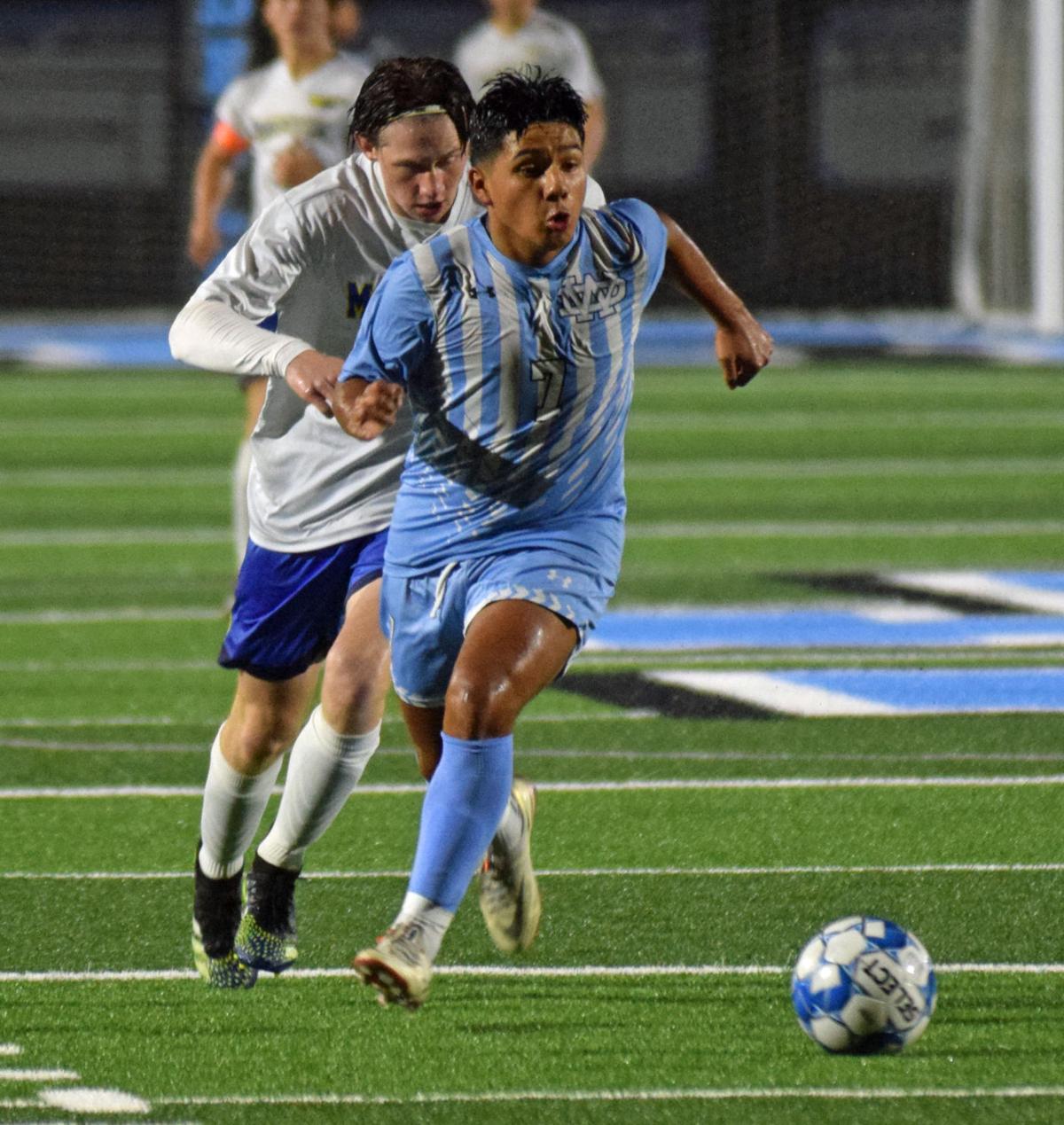 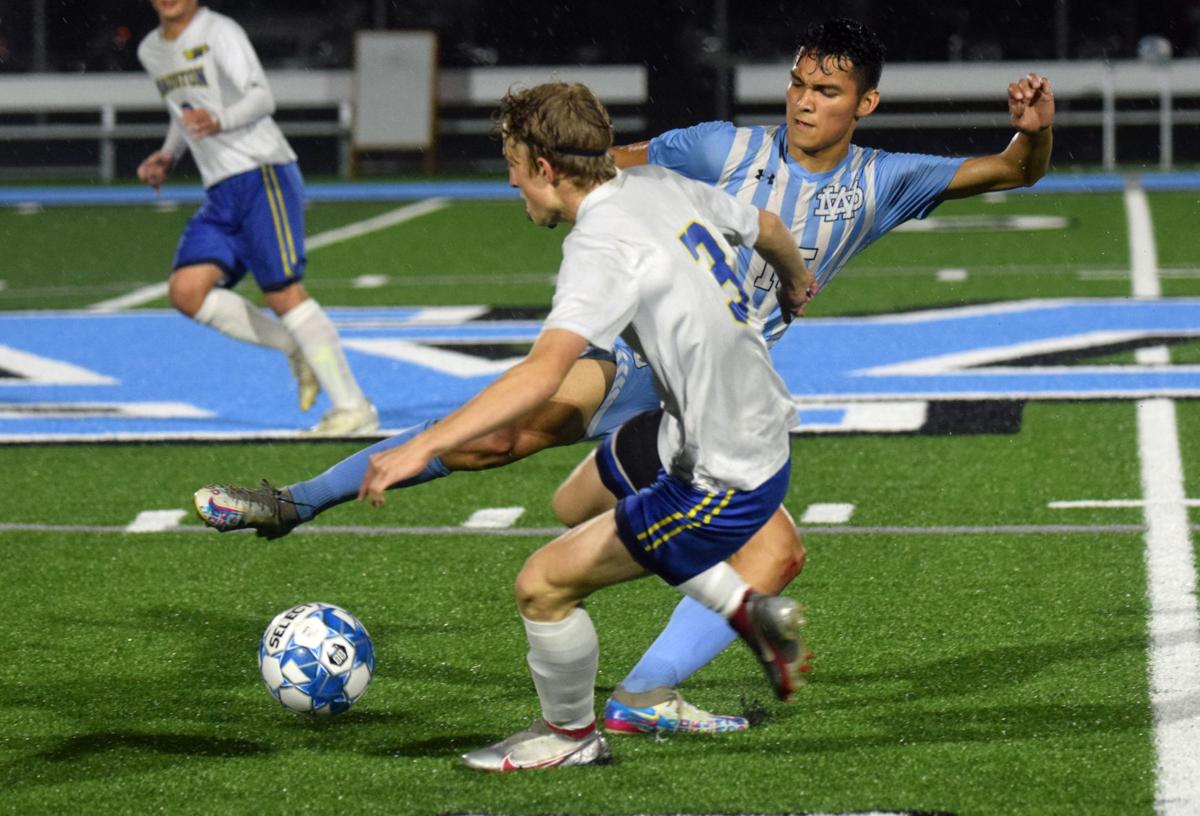 Playing time as an underclassman, especially at the varsity level, can be crucial to the trajectory of a player’s growth.

It’s a strategy Wisconsin Dells prep soccer coach Ernesto Arias has employed with the Chiefs over the last number of years, with a slew of younger players getting key minutes in games.

The fruits of that labor started to show two years ago when the Chiefs made their first regional final since 2013. While it ultimately didn’t work out — Wisconsin Dells lost in extra time to Arcadia, 4-3 — it gave the team plenty of motivation heading into last season, which led the Dells back to the regional final.

And while again it didn’t fully pan out the way the Chiefs wanted — they fell to Dodgeville/Mineral Point on penalty kick, 4-2, after playing to an 1-1 extra time draw — Arias and his team felt like they were scratching the surface entering this fall.

Wisconsin Dells opened the 2021 campaign rattling off nine successive victories, including seven shutouts, with an average goal difference of 5.56 goals per game. While that unbeaten run ended, the strong start has an already cohesive group eying more than regionals as the postseason looms.

Like a majority of their games this fall — Wisconsin Dells won all but one of its opening victories by more than a goal — the offense was clicking in concert from the opening whistle. Wisconsin Dells pumped in three goals inside the game’s opening nine minutes, with Rivas and Manroop Benipal each notching a goal and an assist.

For Salazar and Arias, it’s the team’s chemistry that has been a big help.

“They’ve known each other for quite a while and we’ve been seeing the results now. The chemistry is working really well and the time they’re working together is paying off,” Arias said.

A good amount of that stems from the fact a majority of the team didn’t have to sit on the bench and wait when they were underclassmen. Salazar reaped the benefits of playing as a freshman and is trying to pass along all he learned from his mentors.

“I learned a lot of things since my freshman year, and now coming into my senior year, I’m trying to show these guys what I’ve been taught,” he said.

It appears the group is definitely picking up what Arias is preaching on both sides of the ball. Offensively the Chiefs, who sit at 11-1-0 overall and are second in the Capitol Conference at 6-1-0, have tickled the twine 67 times this season to just nine by their opponents, with two-thirds of those goals coming against Mauston Monday and Belleville/New Glarus on Sept. 28.

And while the Chiefs score in bunches, they aren’t a one trick pony, executing both from deep in their own half and in the opponents’ defensive third.

“What helps us a lot is making really good triangle passes and then just looking for a simple through ball, no matter if it’s in the air or on the ground. I just think with those quick passes, we can get the goals in,” Salazar said.

“We’ve been trying to win the ball from their defenders, playing to the sides and playing fast, and just playing simple. I think we’ve been working as a team from the top, all the way to the defender and the keeper in back,” Arias added.

Speaking of in back, the Chiefs hadn’t conceded more than three goals until their first loss of the season to Belleville/New Glarus, 3-2, on Sept. 28. Just like the team’s offense, Arias credits the defense’s familiarity with one another to the number of clean sheets they’ve kept.

And while it’s a blemish on their record, Salazar sees the benefits in the loss.

“The loss against Belleville was really tough on us, but I actually thought we needed a pretty good team to play and felt what it was like to lose,” he said. “I thought having that chance could bring us all up again.”

The group is hoping it can lead them back to a third straight regional final. The Chiefs are definitely positioned well after receiving the No. 5 seed in their upcoming WIAA Division 3 regional.

Wisconsin Dells will play host to Whitewater in the teams’ regional semifinal tilt on Oct. 21, with a potential rematch with Madison Edgewood in the regional final just two days later. The Chiefs stunned the Crusaders in the Div. 2 regional semifinals last fall, 1-0, and the team certainly knows they could collide once more.

No matter who they end up playing, the regional championship would mean a lot for the Chiefs’ program.

“We were that close last year losing on PKs and I don’t think we want to be in that spot again, so the whole idea is putting some goals up in the first half. With this young team coming in, that would be big for the program, especially with all the big wins this season,” Arias said.

Isaac Sandoval scored two goals in the final 4 minutes, 34 seconds to break a tie and lead the Wisconsin Dells boys soccer team to a 3-1 win a…

The Chiefs girls finished tied for third while the boys were fourth at the Dana Waddell Invitational. Meanwhile, the Dells soccer team shutout the Blue Devils.

Yair Perez Ruiz and the Wisconsin Dells prep boys soccer team went from zero to 60 in a hurry Thursday night and cruised to a 7-1 win over up-and-coming Waupun.

After failing to capture its first-ever regional championship last season, the road looked even more difficult this season for Wisconsin Dells.

DODGEVILLE — It took more than 110 minutes for the Wisconsin Dells boys soccer team to be eliminated Saturday night.

The United struggled to get into the Norskies' defensive third en route to defeat in a WIAA Division 2 regional semifinal game.

The Chiefs volleyball and boys soccer squads each fell in respective regional finals, while the Dells harriers came up short at the WIAA Div. 2 Colby sectional.

Wisconsin Dells junior Yair Perez Ruiz runs onto the end of a through ball ahead of Mauston's Dominic Golatt during Monday night's non-conference game at Wisconsin Dells High School.