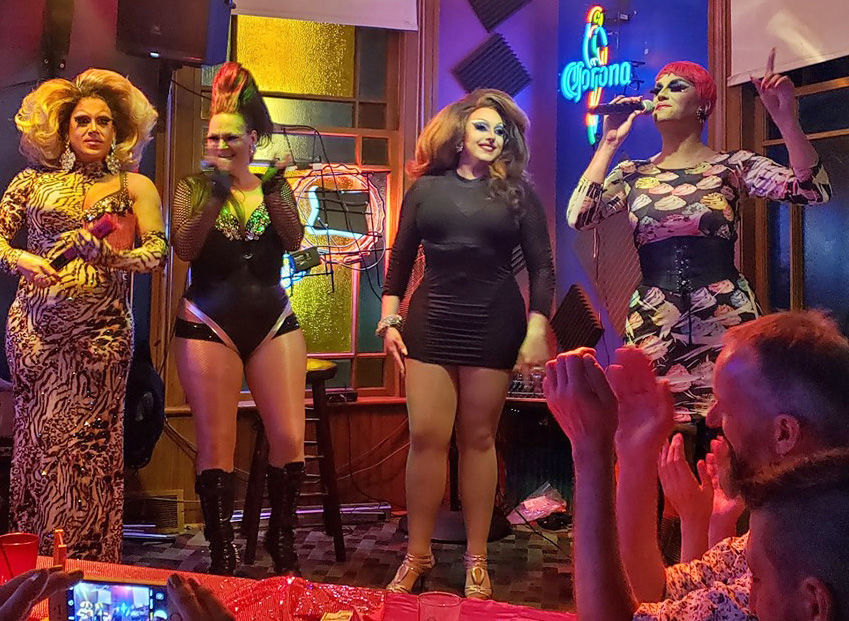 Drag queens pose for the crowd at one of Brat House Grill's summer 2019 drag shows. 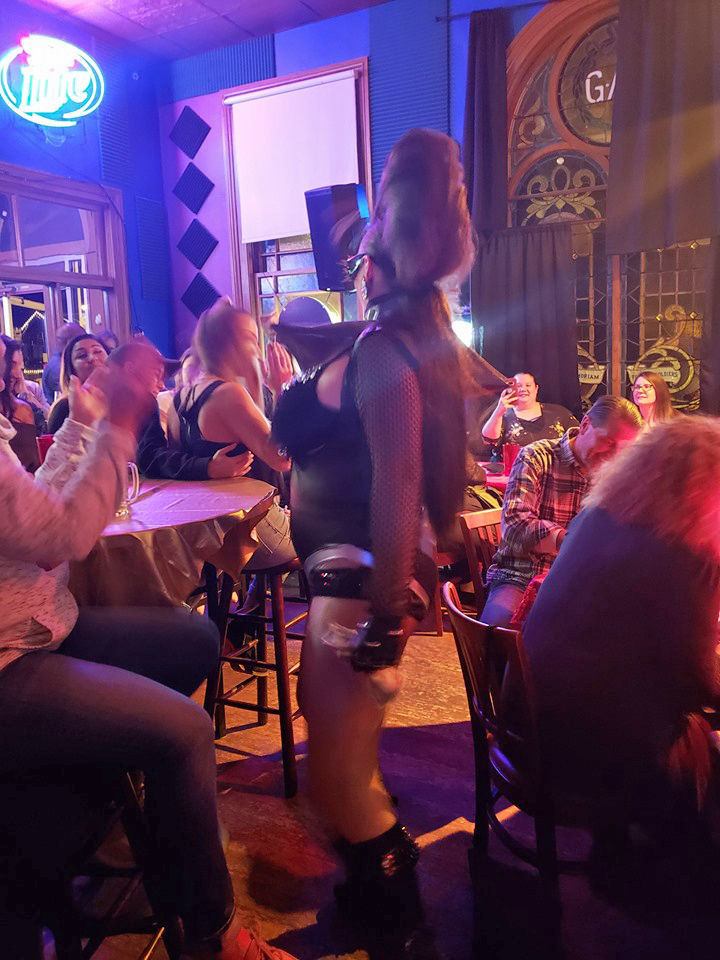 A queen mingles with the crowd at the Brat House Grill.

The Brat House Grill is looking to add a little twist to its entertainment.

Although the restaurant has been open for years, owner Patty Morabito and manager Ryan Otto are bringing a new spin to the old-fashioned bar and grill. The restaurant’s new brunch menu, which has been in the works for months, is set to launch the first week of January.

Brat House brunch will be a weekend-exclusive event for the foreseeable future, opening at 9 a.m. on Saturdays and Sundays for the brand-new brunch menu, which is funded through a sponsorship from Absolut vodka. But brunch isn’t the only thing Brat House is bringing in to spice up the restaurant.

According to Otto, the restaurant ran two drag shows over the course of summer 2019, and they’re planning to do more in the future. In January, the staff is planning to run a drag brunch, which will be a ticketed event that concludes with a full-on show at the end.

“I just think there’s not a place in the Dells that does it,” Otto said. “Patty really wanted to do it, and she’s created a place that’s inviting and welcoming to everybody.”

Otto said Morabito had planned to run drag shows at her restaurant since before he started, and she has been supportive of communities in the Dells that wouldn’t otherwise see representation.

Morabito has been recognized in the past by the Wisconsin Restaurant Association for her support of building inclusive restaurant communities. According to Oto, it’s a core value in how she runs her business.

“Patty believes in having a community that is open and inviting, welcoming to everybody in all walks of life,” Otto said.

The first official drag brunch has not been scheduled, but the staff is looking to January for the grand debut.

The Columbus City Council voted Tuesday to remove a fiberglass statue of Christopher Columbus that sits alongside a road on the edge of the city.

The Columbia County Public Health Department reported a surge in COVID-19 cases in the past month and most of them are among younger people.

Drag queens pose for the crowd at one of Brat House Grill's summer 2019 drag shows.

A queen mingles with the crowd at the Brat House Grill.