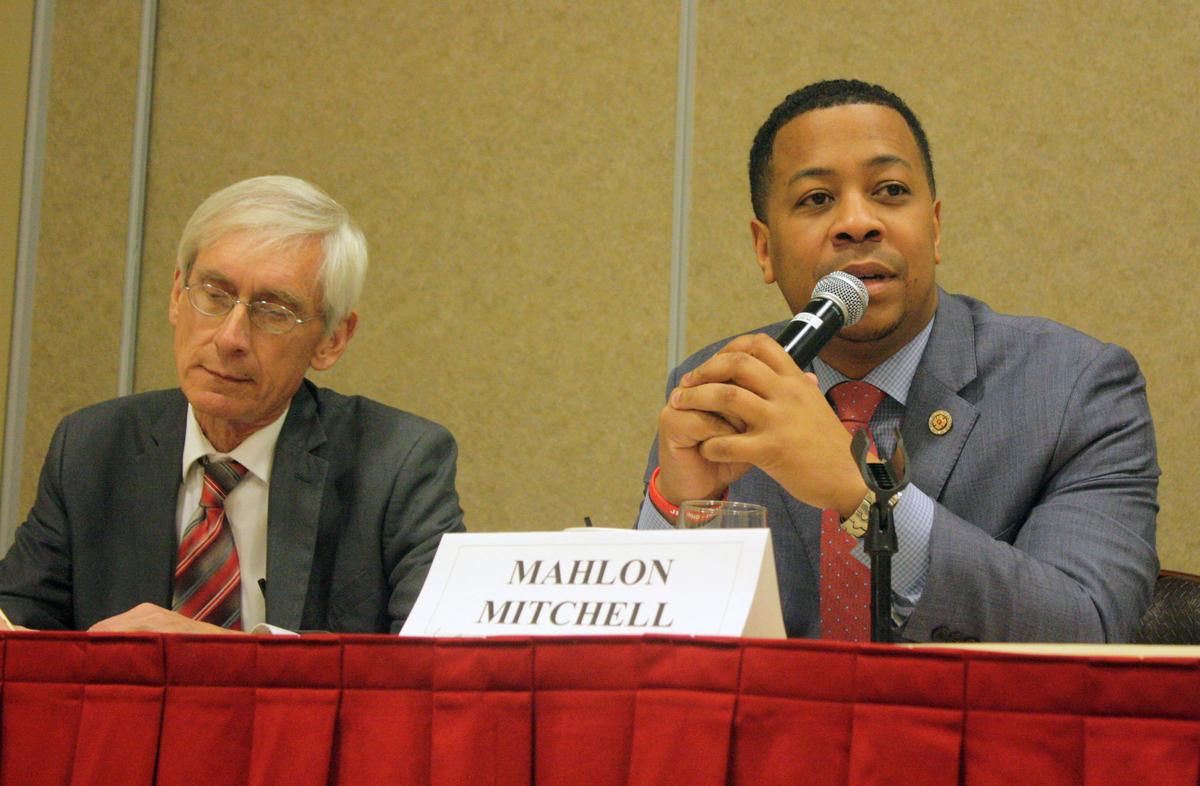 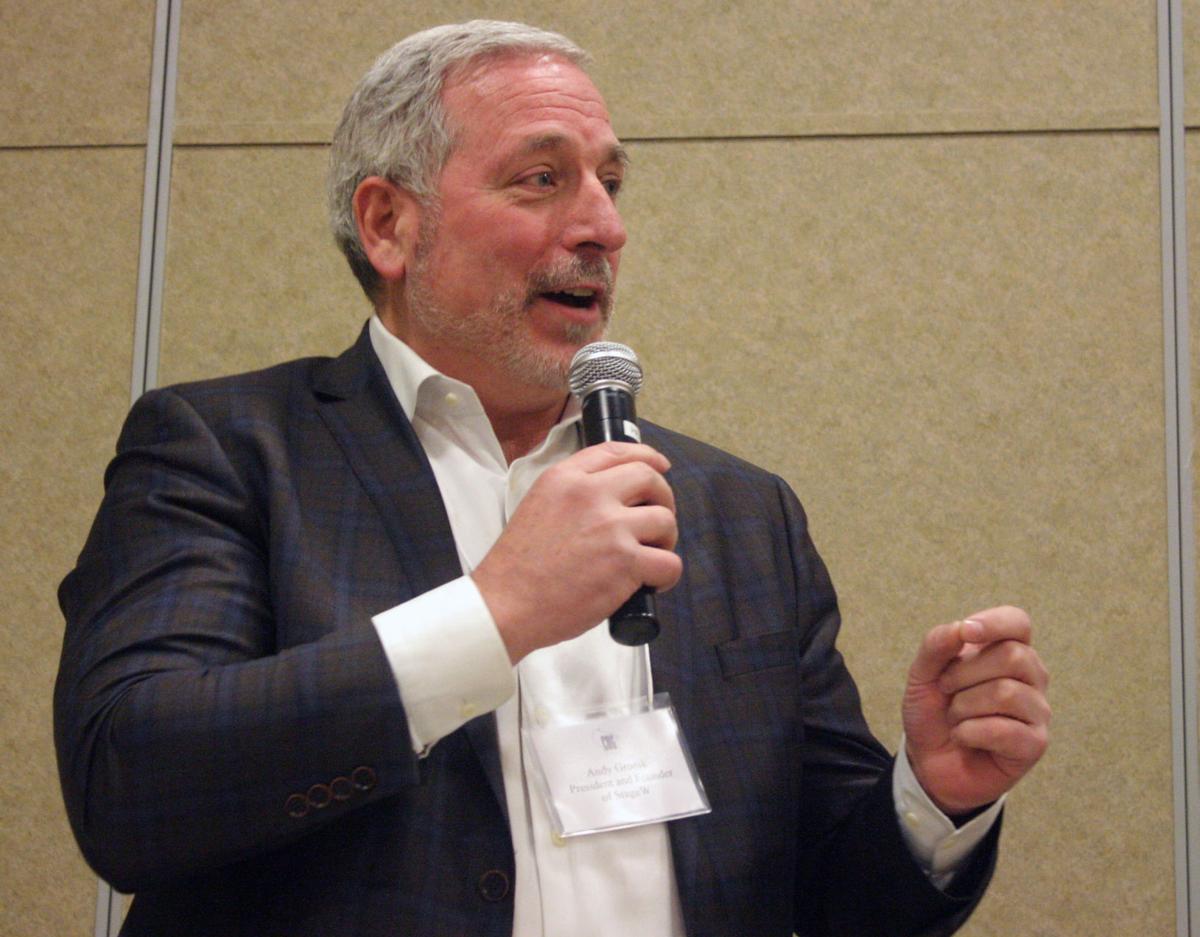 Milwaukee businessman and Democratic gubernatorial candidate Andy Gronik shares his platform with the audience Feb. 22 at the Kalahari Convention Center in Wisconsin Dells. 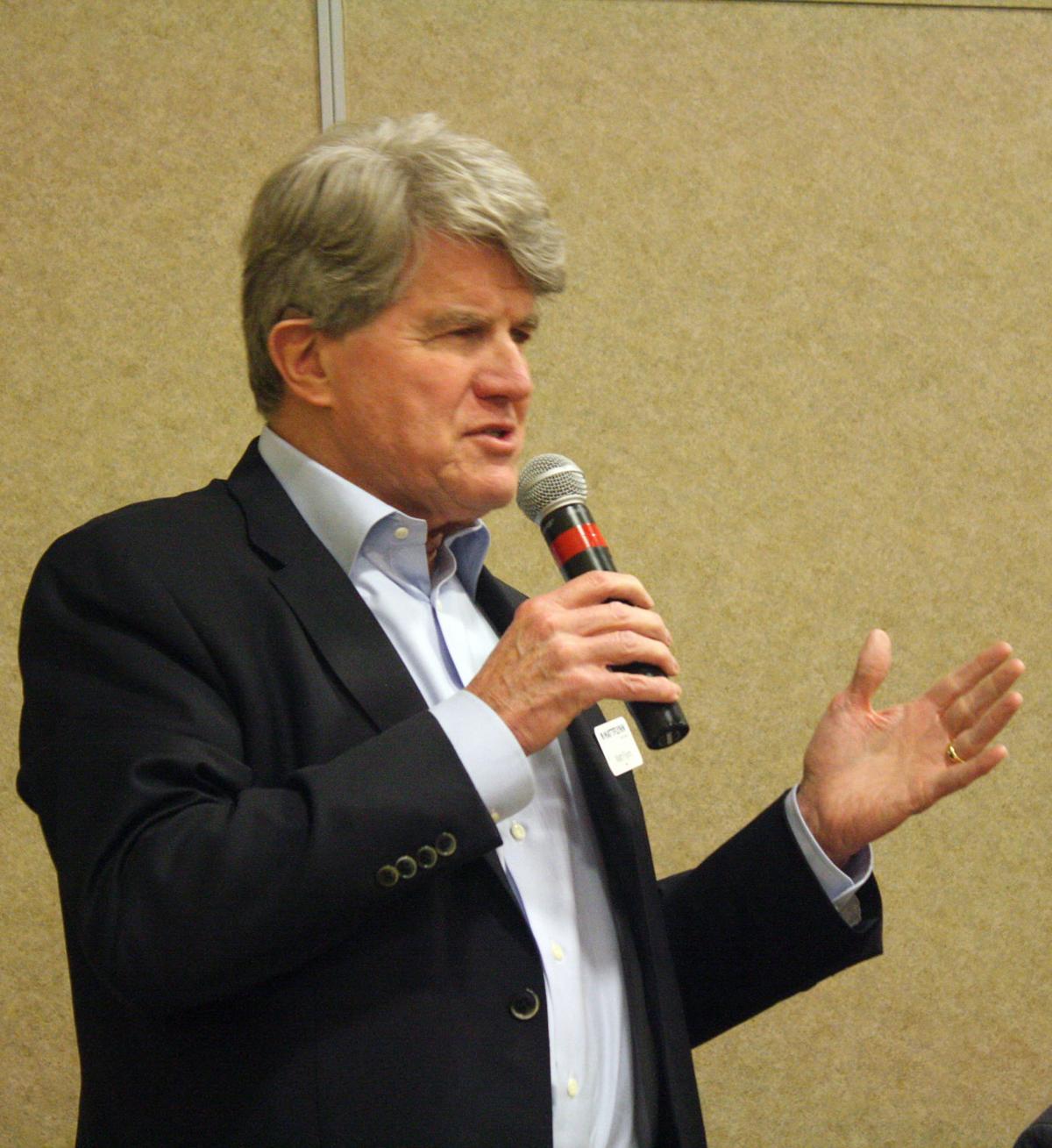 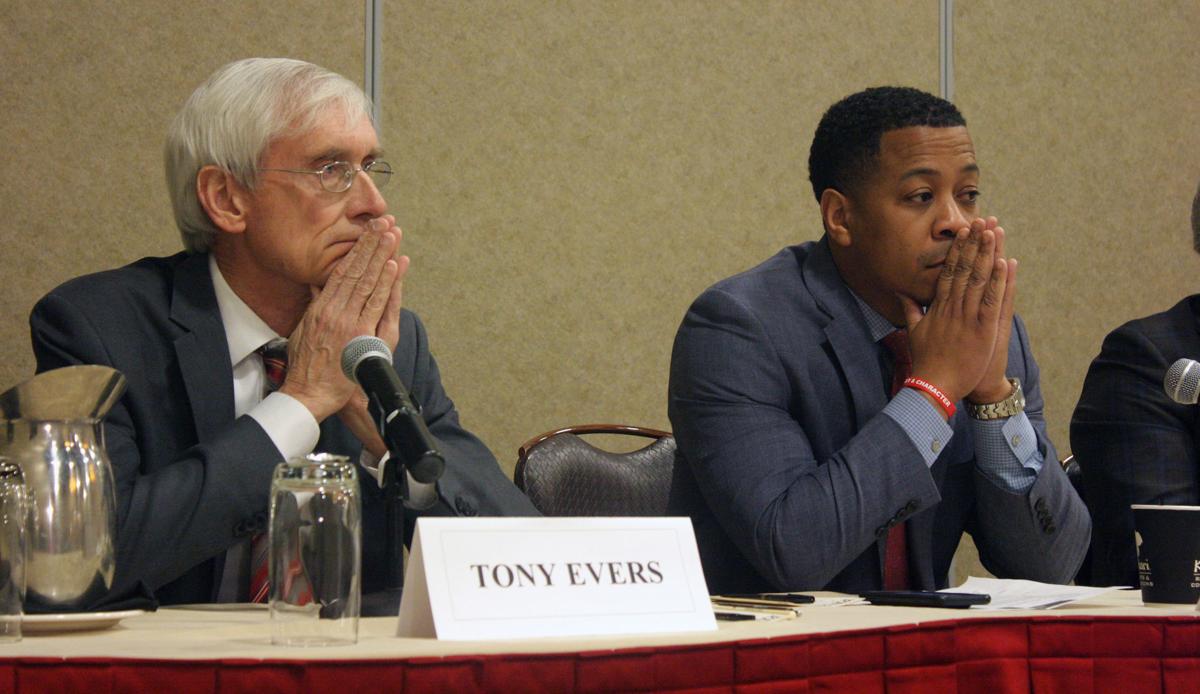 Democratic candidates seeking to unseat Gov. Scott Walker in the fall were heavily critical of incentives offered to bring a Foxconn manufacturing facility to the state during a discussion Feb. 22 in Lake Delton.

The Construction Business Group of Madison invited four of the 14 declared Democrats in the race, as well as Walker and state Rep. Dana Wachs, D-Eau Claire, to speak during their winter conference at the Kalahari Resort. Wachs and Walker did not participate, but all four gubernatorial candidates invited showed up.

They proposed everything from renegotiating the terms of the agreement to scrapping the deal all together.

Navy Veteran and Former Wisconsin Democratic Party Chief Matt Flynn called the Foxconn deal unconstitutional, and said Walker “didn’t have any idea how to negotiate a deal of that size.”

Flynn proposed challenging the deal in federal court, and likened Foxconn’s purchase of family residences at the plant’s site to English King George III forcing families to house British soldiers in the 1700s.

Superintendent of Public Instruction Tony Evers also called the Foxconn deal “a bad deal,” but believes it cannot be undone. He said by the time the election is over, the Foxconn buildings will be under construction. Evers hopes to renegotiate terms of the deal and secure higher wages and more benefits for workers. Evers’ goal is to “compel them to be a good corporate citizen… We have to make the best of it.”

Milwaukee businessman and political newcomer Andy Gronik called the Foxconn deal “absolutely ludicrous.” Gronik said the state did not do enough of its own research before agreeing to the terms. “The state of Wisconsin did no independent feasibility analysis,” Gronik said.

If elected, Flynn said he will pursue the legalization of marijuana, installation of high speed-internet statewide, repeal Act 10 and right to work laws, and allow college-educated millennials to renegotiate their student debt.

Education is a priority for Evers, who hopes to create a “world-class education system” in Wisconsin, which would include technical degrees. Evers said his goal would be to “rebuild the middle class,” while prioritizing roads and natural resources. Evers voiced support for a gas tax. “Everybody agrees that we have to fix our transportation infrastructure, and nobody agrees it can be fixed with more borrowing,” Evers said.

Mitchell touted a bipartisan record of legislation in his role as President of the Professional Firefighters of Wisconsin. “What Walker did was divide and conquer,” Mitchell said. “We’ve got to get rid of that.” Mitchell said bipartisanship will be necessary for any Democratic governor of Wisconsin because “we’re going to have a Republican Assembly more than likely, because of gerrymandering.”

School funding was addressed during Mitchell’s comments as well. “We have school districts having to go and have referendums just to keep the lights on.”

Gronik said Walker has “effectively stripped local control,” from municipalities. As a businessman, Gronik hopes to use his background to find creative solutions to Wisconsin’s problems. “It takes a leader that understands how you put a real plan together,” Gronik said. “That’s why I’m here.” He hopes to implement job training programs for the unemployed and underemployed, and create an option to allow people who move to Wisconsin to put what they would pay in income tax toward their student loans.

Gronik also pointed toward lead poisoning as an example of poor government performance. “We’ve got a huge issue with lead pipes in this state,” Gronik said. “There’s no safe level of lead in anybody’s blood.”

The Democratic Party primary election is scheduled for Aug. 14, with the general election to follow Nov. 6.

Gronik makes his case for governor

The Democratic gubernatorial primary has an outsider candidate vying for the nomination to run against Governor Scott Walker. Andy Gronik is a…

Milwaukee businessman and Democratic gubernatorial candidate Andy Gronik shares his platform with the audience Feb. 22 at the Kalahari Convention Center in Wisconsin Dells. 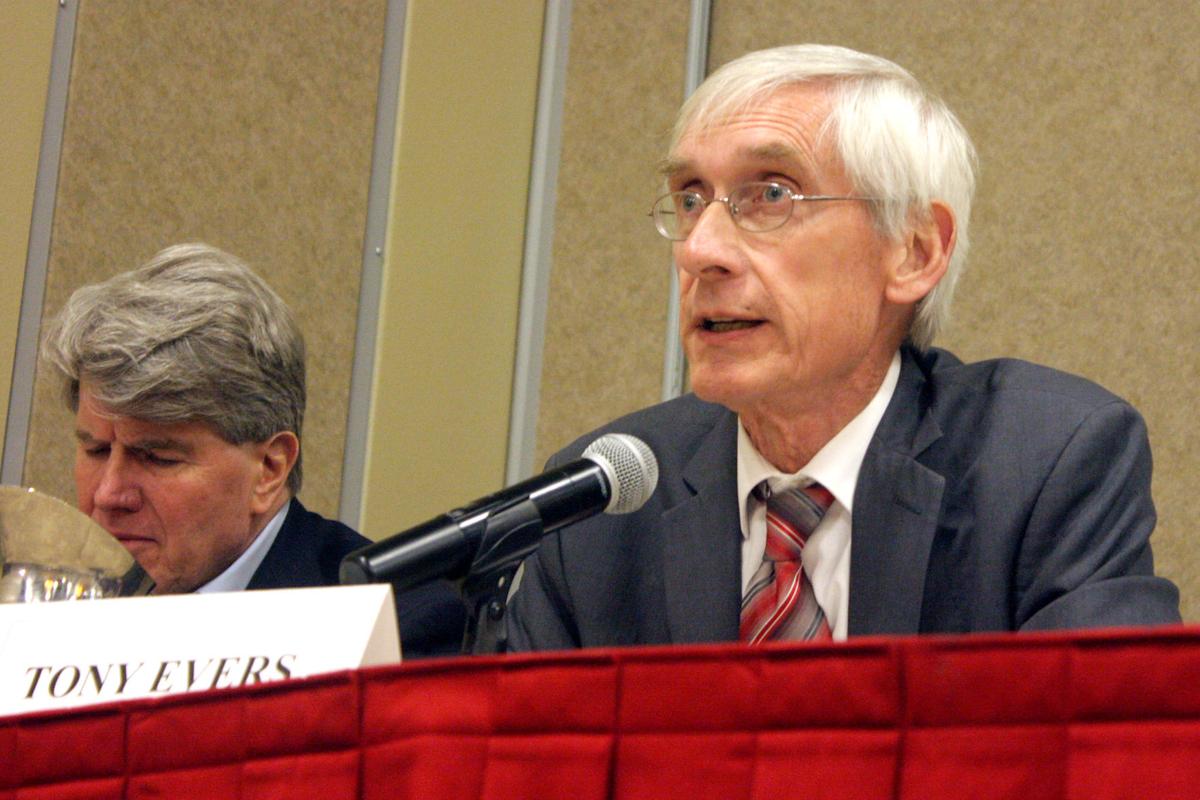