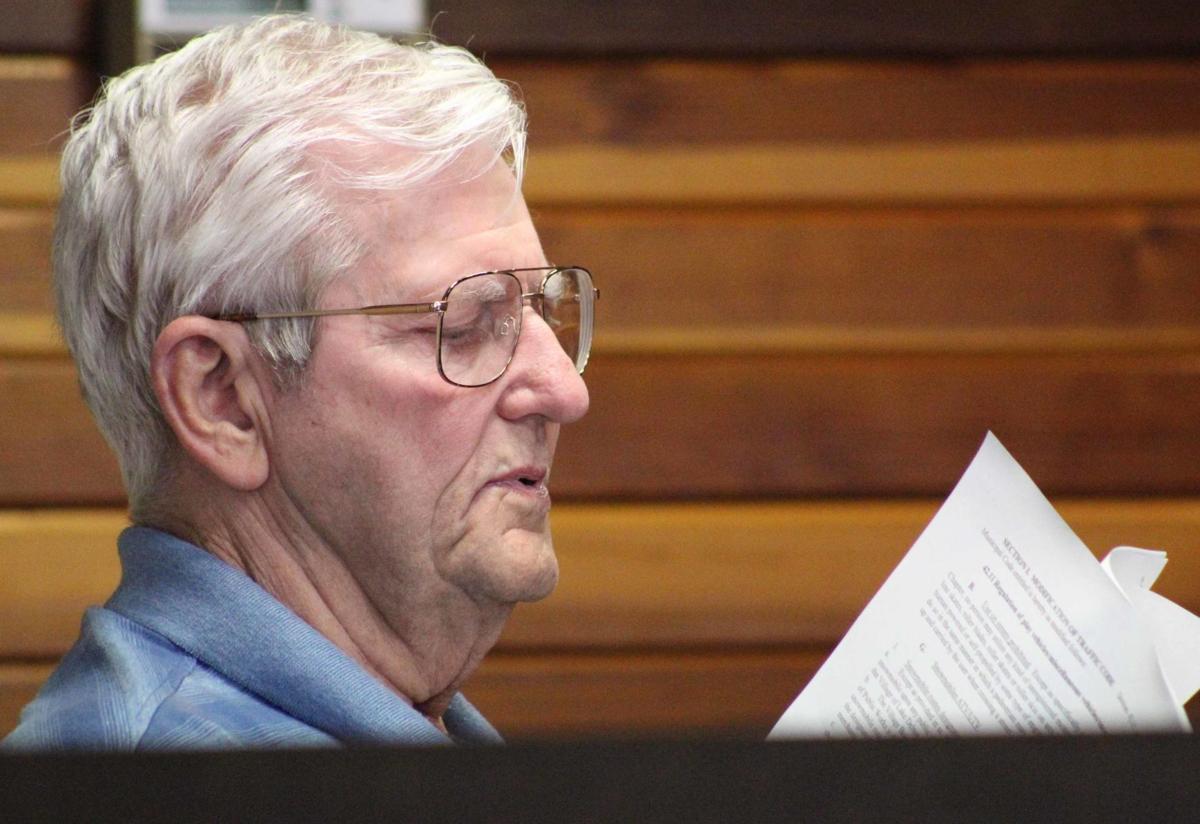 Lake Delton Village Board Trustee Les Bremer flips through an ordinance outlining laws for ATV/UTV's to follow when driving in Lake Delton at the board's April 26 meeting. 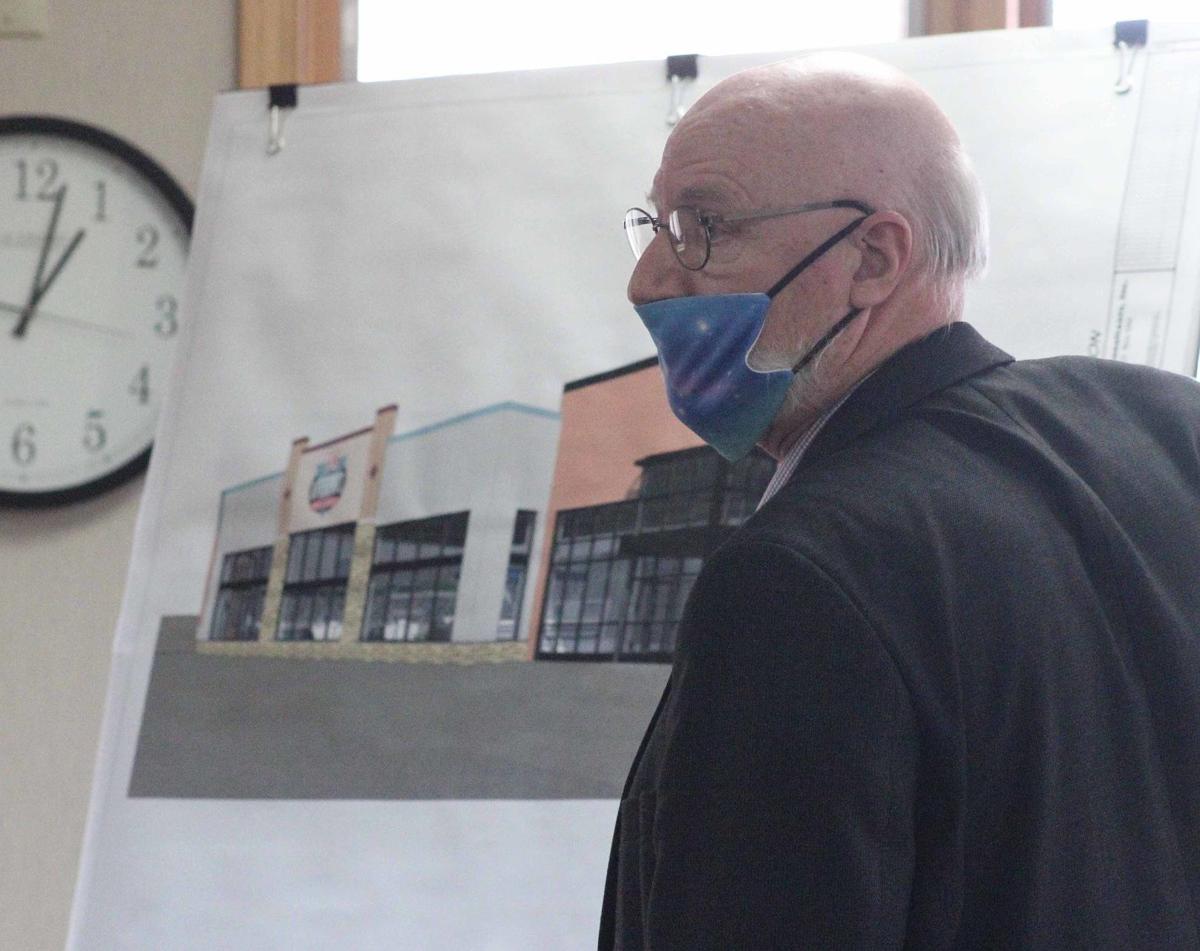 LAKE DELTON — ATV/UTV vehicles will soon be allowed to drive in Lake Delton.

Lake Delton Village Board approved modifications to its Traffic, Vehicles and Bicycles ordinance on April 26 to permit the vehicles to drive in the village with restrictions. The amendments were made with a unanimous vote with Trustees Joe Eck and Tom Diehl absent.

While Lake Delton has passed the ordinance, signage still needs to be posted before any ATV/UTV can drive in the village. The Baraboo Bluffs ATV Club and village will work together to obtain the signs, which could be installed by the end of May. The village will make an announcement when the roads are open, said John Webb, village board president.

Ordinance language about driving on County Highway P and A was eliminated from the ordinance on the recommendation from Steven Smith, a patrol sergeant with the Lake Delton Police Department, due to legality and for the county to decide on those roads.

According to the ordinance, ATV/UTV’s will be allowed to drive on certain roads within the village, including Berry Lane, Clara Avenue and Gasser Road, according to the map provided by the village. Wisconsin Dells Parkway, which has several attractions along the stretch of road, is not listed as a route. Signs will be marked along the route.

ATV/UTVs will need to follow state statute when operating a vehicle in Lake Delton. Operators will not be allowed to drive from 9 p.m. to 6 a.m., must possess a driver’s license and proof of insurance and not have an open intoxicant. ATV/UTV vehicles must operate at the posted speed limit and not operate at speeds greater than 35 miles per hour. Violators could face up to a $250 fine.

The village board approved a modification to the 2021 Capital Budget to replace nine Automated External Defibrillators for the police department. Costs for the devices are $18,000.

The department was informed the devices could not be fixed or reconditioned so the only option was to replace the units. All of the AED devices are over ten years old and the department hoped to keep the devices in service for another year, until it received notice of the recall. The department also requested a grant from a local charity but was denied, according to the letter. A portion of the devices were obtained through donations while others were purchased through budgeted funds.

Each of the police department’s nine cars are equipped with an AED device. The police department responds to over 100 medical assisted calls a year, many of the calls are cardiac related. Since 2016, six police officers with the Lake Delton Police Department have received lifesaving medals directly related to the delivery of CPR and the deployment of an AED.

LAKE DELTON — The village sewage commission received all “A” grades on its annual report for the sewer system.

Lake Delton Village Board Trustee Les Bremer flips through an ordinance outlining laws for ATV/UTV's to follow when driving in Lake Delton at the board's April 26 meeting. 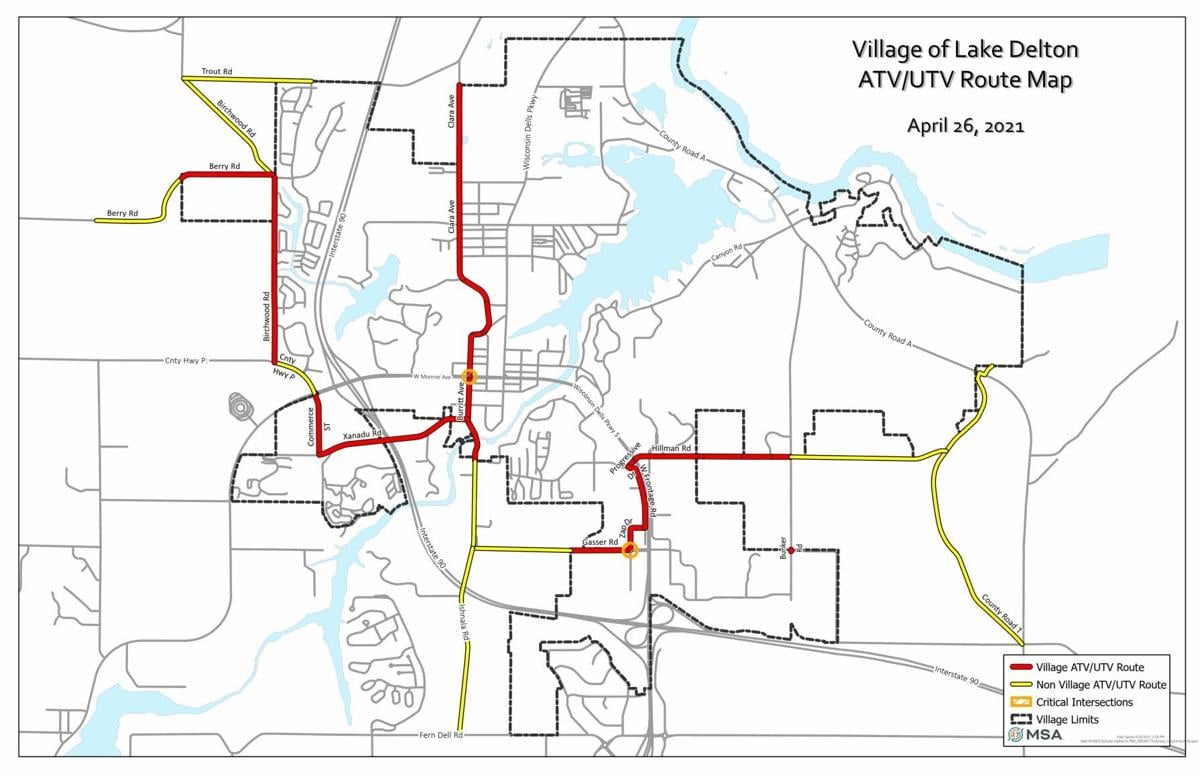 Lake Delton village board trustees approved an ordinance allowing ATV/UTV vehicles to drive in the village limits and established a map of routes. The route will need to be marked with signage before ATV/UTV's can drive in the village, which officials hope will be completed by late May.