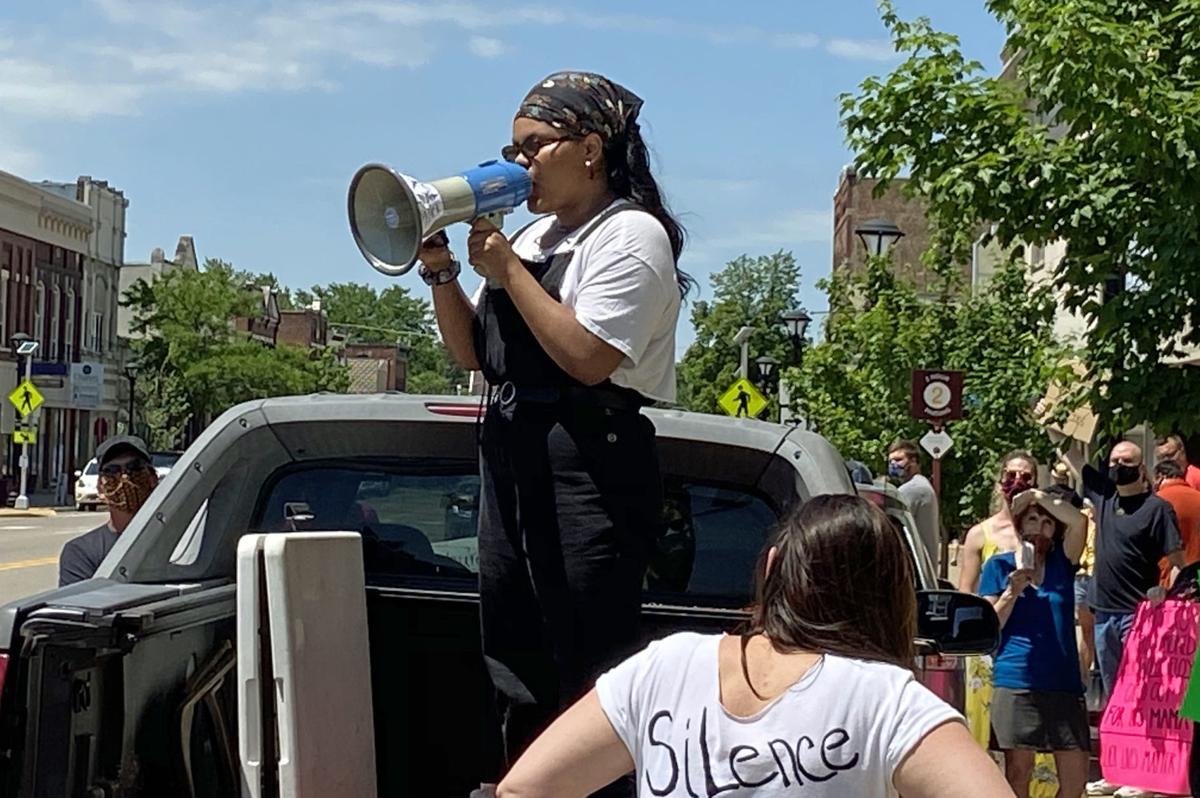 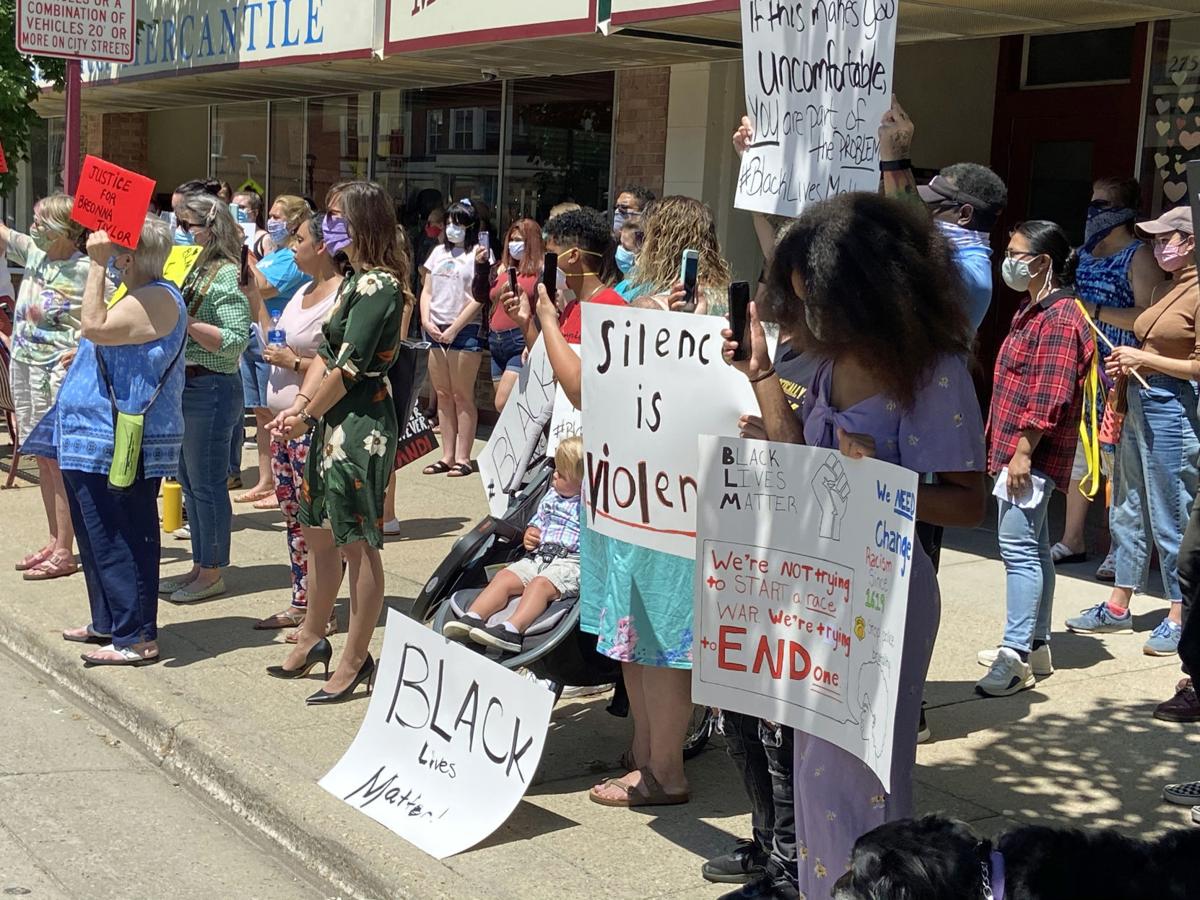 More than 100 Reedsburg residents turned out on East Main Street June 6 to support the Black Lives Matter movement, honoring the death of George Floyd at the hands of a Minneapolis police officer.

People packed the sidewalks of Main Street’s 200 block, carrying signs with messages such as “Enough is enough” and “We’re not trying to start a race war, we’re trying to end one.” Many of the protesters in attendance were white, in line with only 0.1 percent of Reedsburg natives being black, according to U.S. Census data.

However, citizens still turned out in solidarity with black Americans. According to lead organizer Alyssa Dunse, majority white and conservative communities like Reedsburg voicing support for a movement like Black Lives Matter is vital to spreading support.

“Even though we’re such a small town, we do have a voice, and it needs to be heard,” Dunse said. “And with smaller towns, people don’t think about it as much, because it doesn’t seem like a big issue. ‘Oh, it wouldn’t happen in Reedsburg,’ but it does. And people need to be aware that it still happens.”

In order to give voice to the black community at the protest, Dunse connected with two Reedsburg High School graduates, AnnaJo Lubasi and Gage McKnight, to speak their mind for the assembled crowd. Lubasi, now a college student in Ithaca, New York, gave a fiery speech in support of the movement, while also clarifying a number of positions that have become controversial since the protests began late last month.

Many videos of police dressed in riot gear and utilizing tear gas, pepper spray and physical violence against protesters have circulated around social media, with some originating from Madison and Milwaukee. Lubasi spoke to the growing push for nationwide police reform, saying that the quality of any given officer is not called into question, but that the institution of American law enforcement works against black communities.

“No one is saying that individual police officers are bad people,” Lubasi said. “Of course there can be and (there) are good people as cops. However, they are all part of a corrupt system. And the current standards of their very jobs support and strengthen the affirmation of the corrupt system, which is a problem.”

Lubasi also addressed several other common refrains among those speaking against the protests, such as “all lives matter” and “I don’t see color.” In the case of the former, which has been employed against the BLM movement for years before the death of George Floyd, Lubasi said that while all lives matter, the statement detracts from highlighting the systemic oppression of black Americans.

“Of course all lives matter,” Lubasi said. “But all lives cannot matter until the black ones do.”

After her speech, Lubasi directed the crowd to kneel for eight minutes and 46 seconds, the amount of time MPD officer Derek Chauvin allegedly knelt on George Floyd’s neck. She also invoked the names of other black men and women who have died at the hands of police, including Madison native Tony Robinson, whose death did not result in any criminal charges.

Unlike many other protests across the country, there was no escalation to violence from police or protesters Saturday, as the only Reedsburg police officers present at the scene handed out masks and Popsicles.

A Reedsburg resident is running for a seat in the legislature to represent the 50th District Assembly.