Jim Pierce is going all out in his new hobby with his very pumpkin harvest this fall, growing two pumpkins that weigh 1,000 pounds each in his garden at his home just outside Baraboo.

Pierce entered his first competition at the Nekoosa Giant Pumpkin Fest scheduled for Oct. 2-3. The two pumpkins he plans to enter in the weigh-off competition, both named Betty and Wilma, weigh an estimated 1,000 pounds each sitting in a tent growing in the family garden he calls “Pierce’s Patch.” Each pumpkin took four-and-a-half months to grow, he said.

“It’s my first attempt at it so we are going to see what everybody else is capable of when we go that thing (the competition),” he said.

His brother, Travis, is part owner of one of the competition pumpkins and even helps with tending to the pumpkins. Travis Pierce will enter his pumpkin in the competition since only one entry is allowed per person in a pumpkin weigh off.

During the evening of Sept. 22, the first day of fall, Pierce and his family harvested two separate large pumpkins, which will be displayed at Pierce’s Express Market in Baraboo starting Oct. 1 for customers to guess the weight of the pumpkins. He didn’t disclose the size due to the impending contest but said both took two-and-a-half months to grow.

Pierce was out hunting last fall and while waiting for the perfect buck to pass his way he started searching the web and came across Nekoosa’s annual festival. He became intrigued and started further research into growing his own pumpkins to enter the competition. For Christmas that year, his parents gave him his first lamp to begin growing his first large pumpkins.

When he first started out, he researched and sought advice from other pumpkin growers around the state and nation. Pierce said growing giant-sized pumpkins takes the right seeds, pollination, warm water and slow fertilizer of potassium, he said. As competition nears and both pumpkins prepare for harvest, Pierce said both pumpkins are given molasses.

“He loves going over there and examining (them),” Pierce said holding Brooks. “He tells me how big they’ve gotten.”

The Pierce’s also have their own personal garden, where they grow their own tomatoes, squash, and cucumbers. They also have apples trees and strawberry patches at their home and own 100 registered beef cattle. Pierce also works as a plumber for Schadde Plumbing in Baraboo.

Even in the “test plot” garden where he’s growing much smaller pumpkins he plans to carve into a jack-o’-lanterns with his family.

Pierce said he hopes to enter more competitions in the future. He enjoys growing pumpkins and encourages everyone to give it a try.

“It’s so fun and everyone should try it at least once,” he said “You got to just grow one bigger than the next guy. It’s just a friendly competition and everybody is more than willing to give you advice if you get ahold of people.” 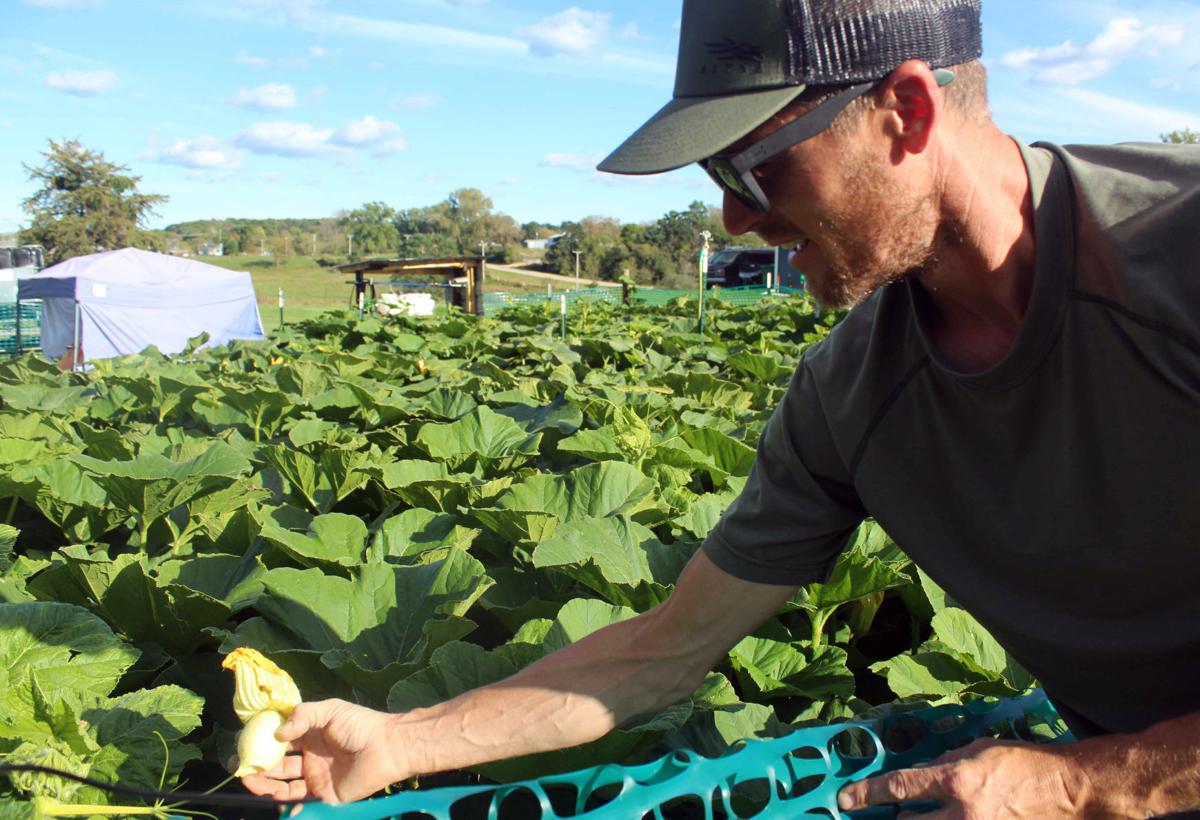 Baraboo-area resident Jim Pierce explains the process growing pumpkins at his garden at his home outside the city Wednesday. 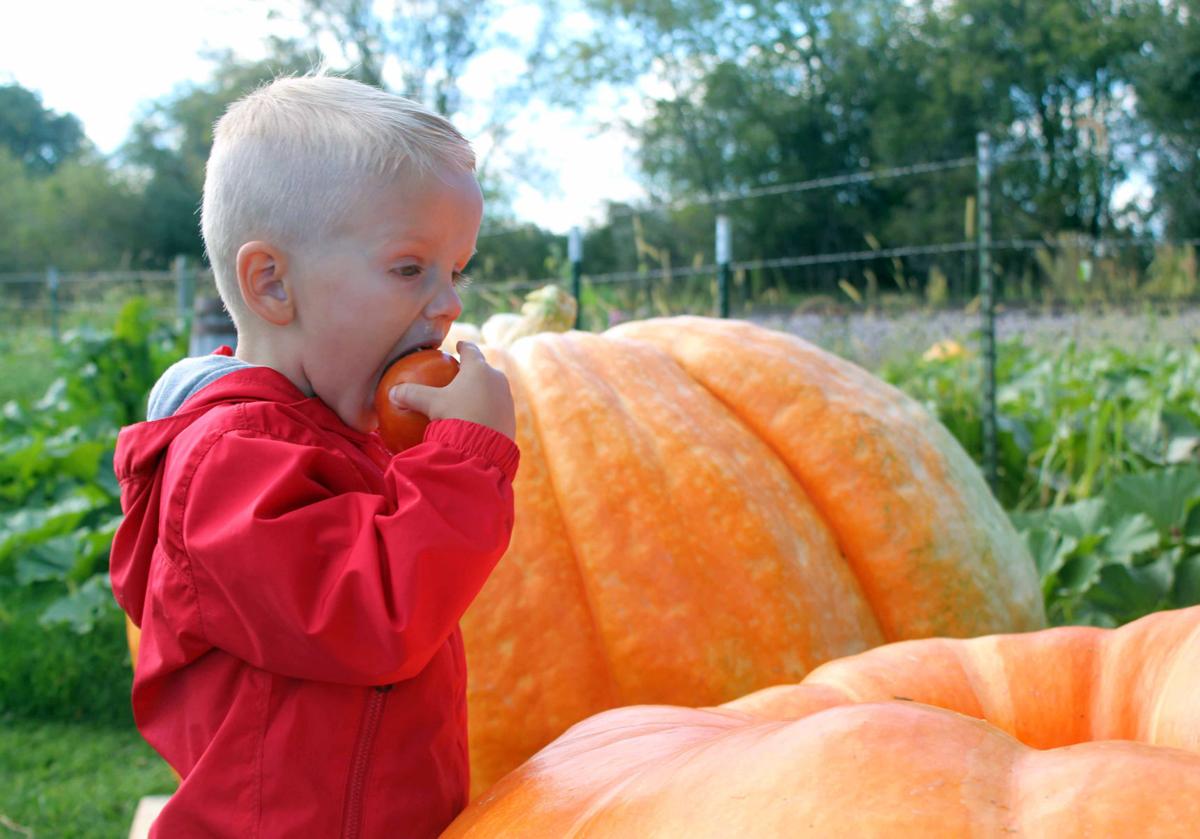 Two-year-old Brooks Pierce bites into a tomato grown in the family garden while looking at the large pumpkins grown by his father, Jim Pierce, a Baraboo-area resident. 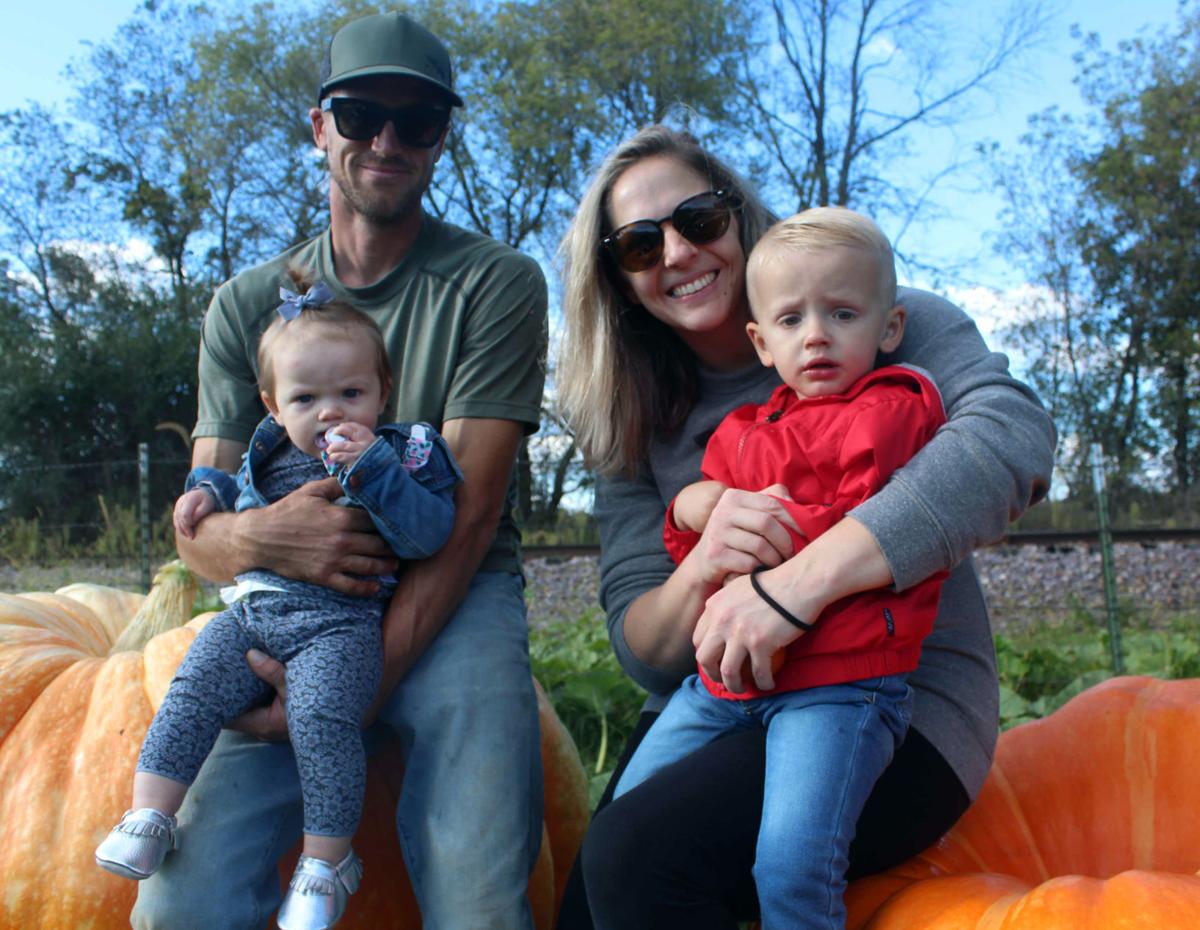 Jim Pierce and his wife, Veronica, pose for a photo with their children, 9-month-old daughter James, left, and 2-year-old Brooks, while sitting on top of large pumpkins grown in their garden at their Baraboo home. The two pumpkins will be displayed at Pierce's Express Market in Baraboo for a contest for customers to guess the weight of the pumpkins.