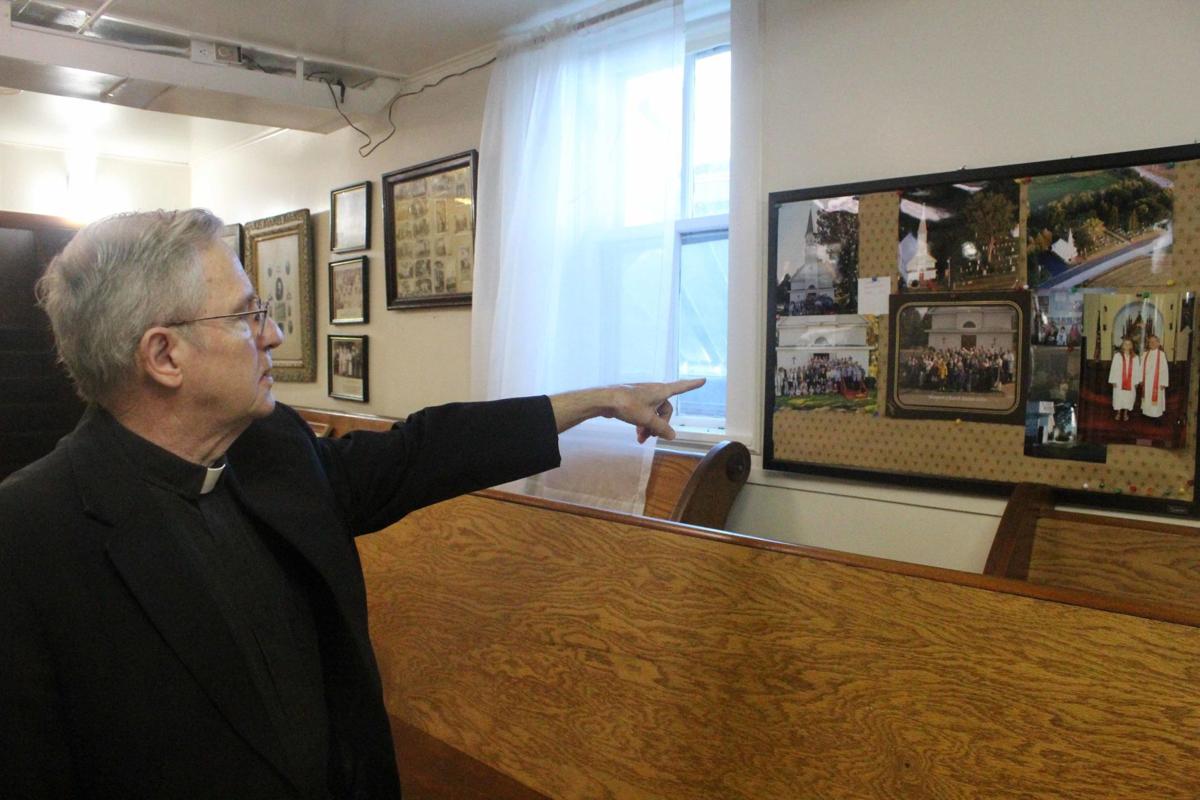 Newport Evangelical Lutheran Church Pastor William Grim points to pictures hanging on the wall of the basement church from past anniversaries. The church will observe its 170th anniversary Sept. 26. 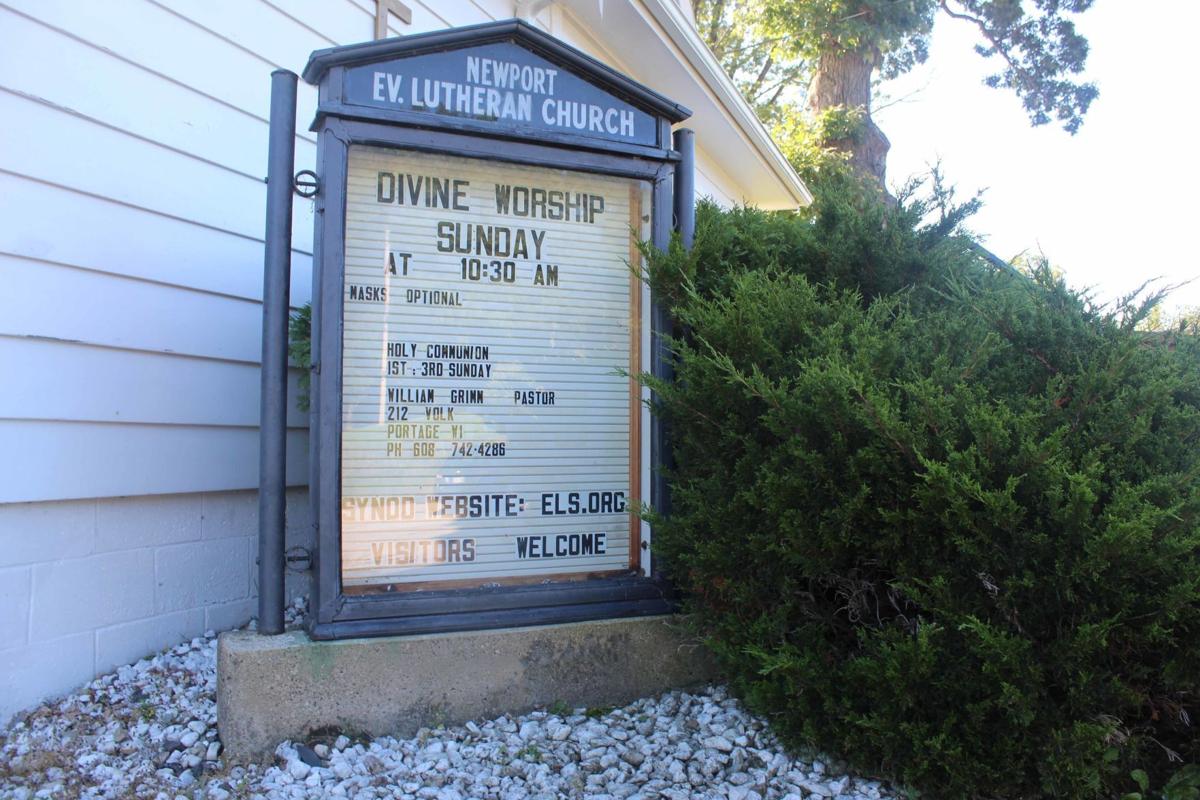 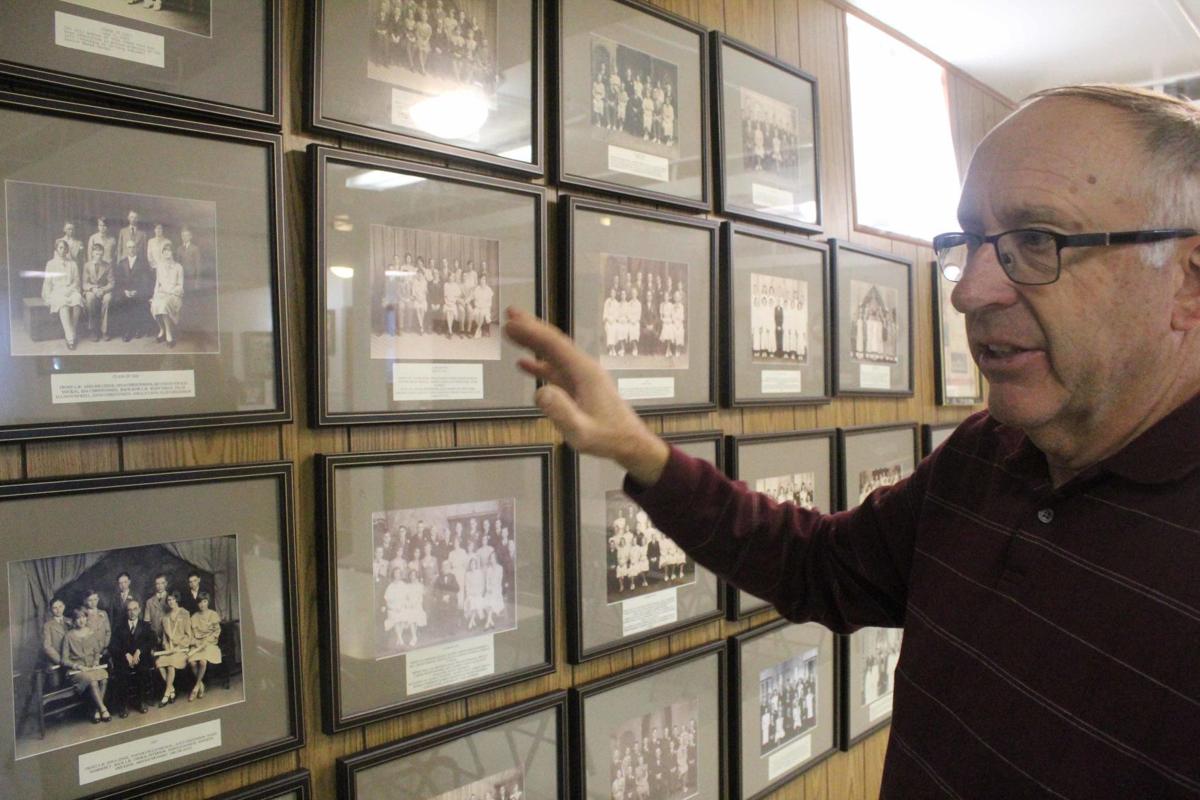 Paul Gregerson, a member of the Newport Evangelical Lutheran Church in Wisconsin Dells, talks about the pictures on the wall highlighting the churches previous years confirmation classes. 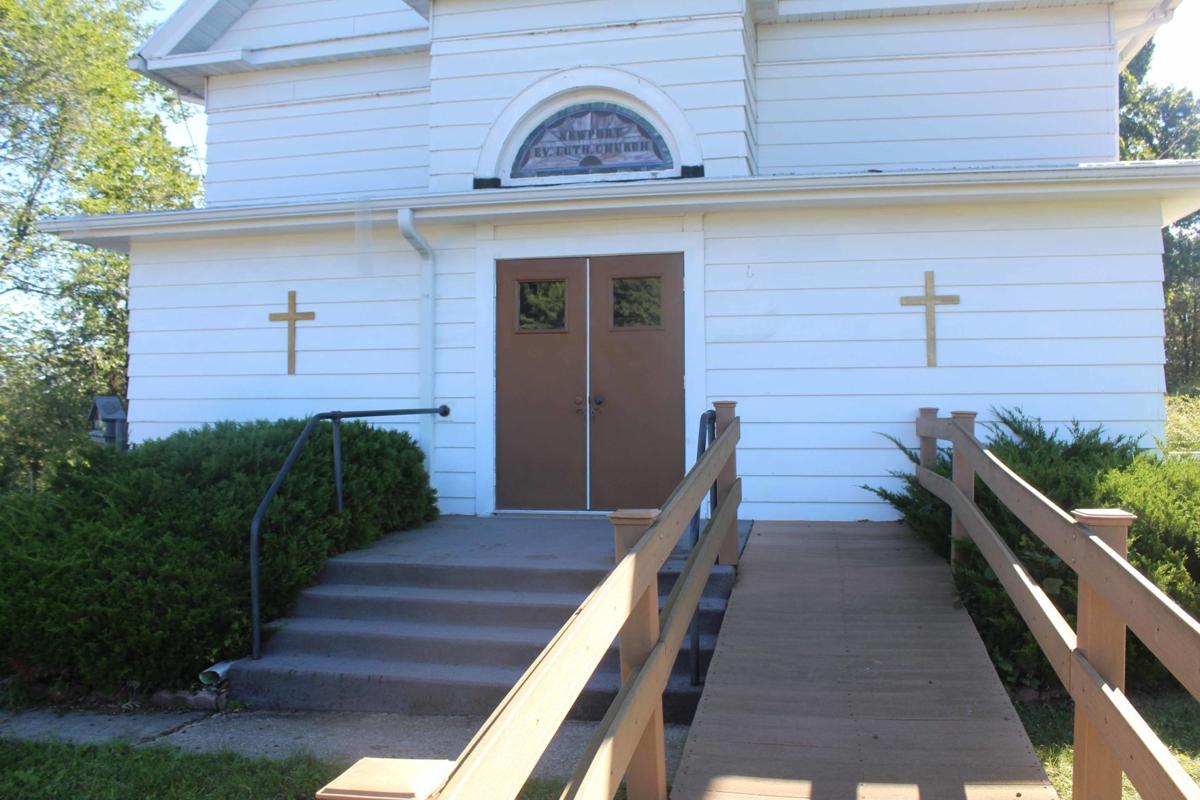 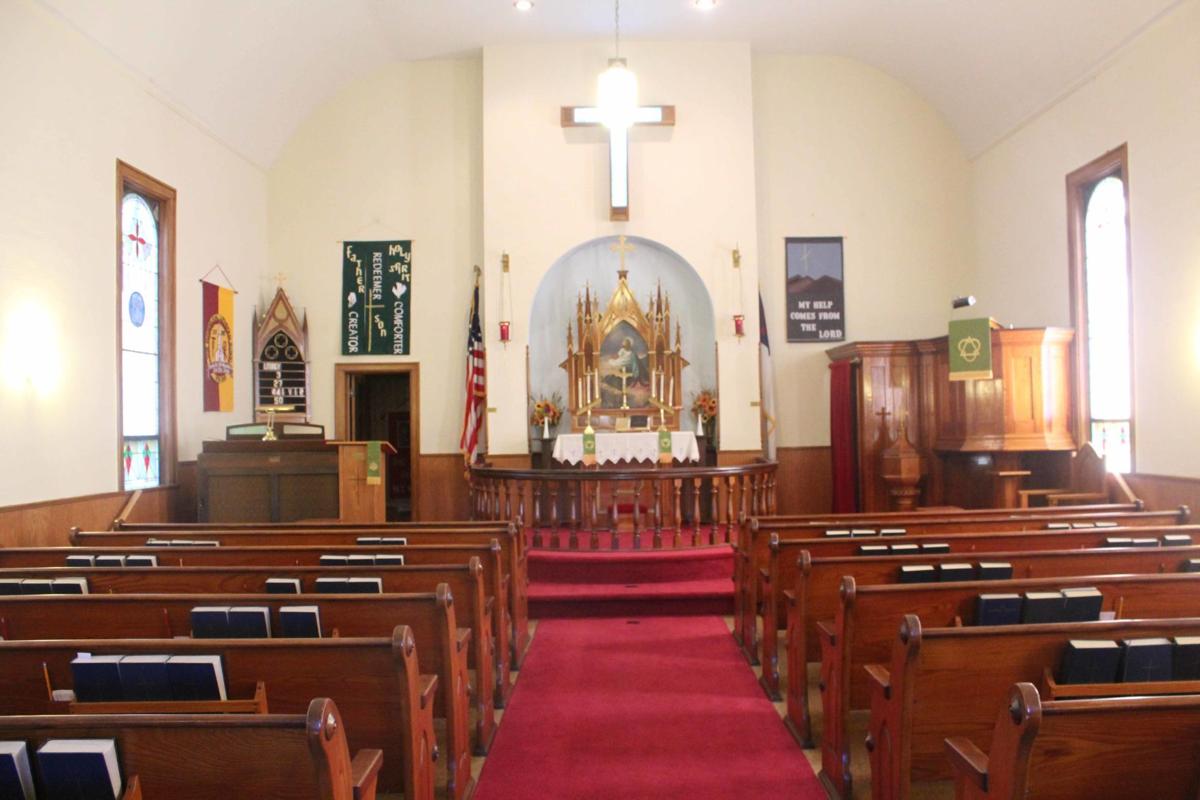 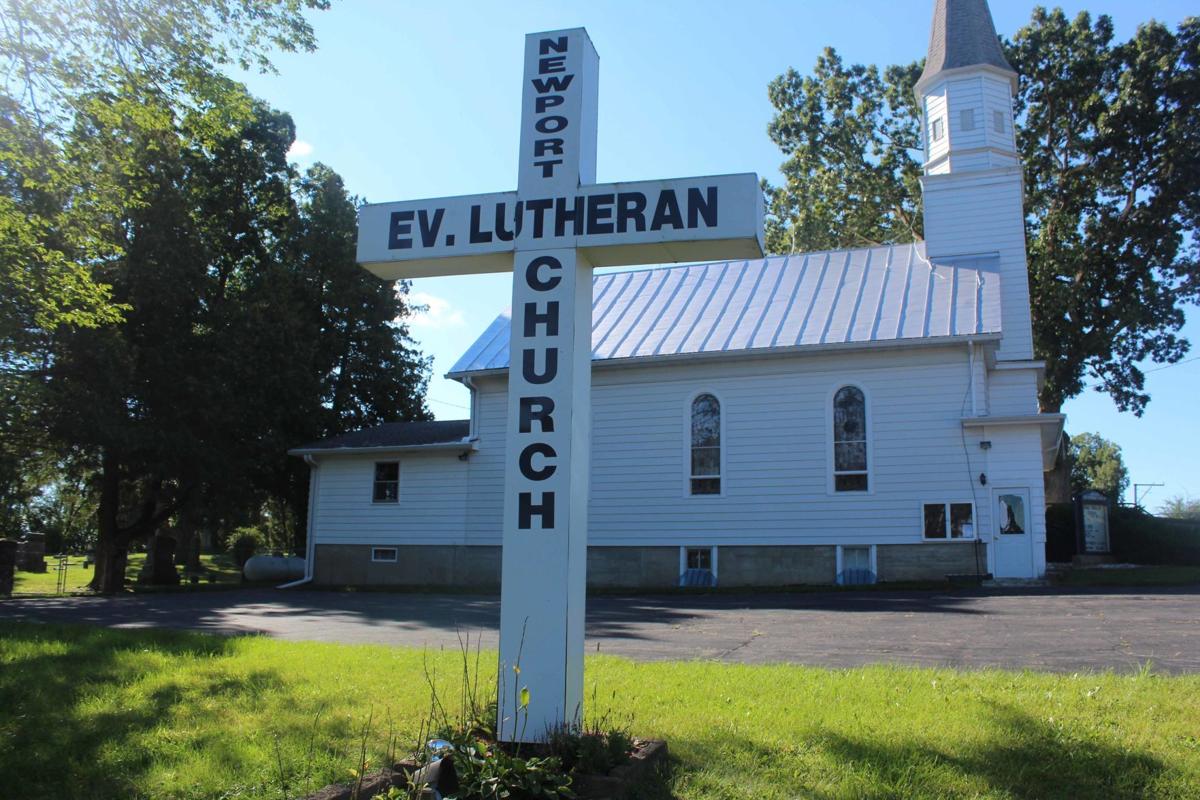 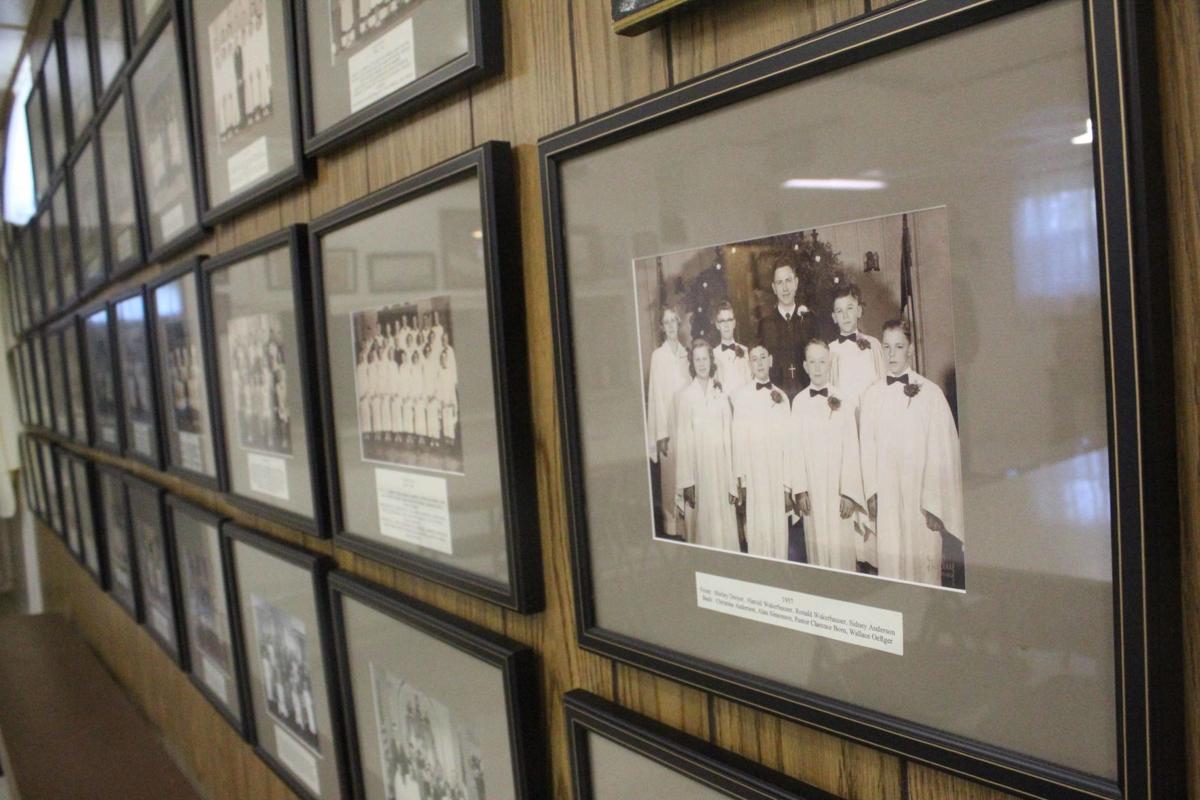 Pictures of past years confirmation classes at Newport Evangelical Lutheran Church line the wall of the basement at the Wisconsin Dells church. 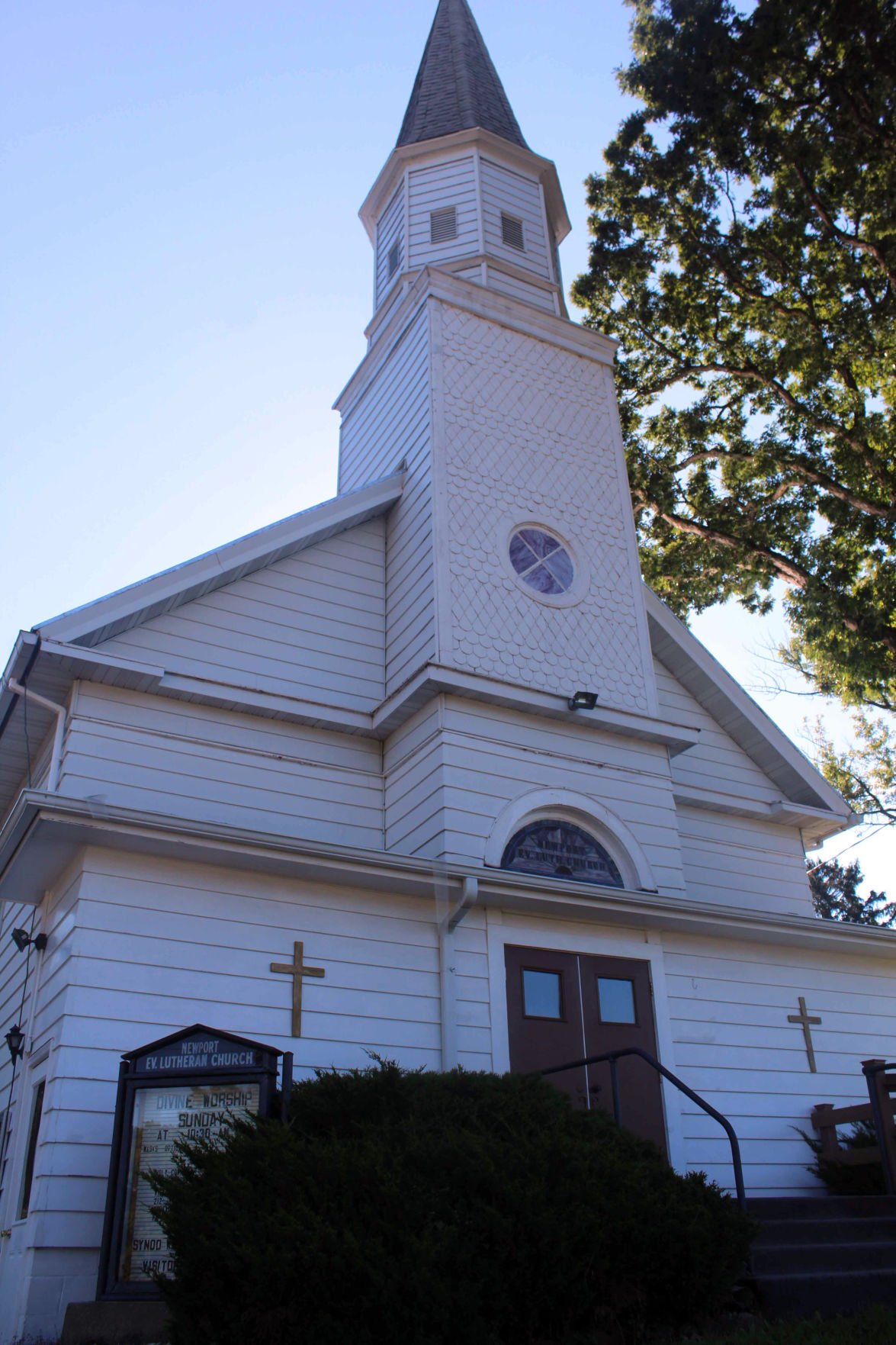 TOWN OF NEWPORT — A Wisconsin Dells church is marking a milestone this year.

Newport Lutheran Church will celebrate the occasion with a special service to commemorate its 170th anniversary at 10:30 a.m. Sept. 26 at its location on Peterson Road in Wisconsin Dells.

Gregerson, who serves as treasurer on the church’s council, said the church was established by Norwegian immigrants in 1851. Rev. Herman Amberg Preus came from Madison to conduct services four times a year, since travel was only available by horse at the time. The physical church location was built in 1863, where the cemetery is now. When the building outgrew the former location, a new building was constructed next to the property in 1892. The church from 1892 is the same church where services are hosted today.

“The church cost $600 to build, the steeple costs another $600 to build, with a bell,” Gregerson said. The building was also renovated in the 1930s to include a basement.

Photos of former students who went through confirmation classes as well as photos from previous celebrations, like the 150th anniversary 20 years ago, and pastors who preached at the church line the walls of the basement. Grim feels blessed the church has made it to such an important milestone in its history.

“We thank God for keeping us as a congregation through all these years staying true to His word so He blessed us even though our membership isn’t as big as in years past,” he said.

Grim said membership is about 75 to 80 people. About 25 people show up in the pew on Sundays, compared to earlier years when the church was packed for worship services. Grim and Gregerson said many reasons have contributed to the decrease in people attending church, especially because many have moved away from the farms and moved out of the area.

“When I was a kid, just about everybody here belonged to Newport,” Gregerson said. “Now we are a little bit scattered. It’s hit and miss. We’ve shrunk since I was a kid.”

Grim and Gregerson said young students are also busy with sports and other activities, which also keep families busy and isn’t a priority for many families as in years past.

“Church is down the list of things for the families,” Gregerson said. “It’s not a priority anymore like I was a kid we came to church.”

Despite the challenges Grim has faith the church will make it to its 175th anniversary.

“Our faith in the Lord has kept us open for 170 years through good times and bad times,” he said.

Those looking for more information on the church can call Gregerson’s phone number 608-215-2531. The church does not have a phone.

Newport Evangelical Lutheran Church Pastor William Grim points to pictures hanging on the wall of the basement church from past anniversaries. The church will observe its 170th anniversary Sept. 26.

Paul Gregerson, a member of the Newport Evangelical Lutheran Church in Wisconsin Dells, talks about the pictures on the wall highlighting the churches previous years confirmation classes.

Pictures of past years confirmation classes at Newport Evangelical Lutheran Church line the wall of the basement at the Wisconsin Dells church.