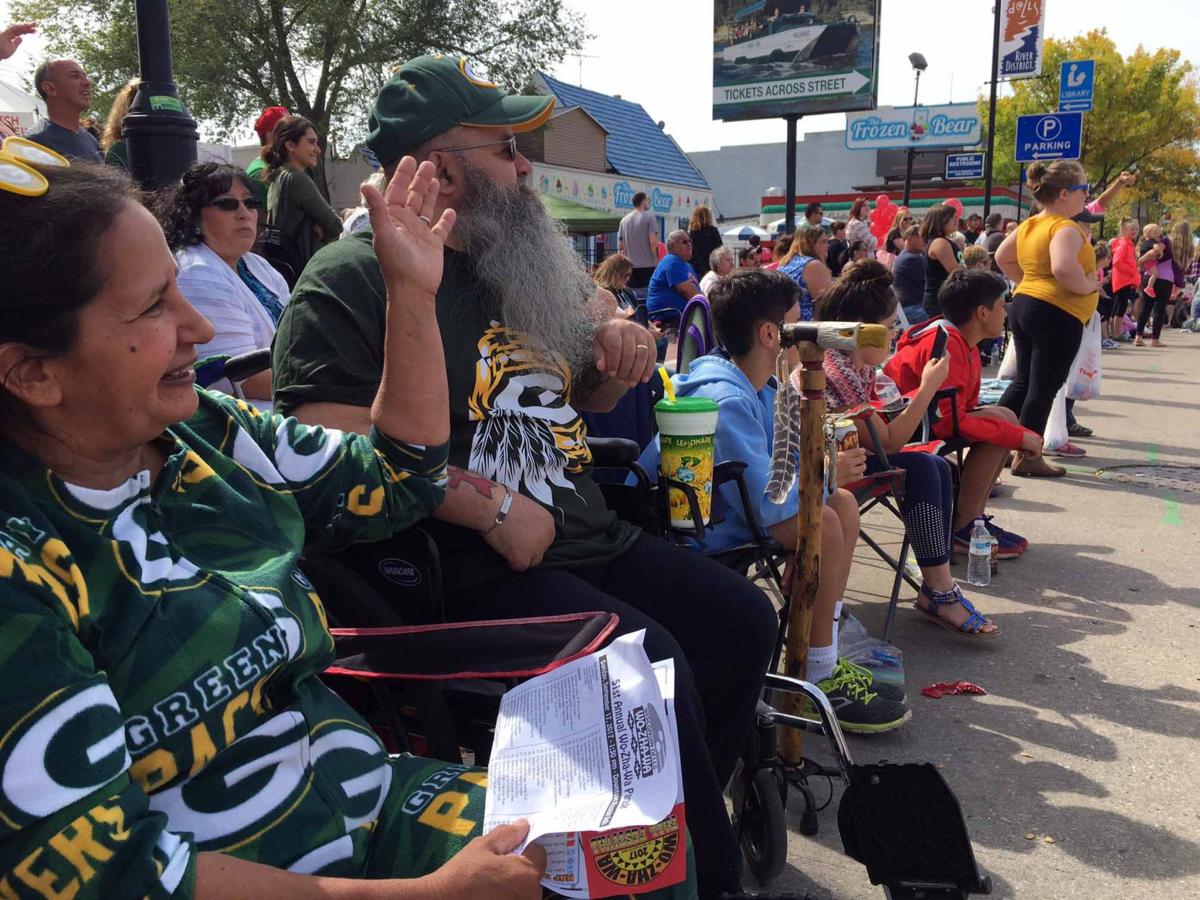 A large crowd watches the 2017 Wo-Zha-Wa parade on Broadway in downtown Wisconsin Dells. 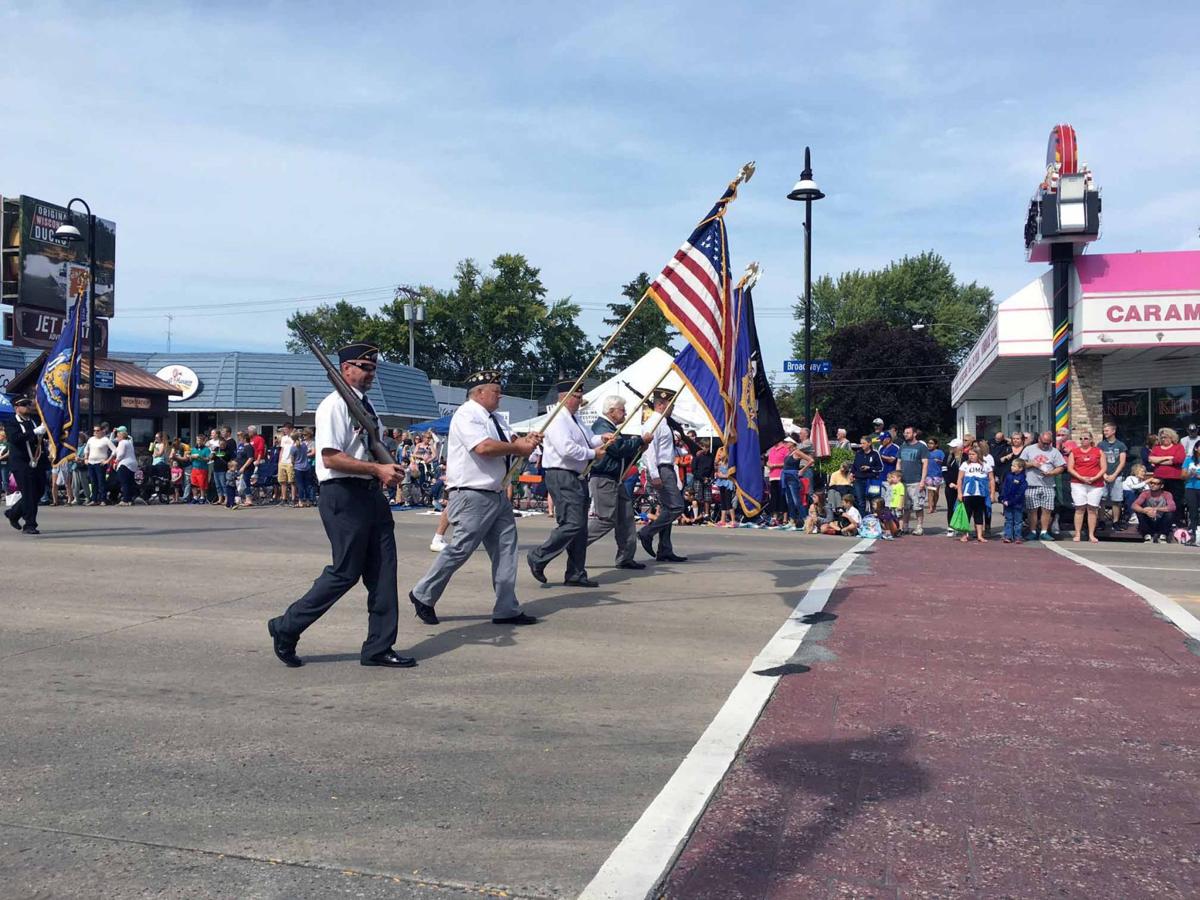 Dells-area American Legion members appeared at the front of the annual Wo-Zha-Wa Parade.

Ever want to see 100,000 people pack into the city center of a town with five percent of that population? Wisconsin Dells’ annual Wo-Zha-Wa festival is your chance.

Running for its 53rd year September 13-15, the fall festival draws a vibrant, massive crowd to the downtown Dells for a wide variety of carnival attractions, musical entertainment and a flea market. According to Wisconsin Dells major Ed Wojnicz, the event draws a staggering crowd.

“It was pretty much a small, local event through 1980, and it was the locals,” Wojnicz said. “You could grab a beer, walk down the street, do whatever… then all of the sudden, the tourists took to it… there’d be 3,000 at the parade in the early years, they’d maybe have 40-50 units in the parade. Now we’ve got up over 100.”

Wojnicz said crowds for the Sunday parade can swell into six figures. People line the streets all the way from Maurer’s Market, up Superior Street, up Broadway and all the way down Vine to the parade’s end. Spectators are 10 rows deep at some points on the parade route.

All this started with a modest event. Back in 1967, Wo-Zha-Wa started as a local carnival meant to benefit local service clubs, such as Kiwanis and Lions. Now, those clubs are still an integral part of the festival today, but the massive crowd means the scope of attractions has increased much further than organizers in 1967 would have thought possible.

“It’s got lots of family activities, there’s an arts and crafts fair, they have a flea market, carnival rides, tons of different food options from the local clubs,” Jennifer Dobbs of the Wisconsin Dells Visitors Bureau said. “They pretty much shut down all of the side streets, and the whole downtown is transformed into an event grounds.”

But even through its growth into one of the essential Wisconsin fall events, Wo-Zha-Wa has never lost its local flair. Every year, two community members are chosen to be the parade’s grand marshals. These people are generally longtime community members with deep ties to the Dells. This year, Farlane Nelson and Duane Gilner will be leading the way down Broadway.

Both have lived in the Dells for decades, and Gilner even marched in the parade when he still worked for the Wisconsin DNR. Now retired, Gilner is enthused to lead the way on September 15.

“They just told me I was the grand marshal for the Wo-Zha-Wa parade,” Gilner said. “I’ve been here since 1954, I worked at the ringer station for fire control for 42 years.”

The parade and carnival aren’t the only things that keep people coming back. The Wo-Zha-Wa run has gone on as long as the festival itself, now managed by the Royston family, owners of the Just-a-Game fieldhouse. According to the signup website for the race, the run is back to its original four-mile route.

“Wo-Zha-Wa is a Ho-Chunk term that means ‘to have fun,’ organizers said on the site. “In that spirit, the 2019 race will be in the fun-run style. A clock will be posted at the start/finish line. No chip timing or results posting.”

A large crowd watches the 2017 Wo-Zha-Wa parade on Broadway in downtown Wisconsin Dells.

Dells-area American Legion members appeared at the front of the annual Wo-Zha-Wa Parade.