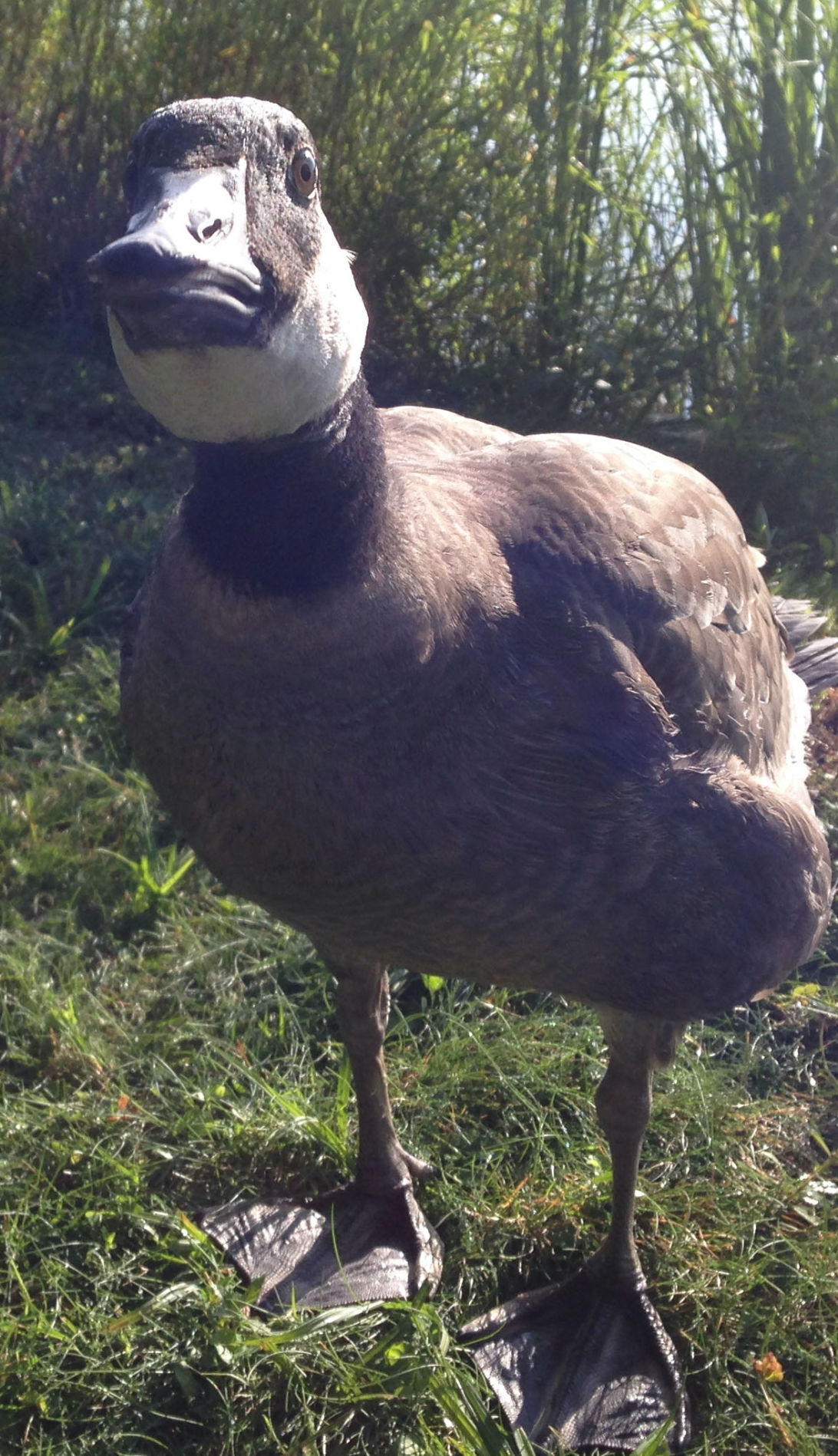 Gertie in her teenage years. 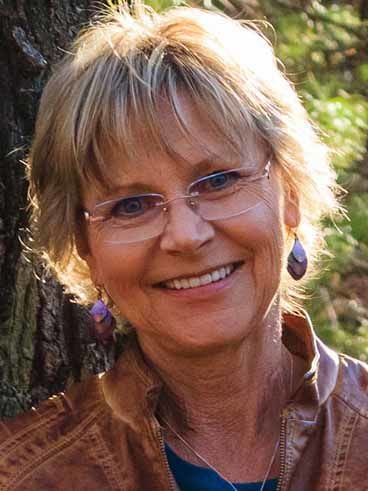 A few weeks ago, I shared the story of fostering Gertie, an orphaned gosling. I had to carry her around in a pouch to keep her happy for the first few weeks we had her since she’d imprinted on my husband and me. I also described her swimming after a paddle boarder, startling the poor woman.

The surprises continued, including how close Gertie, my family, and I would become. She would stretch out her neck, getting her head as close to me as possible, and tell me stories. Soft, whispery wiggle-wiggle sounds. When I gave her a favorite treat, watermelon, she gave me an extra wiggle-wiggle thank you.

This is not to say that Gertie wasn’t difficult. Her rebellious teenage years, beginning at eight weeks old, added to my gray hairs. Gertie and the three pet ducks we had at the time sometimes had free range in our backyard. One day, when Gertie heard the neighbor across the street talking, she decided to pay him a visit. She streaked off and crossed the road. The ducks followed her. I managed to act like a sheepdog, darting left and right, and herd them back that time.

The second time Gertie led the ducks off on a “wild goose chase,” she snuck away. I should have been suspicious. Gertie had spent the day grooming her newly developed, looking-good, blue quilled tail feathers. My husband was grilling out, so we were checking on them every few minutes. When I realized they were gone, I called my usual singsong “Duck-duck.” Previously, they’d come running when they heard that call, but that evening there wasn’t an answering honk-quack or flapping of wings. We searched the fringe of woods, their pen, the front yard, the neighbors, and their favorite resting area where I often set out kale or other treats. But they were gone.

I searched harder, even stepping into the poison-ivy laden woods bordering our property. I hiked through neighbors’ backyards calling “Duck-duck.” You can imagine how stories about my craziness circulated around the neighborhood.

Finally, I drove around checking with anyone who was outside. I tried not to imagine seeing their flattened bodies from a car or scattered feathers from a dog or one of the foxes I’d spotted recently in the neighborhood.

I searched for two hours, sure I’d never see them again. They only had the start of flight feathers and were too young and innocent to survive the night.

LAUNDRIE: Thoughts from an old pine

Heartsick, I stood on our deck, not sure what to do. Then, precisely at 8:15, the time we usually penned them up for the night, I heard a honk-quack. With an extra-excited flutter of wings, they scooted up to the back door. They’d come home!

After a finger shaking and a scolding, I studied them. Where had they gone? What adventures had they had? They weren’t saying. Darn those teenagers.

I tucked them into their pen. I might have been overly generous with the duck food and watermelon treat that night.

LAUNDRIE: Getting through dark times

Our teenagers obviously needed more adventure, so shortly after their sneaking out, we brought them to our northern Wisconsin cabin. There, they had an entire lake to explore. One day they followed us on a kayak adventure. When we paddled too fast, one duck, Doc, got tired. My husband swept his arm behind her, scooped her up, and settled her on the back of his kayak. Doc rode until she’d rested, then slipped off to paddle alongside again. When she tired once more, she hopped up on her own. Our teens still needed us, but they were becoming more independent all the time.

On Aug. 6, after having them for three months, both goose and duck could fly short distances. That night, hoping to ease them into independence, we didn’t pen them up in the cabin’s garage. How would they handle the lack of curfew, the freedom to stay out all night? We hoped for the best.

I slept fitfully. When they were in the garage, they (and I) could rest knowing they were safe from coyotes and other predators. But in the wild, one of them would have to stay alert. Could they keep watch all night? If they were hiding in the grasses and a coyote or weasel attacked, would they be fast enough to scoot into the lake? Would they be able to handle the challenges of this scary and wild world?

At 5 a.m., I hurried down to the water. Heavy fog made it hard to see. “Gertie! Doc!” I called. I stepped toward the shoreline of grasses. When a flock of ten wood ducks flushed, I jumped. Gertie and Doc swam out of the mist toward me.

They’d been with the woodies, sleeping around with strangers, and I couldn’t have been more proud.

Tune in next week for the Gertie moment that is one of my most treasured memories.

Amy would love to hear some of your favorite pet memories. Contact her at laundrie@live.com.

I was anxious to return to our cabin that August three years ago to check on Doc, the mallard, and Gertie, the orphaned goose we’d raised. Get…

‘Disney World is unlike anything you’ve ever experienced,” friends told my husband and me at dinner one night. “You have to go.”

Holidays such as Memorial Day, Mother’s Day and Father’s Day can be sad ones for those of us who have lost our grandparents and parents. If yo…

Gertie in her teenage years.