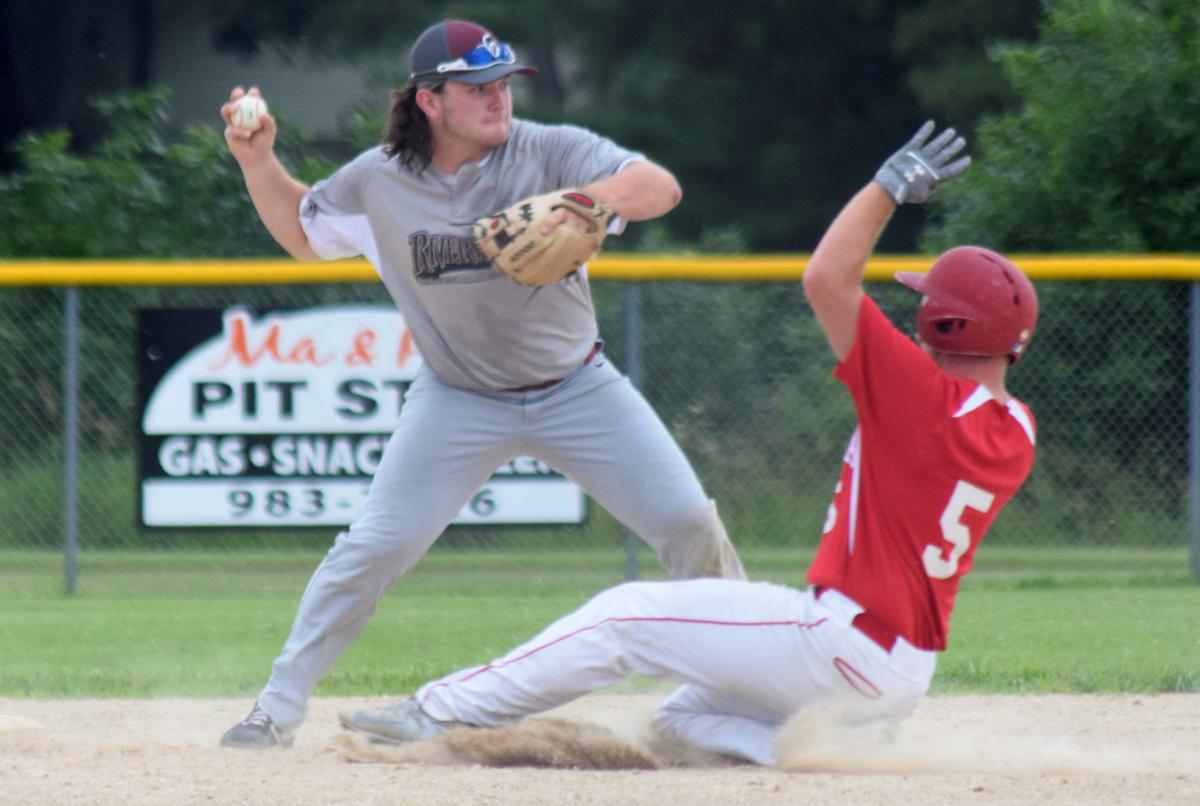 Wisconsin Dells Rivermen's Travis Hudack readies a throw to first base to finish off a double play during the sixth inning of a Northern Section game against Cazenovia last season. The HTL Executive Board officially voted to call off the 2020 season last Friday. 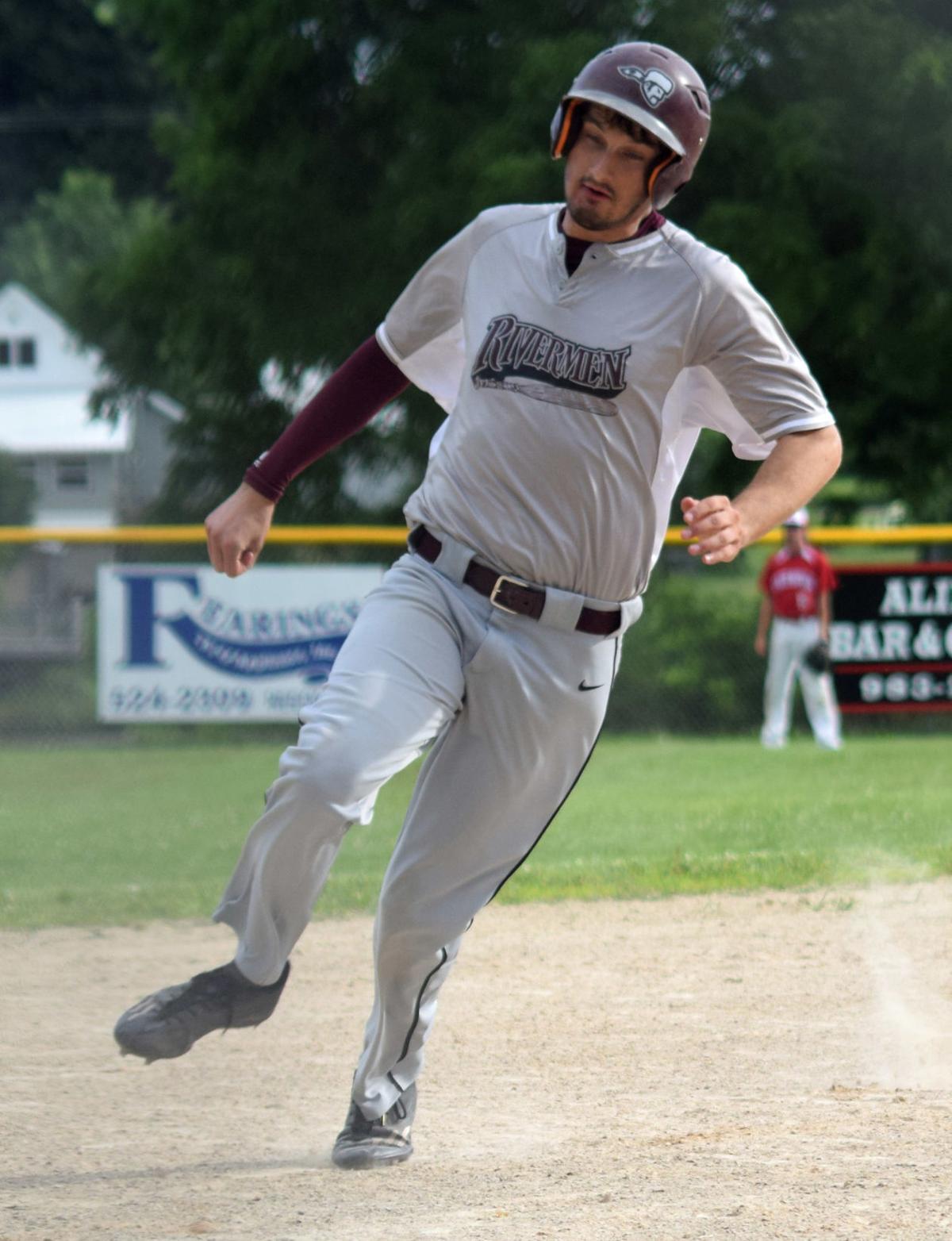 After delaying the start of its Sunday League season twice and trimming the schedule in half, mounting challenges due to the COVID-19 pandemic forced the Home Talent League executive board’s hand last Friday.

With the rescheduled opening day just over a week away, escalating insurmountable roadblocks drove the league to vote to call off the entire 2020 season.

“After months of following the coronavirus pandemic and the effects it is having on our society, we have decided to cancel the 2020 season as a league,” commissioner Pat Reilly wrote in an official statement sent to the Wisconsin State Journal. “With the recent spikes in cases it does not look like Phase 3 (of Dane County’s Badger Bounce Back plan) will be reached anytime soon.”

The 40-team adult amateur baseball league, which made its debut in 1929, has teams in cities and communities throughout Southern and Southwest Wisconsin. After an initial positive COVID-19 case was reported by a player two weeks ago, Reilly proposed a three-strike policy that if two more cases were confirmed, the league would end the sponsorship and postseason for 2020.

“The league did a pretty good job of keeping the managers informed of what was going on, and of course we got to that July 4 date and they made the three strike rule,” Wisconsin Dells Rivermen manager/player Aaron VanSchoyck said. “Late last week they got strike three and that led to the cancellation, but we saw it coming.”

The decision by six teams, including defending champion Verona, along with Monona, West Middleton, Lake Mills, Mazomanie and DeForest, to withdraw from league play complicated matters and things only more compounded by the Badger Bounce Back guidelines. Baseball fields inside Dane County are still unavailable, putting an even more stress on half of the league’s competitors.

While he doesn’t think the six teams pulling out of the restart swayed the league’s decision, VanSchoyck believes it opened some eyes.

“The league would have adapted in making a schedule and maybe switching the divisions around for a year because the playoffs were already different. So I don’t think those initial teams dropping right away (impacted it), but it seemed like that last week leading up to the start, a couple teams had a change of heart,” he said.

While the official HTL season and subsequent postseason have been canceled, leading to the first season without a league champion since 1948, some teams have already been playing non-league game. Reilly and the rest of the executive board have given teams the green light for that to continue.

The Rivermen are among those teams to have already shaken off the rust. Wisconsin Dells played Reedsburg in three exhibition games, dropping two of the three games to the Pirates.

VanSchoyck said that Reedsburg and fellow Northern Section foe Plain have expressed interest in still playing, and he is in talks with Portage, Montello and Stoughton about potential games depending on their decisions.

“We’re working on trying to get something going; we had a chat with the team saying ‘If you’re still comfortable playing, we’ll work on getting some exhibition games.’ Everybody kind of seems to be on board so we’ll go ahead and try to be as careful as we can,” VanShoyck said.

Getting some games in this summer will be vitally important for Jakob Millard and Dylan Nevar ahead of their respective collegiate seasons at Hamline University and Western Michigan. On top of keeping their mechanics sound, VanSchoyck knows how large of a boost exhibition games, regardless of how many, can be looking ahead to 2021, when players could drop off following the lost season.

“I can’t really speak for other teams thinking if they shut down their whole season how they might be impacted, but our guys seem pretty eager right now. Even if we play five or six more games, I think that’s a good sign for next year that they’ll be ready to go.”

Wisconsin Dells Rivermen's Travis Hudack readies a throw to first base to finish off a double play during the sixth inning of a Northern Section game against Cazenovia last season. The HTL Executive Board officially voted to call off the 2020 season last Friday.