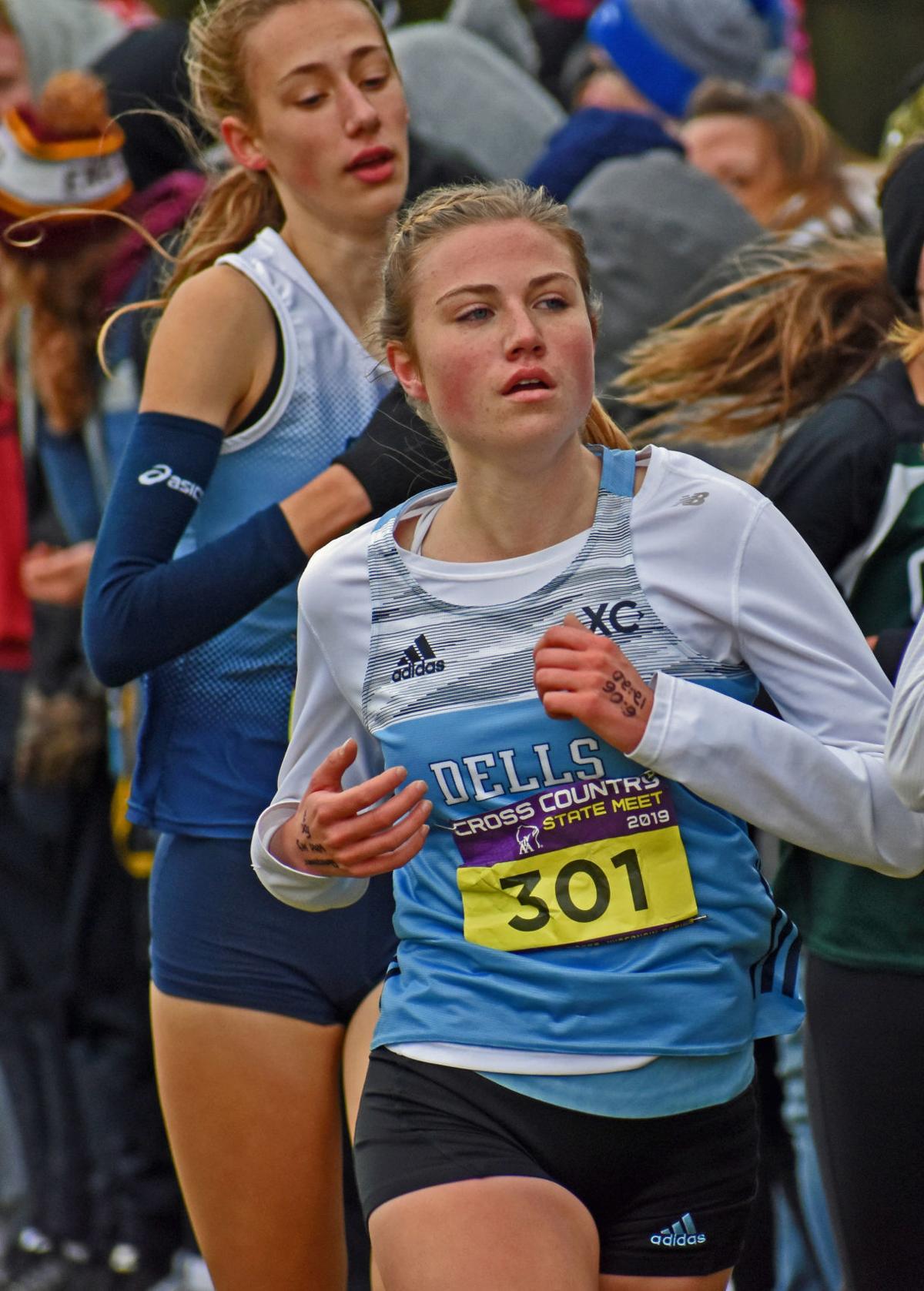 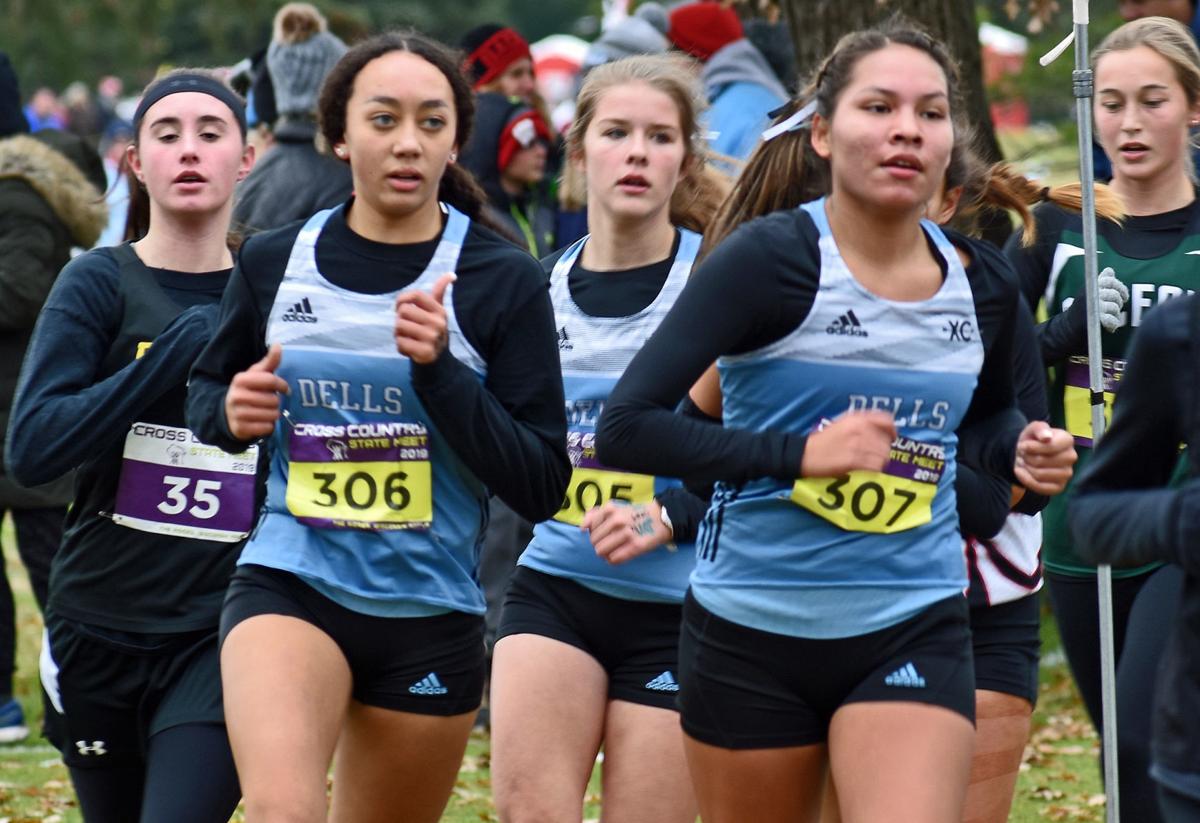 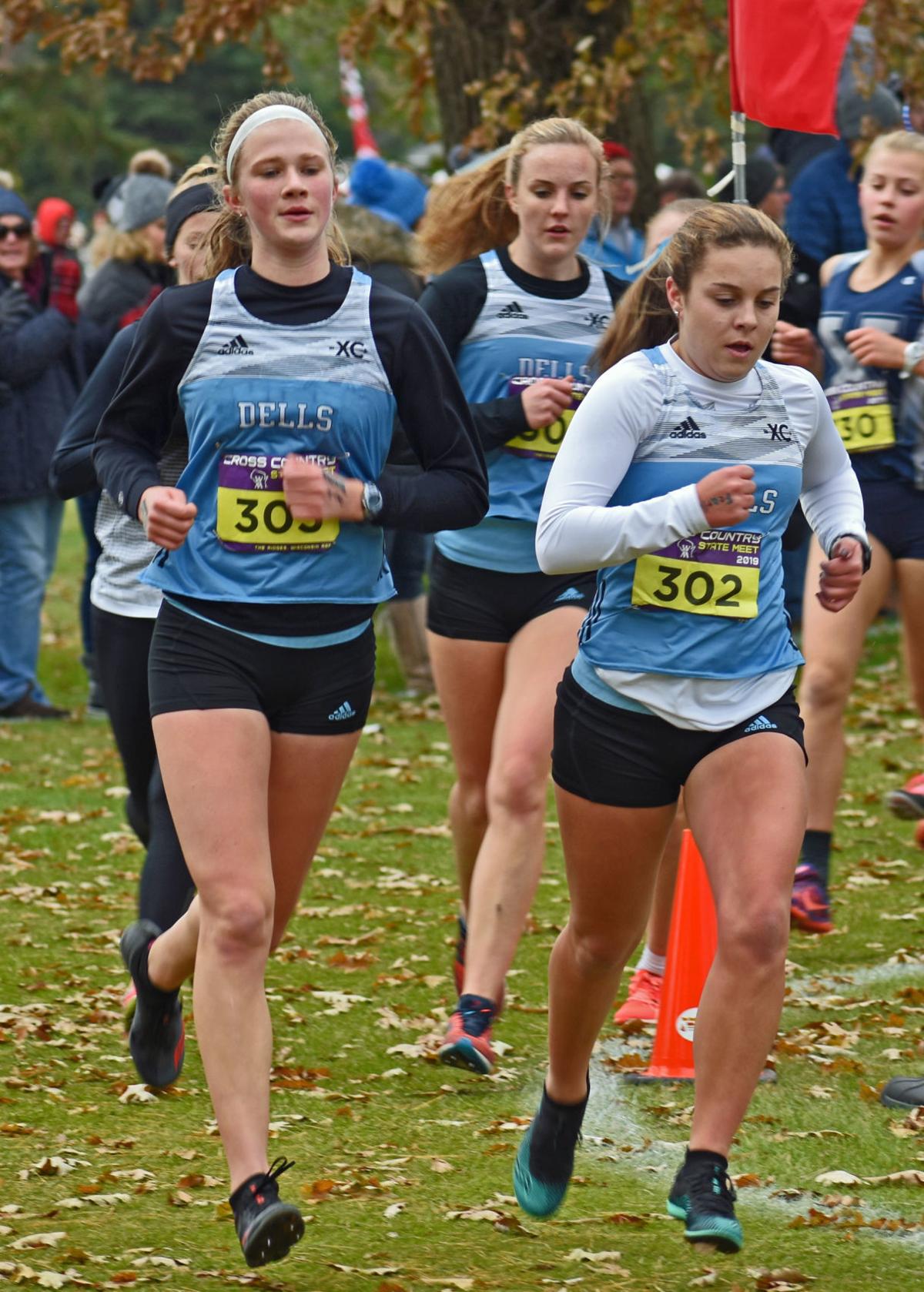 WISCONSIN RAPIDS — Wisconsin Dells senior Laura Beghin has had better races at the WIAA State Cross Country Meet, but her final race at the Ridges Golf Course in Wisconsin Rapids was still one to remember.

Beghin, who finished as the Division 2 girls state runner-up her first two seasons, before finishing eighth last year as a junior, became a four-time medal winner at the state meet after finishing in eighth place on Saturday with a time of 19 minutes, 17.3 seconds.

“That’s exactly what I wanted. It’s been a rough ride over the years, getting injured so many different times. I’m so grateful that I can even run in the first place,” Beghin said of her finish. “I appreciate this sport so much. Like I said, being hurt, it made it a lot harder to finish during races this season, just because the sprinting really sets off the injuries. But I’m so happy to be here and how I ended up finishing.”

The finish for Beghin helped Wisconsin Dells finish in 11th place out of 16 teams in the final team standings with 237 points. Shorewood won the Division 2 state title with ease, finishing with 61 points.

“Laura finishing in the top 10. That was our goal coming in,” Wisconsin Dells coach Dean Knetter said. “Our ultimate goal for the ladies was to win a state championship. Everyone gave their best effort and smiled every mile.”

Winning the Division 2 girls race was Southwestern/Benton/Cuba City sophomore Kayci Martensen, who finished with a time of 18:19.9. Beghin wasn’t too far behind the race leaders early in the race. At the 1-mile mark, Beghin was sixth with a time of 5:52. She moved up to fourth at the second mile, but wasn’t able to hold that position during the final third of the race.

“Throughout the whole race, I was a little bit surprised how high up I was, but I found a good group to stick with,” Beghin said. “They were great at pacing and it worked out well. The finish was a bit slower than I wanted. I’ve been getting really dizzy the last couple races during the finish and sprinting isn’t my strong suit. Otherwise, it went exactly how I planned.”

“She obviously went full out the first two miles, and that last mile just gave all she had,” Knetter added of Beghin. “Finishing off a four-time medal-winning career is pretty unheard of.”

The other senior to finish her high school cross country career for Wisconsin Dells was Lindsay Cunningham, who finished 41st overall in 20:19.8. It was a huge improvement for Cunningham, who was 82nd in 21:06 at the same meet a year ago.

Cunningham ran during the first half of the race with teammates Hailey Anchor and Emily Cunningham before pulling ahead late.

“Our first two miles were awesome, then I just needed to hang in there the last mile,” Cunningham said. “It was nice to have the two girls next to me, Emily and Hailey.”

With Saturday’s run, Lindsay Cunningham and Beghin joined former Wisconsin Dells runners Monica Jaled and Taylor Campbell as the only athletes in program history to run at the state meet four times.

“It’s definitely been an awesome four years,” Lindsay Cunningham said. “You couldn’t ask to do it with anyone better.”

Beghin agreed that it had been a memorable four years.

“It’s been so crazy. This whole week has been the hardest week of my whole career. I’ve just been crying with these ladies about it being the end and being such best friends with all of them,” Beghin said. “It’s been hard. Since I started running in 6th grade, I wanted to be at this level, and I thank God every day that I’m at this level in the first place. It’s been an amazing career. There have been a lot of ups and downs.”

Anchor was the third Wisconsin Dells runner to finish on Saturday, crossing the finish line in 85th place overall in 21:12.6. Emily Cunningham finished 98th in 21:38. Finishing as the fifth runner for the Chiefs was sophomore Destiny Whitebreast, who was 127th in 22:17.7.

Saturday’s race was the fourth year in a row the Wisconsin Dells girls had run as a team at the state meet. The highlight during that stretch was a runner-up finish in Division 2 in 2017. Other team results during that stretch included a ninth place last year and a fifth place in 2016.