A Hungarian nobleman stood on his piece of land. It was a beautiful place above the Wisconsin River. The Sauk Prairie, on which he stood and surveyed, was verdant. Edenic. He wanted to plant roots here. He wanted to build something; create something lasting and good.

Agoston Haraszthy had only been in America for about a year. He left Hungary in 1840. He left for America, he wrote, “for one reason only – namely, to see the blessed country for myself.”

Blessed he felt, in Wisconsin. So much so, he laid out a town, later to be called Sauk City. He built mills, raised grains, kept sheep. He started a store. He owned and operated a brickyard. He ran steamboats up the Wisconsin and Mississippi Rivers. He donated land for Sauk City’s first school and first Roman Catholic Church.

He also, wanting to plant roots, planted roots. He was one of the first men to plant a vineyard in Wisconsin. He planted grapes and dug wine cellars above the river. The cellars and slopes are today home to the Lake Wisconsin American Vinticultural Area and the Wollersheim Winery.

The Wollersheim Winery opened in 1972. Celebrating its 50th anniversary throughout 2022, there are still plenty of celebrations forthcoming, including Ruby Nouveau Day on Nov. 17, when the winery will have a barrel topping. Festive Fridays happen throughout December, on Dec. 2, 9, and 16, when the winery will be bedecked in holiday lights and music, with holiday specials to be had at the on-site bistro.

“We didn’t choose Wisconsin, Wisconsin chose us,” said Julie Coquard. Julie is the daughter of the Wollersheim Winery founders, Bob and JoAnn Wollersheim. She operates the facility with her husband, Wollersheim’s winemaker, Philippe Coquard.

“This is where our family is from and the history of this property is steeped in winemaking and brandy distilling back to the 1800s.” The on-site distillery opened in 2015. “Our history,” she continued, “is a part of the foundation of the Wisconsin wine industry.”

From family to family, from row to row of wine grapes grown, the piece of land has been beloved by those who lived on it and worked on it. Wisconsin’s harsh winters proved challenging for Haraszthy and the lure of the California Gold Rush pulled at him. He left Wisconsin for San Diego in March 1849. He would, alongside Junipera Serra, become the “Father of California Wine,” introducing to the area 300 varieties of European grapes.

Meanwhile, over Sauk Prairie, his Wisconsin vineyard still stood. It was purchased by Peter Kehl, a German immigrant who built the structures still standing on the sprawling lush Wollersheim property. Kehl planted American grapes. His family made wine and brandy. But, after a harsh winter in 1899, they converted the land to a conventional dairy farm. It was that way for decades, though the spirit of Haraszthy and Kehl remained there in the fertile soil, the blue skies, the riffling river.

“Our family bought the property in 1972 with the intention of restoring it into a working winery, complete with vineyards and wine cellars,” Julie Coquard said. Her parents knew a thing or two about wine. They sold winemaking supplies out of their garage in McFarland. While Julie’s father worked on the Hubble Telescope program at UW-Madison, he was partnering in the Wine and Hop Shop on Monroe Street in downtown Madison.

“When we first started,” Coquard said, “there were very few grapes grown in Wisconsin and there were even fewer wineries.” She continued, “We had to experiment with different varieties that could thrive in the Wisconsin climate.”

The first wine made from grapes grown on-site was Sugarloaf Hill White in 1976. A barrel-aged, dry white wine, the name Sugarloaf is still used for the vintage dance hall located on the second floor of their historic winery building.

“It wasn’t until the release of Prairie Fumé in 1988 that things really took off,” Coquard said. “This was the wine that Wisconsin was looking for.”

Philippe Coquard concurred. “We always say that without Prairie Fumé, life would have been a lot different for us and for wine in Wisconsin. It opened the door for everything.”

Philippe is from the Beaujolais region of France. He is a 13th generation winemaker. The Coquard family have been making wine since the 1500s.

“The lifestyle of a winemaker and the relationships with my family,” he said, “gave me the passion to pursue it.”

Prairie Fumé is an American Seyval semi-dry wine. A national gold medal winner, three times over, it has highlights of citrus and mango. Other wines created on the property include, among others: Domaine du Sac, an estate-grown dry red wine, aged in oak; White Port, a sweet port wine that has grape brandy added to it; and Eagle White, an estate-grown, semi-dry white wine made with St. Pepin and LaCrosse grapes.

“Being a family business,” Julie Coquard said, “our proudest moments are often those special milestones we get to celebrate with one another.”

Celebrating 50 years with the public is a milestone. Julie’s father passed away in 2005 after a battle with brain cancer. The business is now run by her and her husband. Their oldest daughter, Celine Coquand-Lenerz, is a future winemaker and married to the Wollersheim distiller, Tom Lenerz. Julie and Philippe’s oldest son, Romain, is chef at the Wollersheim Bistro. Julie’s sister, Eva Danner, runs Wollersheim’s sister winery, Cedar Creek Winery, located in Cedarburg, with her husband, Steve Danner.

Wine is in the Wollersheim blood. The grapes growing over the river have grown, time and time again, under the watchful eyes, and careful hands of those who have cared, creating beauty and beautiful tasting wines for generations.

In March 2007, Agoston Haraszthy was inducted into the Vinters Hall of Fame by the Culinary Institute of America. A long time and a long way from the Sauk Prairie, and yet, he’s still in the cellars dug into the hillsides, still wandering amid the vines, undoubtedly raising a glass to celebrate the Wollersheim’s family on 50 years.

A Wisconsin Dells man appeared Monday in Sauk County Circuit Court after being charged with forcing a teenager into a sexual act in September,…

One of the two men charged in April with sexually assaulting a child for more than a year faces new allegations of child enticement, exposing …

Beyond Blessed: Pantry volunteers catch their breath after high turnout for Thanksgiving meal

At Beyond Blessed Food Pantry in Baraboo, Thanksgiving came on November 16 to a crowd of 649 families where around 600 had initially been expected. While need has increased steadily over the last year, Executive Director Shannon Howley says she was in a bit of shock over the sheer volume of people she and her volunteer team served Wednesday.

Sauk County supervisors unanimously approved spending more than $865,000 to upgrade a railroad bridge in Merrimac during their meeting Tuesday…

A foundation of friends are found on Baraboo’s college campus

Baraboo's Friends of the Campus Foundation has helped support the University of Wisconsin-Platteville Baraboo Sauk County campus since 1973.

On November 24, from 10:30 am to 2 pm, there will be a free Thanksgiving meal held at the Saint Aloysius gym, 608 Oak Street, in Sauk City, it’ll be a place to celebrate the holiday with food, family, and friends.

A new story about Baraboo from a man from Baraboo

Bill Meissner, a former resident of Baraboo, has set his new novel, 'Summer of Rain, Summer of Fire' in and around Baraboo.

The Sauk County 4-H program celebrated the efforts of 55 4-H club members and 98 volunteers at a recent awards ceremony.

Significant injuries were reported after a driver was speeding and lost control of a vehicle Saturday in the town of Delton, hitting pedestria… 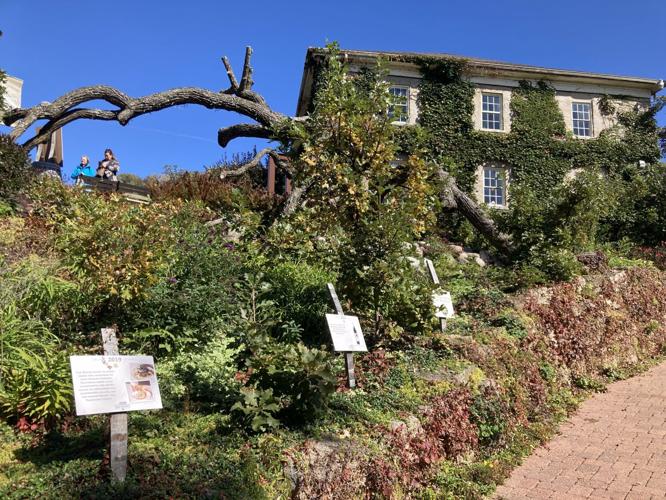 The Wollersheim family is celebrating its 50th anniversary at its winery located near Sauk City along the Wisconsin River. 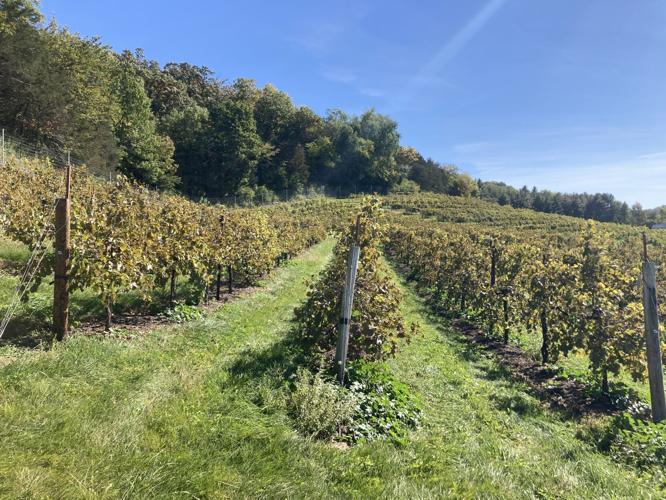 The first vineyards on the Wollersheim property were planted in the early 1840s. 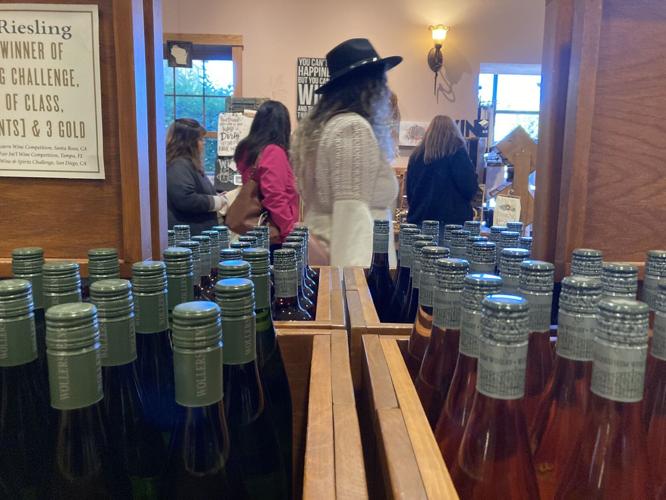 Wollersheim Winery, celebrating its 50th anniversary, has a bustling shop, a bistro, and more on its vast property. 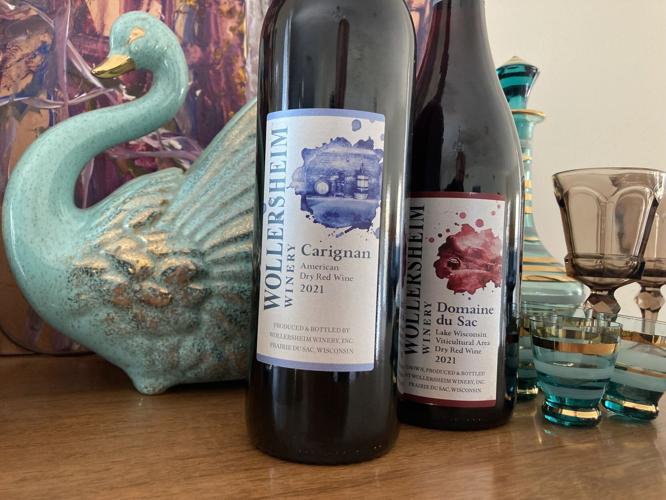 Wollersheim Winery, celebrating 50 years, has a variety of wines to choose from. Their Prairie Fumé wine has won national awards. 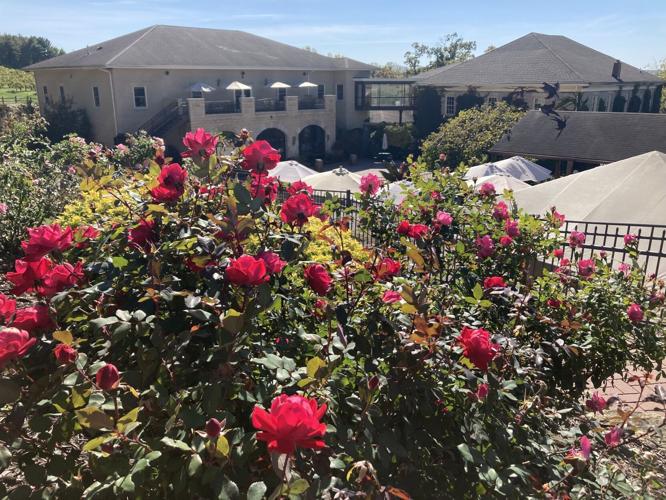 The Wollersheim family purchased the property in 1972. Celebrating 50 years, the property also includes a distillery that opened in 2015.