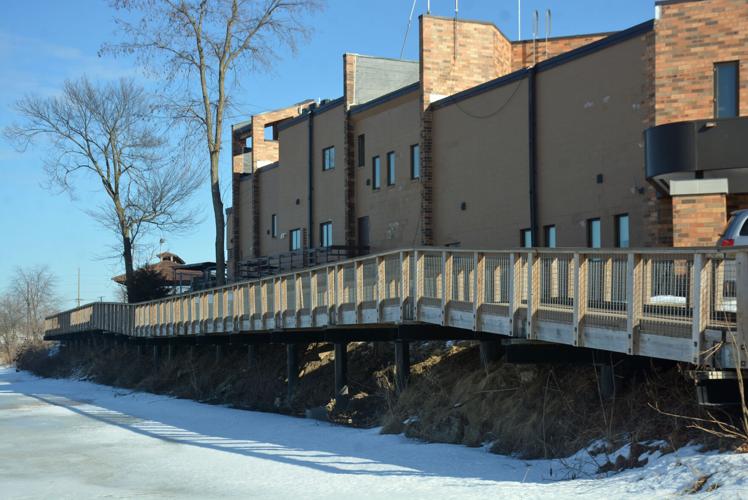 Erosion behind city hall in Mauston is causing potentially catastrophic damage to the sidewalk and building, though officials say the river walk is safe. 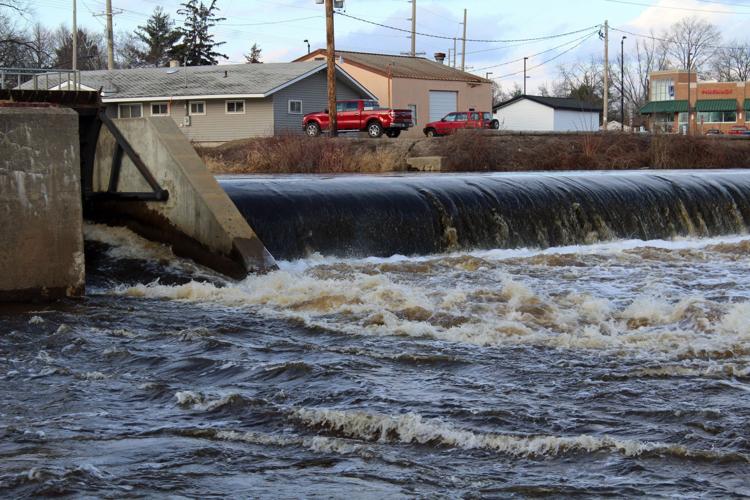 Mauston City Administrator Randy Reeg says the erosion is right now limited to the city hall lot, with rip rap below the dam on the Lemonweir River doing its job to help protect against erosion.

The shoreline behind Mauston City Hall is suffering from issues with erosion, leading the city to begin a study on stopping the erosion while simultaneously not using features in the back of the building due to safety issues.

“When they installed the river walk behind city hall in about 2014 they removed a lot of large trees growing along the shoreline to install the boardwalk,” Mauston City Administrator Randy Reeg said. “I don’t know if that was completely the precipitating factor, but subsequent to that there was a significant amount of erosion happening down the hill from city hall to the water – a lot of soil loss, a lot of soil movement that is happening.

The erosion has caused issues to both the shoreline and the city hall building. Reeg said the sidewalk behind city hall has moved several inches “very drastically” in the 3.5 years he has served as administrator, and there are cracks on city hall’s façade that are extending through the foundation.

“We don’t want the shoreline to wash into Lake Decorah, we’re already working to make Lake Decorah better so we don’t want it to fall in the lake,” Reeg said. “We’re a little dramatic saying the back of the building will fall into the river, but some of that is theoretically true – the building isn’t going to break in half… but you can see bricks breaking and falling down, you can see the cat walk warping and twisting.”

Reeg said the issue is at least partially caused by water coming off the building. The down spouts for the building do not reach water level, but instead spill onto the walkway “exacerbating the problems and accelerating the erosion.”

“We’ve done some work back there to stop some erosion, we’ve patched and filled some of the gaps along the walk, but it’s to a point we can’t keep patching it because it’s clearly a problem,” Reeg said. “We’re having an evaluation of the shoreline done to see what needs to happen to stop further erosion of that, what the theoretical price tag of that will look like.”

The city had an engineer out to look at the site last week, but are not ready to put together a construction plan yet. Reeg said the city is working to determine the scale of the work needed and a price tag, but this year is about determining what the city needs to plan for in the future and not starting the project.

“If the financial implications are high enough that we’re going to sink millions and millions of dollars into a building that is 40 years old and still need other maintenance we’re going to have to do our due diligence,” Reeg said.

He estimated the cost would likely be between $2 millionand $10 million, compounded by working around city hall and the board walk.

“We have a building shedding water, and we took out nature’s seawall which was all the giant trees growing along there and accelerated it,” Reeg said. “I’m actually kind of surprised that at the time of the river walk project this wasn’t thought of and measures taken at the time to shore that shoreline up.”

For now the problems seem to be isolated to the city hall lot. Reeg said the city has no plans to close the river walk as it is currently safe and unaffected by the erosion, but the city has stopped using the catwalk and the doors on the back of city hall out of “an overabundance of caution.”

43-year-old Heath Fjorden has been charged with five felonies in relation to an explosion at Beagle's Bar and Grill in Lyndon Station on Sept. 1.

The City of Mauston laid out a new special events policy at its common council meeting on Sept. 13.

There was an explosion at Beagles Bar & Grill, a tavern on Flint Street in downtown Lyndon Station, on Sep. 1.

The suspect in the Sep. 1 explosion at Beagles Bar and Grill in Lyndon Station is currently awaiting formal charges while being treated for burns and detained by the Juneau County Sheriff's Office.

Pvt. Alycia Zander, a native of Necedah who graduated from Necedah High School in 2022, is making an early impact in her first few months with the United States Marine Corps.

Erosion behind city hall in Mauston is causing potentially catastrophic damage to the sidewalk and building, though officials say the river walk is safe.

Mauston City Administrator Randy Reeg says the erosion is right now limited to the city hall lot, with rip rap below the dam on the Lemonweir River doing its job to help protect against erosion.